Red for our Hero 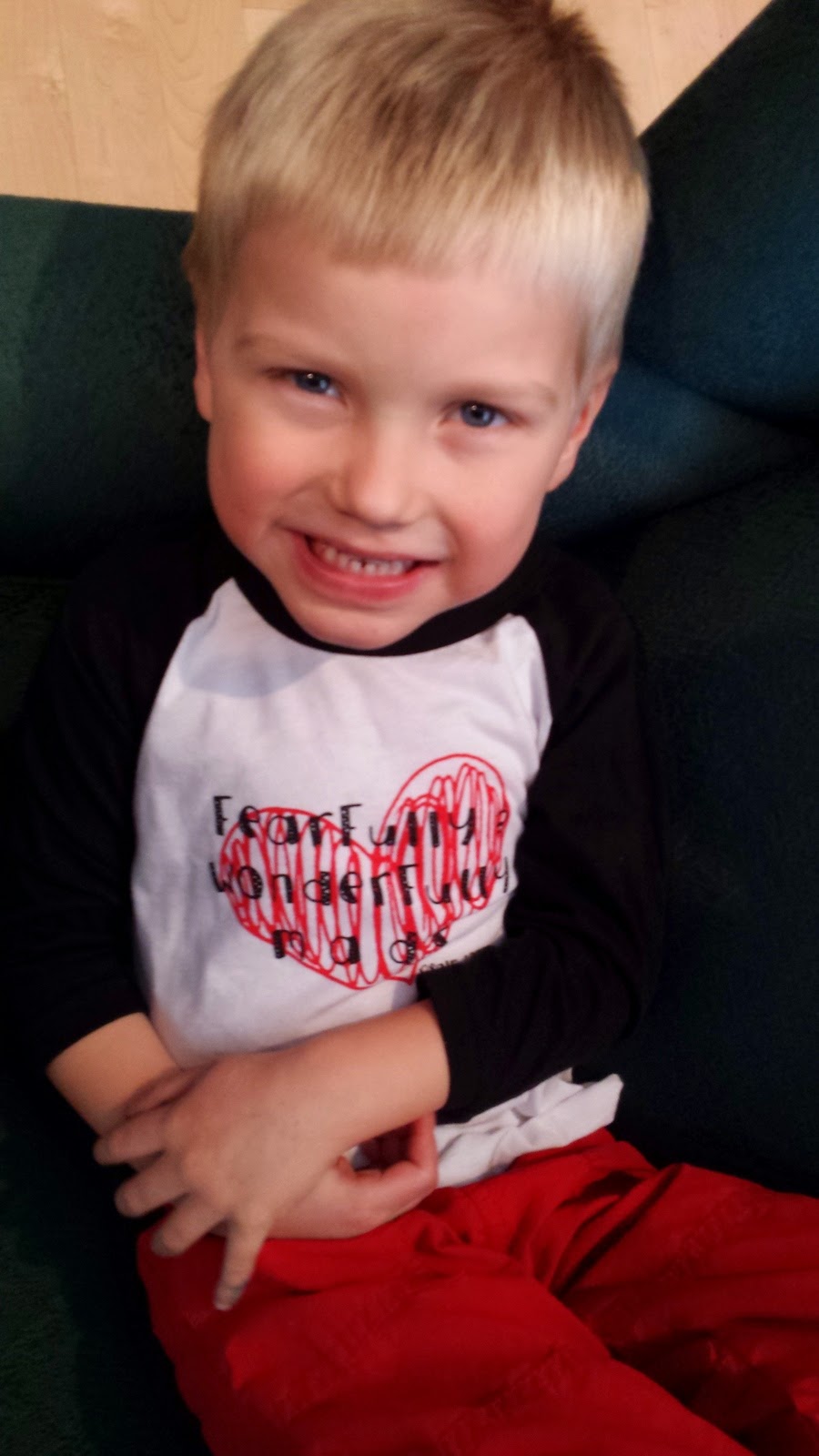 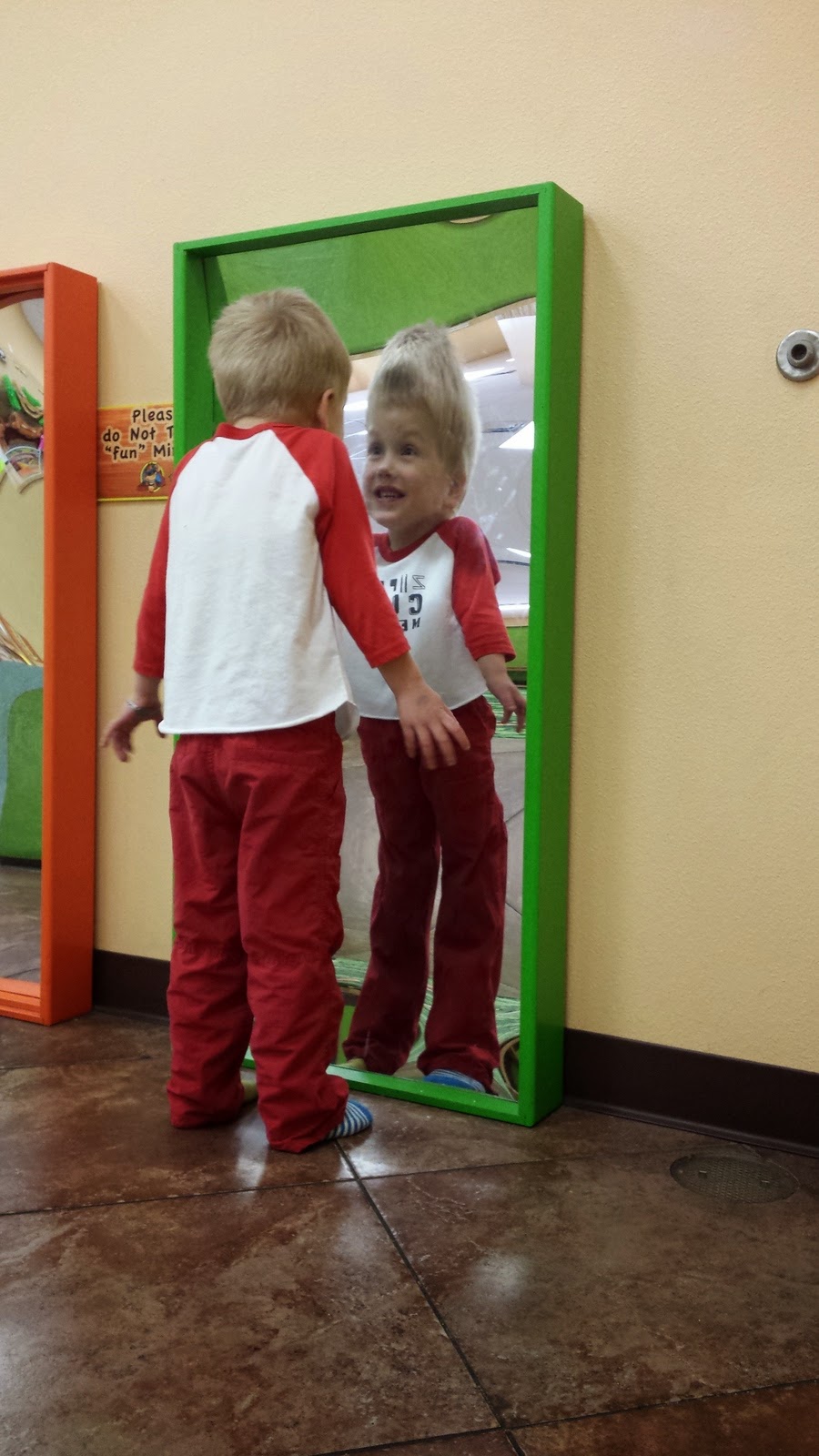 He ROCKED his Electrophysiology appointment today.
Rocked it.
Satting 94% and grew another inch.
Still at 39 pounds, but at this point, he's been that weight for so long, I'm assuming he'll be 6'4" and 39 pounds as a fully grown adult.

But as far as the heart stuff, he's looking good.
He's complicated.
Really complicated.
Complicated like a super difficult version of Sudoku where you have an open spot that could have any 1 of 9 numbers, but really can only use one and you have to look 9 different ways to make sure everything else is coordinating appropriately. Oh, and whatever number you do put in will change approximately 9,958,789 numbers elsewhere on the board.

But we already knew that.
We're extra thankful today for a brilliant Electrophysiologist who can think around the parameters of Bodie's complex little heart (as he said today, Bodie's pacer issues are so complex, it's sort of like adding a 3rd major complication in - 1) HLHS, 2) CPVT, and 3) Pacer issues. Awesome.).
But, with a lot of patience and brainpower, thankfully, he figured out a way to make it all work.

Surgery is still on the horizon (not open-heart, but heart surgery nonetheless, to clip the nerve that sends adrenaline to his heart). And it has a huge potential upside for Bodie. But we're all in agreement that it's not the right time for it now.

Bodie's in a good spot right now. Thriving. Living his life. Making big strides socially at school. So we're going to leave him be and let these strides keep happening. It's a sweet spot to be in. 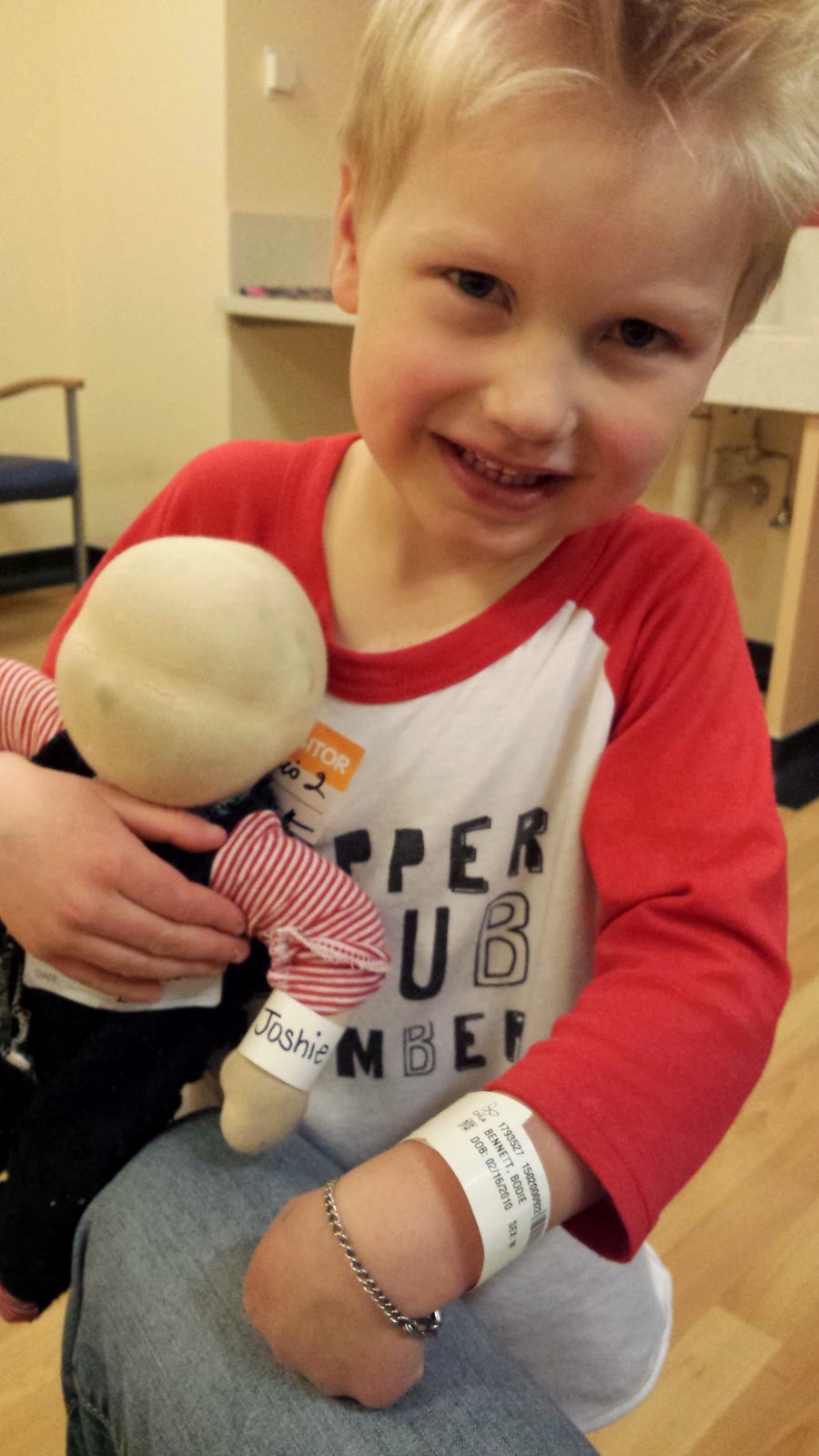 Please help us honor our sweet little dude, and all of his heart buddies here and in Heaven by wearing red, along with us, on Friday, February 6th, National Wear Red Day. (Yeah, yeah, I know - that's national wear red for women's heart disease or something like that - but, what can I say, until CHD has its own day, that's as close as we're getting, so we're taking it.)

Please grab that red shirt or sweatshirt, throw it on and think proudly of Bodie next Friday! And pass the word along so that others can participate as well! And email me pics here or on Facebook or text (whatever way you have to get ahold of me) - and let me know where you're wearing your red. And I'll put together a video like we did last year!

And if you need a little inspiration, check out this gem I made for Make a Wish. We were recently invited to a Make a Wish event to share our story, and I made this video for that event. Enjoy.


(if you can't see it, the video can be found here)

CHD awareness week is coming up February 7th. Everyone in the heart community is getting their ducks in a row. They're buying their heart shirts, they're making their Facebook banners, they're getting their blogposts ready. They're SUPER excited, planning really cool stuff, getting ready.

And I'm over here in the corner, hunkering down in my shirt, just staring into my lap, wishing it to speed on by.

I think that's sort of blasphemy to say in the heart community.
I hope I don't lose my heart mom card for saying that.

But it's just the truth.

I never used to mind it. Used to love it and get all on board. But not this year.

I want to bury my head in the sand and pretend everyone has this outcome.
I want to look away from the CHD community and pretend it'll always be this way.
I want to pretend that this ½ a heart, with its crazy new circulation, will last forever.
I want to ignore the reality that, at 4, this may be the best my son's body will ever be.
Because that's easier.

But then, CHD awareness week comes along and yanks me out of the sand and says "LOOK AT ME! Look at CHD! Look how awful it is! Look what it does to poor, unsuspecting families! Look at the children who don't live to see their first birthdays! Look at the kids who were doing great one day and in the ICU the next. Look at adults who ran out of their "borrowed time!" CHD is awful and no one is ever safe. And you never will be either. Your son's battle with CHD will never be over; he will never be fixed."

And then I have to think about it.

I think about it every day, anyway.
That's a part of being in the heart community, of reaching out and providing support to one another.
And this is where I've been called, so it's where I happily stay. I love my heart community.
But I think about it in small doses each time.
I have time to absorb each individual loss, the pain, the staggering number of children who lose their battle with CHD. And, somehow, it becomes a tiny bit more manageable that way. But then, CHD awareness week comes along and I have to try and absorb it all at once.

And it's too much.

Because CHD is awful.

Kids and adults are taken way too soon.
I can't even breathe when I think of the sweet souls I've known who've lost their battles.
Travis. Wyatt. Isaac.
My list goes on and on and on. Those were just the first I knew personally.
For the ones who are still fighting, far too many days, weeks, months, years are spent in hospitals because of CHD.

And even when you're not in the thick of it, you're still in it.
I can't look at a parent at their child's bedside in the hospital without thinking "when will that be me and Bodie again?" Because it will. That's just a fact.
I can't pretend that I don't sneak into Bodie's bedroom every night, lay my hand on his heart and whisper "Please, God. Please let me keep him. Please. Please."
CHD robs families of so, so much.

So yes, I'd like to hide my head in the sand.
But I can't.
And I won't.
Because CHD awareness is too important.

So, this year, during CHD awareness week, you'll see me.
I wouldn't miss it for the world.

The last time we went to the snow, this was about how it went. 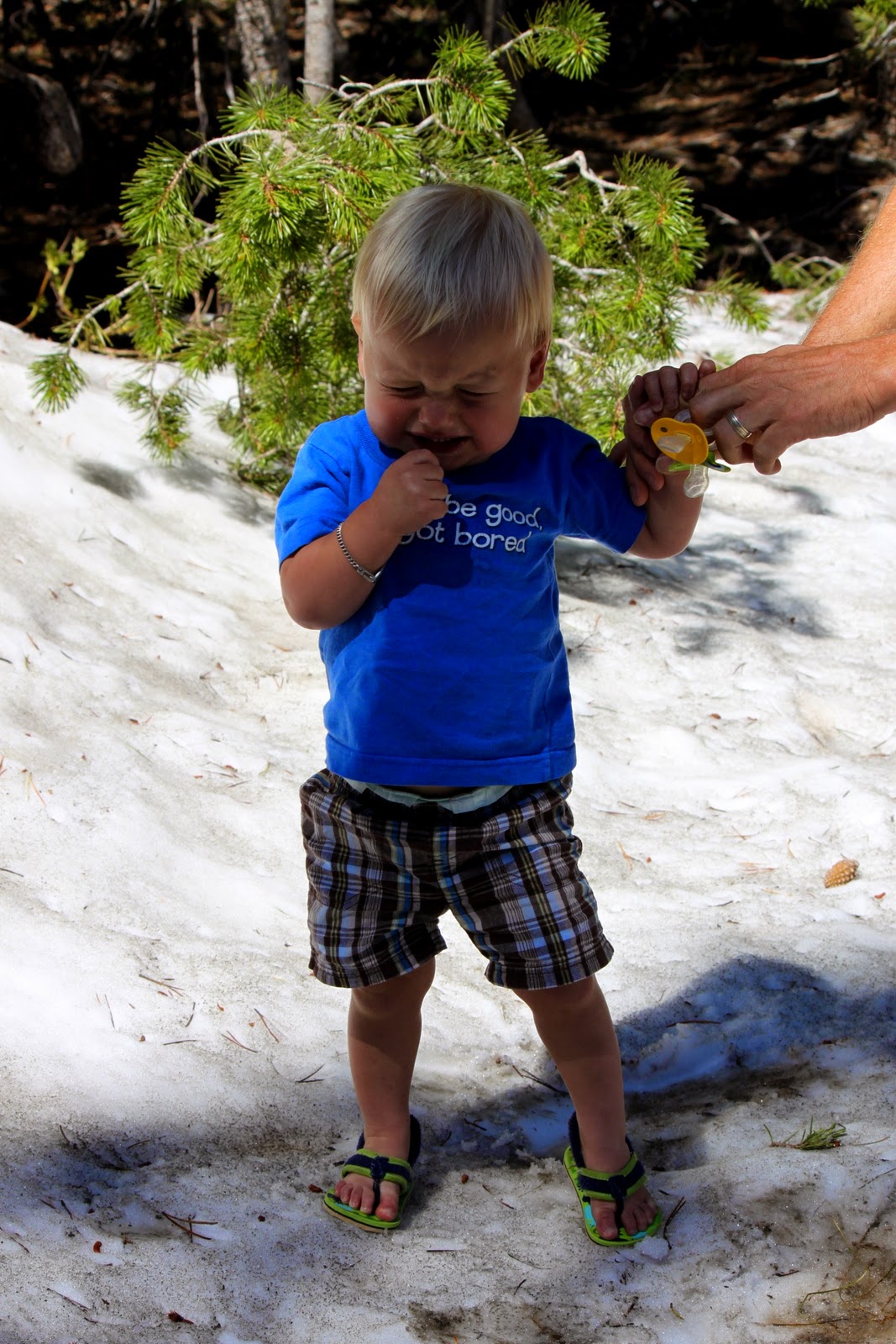 Suffice it to say, Bodie was not a fan.

I'm happy to report that today's trip was much more successful! 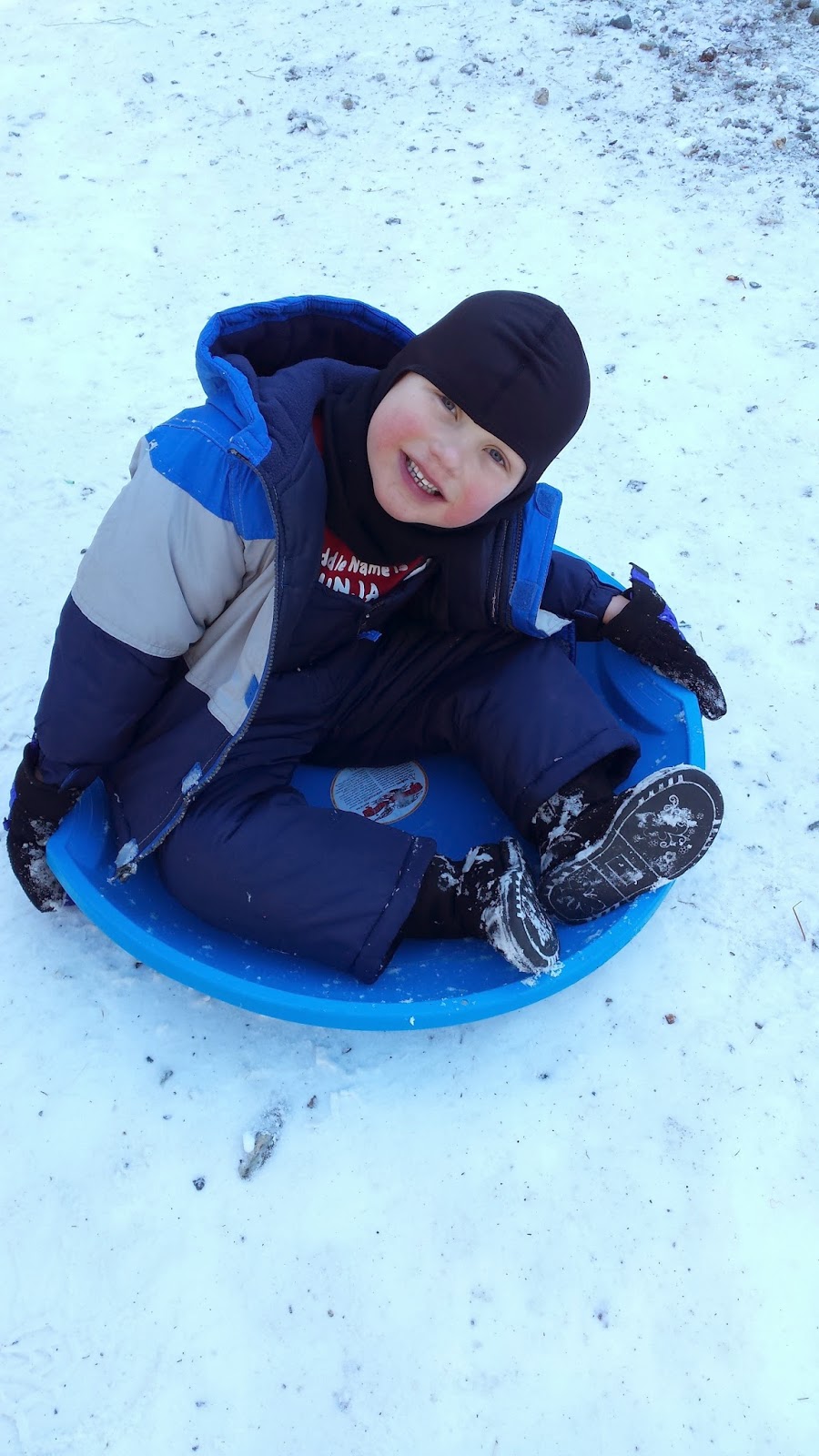 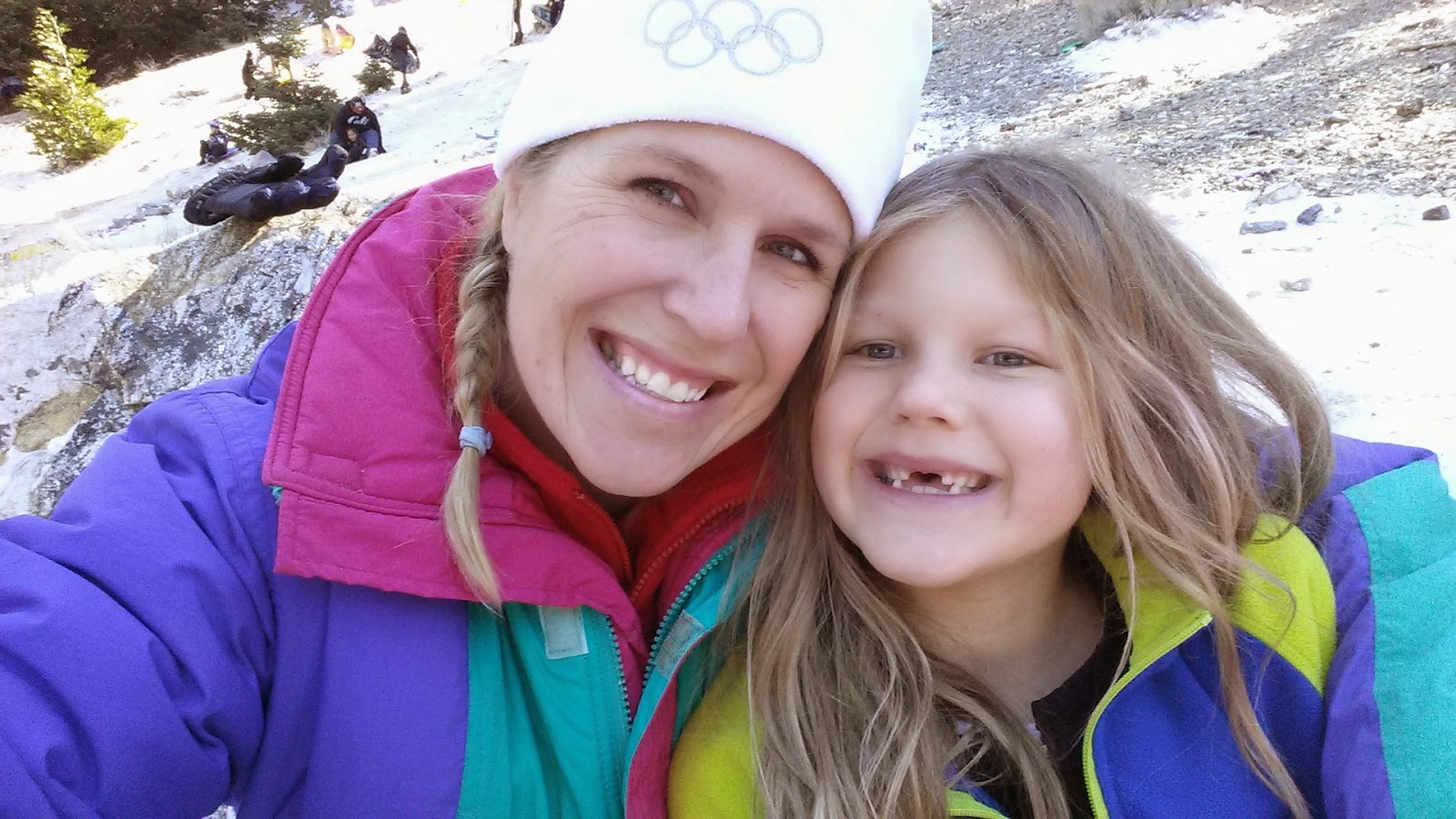 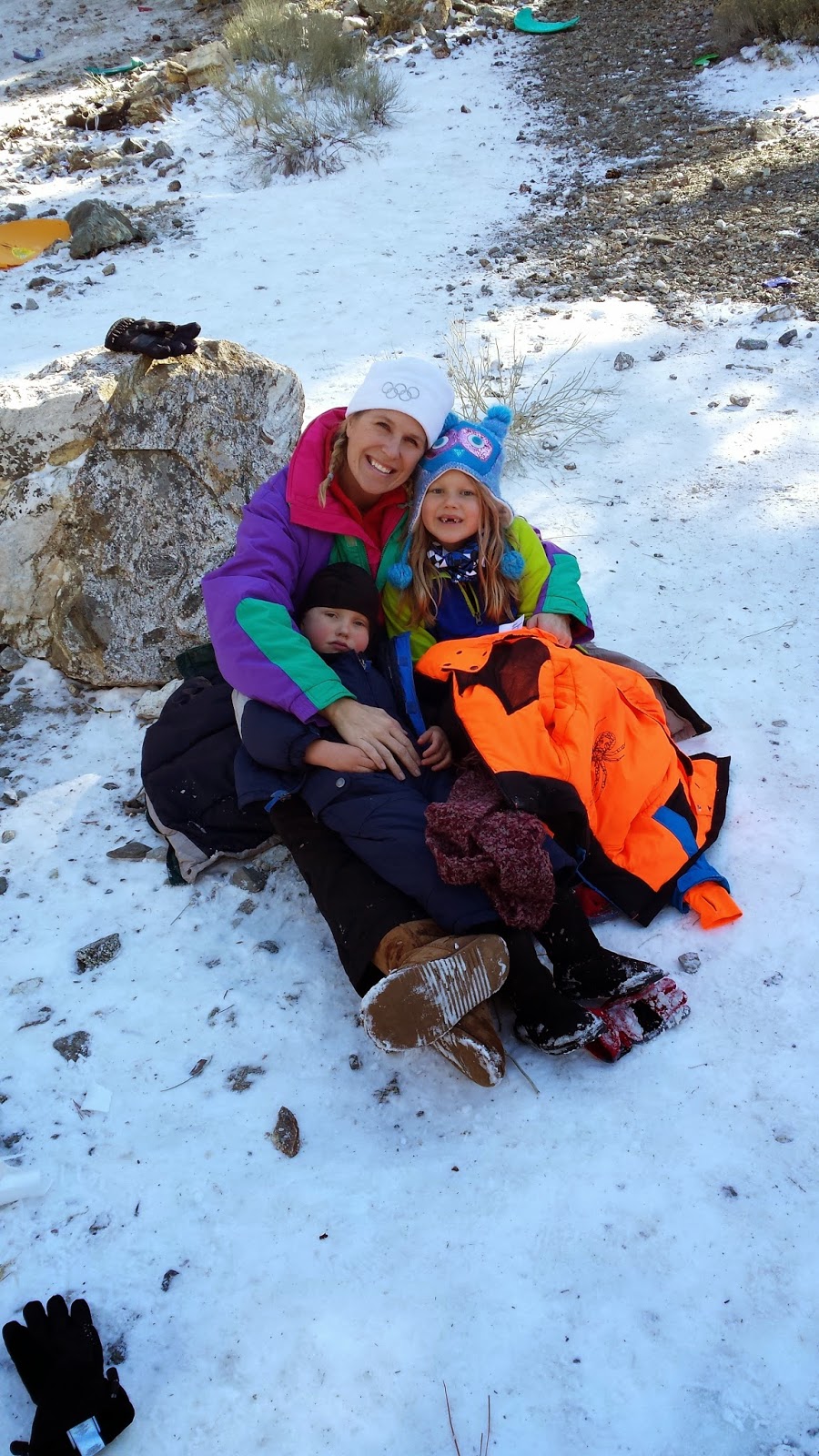 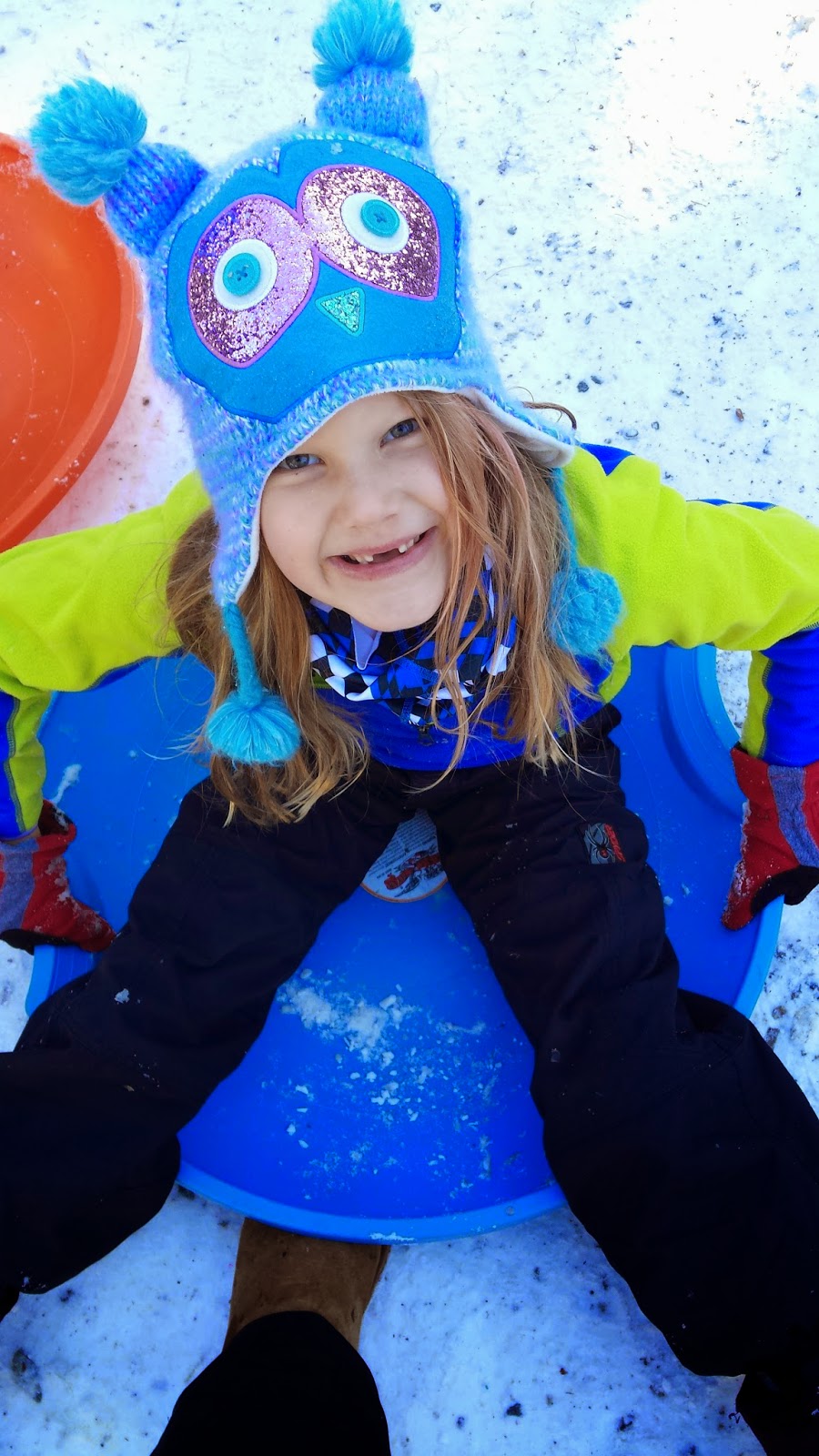 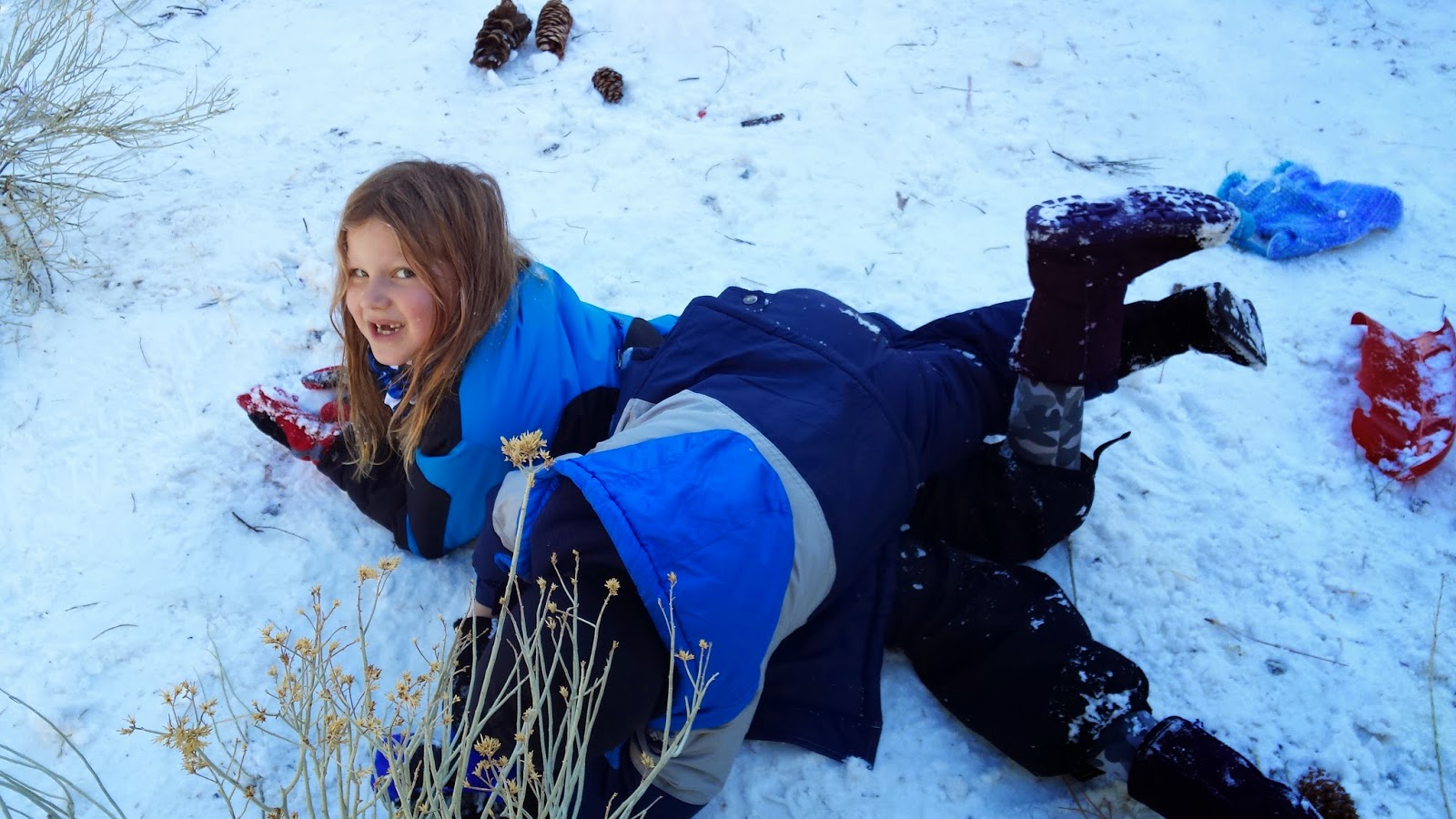 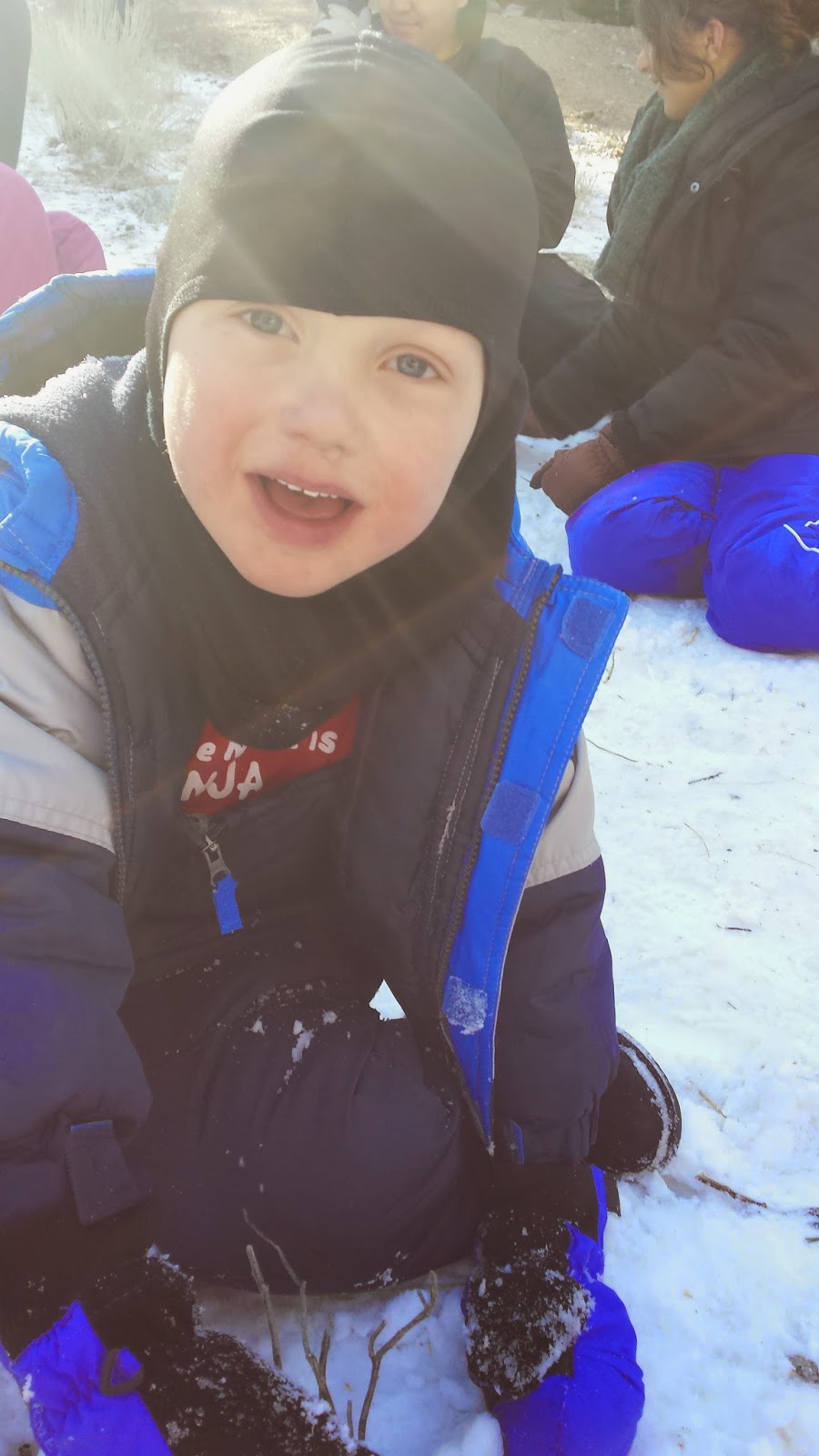 We love our little snowbirds! 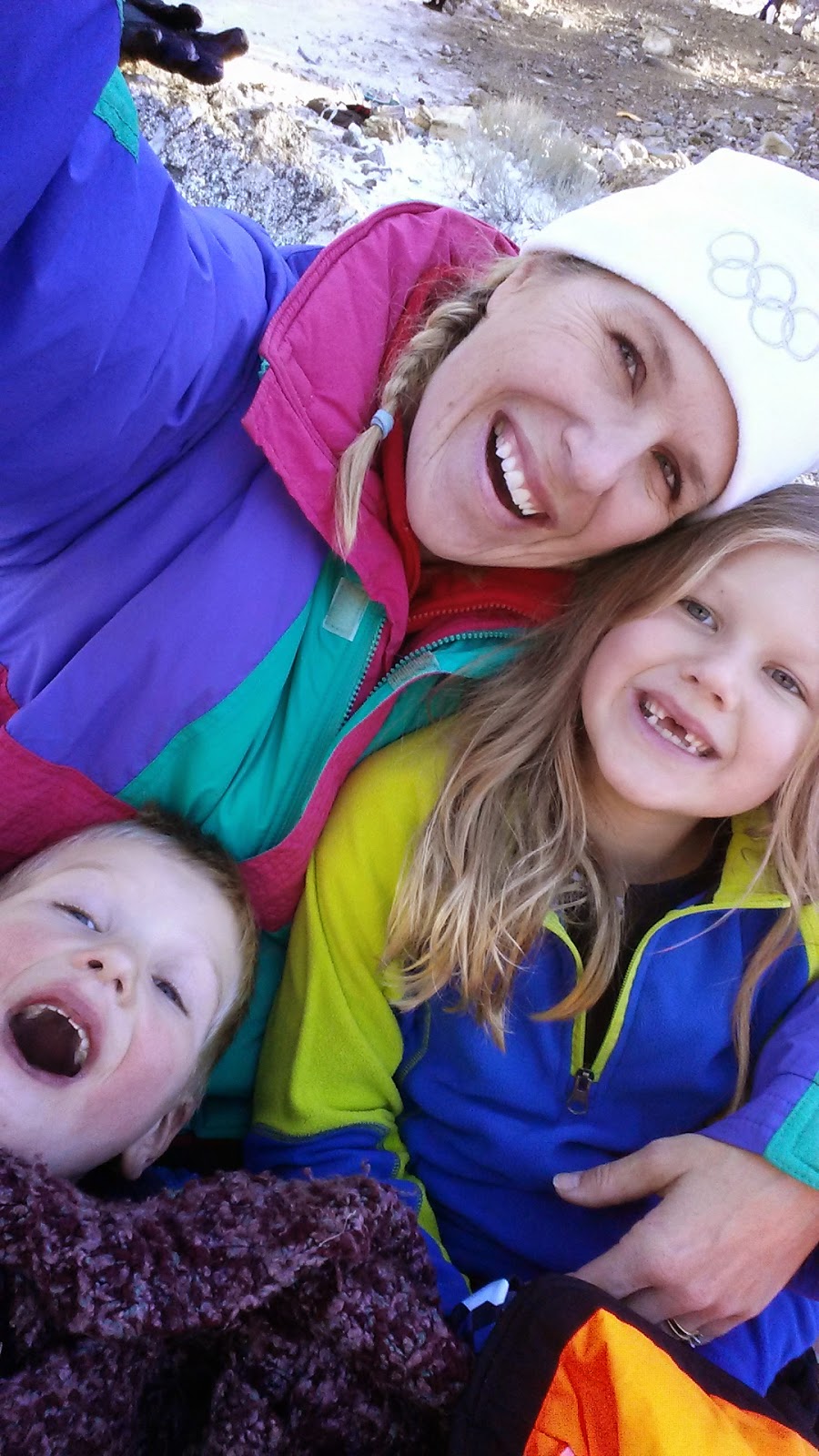 Posted by Amy Bennett at 4:45 PM No comments: