Sometimes, a picture really is worth a thousand words. 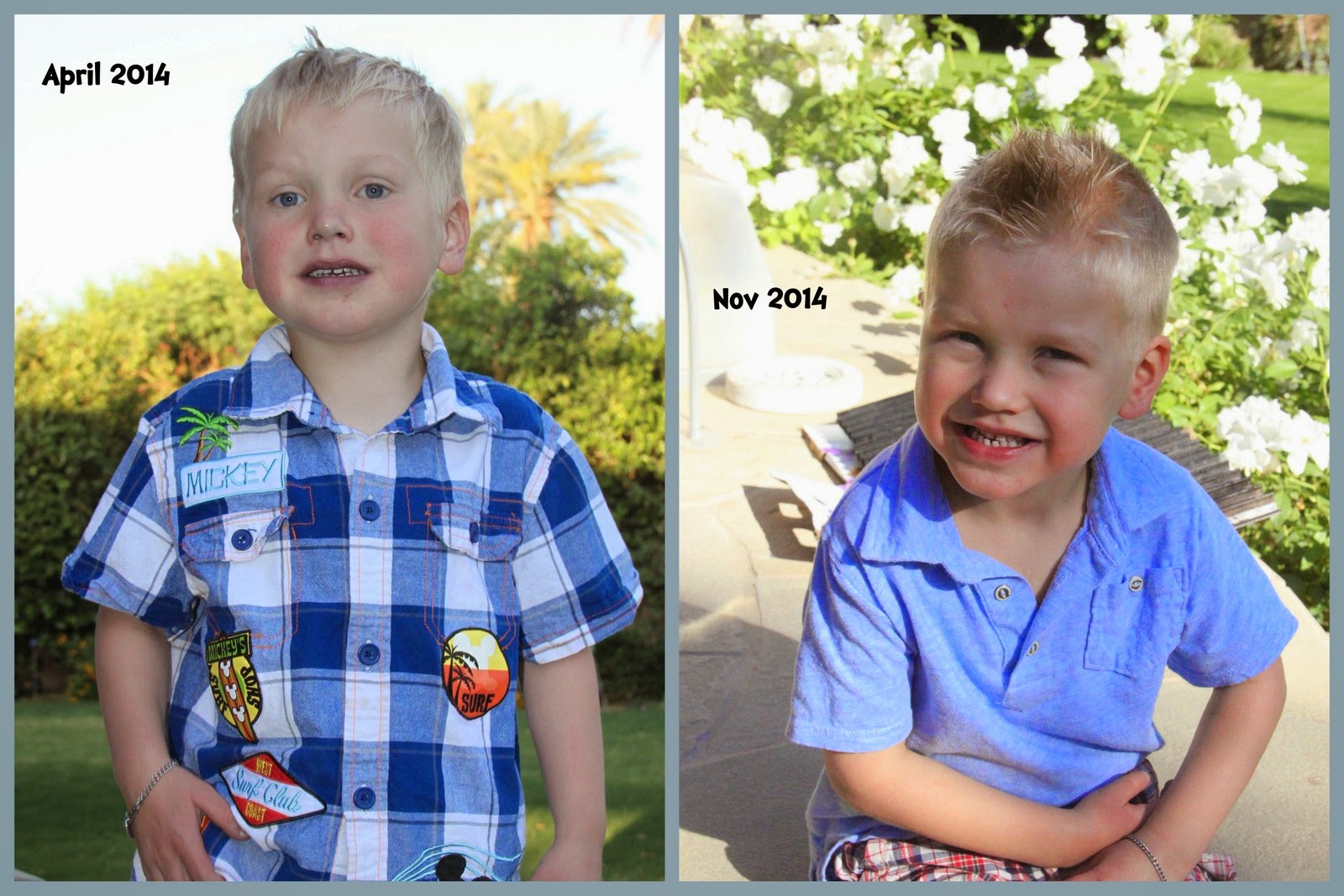 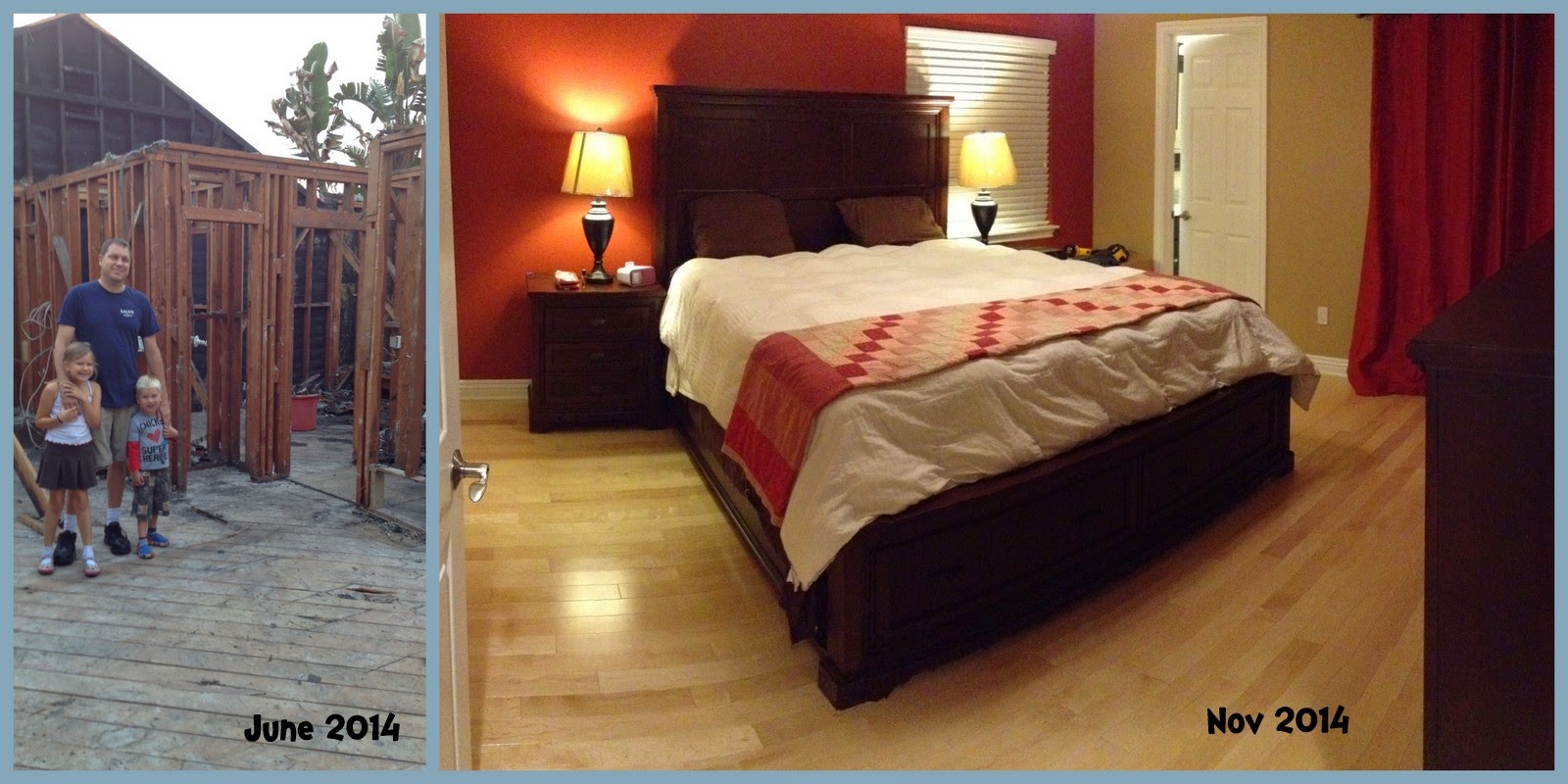 Our hearts are overflowing this Thanksgiving.

Thank you, Lord, for your abundant blessings on our family.

Posted by Amy Bennett at 7:51 PM No comments:

A year ago…
Bodie was honored at a Cal Poly football game. He was honorary team captain and led the team down the hill and participated in the coin toss. He was also running a fever, too shy to make eye contact with many people and had oxygen saturations in the low 70s. 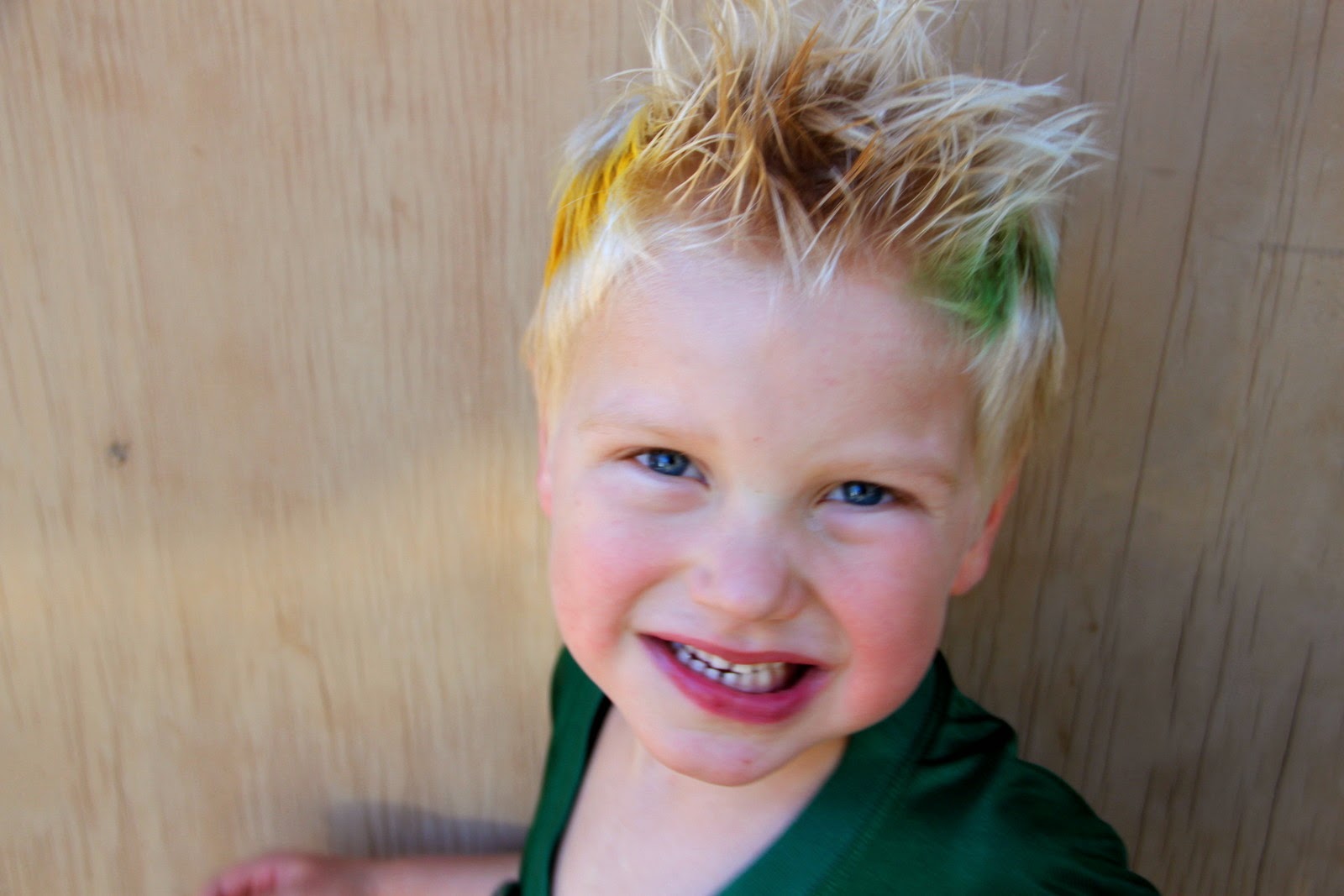 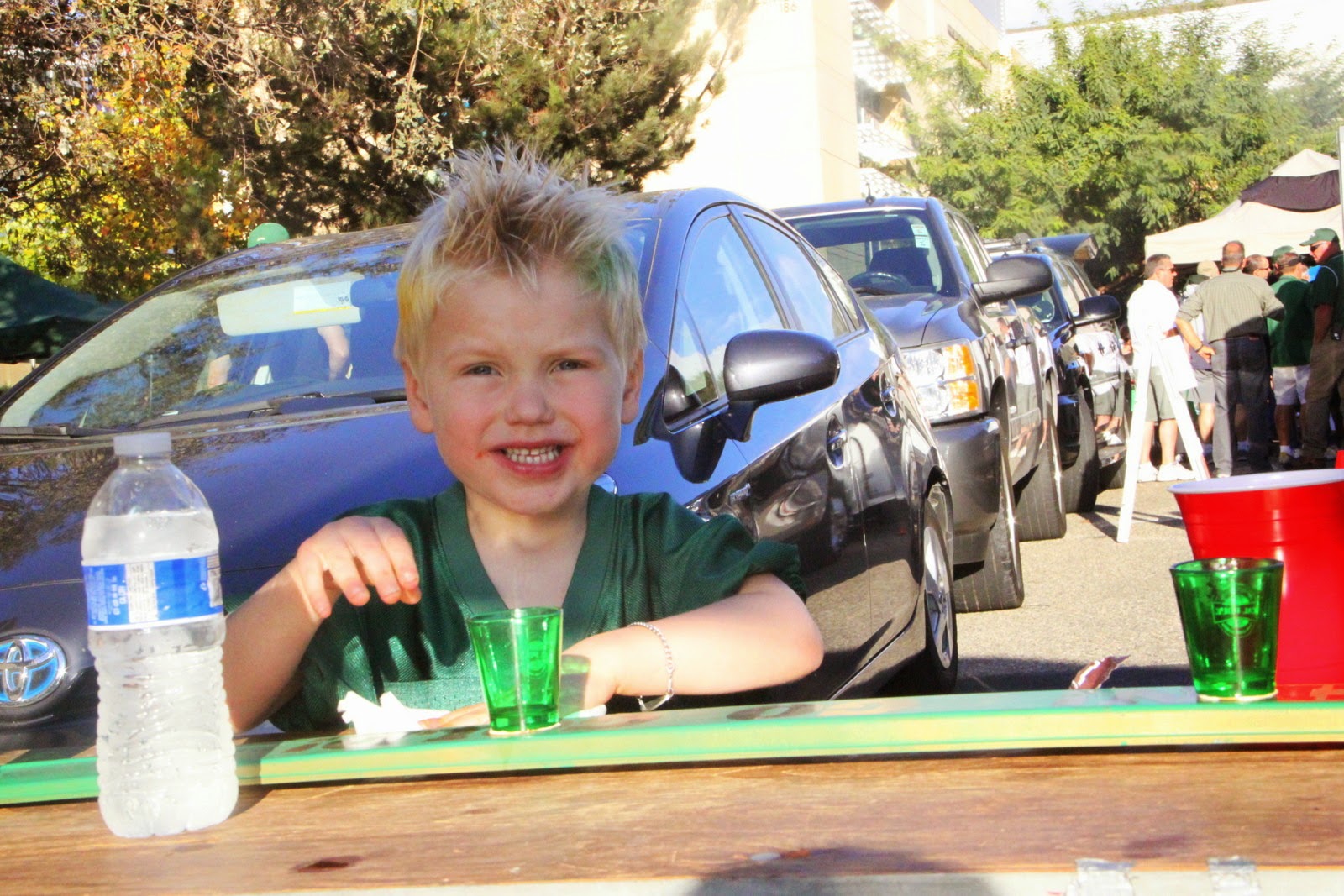 He was happy, boisterous and FULL OF ENERGY. 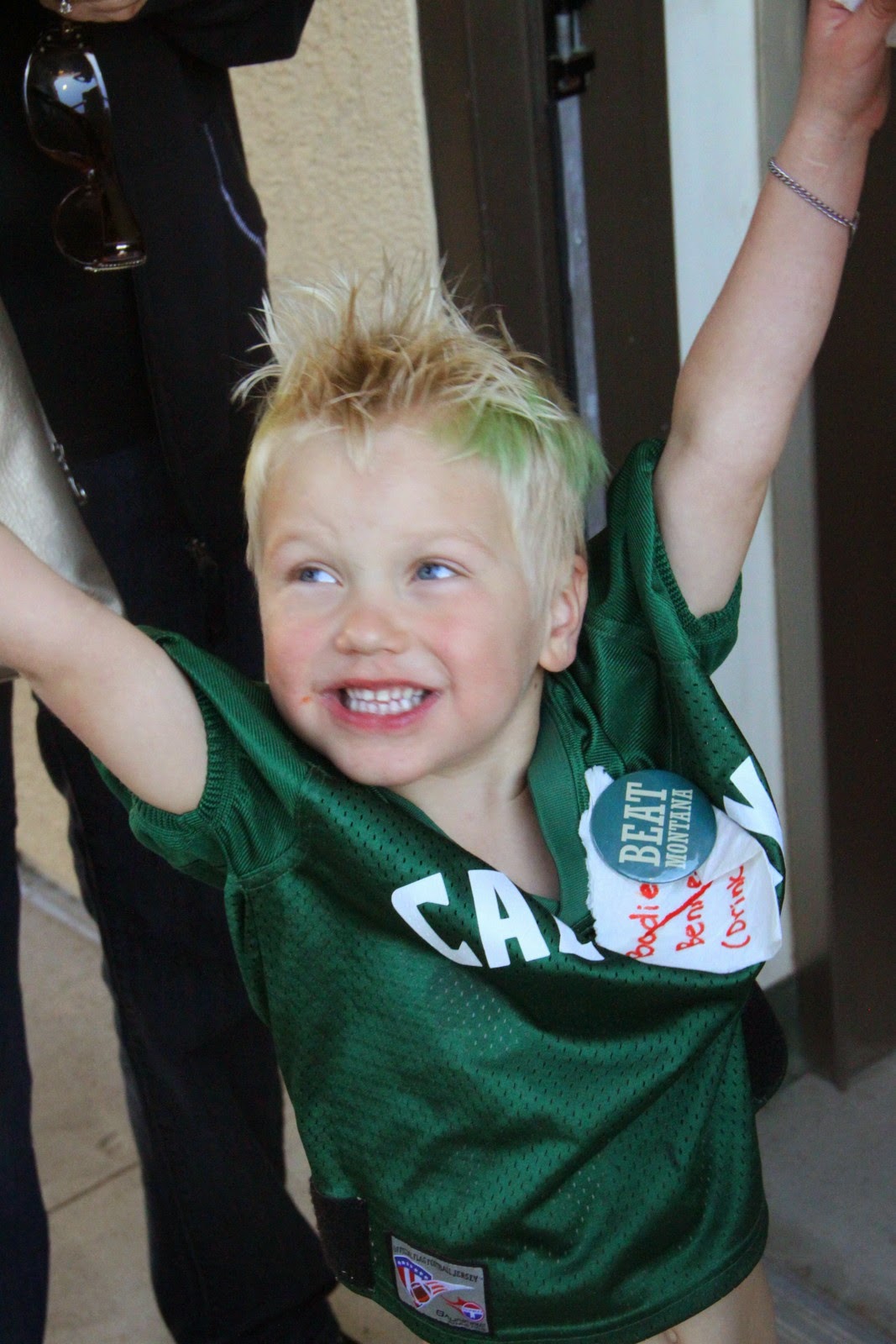 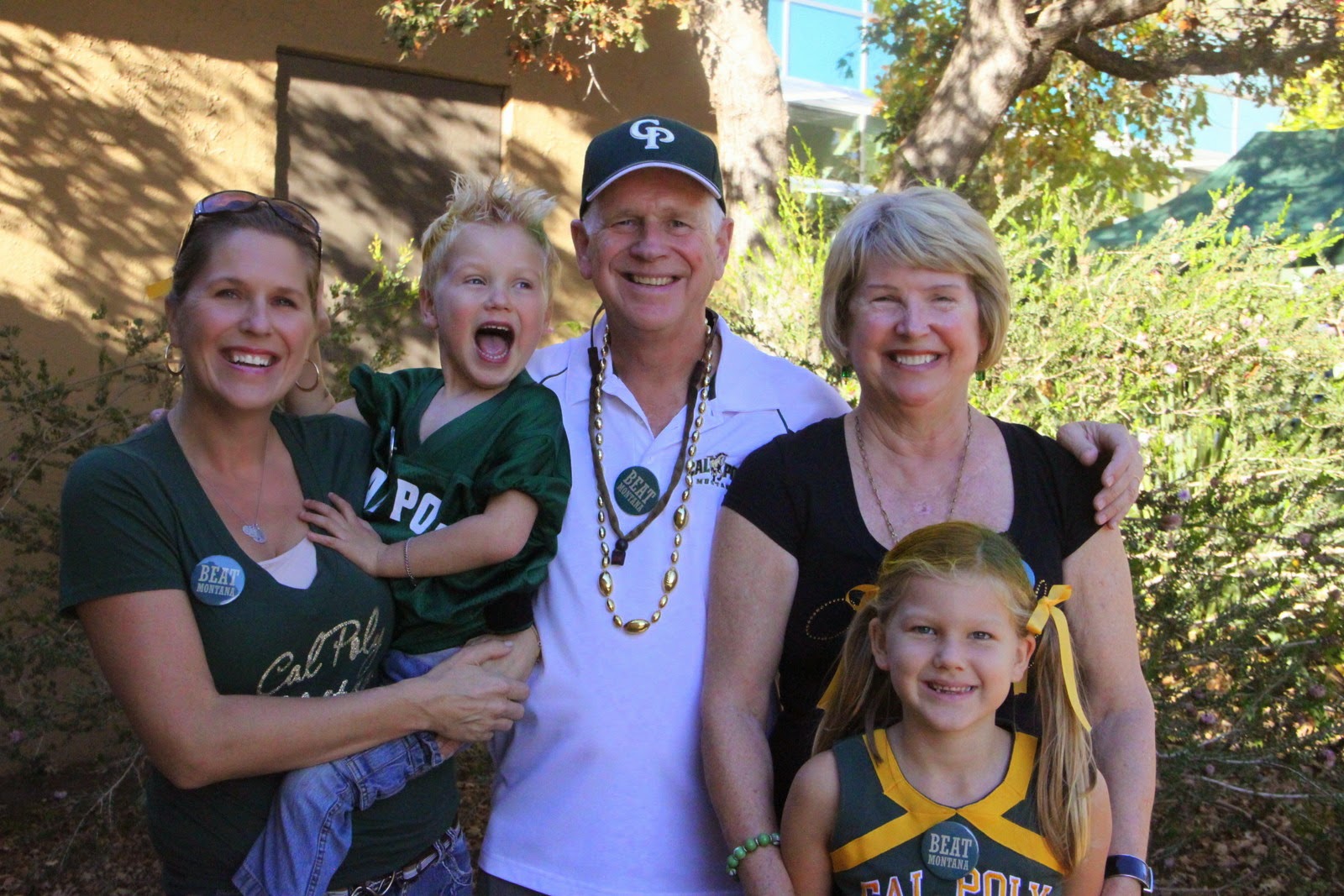 When I said "Do you remember last year? You were running a fever and were so sick!" he replied with "Oh no! How sad!!!" Silly boy. 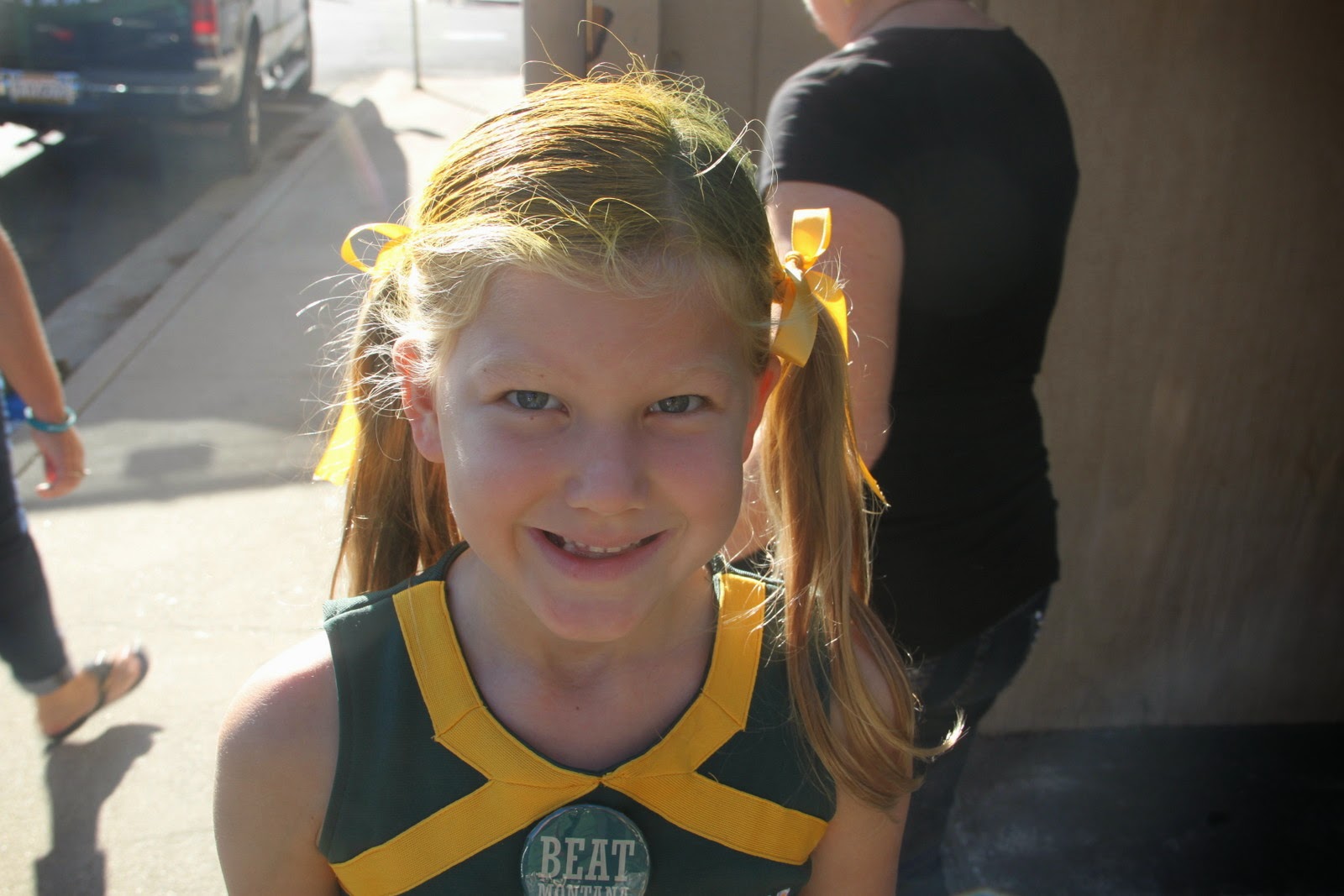 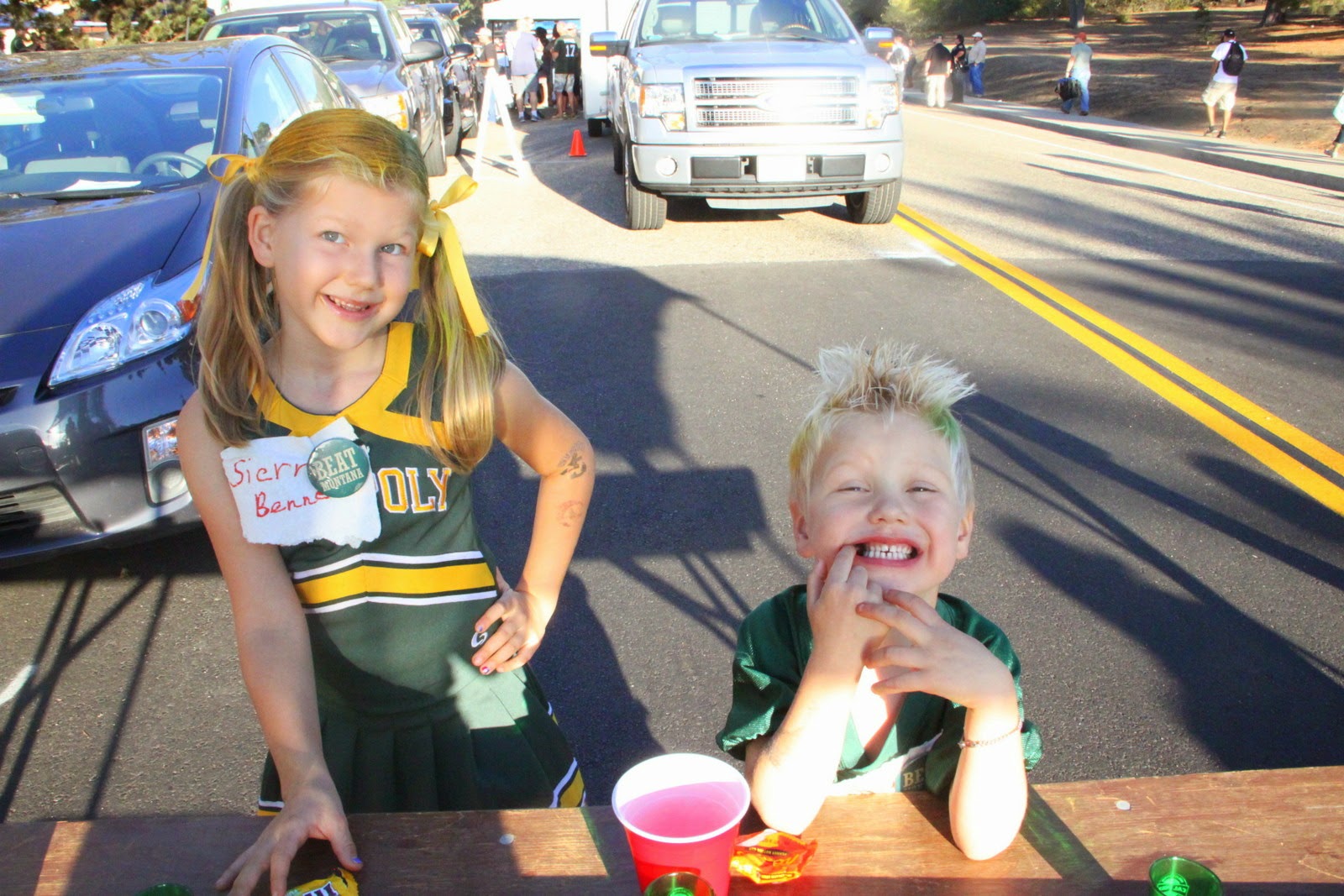 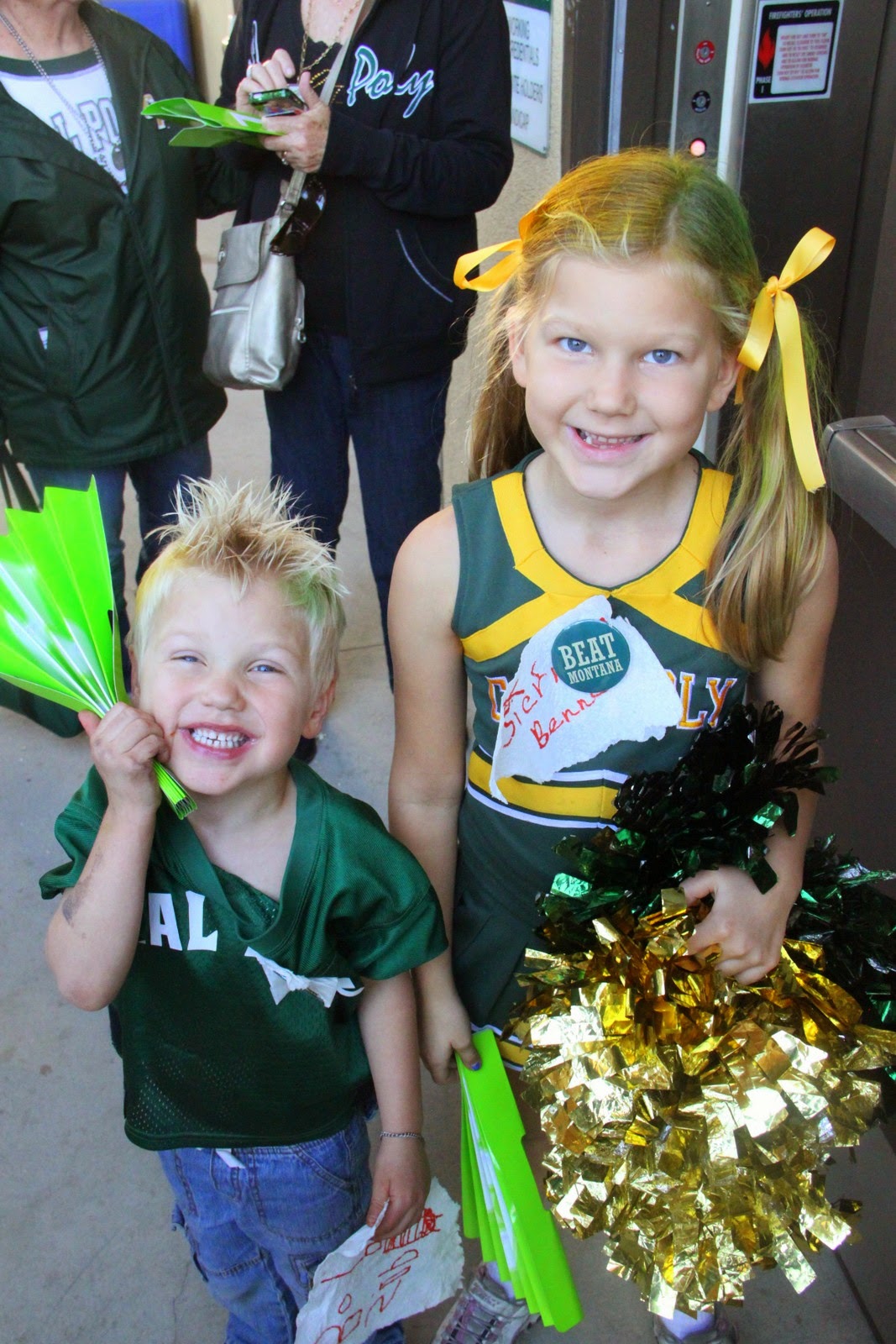 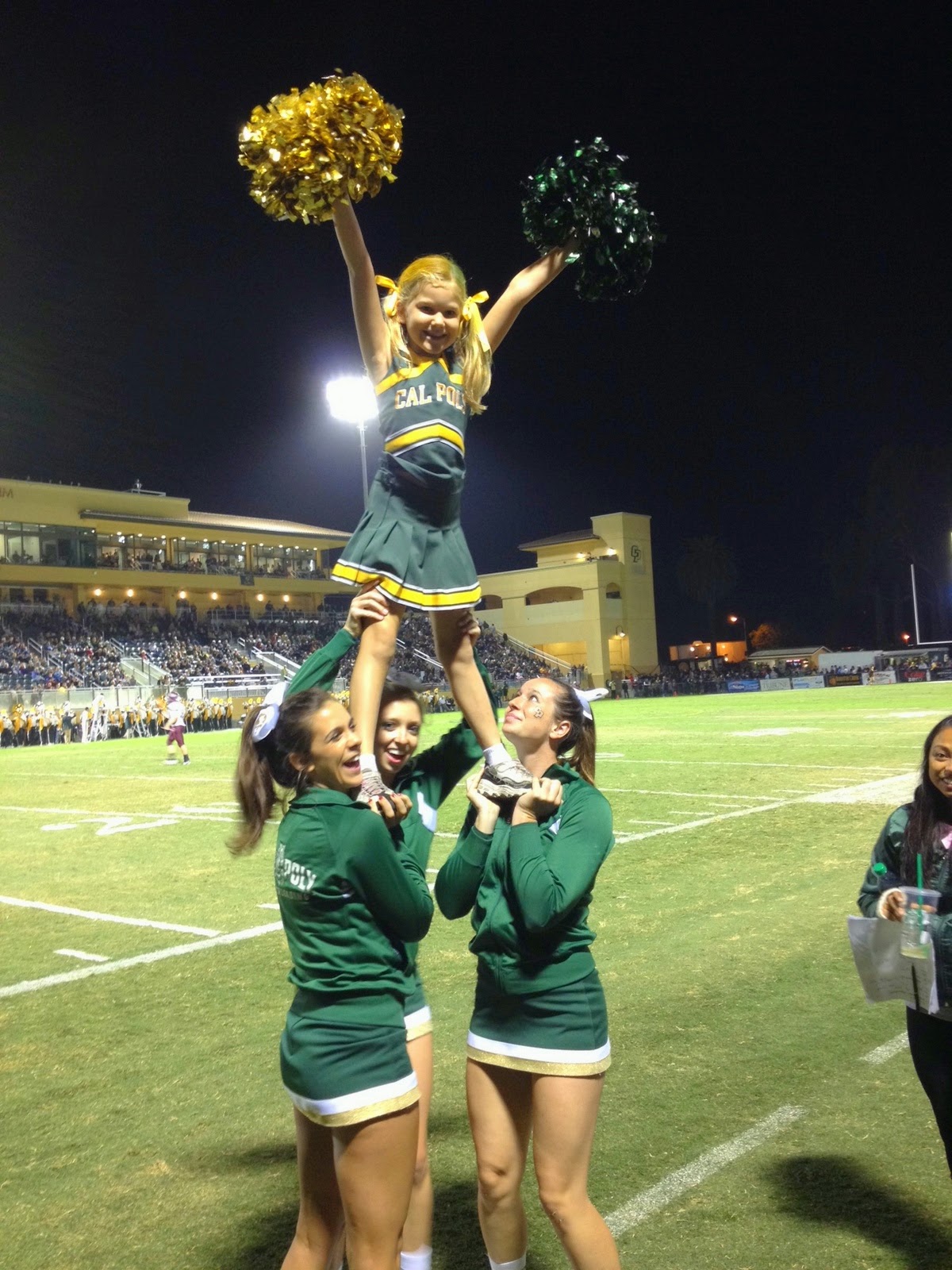 (Yep, this happened - a certain little girl was REMEMBERED by the cheerleaders, and they stunted her! She was in 7th Heaven!!!)

(This kid partied so hard, he fell asleep in my arms at the beginning of the 3rd quarter, slept through the rest of the game, through us walking around the field, standing and waiting while the band walked 5 feet in front of us PLAYING, walking all the way back to the car, going home, being undressed and put to bed! And then, had the nerve to get really upset and accuse Sierra of lying the next morning when she told him he slept through the game! Hahahaha!) 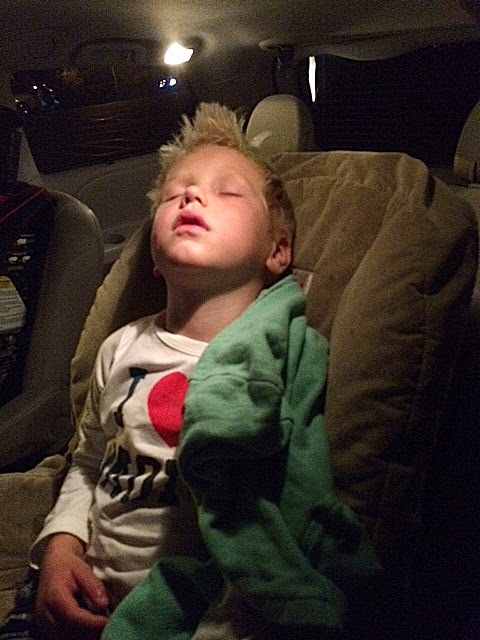 A year ago…
Bodie went to his school Halloween party a little blueberry and cried his eyes out. Would barely pose for pictures and wouldn't let me leave his side. He kept begging to go home.

This year, he was as PINK as could be 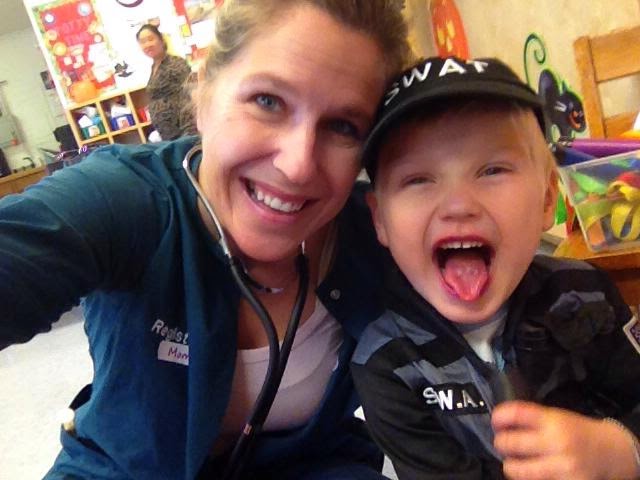 and ran straight over to his best friend Annika and gave her the BIGGEST hug ever. 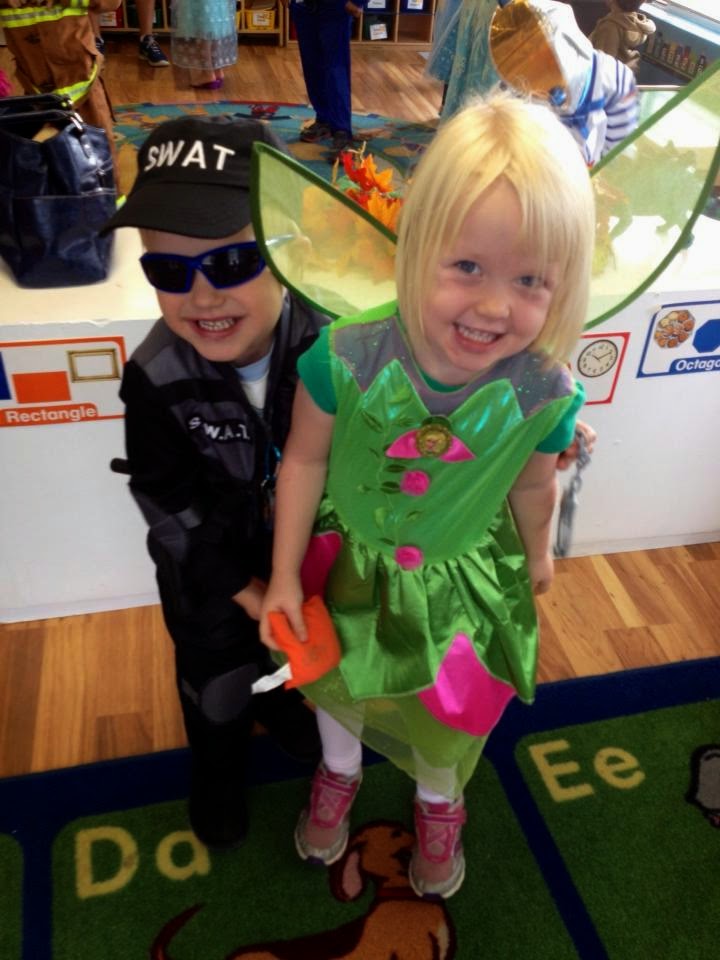 And proceeded to smile and run around with his friends the rest of the party.

A year ago…
Bodie went out trick or treating, but had to stop for a breath between each and every house. And by the 3rd house, I was carrying him.

This year, along with the most beautiful Elsa ever 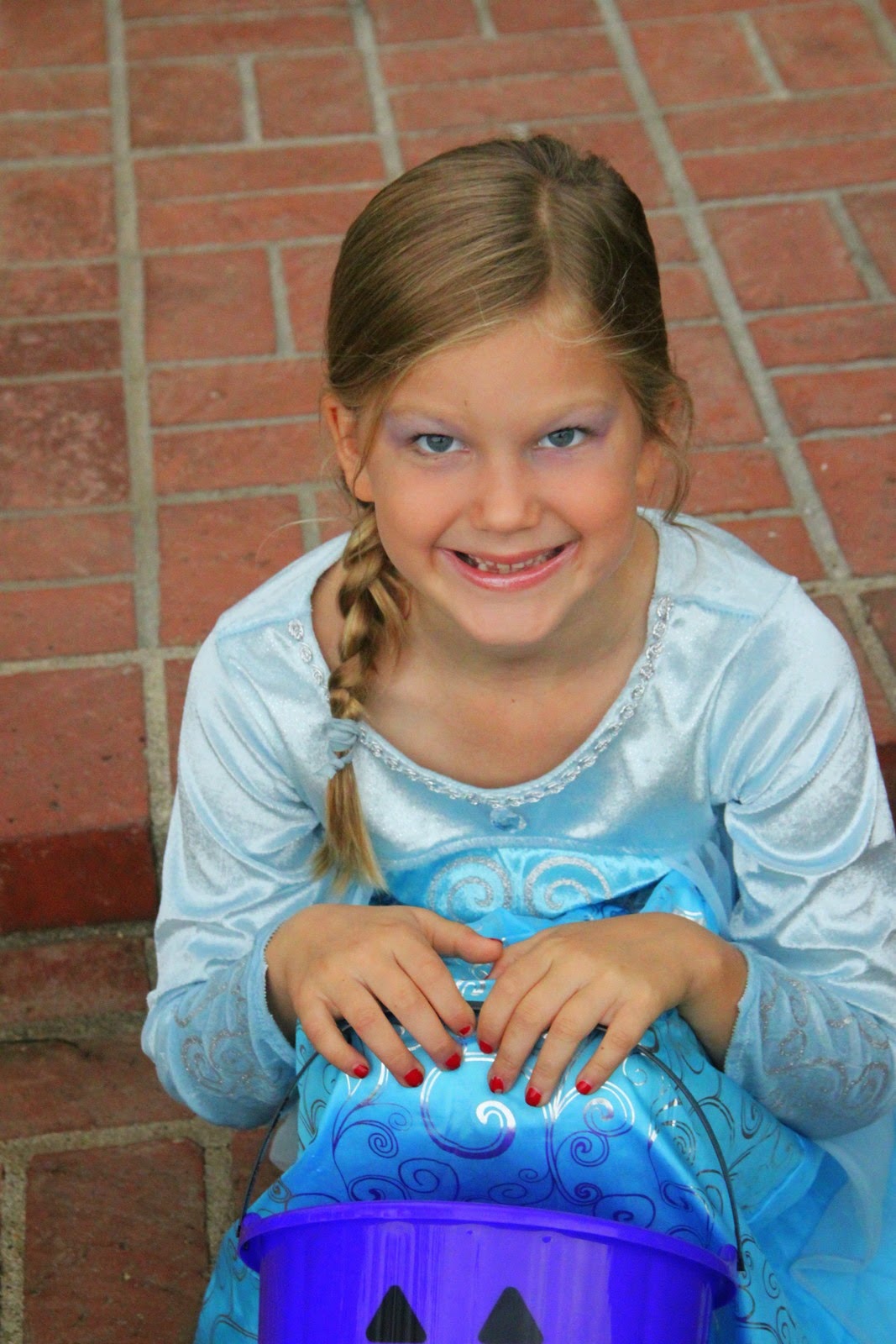 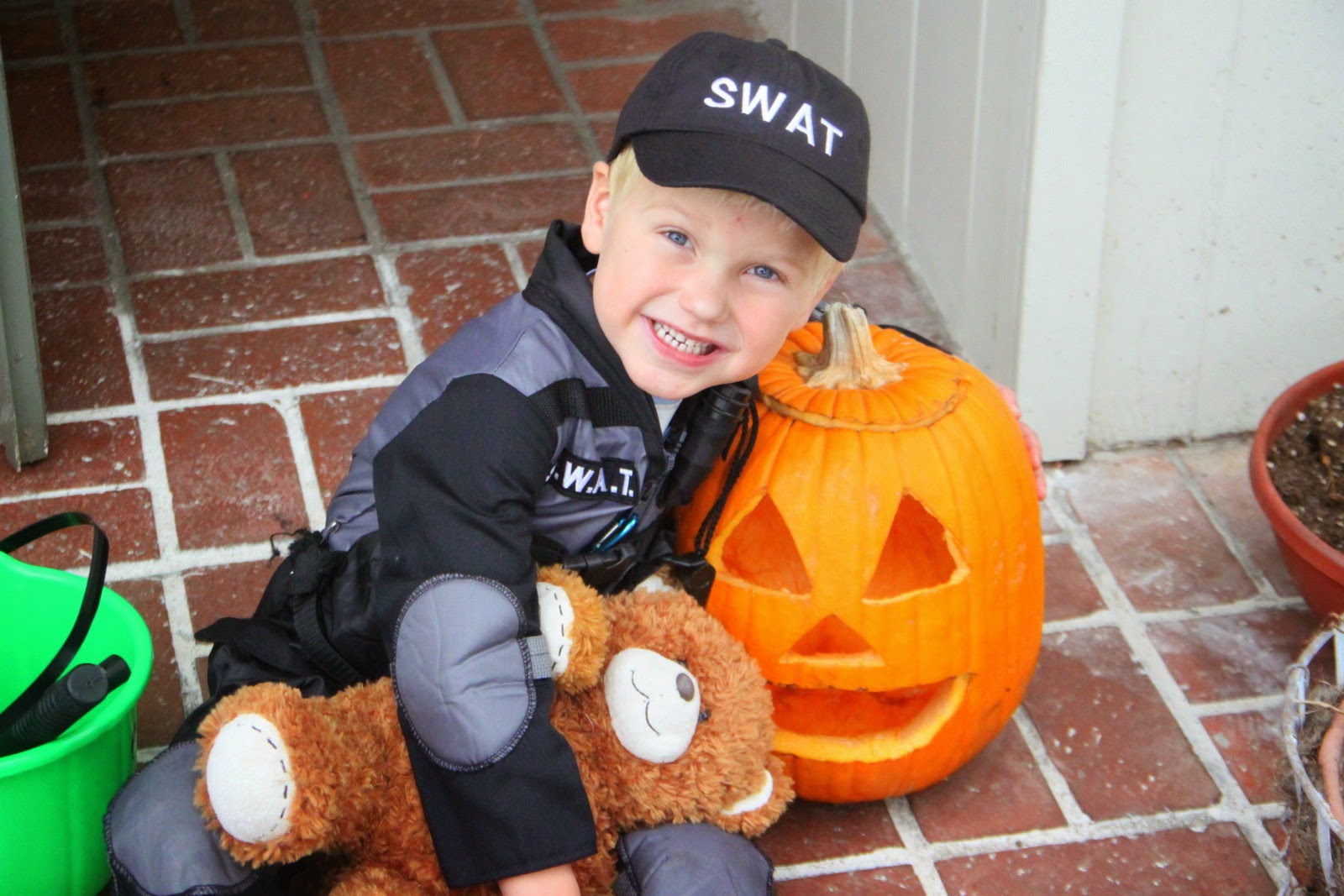 and showed Trick or Treating who was boss.
I kept having to say "Slow down, Bodie! We need to wait for the other kids!" as he was running from house to house at the front of the pack. I was blown away. 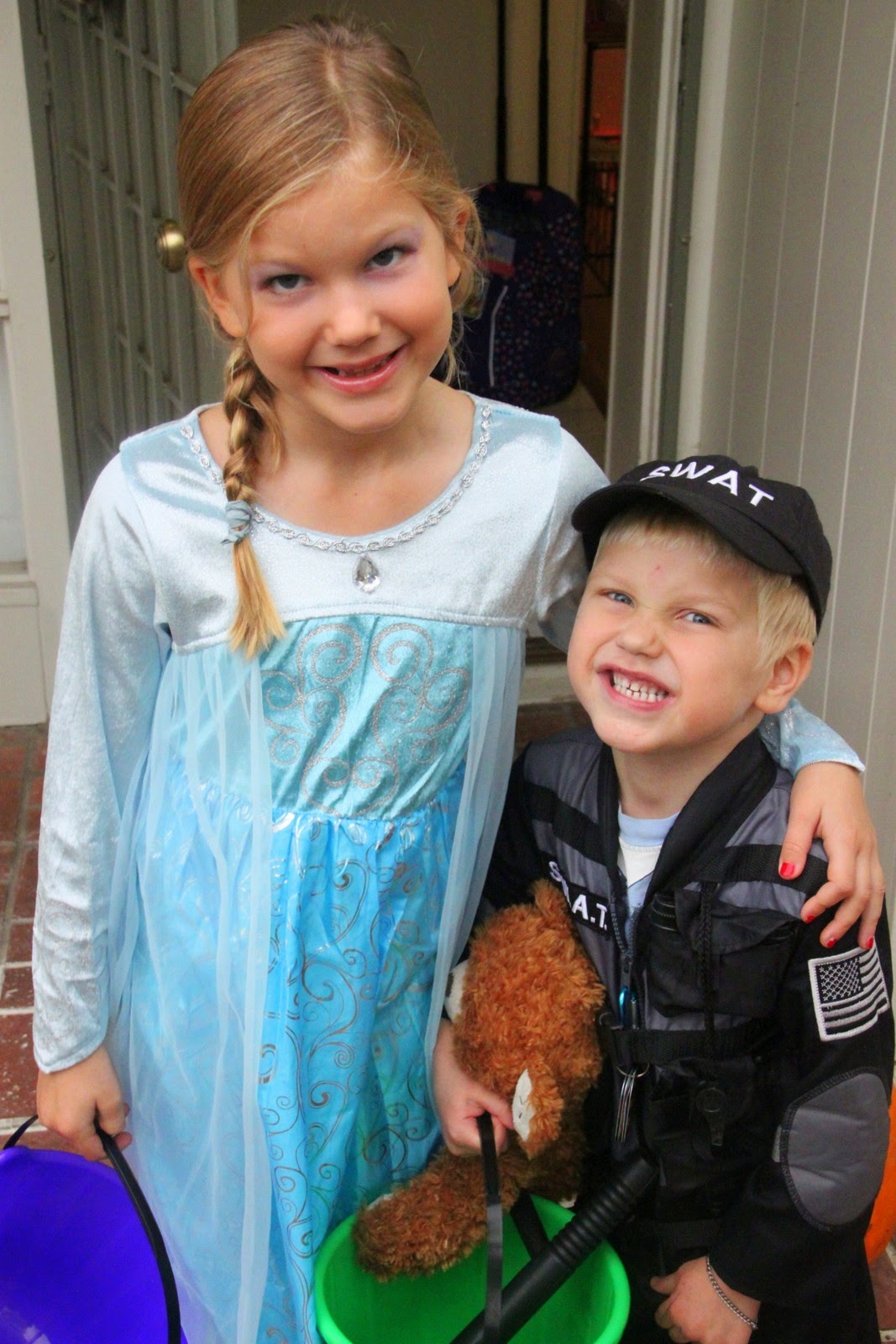 Today, we went to a Star Wars themed birthday party for a friend. The kids got Jedi costumes and got to meet Darth Vader and Luke Skywalker! 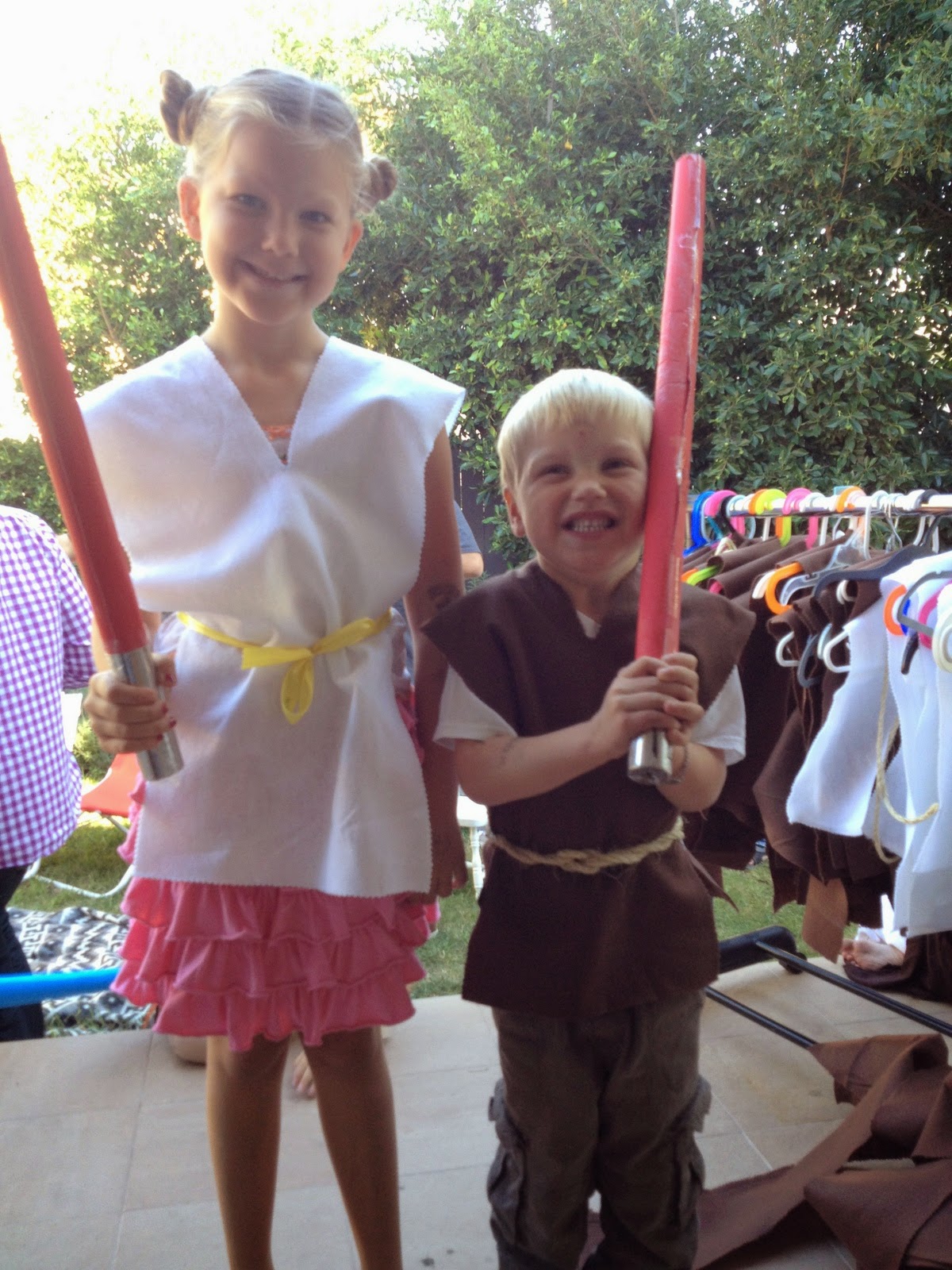 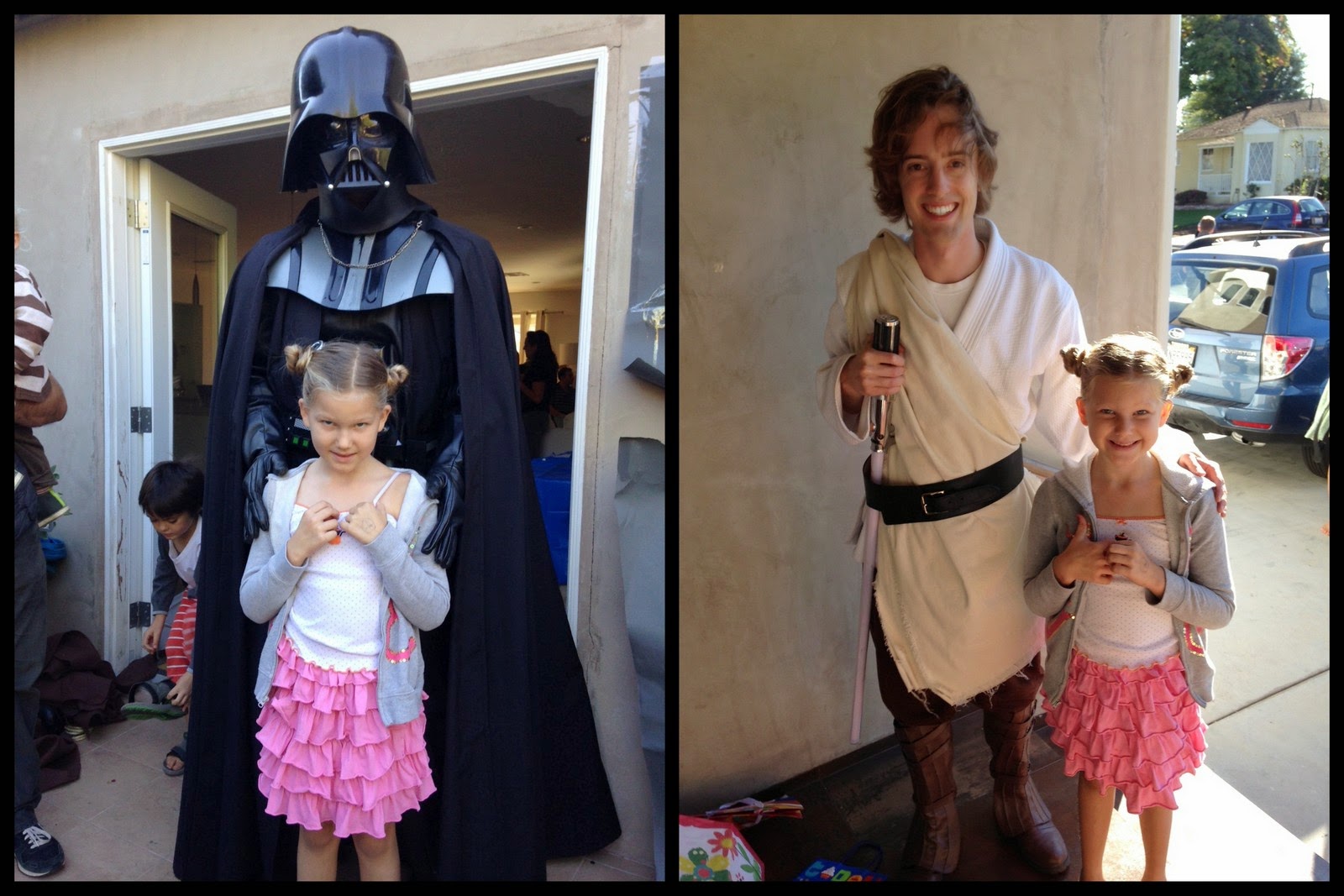 But the most amazing part was right when we first got there. Bodie got suited up in his costume, grabbed his light saber and literally ran straight into the group of boys fighting. He didn't know any of the boys. None of them knew about his heart. 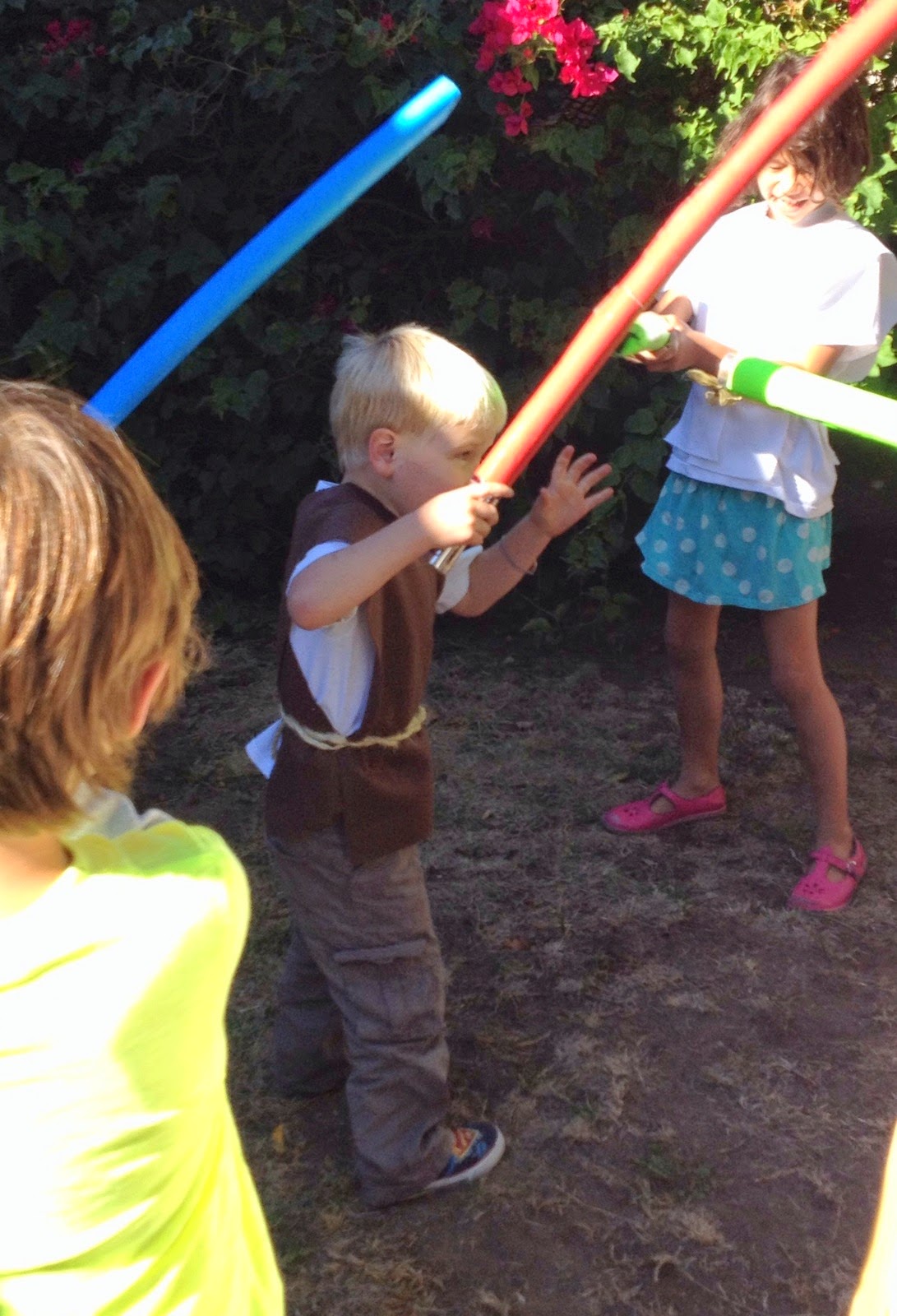 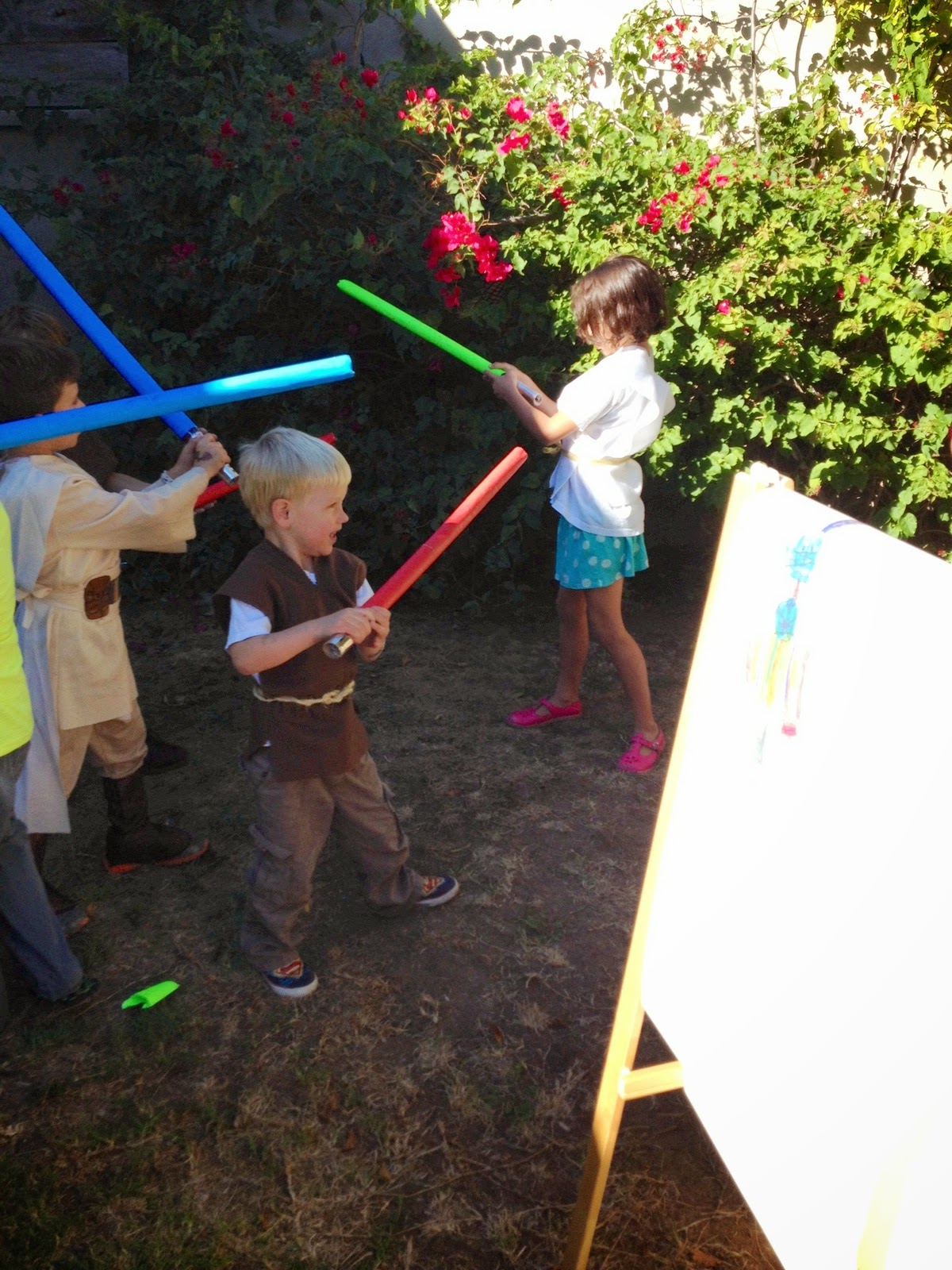 In that moment, there was not a single thing fragile about that kid.

There isn't a "a year ago" for that moment. It was too magnificent to have ever imagined a year ago.

It is mind blowing how far Bodie has come just in the past year.
Today, he is strong, he is robust.
Words we weren't sure we'd ever get to use to describe our boy.

Today, we are praising God for how far He has brought our boy.