In the midst of this nationwide shutdown and sheltering in place, a very sweet girlie officially became a TEENager!

As hard as it is to believe, this sweet little cherub turned 13 yesterday. 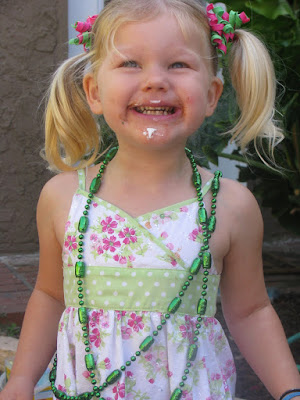 I know, I know - a legit teenager now! Man, does time fly. 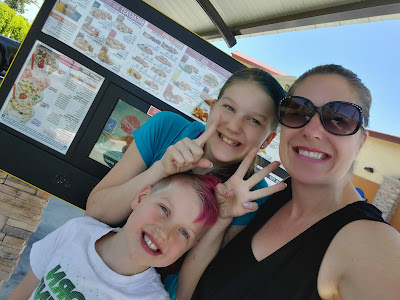 And this kid was such a trooper. She was so sad to leave her friends in LA, and took the longest of us to settle down here in San Diego. And once she really started to, and was making friends, Coronavirus happened. So she really got a double whammy in a very short period of time, along with a much anticipated 13th birthday party without any friends. :-(

But we made the most of it, with Bodie and I creating a really fun scavenger hunt with clues she had to decipher that led to a lunch at Sonic (social distancing style): 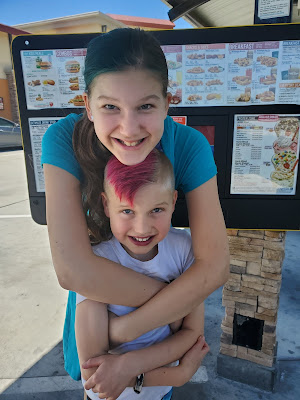 A quick trip inside our local Rite Aid (the first time she's seen the inside of a store in almost 6 weeks): 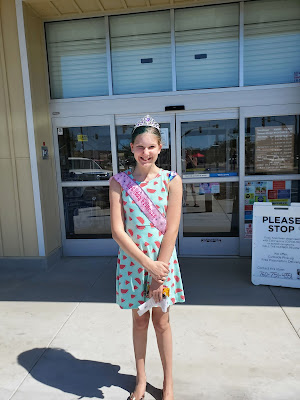 Visiting with dear friends from outside their fence (it was a birthday surprise for Sierra, but I think it really was balm for all of our weary souls): 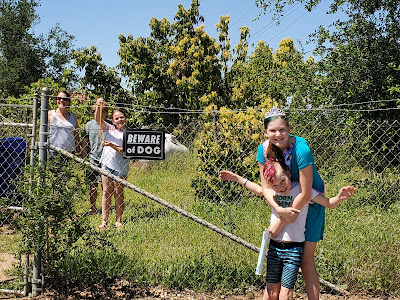 Probably her favorite clue, courtesy of Bodie - having to dive to the bottom of the pool to find a (water proof) bag of M&Ms: 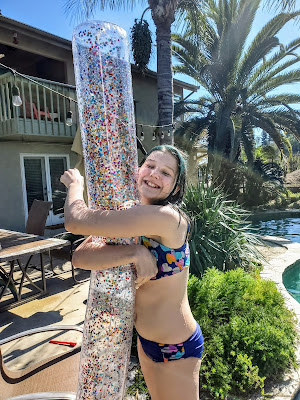 She had been planning a fun masquerade ball for her birthday. Even though her friends weren't here, she dressed up anyway - because you only turn 13 once, right??? 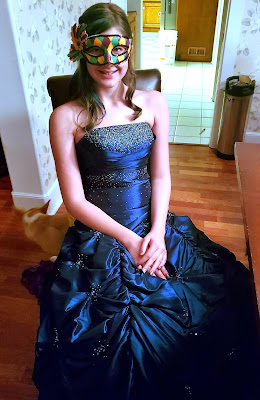 I cannot believe how grown up our sweet girl is (both literally and figuratively - this kiddo is already 5'71/2"!)

She received so many wonderful messages and gifts, but I think it's fair to say her favorite came in the form of a sweet surprise last weekend. On Sunday night, Dusk and I were watching a movie in our living room at around 10pm and he went outside to get something from his studio. He came back in saying "Uhhhh - there was something growling at me outside!!!" So he went to get his paintball gun and went back outside, with me in tow (don't ask why he took the paintball gun, but given that he was facing the growling animal, I wasn't really in a position to argue!).

He sprayed into the bushes (well, the paintball gun malfunctioned, so he just shot C02 into the bushes, but it was loud enough to scare off whatever had been growling). But we heard some sweet little mewing - and found this little angel hiding in the middle of a bush. 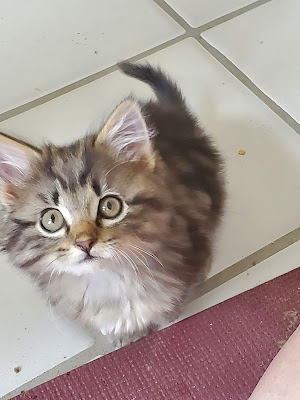 We brought her inside and realized very quickly that while she may have been wild, she definitely wasn't feral. She ate from us, let us hold her and was purring by bedtime.

Some asking around to make sure she didn't belong to anyone and a vet visit the next day cemented her as ours. 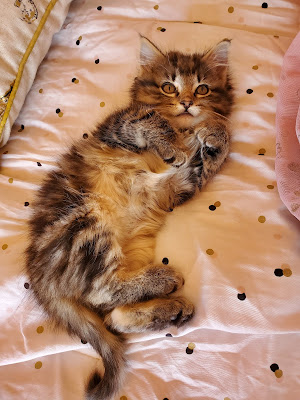 This sweet little 6 week old kitten has been officially named Mitsey because of her big ole paws. Once she and our other kitten, Bootsie, figured out the pecking order (i.e. Bootsie runs the show around here), she fit right into our brood. We could not love her more, and she definitely is Sierra's kitty. 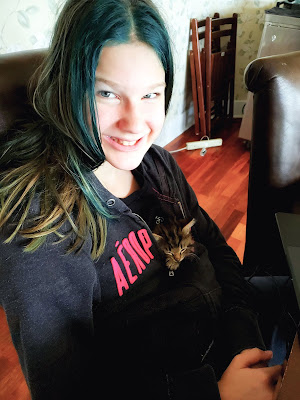 She sleeps snuggled as close as possible to Sierra at night, and alternates between running around like a total spaz with Bootsie and  falling asleep in the most precarious positions. 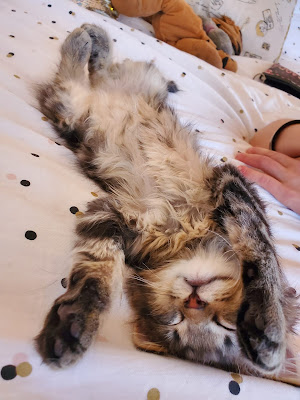 She was the perfect early birthday gift for our teenager! 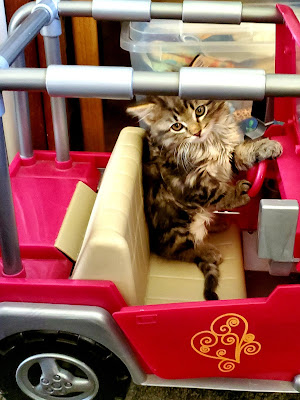 We are so proud of the incredibly fun and creative young woman Sierra is turning out to be! I cannot wait to see what God is going to do with her life - it's going to be big, of that much, I am certain. We're so grateful we get to parent our beautiful Joynado!