When Sierra was in pre-kindergarten, I missed her Mother's Day pageant at school. I didn't mean to. I just misjudged how much time I had to get to her school and I got there just as her class was sitting down after performing. I cried buckets. I felt so, so awful. I swore up and down I would never do that again.

I was able to make it almost 3 years on that vow.

Tonight was Bodie's spring concert at his preschool. The school is big, with 6 different classes. So, for their Spring concert, the classes were staggered, with 2 going at a time. I raced through afternoon carpool, homework and dinner with the kids, to show up at his preschool at 6:20. Our call time had been 6:15, so we were frazzled, but I figured we were doing pretty well.

Until we walked into the room and realized none of his classmates were there. Because I had read the flyer wrong, and his class's call time had been 5:15. Their concert had been at 5:30, and they had just finished.

I cannot even begin to explain how awful I felt. I sat down and started crying.

I know, I know. Not my best mom move. I mean, seriously, couldn't I just pull my crap together enough at least in front of the kids to act like it wasn't that big a deal? But, no, I couldn't.

I let my baby boy down.

He was crushed. It was the first school concert he had actually been excited about.

So I balled, big baby tears, right there in front of his teacher, who was just glad we missed the show because I was an idiot - and not because something terrible had happened (let's face it, with our family, if we don't show up for a planned event, there's probably a 50/50 likelihood it's because some terrible tragedy has befallen us).

I did calm down, eventually and came up with a Plan B.

Any cake he wanted - within reason. 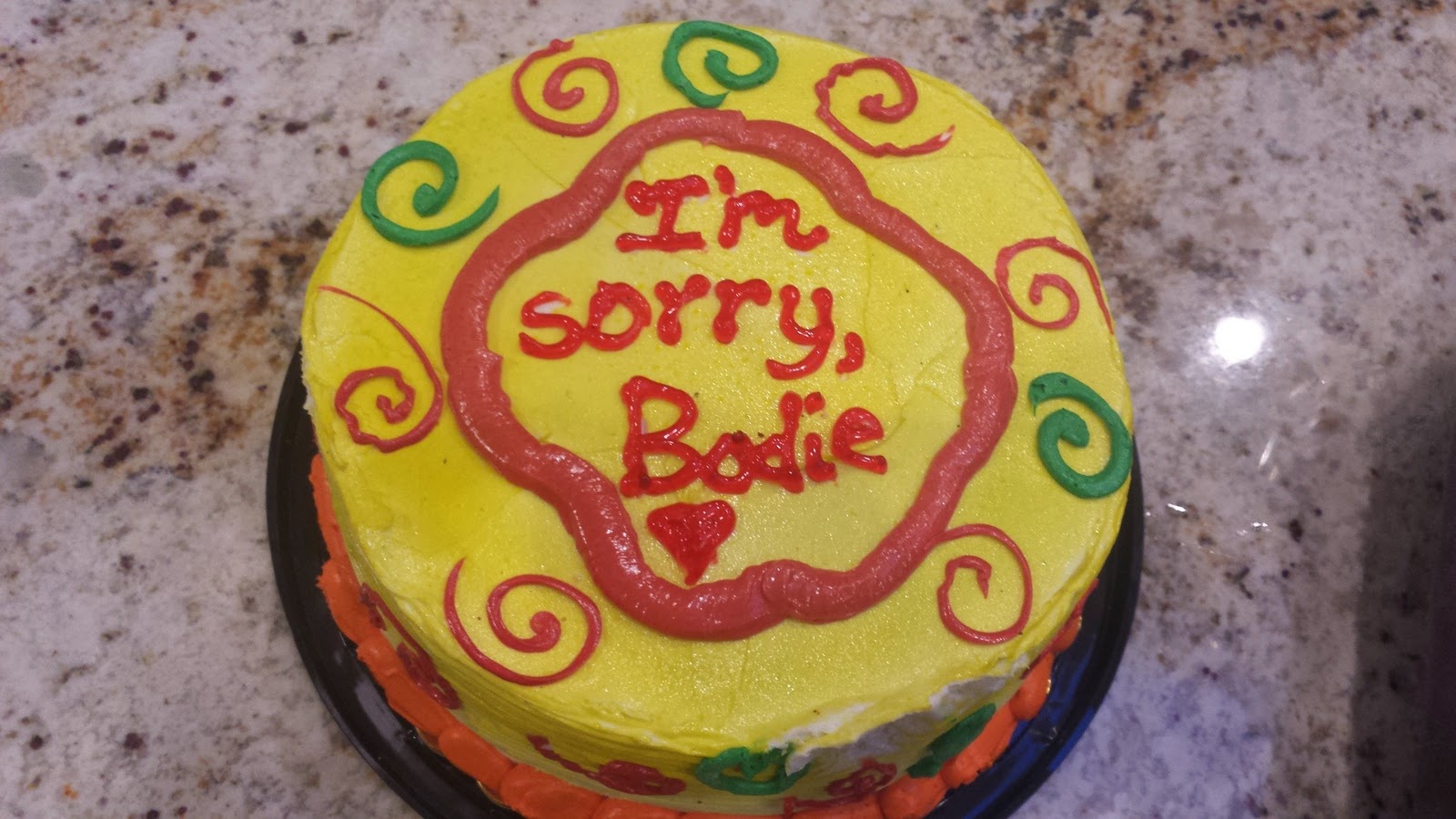 Seriously, like he couldn't have decided he wanted a little cupcake? No, it had to be a big ole freaking cake that we'll be eating for days. Ah, well - at least I didn't let him get the ½ sheet cake he originally wanted! 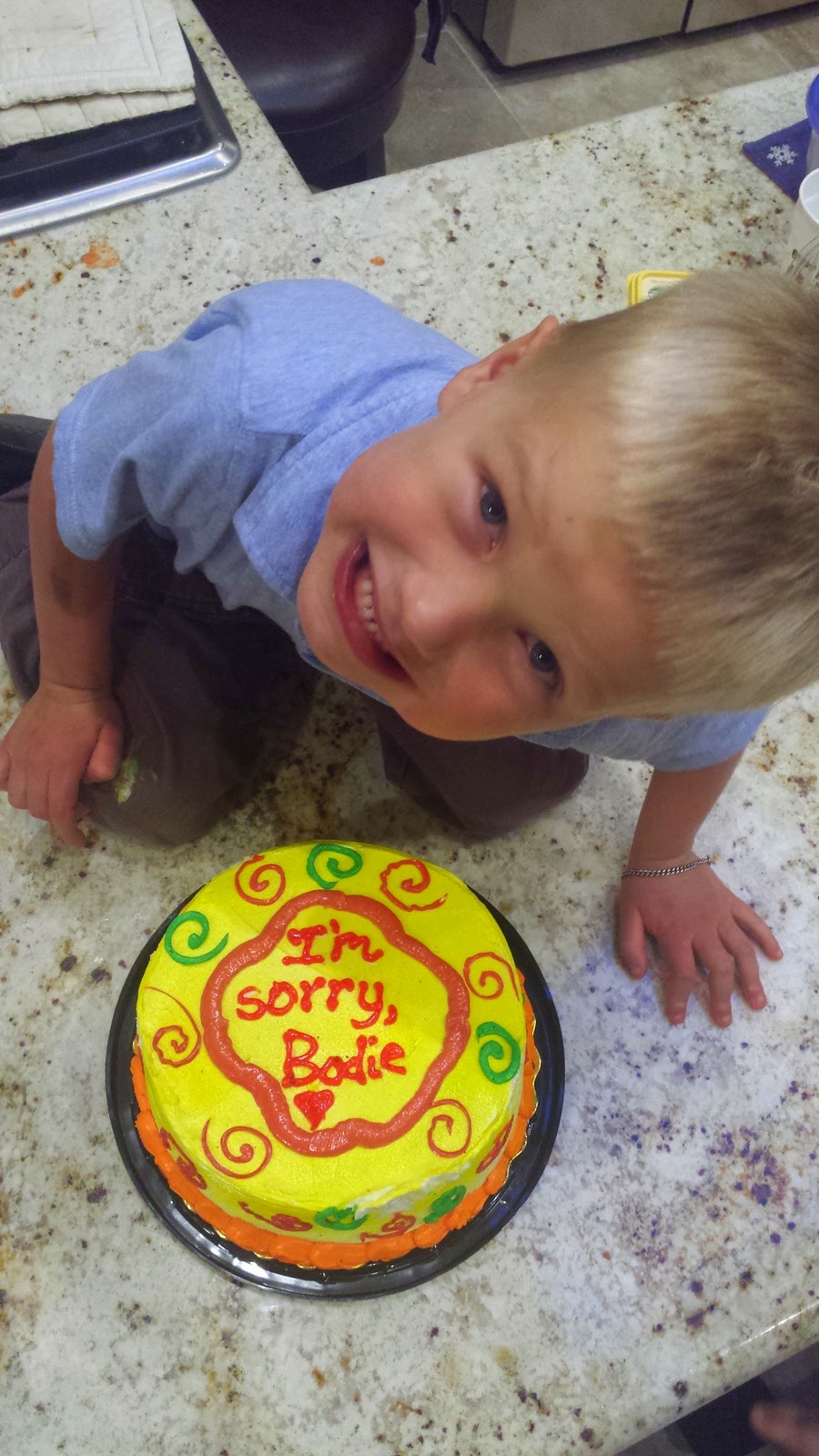 And we came home, put on jammies (which, for Bodie, means a pull-up) and played games.
As you can see, he was clearly distraught over missing the concert. 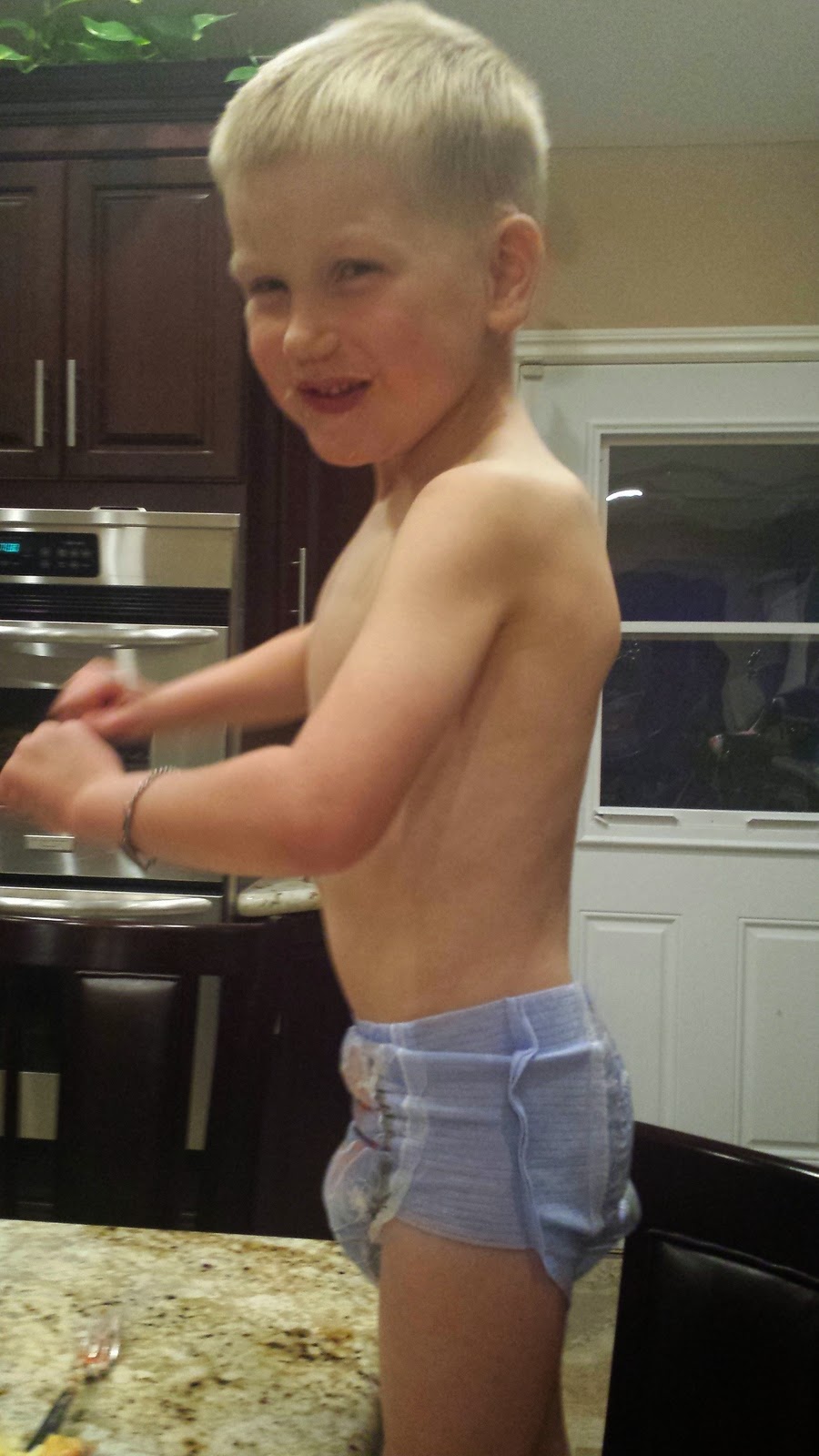 (He was in the middle of his victory dance - never mind that he technically finished last. In our household, we play games until every player has finished - and then they get to do the victory dance when they finish.)

I know he won't remember this. Even tonight, when I was crying, Sierra looked at me and said "Mom, you've never done anything like this before!!!" I felt this immediate rush of relief as though God was telling me "it's ok. She doesn't remember when you missed her show - and he won't either."  So, yes, apparently there is hope yet for Bodie.

But my heart hurts. Man, this mom stuff is tough. Or, well, more accurately, we make it tough. Because we care so deeply for the little ones entrusted to us.

When I texted my friend, who had managed to get her child to the appropriate call time for their performance, she replied back "I can tell you exactly what you missed…A bunch of standing there, not singing and picking of noses."

So, the next time you're thinking to yourself "Oh.my.gosh. WHY won't my mom get off my back? WHAT IS IT with these guilt trips?" just know this - the only reason she's guilt-tripping you is because she has SO.MUCH.GUILT it has to go somewhere. If she doesn't push it onto you, she will literally explode.
So, instead of getting irritated, just say "thanks, mom. You love me. I get it."
You're welcome for keeping your mom from exploding.