The Courage of a Lion 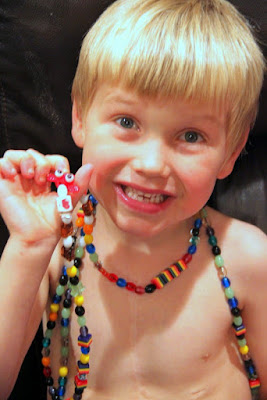 When Bodie was 18 months old(ish), we enrolled him with an amazing company called Beads of Courage, who provides beads to children who've been through medical trauma, so that they can "record, tell and own their stories of survival." At that time, Bodie received beads for his first 3 surgeries and accompanying hospital stays. You can read about that (and his massive collection of beads) here. It was amazing, we all ooh'ed and aah'ed. And promptly put them in the bag they came in. And left them on his dresser.

And then totally freaked out when we thought we lost them in the fire.
And then found them again.
And then left them in the bag again (in my defense, we kind of had a lot going on).

Fast forward to last month, when Bodie wanted me to help him share his Beads of Courage with his kindergarten class (so.stinking.cute) during CHD Awareness Week. 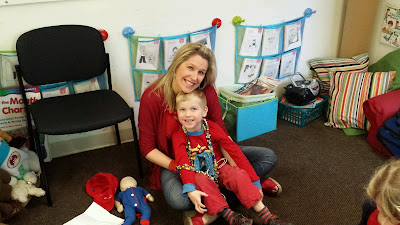 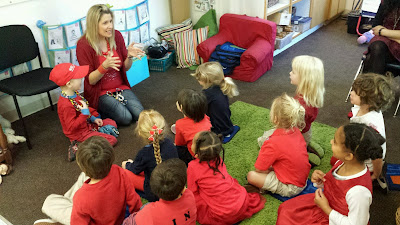 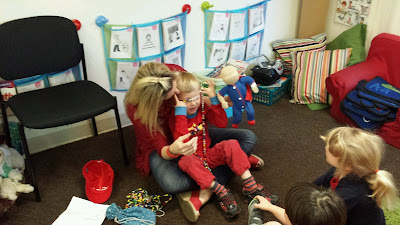 Which was about when I realized "holy crap, he only has 3 open-heart surgery beads on here. We haven't updated them since he was 18 months old!!!"

So, I tallied his procedures from 18 months until now. Ok, I estimated, because we all know I have waaaaaaaayyyy too much PTSD to actually remember everything that happened. But whatever, it's the thought that counts, right?

His beads arrived last week and he and Sierra (and Dusk and I) got busy stringing them. 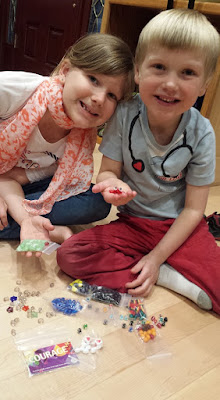 And he had too many beads to fill the strings allotted (again!), so we'll have to get more. But we strung what we had and I'm kinda loving them.  We put the 2 new strings right up with the rest of them (now on his wall, so I'm not worried about losing them anymore). 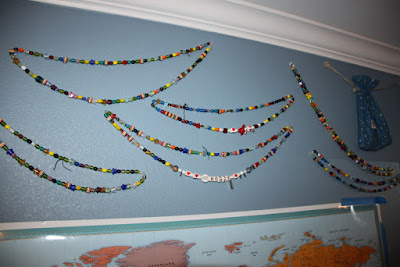 The string with his name on it is his first string, which includes all 3 of his first open-heart surgeries. We put his Fontan string right above it (you can tell it's his Fontan string, since it has 2 open-hearts on it (the red hearts - duh, right?) and a new special bead, made just for him with a sweet message (the lobster one). 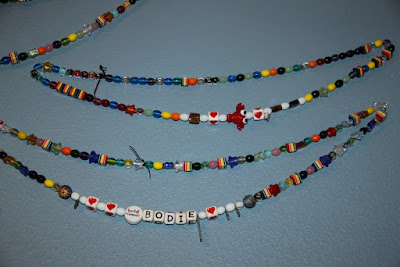 (for the record, his "what the heck happened?" string (i.e. not his Fontan string, but where all the other beads from the past few years went) is on the bottom right of the picture of all of his beads.)

I tried to do a "then and now" photo op, but I'm pretty sure this is officially classified as a Pinterest Fail. 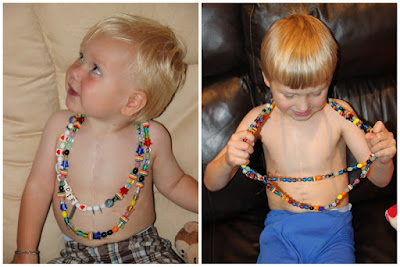 For all of that, and the privilege of seeing how far he has come, I'll gladly take a million pinterest fails.