The force is strong with this one 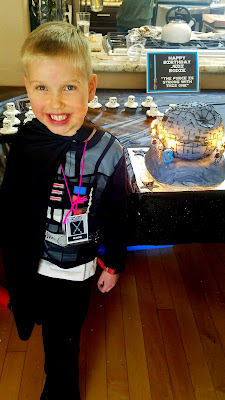 EIGHT.
Hard to believe we've been blessed with 8 years with this sweet, silly, stubborn little dude.

We have too many friends who didn't get to 8. Or 7. Or 6...
In a community where CHD takes too many children every day, we know we are profoundly lucky to still have this little guy with us, enriching our lives every day with his silly sense of humor and love of life. 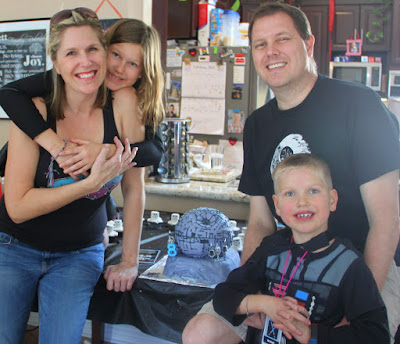 So here's the thing.
When you've had 5 heart surgeries and are dancing around a transplant, birthdays are a huge freaking deal. And you go all out. So when Bodie asked for a Star Wars birthday party, with a Death Star pinata and a Death Star cake, of course I said yes.

What I should have said was "um, how about a Lego party instead? Where everything is square shaped with nice even edges?" But I digress. 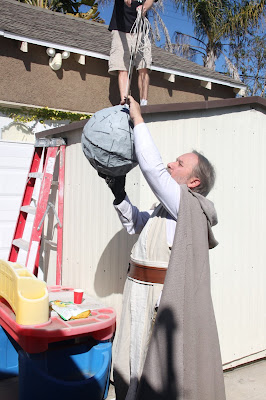 I forgot to get a picture beforehand, but one mom did get this cool pic of the exact moment the candy started spilling out. 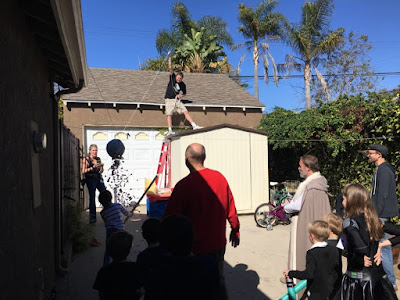 And hey, it actually looks like the Death Star now. 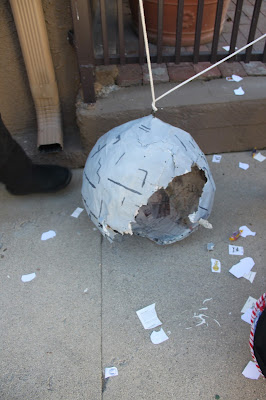 And a Death Star Cake. 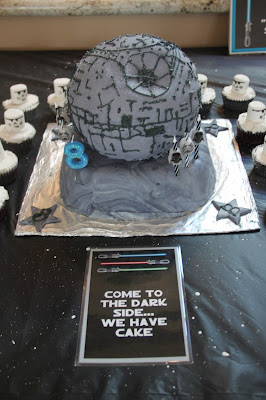 The cake that almost did me in.
There were tears.
So many tears.
All mine.
All at midnight the night before the party.
Dusk even offered to pick up a sheet cake when he grabbed the pizzas for the party.
Which made me cry even harder.

But I managed to pull it off and it was such a hit. 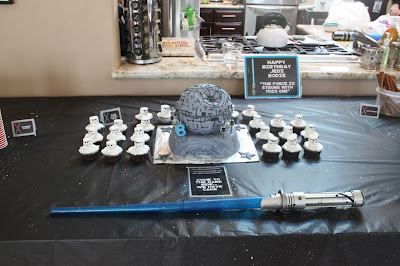 The cake was on top of a platform of rice krispy treats (also a huge hit), complete with an army of Storm Trooper cupcakes. (My first attempt with both a rice krispy treat cake layer and fondant.) 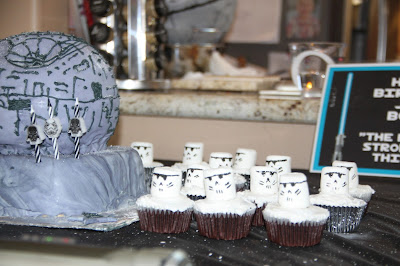 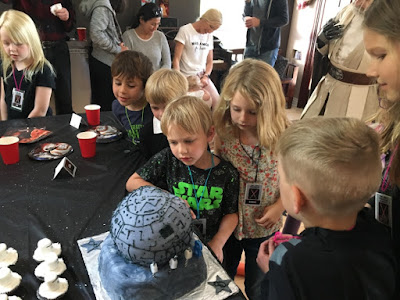 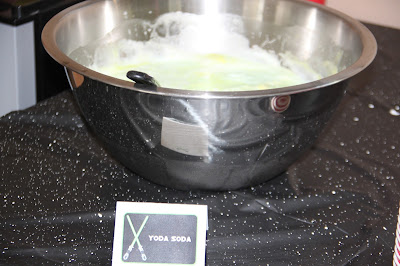 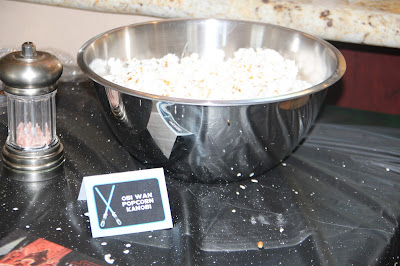 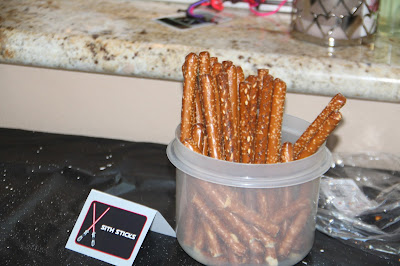 But the highlight of the party by far was this man. 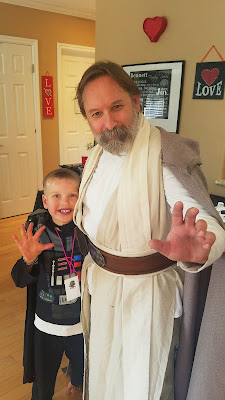 We have the most amazing neighbor who just happens to be Luke Skywalker.
I know, right??? What are the odds?

He pulled up in his tricked out R2D2 car, and you could hear the kids squealing from a block away, I swear. 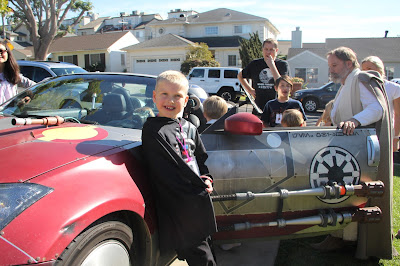 And he gave the the most amazing Jedi training. The kids (not to mention the adults!) were enraptured by his knowledge and teaching. Each of the kids got to fight with him twice and the kids loved EVERY SECOND. 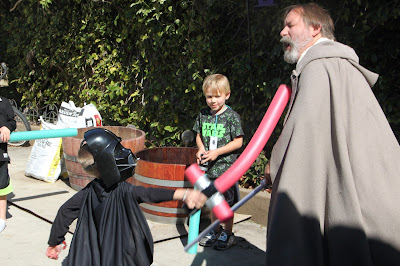 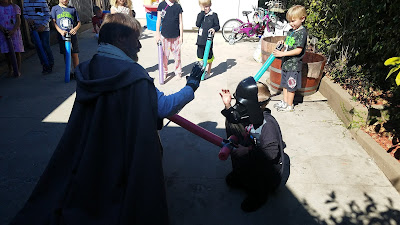 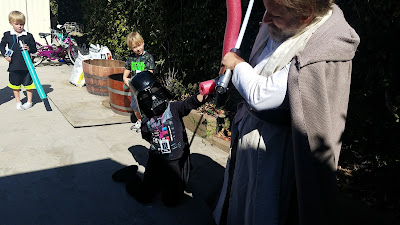 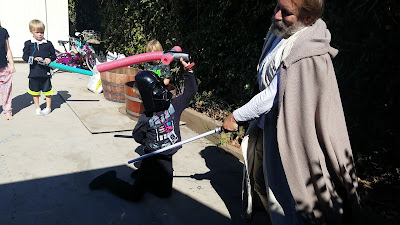 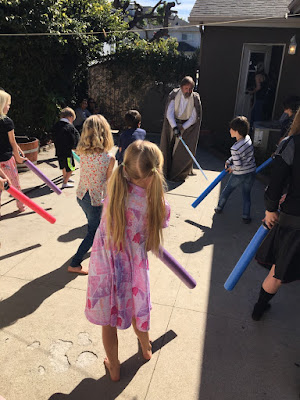 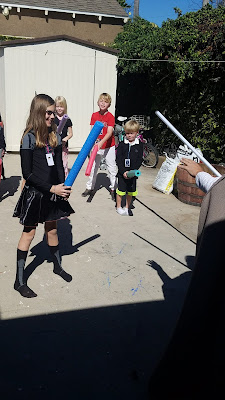 We were blown away and I know the kids were as well (by the training, not Sierra's dress - although the dress was cute!). 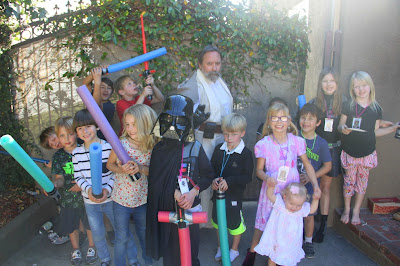 All of the kiddos got to take home training badges, pool noodle light sabers and official Jedi certificates. 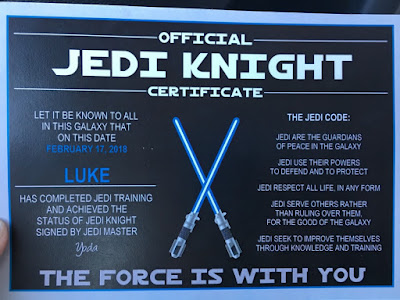 When all was said and done, Bodie told me it was the best birthday party ever. 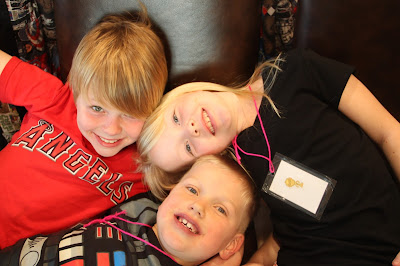 And if any kid deserves the best birthday party ever, it's this guy. 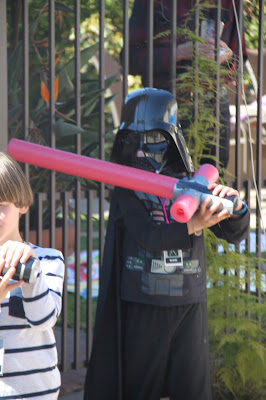 Ok, well, not that guy, but the one in that guy's costume.
The adorable little blondie underneath that really bad dude's costume.
(B is obsessed with Darth Vader and insisted on the costume, complete with the voice changing helmet. But then, he eagerly destroyed the Death Star Pinata and ate the Death Star cake - so he basically destroyed his home. So yeah. not quite sure what to do with that one.)

But this guy, yep, he deserves the world. 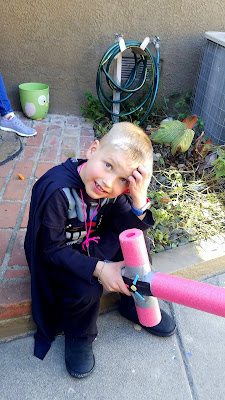 And I'll welcome any birthday party I can make so epic that this dude has to take a break from the fun.