Can I be honest for a minute here?
Homeschool is kicking my butt.
As in, constant chaos, and half the time I don't even know what day it is.

It's fun and we're all learning (at least I am - and I assume the kids are as well?), and nobody has killed each other yet (although that's not entirely from lack of effort on either child's fault - it's mostly my mad skills at breaking up fights). And I'm SO SO GLAD we're doing it.

But whew - the juggling of schoolwork and fieldtrips and client deliverables and work for Sisters by Heart, not to mention all the regular stuff of life and regular physical therapy to (hopefully) avoid back surgery for me - it's a lot! And most days, I don't quite have a handle on it. (Huge props to my fellow full-time working mamas - I don't know you do it all!)

But that is all to say, I meant to post this update a few weeks ago, but well, everything, got in the way! So, I'm doing it from 10,000 feet in the air, en route to a cardiology conference in Chicago.

Bodie had appointments with his cardiologist and electrophysiologist in early October, and the results were better than we could have imagined. (and not just because he sat by himself for a blood draw for the first time EVER - and didn't even flinch!!!) 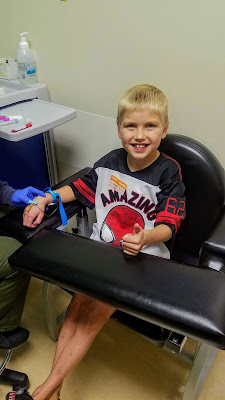 His heart function has improved!
I mean, let's not kid ourselves - it's not like normal function good, or even "normal for his half a heart before he went into heart failure good' - but better. A little bit better. His BNP (measure of inflammation from heart failure) dropped all the way to 9 (which is actually low for a healthy person, if you can believe it!). As his doctor told Bodie "your heart isn't dangerously sick anymore." It's still sick, but not nearly as sick as it was 2 years ago - and it's STILL continuing to improve! In fact, it has improved enough that his doctor dropped his middle of the day diuretics dose, leaving him with only needing medications 3 times a day!!!

On the rhythm side, we discovered that Bodie has been in atrial flutter pretty much since April. That means, for 5+ months, the top of his heart has been going at just below 200 to over 225 beats per minute! As far as we know, his ventricle was NOT going that fast, just his atrium. The reason we didn't catch it sooner is that he presented atypically. Think of flutter like a broken record - the heart is caught in a loop, on the same track. So you'll hear that track, but not the rest of the record. So, typically, you'll see not a large variation of rates (tracks), maybe 10%. But Bodie's variations were significantly more than that, going much lower and much higher. So we didn't realize it was flutter.

The good news is that his doctor was able to identify what it was and pace him out of it!

Here is the BEST news though. What we know about Bodie is that his body doesn't tolerate arrhythmias for long periods. He is ok with being in a faster heartrate about 50% of the time, as long as he is getting regular breaks from it. But when it lasts day in and day out with no break, we start to see behavior changes - he gets very easily frustrated with ANYTHING that doesn't go his way (as in, a zero frustration tolerance), very emotional, angry, very "triggery". just hard to deal with. Which makes sense, considering he's basically been on a constant adrenaline rush - none of us like that feeling. Well, he has been like that for months. And complaining off and on that he "felt yucky." But I didn't realize it was because he was in a near-constant arrhythmia (insert mommy guilt here).

Looking back, I am realizing I really noticed it starting last spring (probably April-ish - not so much of a coincidence), when he started complaining about how hard school was for him. Prior to that, he had been an excellent student. I talked regularly with his teachers, and we all decided that things just get harder in the latter part of 2nd grade, as more independent work is expected of the kids - and that was why he was struggling. And it totally seemed plausible.

Here's the thing with Bodie. He is such a complex kid. It's so hard to know at any given point what might cause a behavioral shift like that - is his heart failure worsening? Is all of the change (school closure, homeschool situation, etc.) just hard on a kid who needs routine? Is he not getting enough sleep? Is the undercurrent of stress running through our household too much for a kid who is very tuned into the emotions of those in his environment? Is he just hitting the wall that a lot of kids with heart defects ultimately hit in school, where we start to see the impact of years of oxygen deprivation on the processing speed of his brain? Or is he just being a defiant 8-year old and we need to push through it?

In short, we just don't know.
So we go one by one down the list until we figure it out.

In fact, the week before his appointment, I had him back at the therapist, for the first time in months, because I just didn't know how to help him.

As it turns out, I knew exactly how to help him.
I just didn't know I knew.
And his EP knew.
He paced him out of that flutter and by the next morning (really, by later that evening), Bodie was a different kid.

It's like we have our Bodie back.
He's still tempermental from time to time, because, well, he's Bodie. And he's human.
But it's nothing like it was.
It's manageable.
He's SWEET and WANTS to help.
And he's HAPPY again. And engaged. And just Bodie again.
It's been really quite unbelievable.

To say that we're grateful is an understatement.

I don't know how we (and he) got so lucky. But we will take it. Because we could use some good luck around these parts.

And thanks to the clean (well as clean as we're going to get) bill of health, we've gone full steam ahead with life!

Bodie started Jujitsu 2 weeks ago and is over the moon about it. LOVES it. (Mostly loves that he'll learn some cool moves to fight his sister, but hey, I'll take what I can get!). 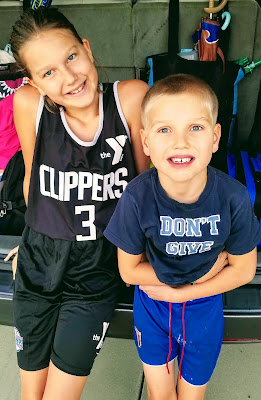 And Sierra has been swimming and just started basketball (gotta use that 5'2" height for something, right?) She adores it - this girl may just have found her sport!

And we're fieldtripping like crazy.
Last month we did the Aquarium of the Pacific (in Long Beach).
Last week we did the Natural History Museum 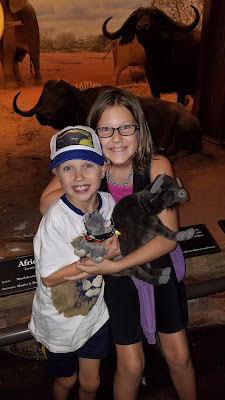 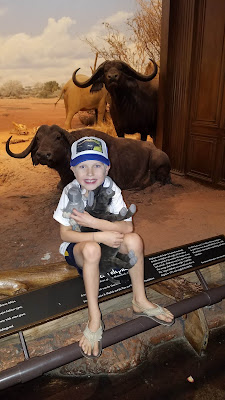 And yesterday, we did the Santa Barbara Zoo. 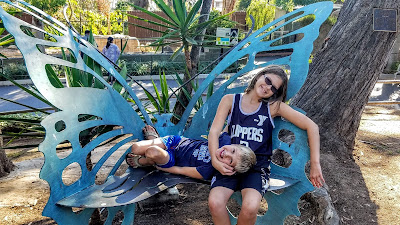 What a sweet little zoo - it was empty and we had so much fun! 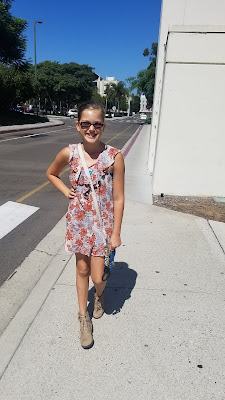 How is that allowed?!?

So, as they say, full steam ahead.
Into the holidays.
Good thing that's not a busy time or anything.