Reflections from the other side of COVID

3 out of the 4 of us are officially considered over COVID and free to move about the country at this point.
Unfortunately, Dusk joined the COVID party with symptoms and a positive diagnosis about a week after us, so he's still in the thick of it. Thankfully, he seems to be managing ok from a respiratory perspective, just generally really fatigued and winded. Like me, he gets it in spurts. But we're ever so grateful he's doing as well as he is, and was even perky enough to celebrate his birthday last night. 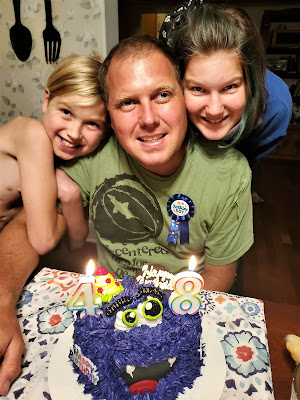