If you're a John Denver fan, you'll recognize the title of today's blog entry. And if you're not, well then, we'll try not to hold it against you. :-) It seemed only fitting to use the title of one of his most beloved songs to describe our state of mind here in the beautiful Sierra Nevadas.
Since my last post, things have settled down considerably. I think Bodie is finally past his illness, because he's been SO much happier - a happier dictator, if you will. We thought Sierra might have caught the bug as well (really, what's a family vacation without BOTH kids having an opportunity to vomit multiple times?), but hers only lasted a day, thankfully. We've been having SO much fun the last couple of days - it feels like our vacation has finally begun!
On Tuesday, we went to the beach in the morning and took the kids out to a nice restaurant right on the water for dinner. It was GORGEOUS. Bodie wasn't as impressed with the scenery as we were, and was more interested in throwing things, screaming (again, thank God for the paralyzed vocal cord!) and crawling under other patron's tables. He was a complete and total nightmare (and for those of you thinking we're those kind of parents who don't discipline our kids and we just need to discipline Bodie, I assure you that we are working on it - disciplining a completely healthy 17 month-old is no easy task, let alone when you add in the medical issues Bodie has faced - but we have no intention of letting him become spoiled, so we are working on it). In any case, I think our entire family got a total of 10 minutes at the table together (the rest of the time, either Dusk or I was outside with Bodie, trying to keep him out of trouble). Although we were exhausted, Bodie made quite a few new friends this way - SO many people commented on how cute he was as he was jockeying to get behind their chair or under their barstool. We did snap a few beautiful pics on the beach afterwards... 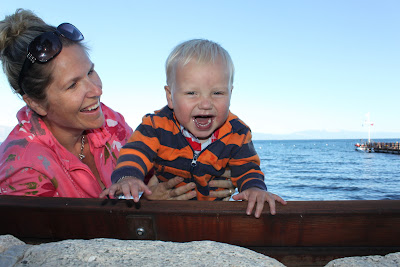 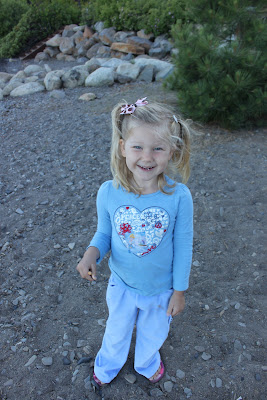 Yesterday, we decided to give Bodie a break from the altitude and headed down to Reno, to spend the day with Popo Alan and Grandma Jan. We went to a great park and once mommy "disappeared" (hidden behind a fence, watching on - hoping for an out-of-sight-out-of-mind response to the unbelievable mommy-centric clinginess both kids had shows up until that point), Bodie and Sierra had a lot of fun with Popo and Grandma Jan. 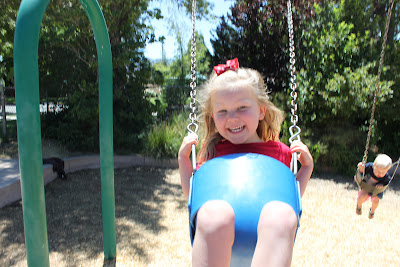 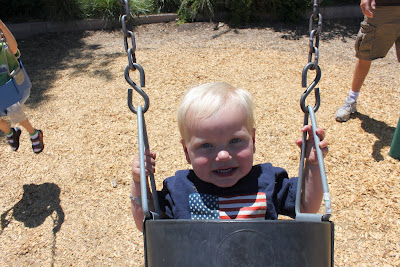 The park also had a train ride that the kids LOVED. (We rode it 2x!) 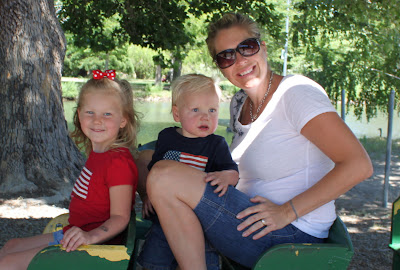 After a 2 second nap in the car (only slight exaggeration - seriously, Bodie was WIRED after the park and train ride), we headed over to Circus Circus. We knew Sierra would have a blast. 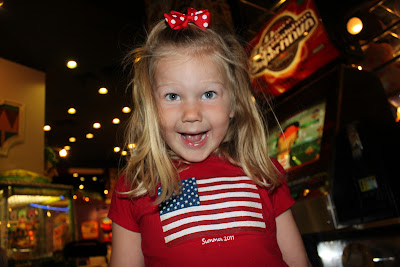 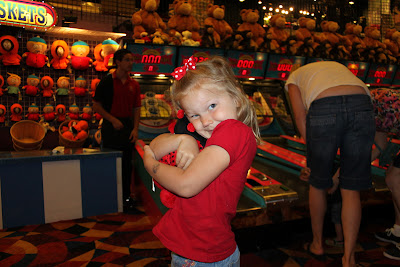 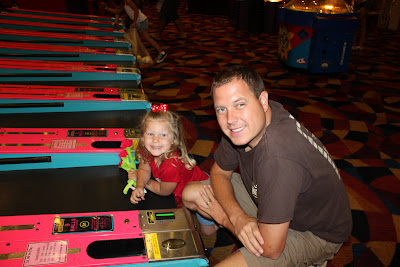 What we didn't expect, however, was for Bodie to have the reaction that he did. Oh my word. The kid was in hog heaven. All the lights, the music, the games. He was crazy. Had SO.MUCH.FUN. 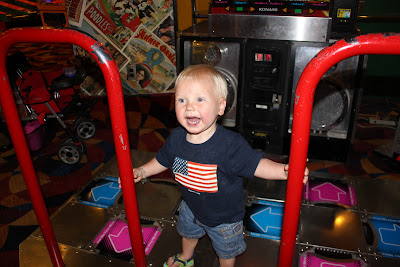 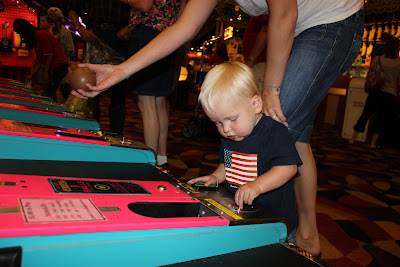 After dinner last night (topped off with Bodie faceplanting and splitting his lip while running out of the bathroom to get away from mommy - seriously, he is such a danger to himself) , we were blessed with a visit from two of Bodie's most devoted prayer warriors, Jim and Cris. Jim, thank you for sharing how Bodie's journey has afffected your life. We were so blessed to meet you both and spend time with you last night. 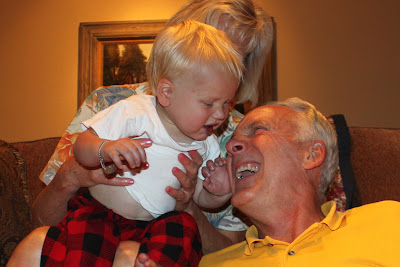 Today brought a trip back up the mountain to Tahoe, where we stopped by the altitude sign for Mt. Rose. WOW is all I have to say. This is a moment we didn't know would ever happen. Bodie, at high altitude. This has been a dream of Dusk's, who grew up in these mountains, ever since we heard about Bodie's heart condition and knew it might not happen. 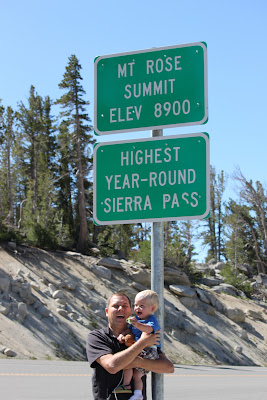 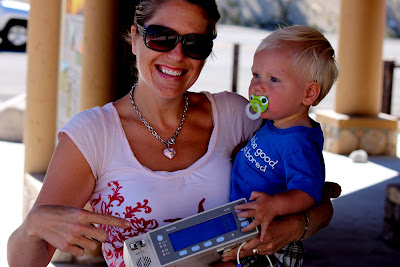 And for us to have this moment, just one year out from this, when Bodie was discharged from the hospital after his MRSA admission (9 very long weeks), when we were so scared and had no idea whether we'd be back in the hospital immediately or not (turned out we got 2 months at home before his Glenn). We kind of view July 21st as the day our lives with Bodie really started. So, to be standing here at 8,900 feet with him grinning away almost one year to the day later is just absolutely incredible. Rocky Mountain, er, make that Sierra Nevada High, indeed. Truly, the other stuff just doesn't matter... 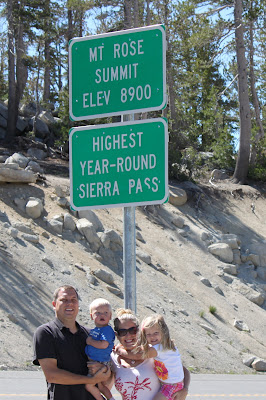 ...at least to us. Bodie's still kind of hung up on the other stuff - like the snow, which he was NOT a fan of (as an aside, can you believe there's snow on the ground in JULY and we're walking on it in shorts and flip flops???) ... 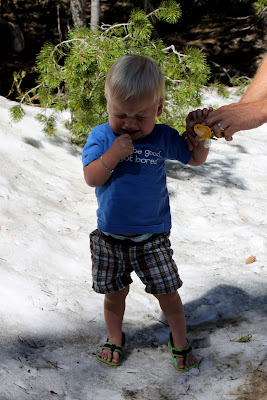 And Bodie's take on all of the incredible excitement of the last few days? Yep, we have finally tired crazy man out... ;-) 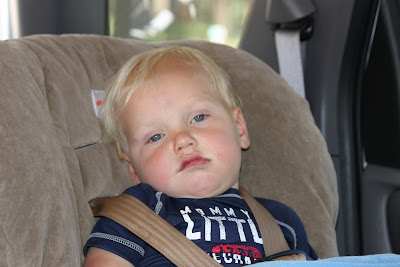 I am so happy to report that this vacation just keeps getting better and better. As you know, from my last post, we weren't sure it would. But it has. THANK GOD!!!