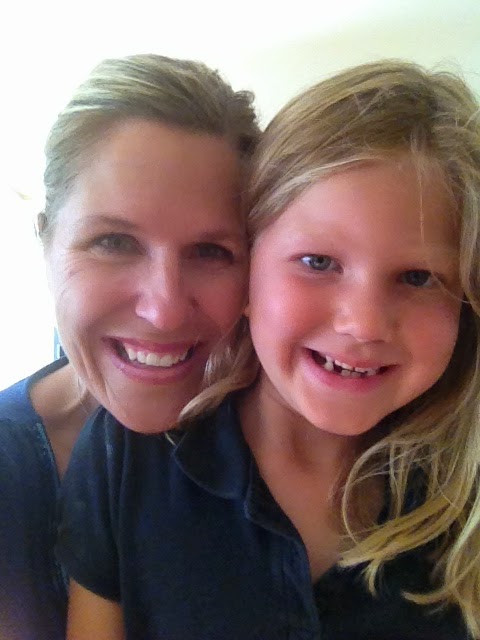 (the one on the right, with the cute gap-toothed grin - not the exhausted mama on the left)

Her daddy and I could not be prouder of her. She had her awards ceremony at school yesterday and won 2 awards - a church attendance award (I LOVE that her school does that!) and a Merit Roll award. 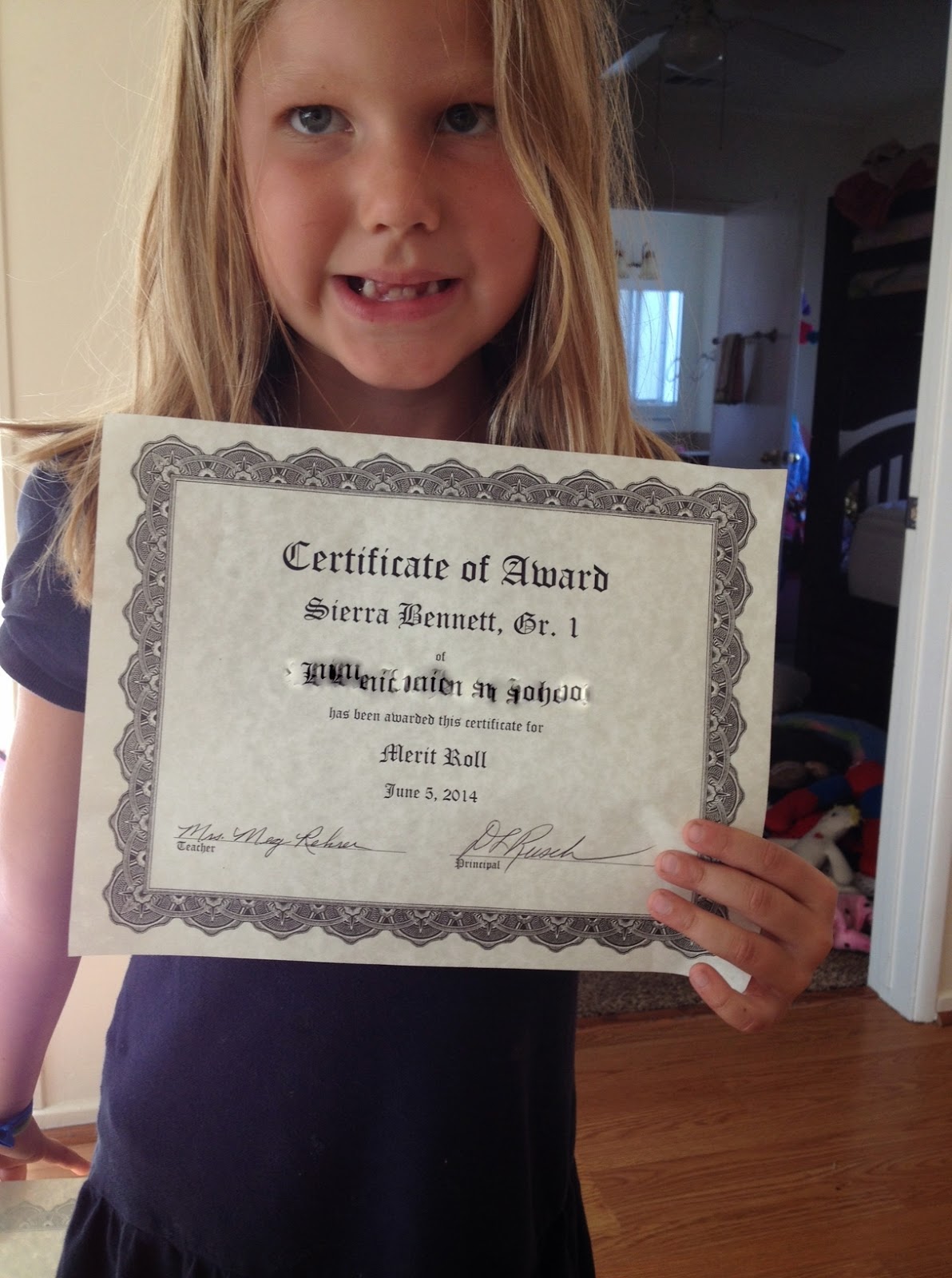 So, here's the thing. I know to some families, this might not be a big deal. I mean, I grew up in a household where, if you weren't going to get A's, you might as well be getting F's (in my parents' defense, they claim there was no such emphasis on grades in our household - but somehow that's how I remember it. Ha!), so Merit Roll and Honor Roll were just a given.

But in our household, it's a big huge ole hunking deal.

We (and by "we," I kind of mean all 4 of us, but in this particular scenario, Sierra) have some issues paying attention. For Sierra, that translates to difficulty staying on task in school, focusing on finishing her classwork during the day and her homework at night. That means that schoolwork does NOT come easily to her. She expends a lot of time trying to reel her energy in so that she can focus, which doesn't always leave a lot of extra time to actually learn the task at hand.

For kids (and adults, for that matter) with attention issues, a strict schedule and good routines are some of the best recommendations for thriving.

Yeah...so, while Sierra needed a strict schedule and good routines, she got...
*a brother recovering from open heart surgery when the school year started.
*a brother bouncing in and out of the hospital for the first 2 months of school.
*a house fire.
*2 nights living in one hotel, followed by 3 weeks at a different hotel.
*moving into a rental home, having lost all of her furniture and a good portion of her belongings.

Need I say more? This poor kid was practically set up for failure.

And yet, she tried. She pushed through, despite the rather large obstacles in her way.

And she made the freaking merit role.

So today, we're going to shout from the rooftops just how stinking proud of this little girl we are. 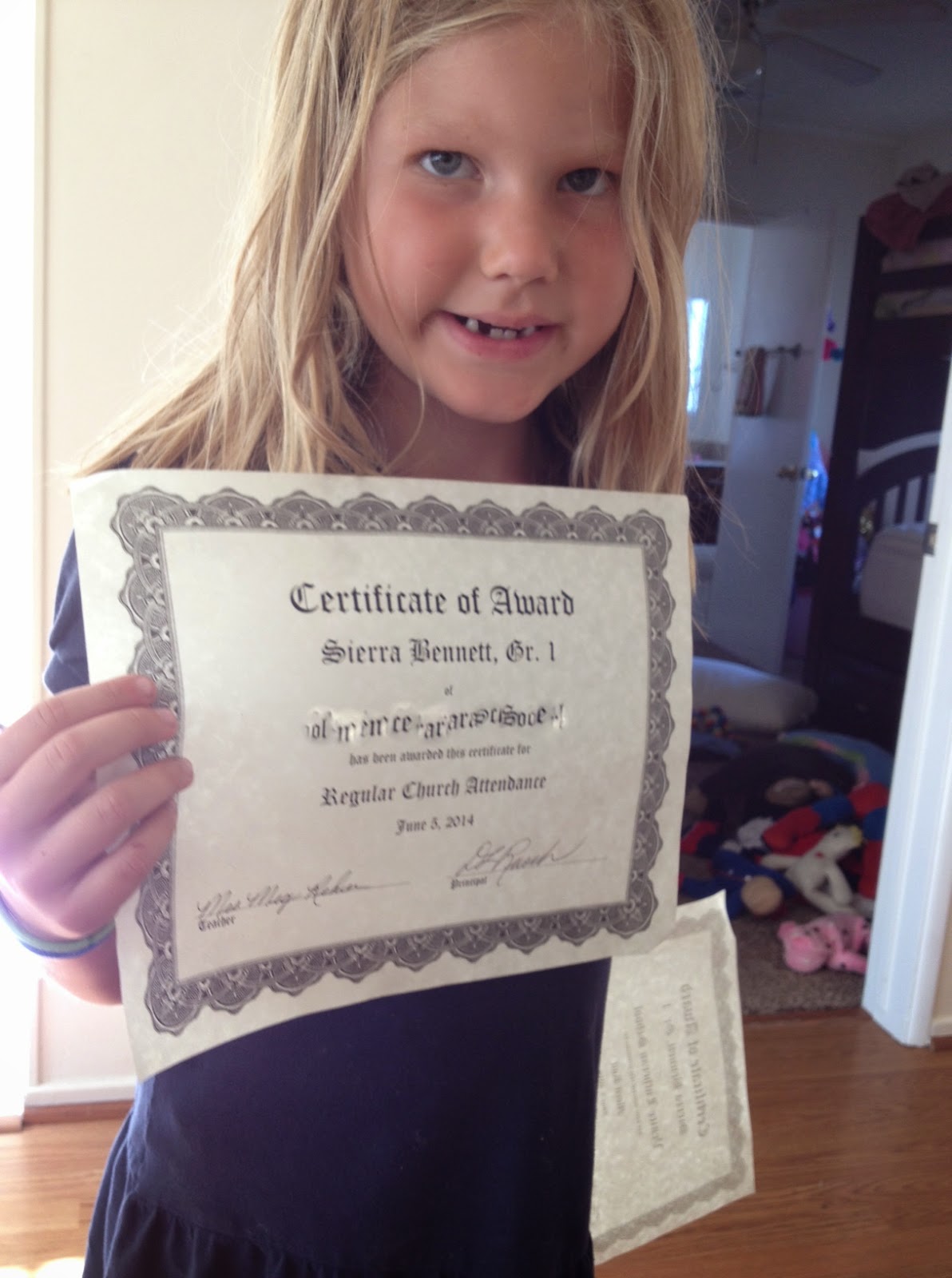