I don't think about it much, really. It certainly doesn't dictate our days and our nights like it did at this time last year.

But then, something will happen. It will sneak up on me, out of nowhere.
Like a freight train.
So maybe not so sneaky, but it turns out, I'm super adept at pretending like it's not there.

But then it is - the reminder of just how damn scary it is raising a medically fragile child.
Just how much he has been through.

Last week, I was picking Bodie up from preschool and lingered on the playground for a bit, just watching him play. I watched the kids swirl around him in dizzying circles, up and over the playground structure, around the sandbox, running with effortless ease. Laughing and calling to one another in high pitched toddler squeals. Kids, truly, without a care in the world.

I looked over to my sweet boy, watching him climb up and down the play structure, full of life. And yet without the same boisterous energy of his playmates. He has energy for miles, but it's a different kind of energy. A heavier energy. Perhaps an energy born of a lifetime of experiences no one should ever have to endure. An energy honed after 4½ years of literally fighting for his life. And I was sad for him, sad for how hard he has fought just to play on the playground like other kids.

And I found myself angry. Angry at a group of 3 and 4-year olds. Seriously. Ridiculous, right? Bodie has the sweetest classmates and I love them. But, in that moment, I was angry. And sad. And I was resentful of their sweet lives, void of pokes and prods, and horrific procedures.

The feeling passed quickly, but it surprised me. I honestly haven't felt that way in a long time. Maybe the last time I felt this way was watching all the other babies breastfeeding when Bodie was unable to. Something like that. Definitely a long time ago.

I was surprised to find those feelings still lingering.

You know, I don't often feel like Bodie has "missed out" on much in life. We really do try very hard to let him live as typical of a life as possible. It's possible I'm in denial (feel free to hit me up and let me know if that's the case), but really, other than when his heart has necessitated special treatment (pulling him out of school before procedures, his Make a Wish trip, etc.), we have made every effort for Bodie to have a normal life. He goes to preschool, he "plays" (as long as it's a very loose interpretation of that word) sports, he loves to color and crash his cars, he has chores just like his sister. By most accounts, he lives a rich life.

And yet, sometimes, the reality of what he's been through still hits me.

So what I would say to those who watch from the sidelines and wonder how we do it, is this - this life is tough on the inside.

Not always. Sometimes it's amazing, and the blessings are overflowing. And 100% of the time, I am confident this is where God has called our family.

But even so, sometimes it is freaking scary.

Of course it is when you're in the hospital and in survival mode. That's kind of a no-brainer, right? Everyone can see that.

But sometimes it's hard even when it doesn't look like it.

Times when the familiar pit sets into your stomach the week before routine cardiology appointments, when your mind races back to appointments that ended in unexpected hospitalizations, ripe for triggering the boatloads of PTSD compliments of having almost lost him more than once. And your mind races forward to the inevitable - will this be the appointment where we finally start to see his heart function decreasing or his body not liking his circulation?

Times when sweet chubby little hands reach out for medications, as much a part of life for him as playing with his little cars. And times when he can name all of his medications without skipping a beat.

Times when a new pediatrician stops short upon walking into the room, saying "Wow. I just read his file, and this was not the child I expected to see."

Or times when you watch him play on the playground, and realize that his life is so, so much bigger than any 4-year old's should be, his worries deeper, his life experiences more colorful.

And it hits you again, almost as much a sucker punch as that initial moment of diagnosis. For just a moment, the clarity of it all, of everything he has been through, hits you. And it brings you to your knees.

Thank you for recognizing that this journey isn't always easy, but that this is the journey we've been called to.

Thank you for praying for us up close and from afar. Thank you for interceding on our behalf when we're too tired to, or too scared to.

But today is not that day.

Today, he just wants to be a boy, playing on the playground.

Thanks for letting him be that kid. 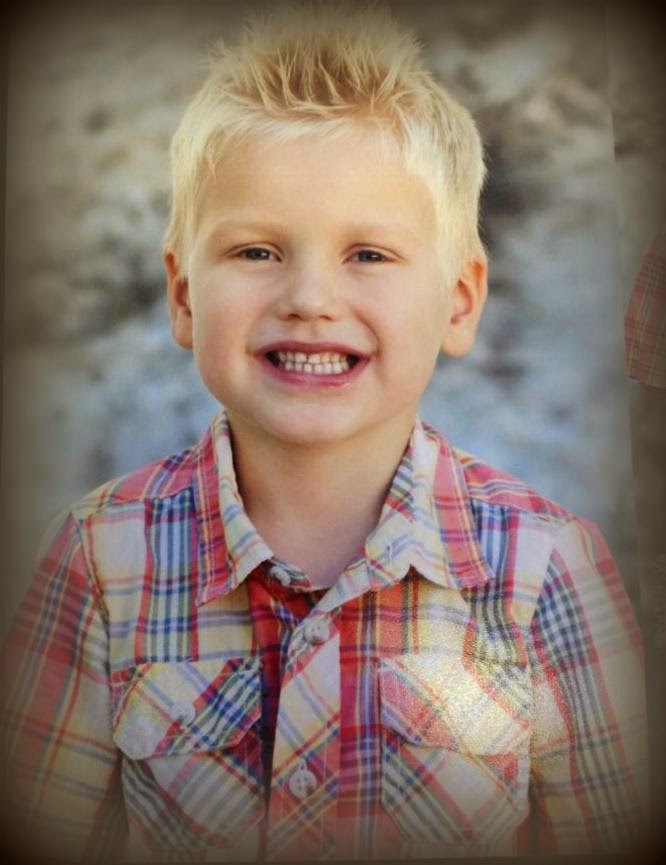 Oh, and thanks for putting up with my crazy. I know I don't make it easy. And thanks for keeping it under wraps for me, so that my boy can just focus on being a kid.