2 years ago, today, we took handed off our sweet boy who looked like this… 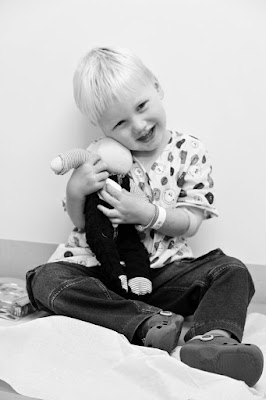 And hours later, were given back a boy who looked like this… 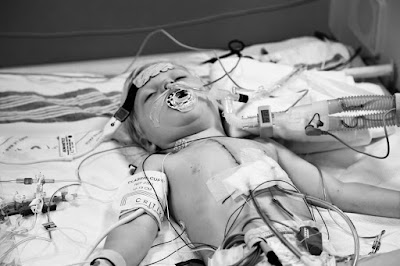 And so began a tumultuous recovery from what should have been his "final" open-heart surgery for the foreseeable future. A year that included an additional open-heart surgery 3 days later, a pacemaker site infection 5 ½ weeks after that, repeated hospital stays, a 6-week course of iv antibiotics and 2 cardiac catheterizations before he was finally thriving. Not the result we expected from his Fontan.

But even so, we celebrate Bodie's "Fontanniversary." Because the Fontan was the final planned step to get him to where he is today. Because we always knew it was coming, from the moment we found out about his special heart when I was 17 weeks pregnant. Because it was a journey to get to it. Because we thank God that Bodie was a candidate for the Fontan, that he thrived in spite of a year of struggling post-Fontan, and that his body is tolerating the Fontan circulation so well now.

And because way too many of his friends haven't made it this far. Friends like sweet Joshua, who would have turned 5 tomorrow, but lost his battle with HLHS way way too early; and gorgeous Hayden, who went to be with Jesus unexpectedly following his Glenn surgery 3 years ago today.

And because other friends have had their Fontan, and have struggled. Friends who are struggling across the country right now. Friends like Xavier and Hughes. And friends who struggle just to get to their Fontan and may not be eligible once they get there. Friends like Tyler and Michael.

We celebrate every step in Bodie's journey. Because we know we cannot take any of them for granted. And we don't.

Today, we celebrate Bodie's Fontanniversary.
With a big, fat ice cream sundae after dinner at Soup Plantation (which, thankfully he was swayed toward, after initially choosing McDonald's!) 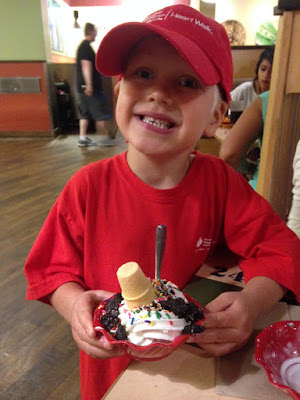 Which was only after the fresh baked cookies they brought us when they heard what we were celebrating. 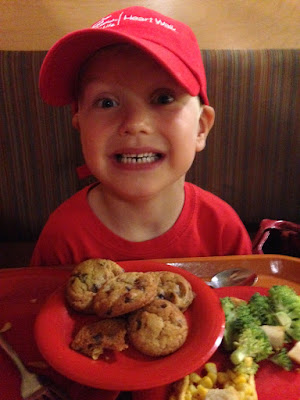 Bodie, we love you SO SO MUCH. And we will always be here to support you and love you, wherever this CHD journey takes you.
And we are so proud of you (even if you did embarrass the crap out of your mama yesterday when you yelled "I have LIIIIIIIIIICE!" at the top of your lungs as a war cry as you cannonballed into the public swimming pool!)
Thanks for keeping us on our toes!