These two kiddos headed back to school today. 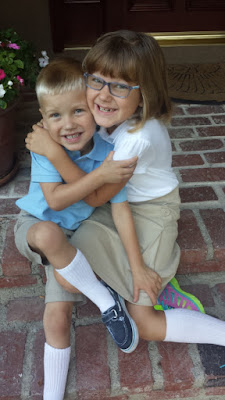 For the FIRST time ever, they are AT THE SAME SCHOOL!

After a very stressful evening last night (let's just say a certain someone had just a little bit of anxiety about starting kindergarten today!), today went off beautifully! 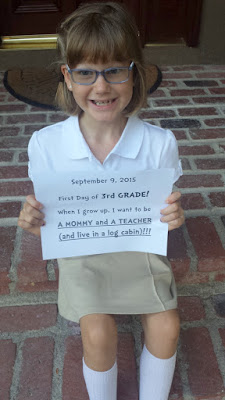 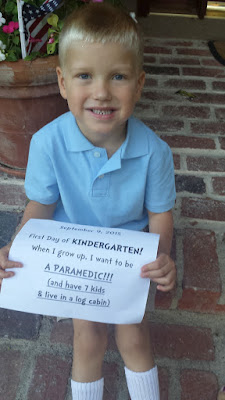 (this may be what happens when you spend your summer listening to the entire Little House on the Prairie series!) 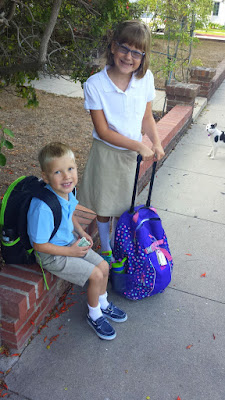 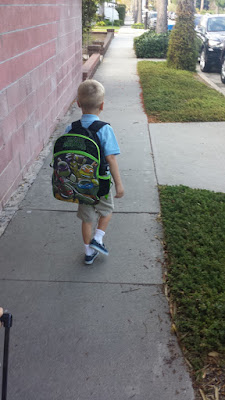 Sierra was super excited to start back to THIRD grade!!! 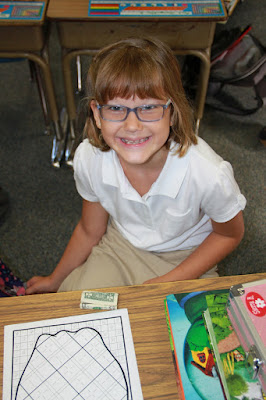 She was most excited to see all of her besties again, especially Anna! And Bodie…let's just say he knocked my socks off. I was expecting a hard time separating from me (one of B's trademark personality traits), a super hard time focusing, a lot of nervousness and anxiety from him, etc.

But I got NONE of that! Instead, I got a super duper excited little boy, who walked in like a boss, put on that name tag... and totally owned it. 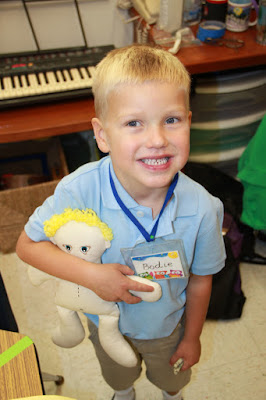 We got him settled into his room, and then I asked him if he wanted to go with me to get Sierra settled into her new room. His response? "No, I don't think so. I want to stay here and play." I so did not expect that! WOW! NO separation anxiety whatsoever (on his part at least - and I was too stunned to be sad!). Suffice it to say, this kid was READY.

It really helped that he absolutely adores his teacher. 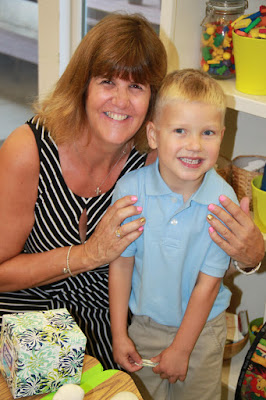 And that he's sitting right next to his best friend, Anika. 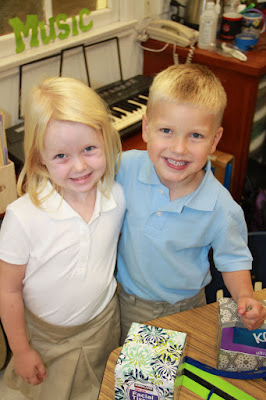 I mean, seriously, how cute are these two? They have BIG plans for a future together - it's totally hilarious to hear them talk about it.

I'm pretty sure, as long as he has Ani by his side, this kid thinks he can do anything (and he's probably right)! 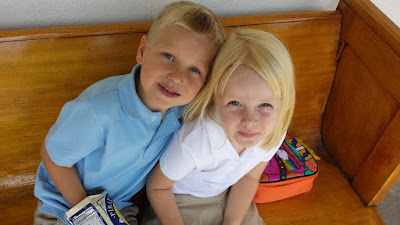 In a fun coincidence, Ani was dressed exactly the same as Sierra, even down to matching shoes! 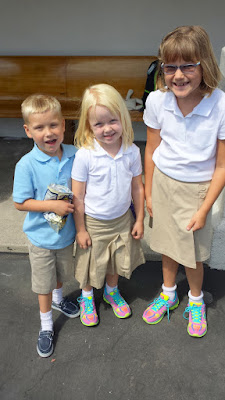 When I picked up the kids after school, they were bubbling over about how much they loved their new teachers, and their new classes. Bodie said it was his "best day ever" and that he wishes he could do it again. And his teacher said he did GREAT (so well behaved she almost forgot he was there - I'm 100% certain we've never heard that about Bodie! Ha!). What a blessing!

We feel so grateful today - grateful that Bodie has gotten to this point (no small feat by any measure of calculation), is starting kindergarten, and is doing so in an incredibly loving and caring environment - the same environment that has nurtured Sierra through an incredible amount of trauma these past few years. This school has been a shelter in the storm for Sierra - and we are so grateful to see Bodie welcomed with such open arms.

Here is to a very, very good year ahead. 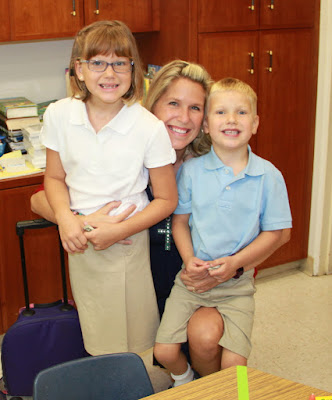