We're wrapping up our second week of school, and I have to say, things have gone exceptionally well so far. As in, this is the first year we have not been in the mad back to school mood that usually takes a month to adjust out of.

Sure, we've had our moments - like this morning, when it was school picture day and the kids had to be there 30 minutes early for the sibling pics - 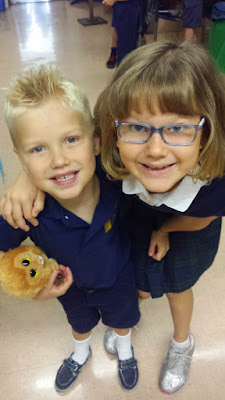 (so, not only did they have to be at school earlier than usual, but they actually had to look good, which meant the morning was pretty hectic - but I think they turned out pretty cute!), but on the whole, I'd say this is the smoothest start to school we've had.

Not sure why, but I suspect it's at least partly due to my focus on slowing down, which has meant more time to decompress for all of us.

I've made several small changes, but probably the two biggest have been:

1) having a fairly consistent bedtime of 7:45 for the kids.
We used to do 8:30, and there would be nights that Bodie would still be wandering the house at 11pm because he couldn't fall asleep. Their therapist suggested that we were missing our window to get them to bed and that we needed to get them in bed earlier. She was totally right. Since we've moved their bedtime forward, I can count on one hand the number of nights Bodie has come out more than once. It's been so great.

2) instituting a "siesta time"
(a brilliant concept one of my dearest friends, Valerie, introduce me to).
During the first 30 minutes after we get home from school, the kids and I all separate and do our own thing. Sometimes we're all in the same room, but the one rule is that we don't interact with each other. The way I figure it, they've been around people all day, expected to behave well, and they need a minute to themselves, to gather their thoughts and recharge. And, heck, I NEED it. I'm an introvert and it's the only way I recharge. Turns out they're the same way. Who knew. 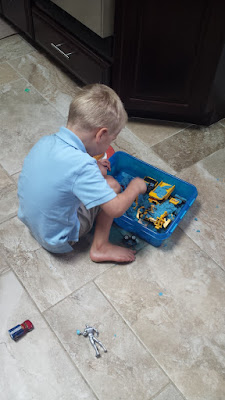 Bodie usually plays with kinetic sand during siesta time. Sierra reads or does a craft - or sometimes starts on her homework.

So we're plugging along. School is going well. Really, really well. Sierra is LOVING her new third grade class, and Bodie couldn't possibly love kindergarten more. They come home with huge smiles every single day. It's been such a relief.

Sierra is now in band, and is playing the clarinet. She loves it and is learning so much!

Bodie has started speech therapy, to work on projecting his voice better (an after effect of his paralyzed vocal cord from his first surgery) and a few articulation issues Boston picked up on. We're already seeing improvement, which is fantastic.

He's also doing soccer at school (and is SO excited about it), and we started him in gymnastics, to help with strength and endurance. And oh, my, this kid could not possibly be more obsessed with gymnastics. 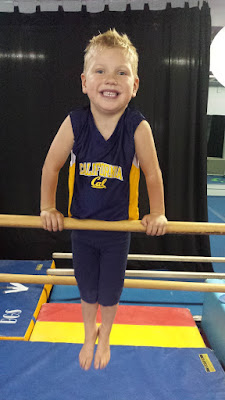 That face…I mean. He held that position for almost 10 seconds (and then did it several more times!) and was so unbelievably proud. 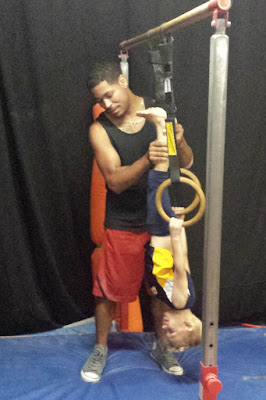 Gymnastics has been the best fit for him. We're so happy.

And he had a cardiology appointment yesterday, which went incredibly well.
I've been noticing more sweatiness and slightly lower oxygen sats lately, so I was concerned. But his echo was beautiful, with great function and no valve regurgitation. So we're just watching it (and hoping it's just due to our recent bout of crazy hot and humid weather)! We got to go down on his Sildenafil, which was great news. 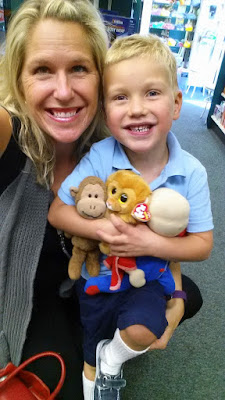 The best news? After almost a year sitting at the same weight, we made some changes, including adding a can of Pediasure to his diet - and he has gained a whopping 3 POUNDS since June!!! That was music to my ears!

We celebrated by grabbing our flu shots (and matching bandaids!) and heading to soccer practice. 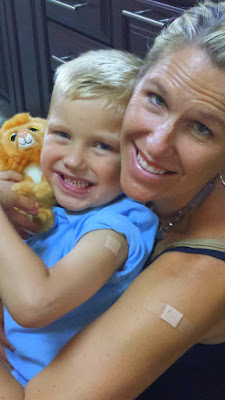 Because that's just how the Bennetts roll.

Hope your back to school is going as smoothly as ours!