When time is the biggest blessing you can hope for

As I mentioned earlier this summer, we would be going to Stanford for a transplant opinion. We had that evaluation done last month.

Let me back up for a second. A lot of friends have been asking why we were going to Stanford when Bodie's care has been provided at CHLA up to this point. The answer is that we're not certain yet where Bodie's next steps will be taken - and we covet your prayers during the process of figuring that out.

CHLA has taken such good care of Bodie and we are reluctant to leave. And CHLA does have a great pediatric  heart transplant program. However, there are a few things about Bodie's situation that will make his transplant journey more complicated (namely, his high level of antibodies and his size). Both of those factors will likely translate to a long waiting time for his perfect heart, which means we will need to be at a center that is both 1) good at managing antibodies as well as possible to reduce risk of rejection, and 2) good at bridging single ventricle kids to transplant, something most centers are woefully unprepared to do (not by fault of their own - there simply aren't a lot of good options for kids like Bodie - actually, there aren't any "good" options, only "less bad" options - options which will allow his organs to remain stable while waiting for a heart). In any case, Stanford happens to be at the cutting edge of both of those areas. Which is what led us to LPCH for a second opinion.

This does NOT mean we will necessarily go to LPCH for Bodie's heart transplant. But we might. If we do, we will remain in Los Angeles as long as possible - until Bodie becomes sick enough to go inpatient, which hopefully will not be for quite awhile. At that point, Bodie and I (and Sierra at some point) would go to Palo Alto for this next step in Bodie's journey, while Dusk would remain in LA. But hopefully, these conversations are still a ways off.

Which brings me to Stanford. After reviewing Bodie's records and labs and fully evaluating him, they do NOT recommend listing him at this time! Put simply, he is on a positive trajectory (bloodworkd and symptom wise, he has only gotten better since his heart failure started last year), and they generally do not list kids when they are on a positive trajectory. At this point, the risk of a heart transplant is greater than the risk of remaining with his heart as it is.

This is great news.
It is an absolute answer to prayer.
To be clear, it is the BEST possible news we could have received.

However, it does not take transplant off the table.
Not even remotely.
No one is expecting his heart to get any better. We all expect it to get worse, and at some point, it will weaken to the point where he will need to be listed for a new heart.  That could happen next month, or 6 months from now, or maybe a year or two from now. No one expects it to be much further out from that, but honestly, no one has a crystal ball. Bodie has surprised us all before, and he may very well do so again. A miracle is not outside the realm of possibility, given the sheer number of miracles we have already seen with this sweet kid.

We will continue to see our team here at CHLA every 3 months, and the team at LPCH every 6 months, unless things change.

So where does this leave us?
Living our lives.
Living the crap out of them.
While we can.
Because we have been given this gift of more time.
Time where our family is together. Time where Bodie's symptoms are managed well by meds. Time where can be a regular 7 year old playing soccer and doing his homework and complaining about doing chores.

To that end, we took a trip to Disneyland last week. A good friend generously gifted us tickets and we took the opportunity to use them the day before school started. We had a blast. Made lots of memories. 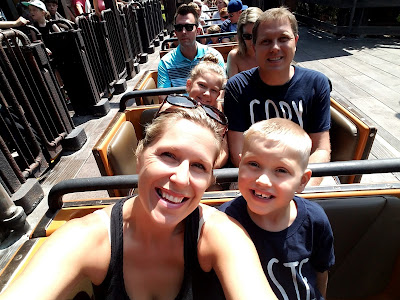 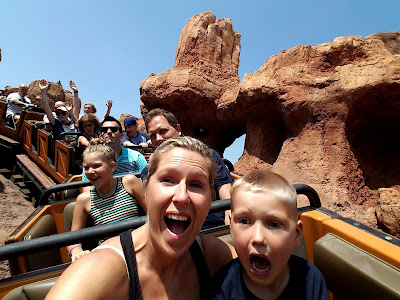 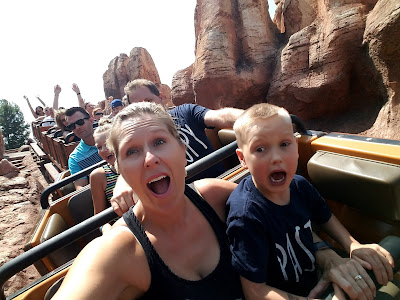 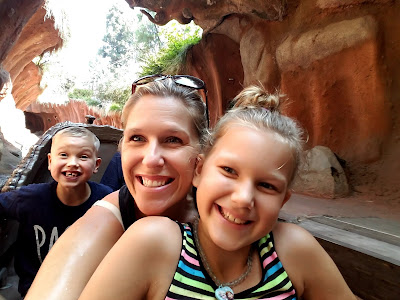 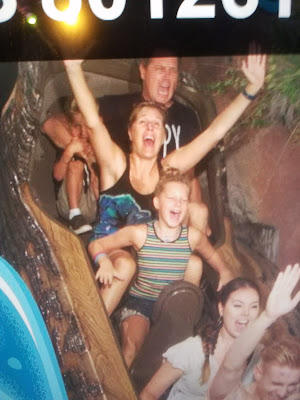 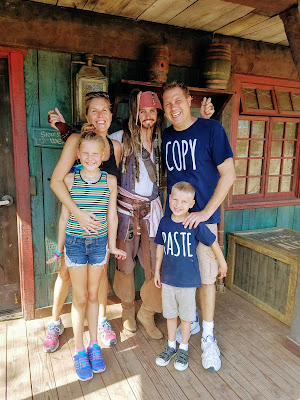 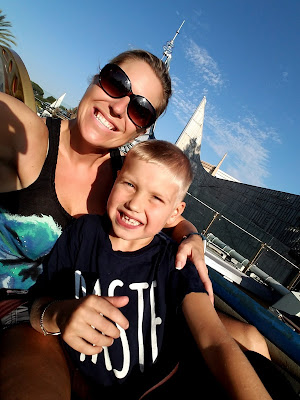 We'll close with this pic.
Because the force is strong with this one. 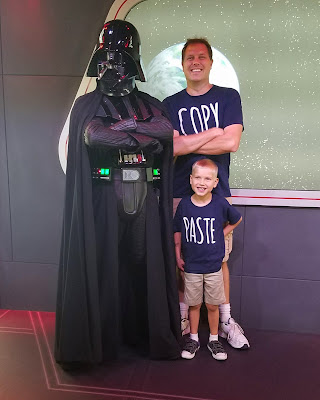