Being so entrenched in the heart community, I have known about Camp del Corazon for years. It's a nonprofit here in Southern California that provides a week long summer camp on Catalina Island for children affected by heart disease. The camp is completely staffed by volunteer cardiologists, nurses and other cardiac practitioners. Kids can attend starting at age 7.

Earlier this year, Bodie mentioned to us that he wanted to go to camp this summer. Honestly, we looked at him like he had 2 heads. I mean, how can a 7-year old (who happens to be really clingy and loves his mama A looooooooooootttttt) really be ready go go away for 5 whole days? Not to mention a kid suddenly in heart failure and nowhere near stable enough for us to consider sending him anywhere away from us for any amount of time?
So yeah, that was a hard NO from mom and dad.

But then, he became more stable.
And he became more insistent that he WAS ready. That he DID understand he'd be away from us for 5 days, and that we couldn't have any contact with him. And that he STILL wanted to go.

So Dusk and I thought about it. And we prayed about it. We were nowhere near ready for him to go. I mean, not at all. But we finally realized that if HE was ready to go, who are WE to stand in his way? So, in June, we applied for him to go to CDC and he was accepted.

And this kid was SO right. 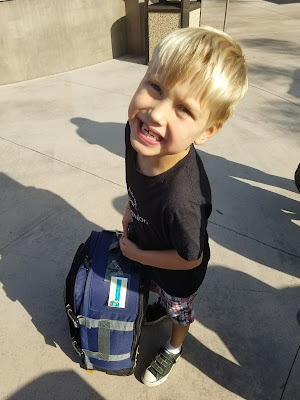 While I was a bundle of nerves the week before, wondering how on earth he <and I!> were going to handle it, he was cool as a cucumber. Packed his bag, hugged us, and took off. The kid barely looked back. 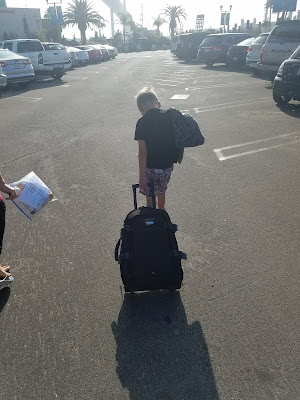 We were on pins and needles all week, wondering how he was doing. My sweet mom came down and we focused on Sierra, doing all sorts of fun things. It made the week fly, but we still missed Bodie like crazy!

When we went to pick him up, he gave me a huge hug and then promptly told me with a big smile "I hated it."

And then, he spent the next 6 hours telling us all the fantastic things he did at camp. And is still telling us stories, a week later! Archery, skits, swimming, kayaking, crafts. So much fun!

As it turns out, he had a great time.
And he made some great friends, all of whom have heart defects - and some of whom are just as complex as Bodie! 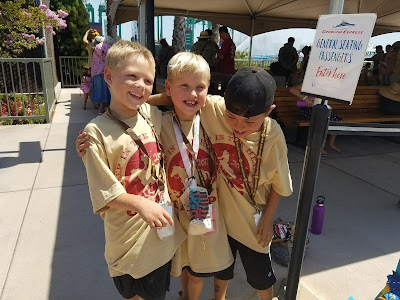 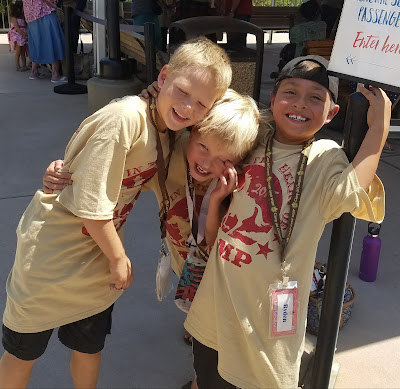 (His entire cabin was 7-year olds also at CDC for the first time - they were the cutest thing ever.)

And some of the most amazing counselors were there, including our beloved Brenda!!! 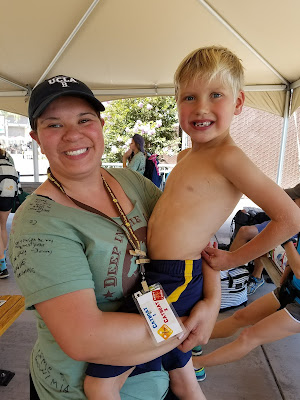 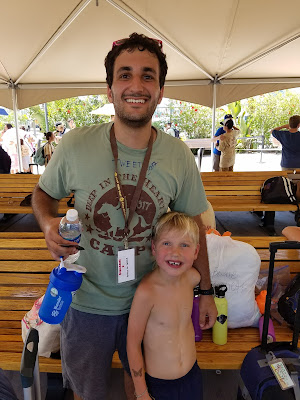 But he missed us. A lot. And wasn't afraid to let everyone know.
This kid, with his big feelings, is still having a hard time working out how you can be homesick and have fun at the same time.

But he says he wants to go back next summer. I'm taking that as a win.

I am so glad we sent him.

It was so good for Dusk and I, to not be the ones solely responsible for meds and watching symptoms all week long.

It was so good for Sierra.
Until the moment she started crying, worrying that "someone will give Bodie the wrong meds and he will die," I honestly did not realize how much she feels responsible for him. She loves him, but worries so much about him. That's such a burden for a 10-year old to carry. 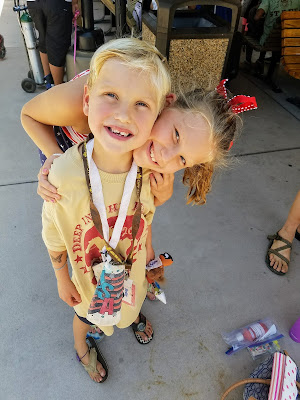 The week gave us a wonderful opportunity to talk through those feelings and just to focus on her.

And it was so good for Bodie, even if he was homesick.
He came back so much more confident.
One of the highlights of the week was climbing a rock wall.
They have a giant rock wall at camp and it's sort of a thing to be able to climb to the top of it.
When Bodie told me it took him 3 attempts but he made it, I was proud. I mean, my kid climbed a rock wall. But I figured he would. I mean, we try not to let him use his heart as an excuse generally, so I figured camp would be no different.

So I asked a counselor about this climbing wall.
And boy did she put it in perspective for me.

"It's a HUGE deal for any of these kids to make it up a rock wall after having their chest cracked open and they essentially have no upper body/core strength. But then you come to Bodie, who's been cracked open in the front 5 times and once on his side/back...so the fact that this kid made it up is mind blowing!!! You have an incredible little boy!"

Yes, yes we do indeed. 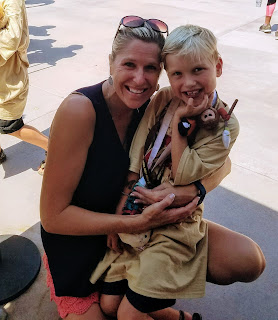 I am so glad we sent our sweet boy to camp this summer.
I lost a piece of my heart for 5 days.
But his sweet, imperfect heart grew exponentially.
Thank you from the bottom of our hearts, Camp del Corazon.