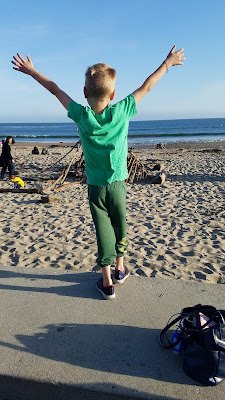 The week after Easter, Bodie had two appointments at Stanford, helpfully scheduled 3 days apart from one another. Since it was Spring Break, we decided to make the most of it and make a fun vacation out of it. And did we ever!

We spent our first night with Gigi and Popo before heading up to Palo Alto. 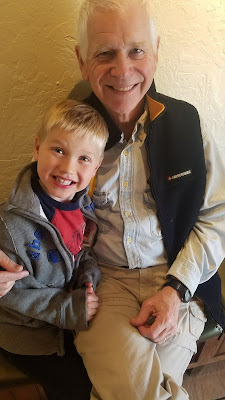 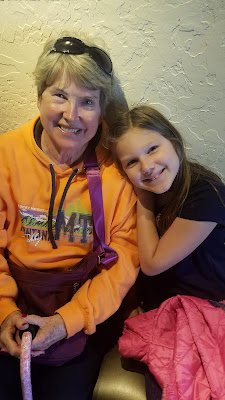 Up at Stanford, Bodie got a fantastic report from the heart failure team. In probably my favorite quote ever from a practitioner, the doctor noticed Bodie's energy level and said

"If we can't catch him, we're not going to list him for transplant."

We will SO take that! 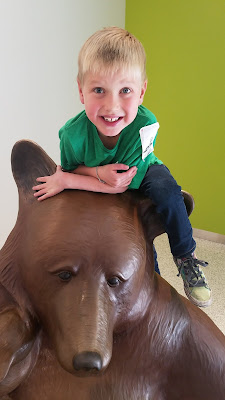 Barring any changes, we don't need to go back to Stanford for a year, which is really exciting. We do know that children Bodie's age and with his anatomy typically have long wait times once they're on the list (3-4 years + is not out of the norm), so if all goes to plan, he will likely still look pretty good when we list him. Our plan is to list him before he actually needs the new heart, so that he'll have time to wait for it. But the time to list isn't yet. So, for now, we enjoy life, and pray for guidance on when that time comes.

We spent the rest of that day exploring the incredible new grounds and children's hospital at Stanford. It's so beautiful! 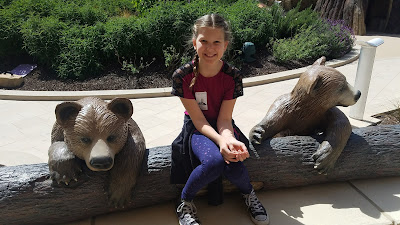 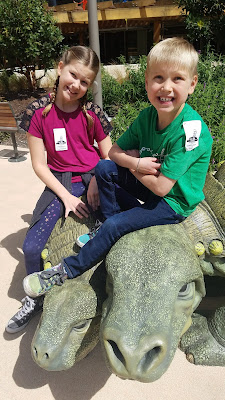 From there, we headed to our hotel in Capitola (just south of Santa Cruz), where we stayed for the next 3 nights. It's so beautiful there! 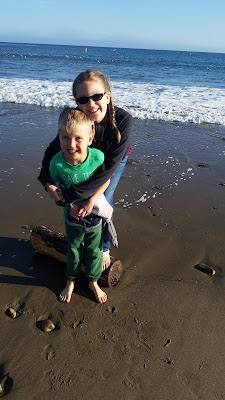 During our time there, we met up with our close friends, the Briends, for some Boardwalk shenanigans. 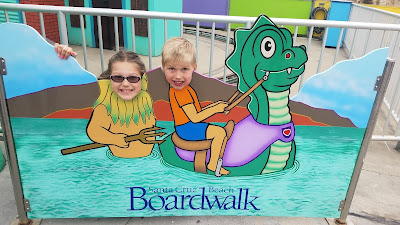 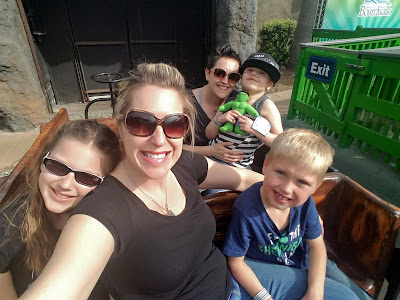 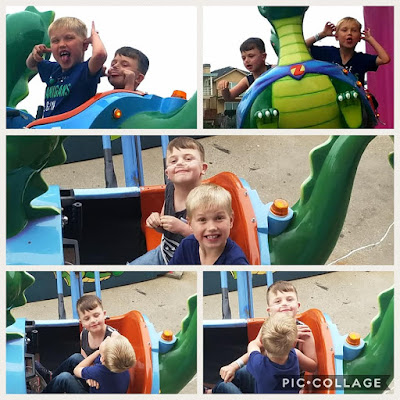 I cannot begin to explain how grateful I am for this family and their sweet little dude, Tyler. He has HLHS like Bodie and they're probably two of the most complicated heart kiddos Stanford has seen lately. They give everyone a run for their money. But the day at the Boardwalk, they were just two little boys, having the time of their lives. 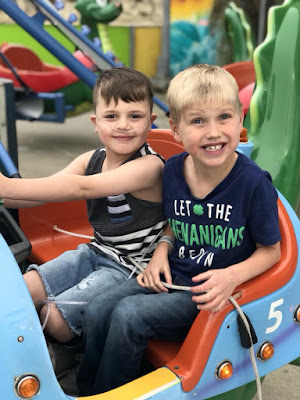 There is so much joy in watching these boys, and Jennie, Tyler's mom, is incredible. She is the funniest, most compassionate wise-cracking mom I know. And she makes me feel less alone in this journey. There is so much power in walking together.

They mastered all the rides they were tall enough for.
And Sierra and I caught a few crazier rides (one of which snapped something in my shoulder that hurt for a week afterwards - riding roller coasters at 41, I'm pretty sure that's that would be "my brain writing checks my body can't cash").

And I have the dubious honor of having lost Tyler's hat on this ride, requiring the sweet maintenance man to climb all the way up there and get it 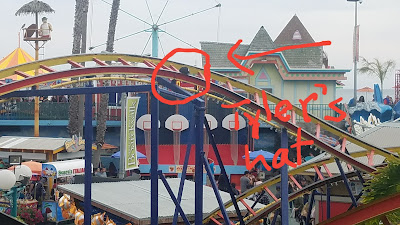 After wearing ourselves out on the Boardwalk, we met up with the Briends the next day to take a train tide up into the Redwoods.

It was absolutely breathtaking! 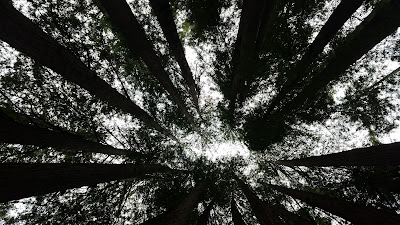 This was HANDS DOWN my favorite part of Spring Break! So so so fun! 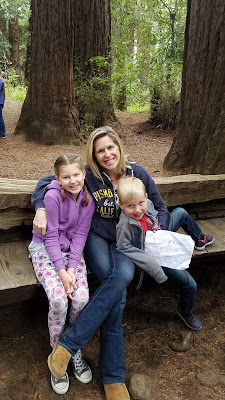 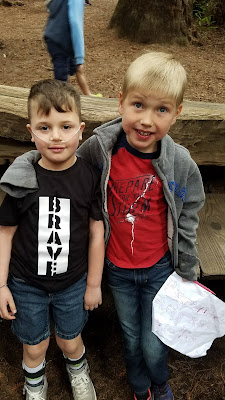 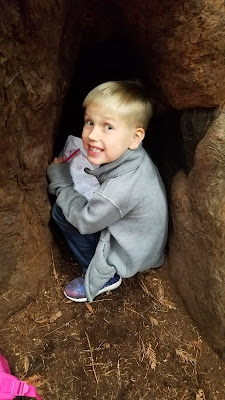 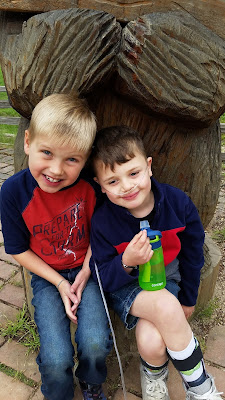 Then the boys played hockey, ran circles around each other until Tyler's oxygen got disconnected, and Tyler got a bloody nose. All in like 2 hours.
It's too bad these kids with HLHS have no energy.

After our Santa Cruz shenanigans, we headed back to Stanford for Day 2 of appointments, this time for several hours of nuerodevelopmental testing. We don't have the official report yet, but lots of interesting information discovered that we're processing. I'm so grateful this type of testing is becoming more common for our CHD kids, as they are at such a high risk of learning disabilities and academic struggles.

We then headed back to Gigi and Popo's for a couple of nights.
We rode golf carts 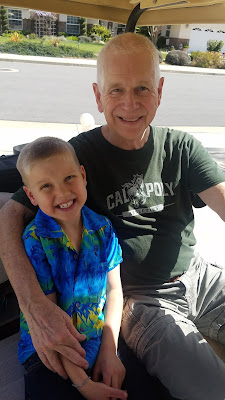 We went out to lunch with Judy, who has always been like a second mom to me. I am so grateful my kids love her as much as I do! 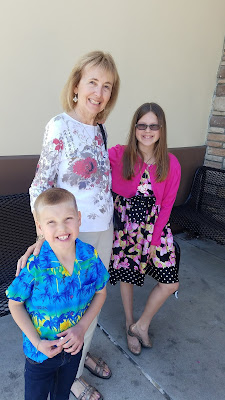 Finally, we caught the cocktail hour at the local dog park and the kids were in Heaven. 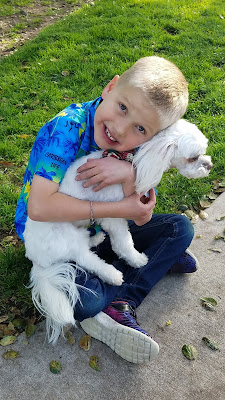 All in all, this Spring Break was a smashing success.
We are so beyond grateful that Bodie is doing so well that doctor's appointments were just a small part of Spring break, not the focus of the entire week! 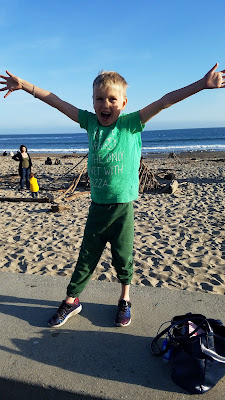