A Day of Hearts

So, in yet another rousing installment of "how much can the Bennett family take?" we learned yesterday that the answer is always "MORE!" 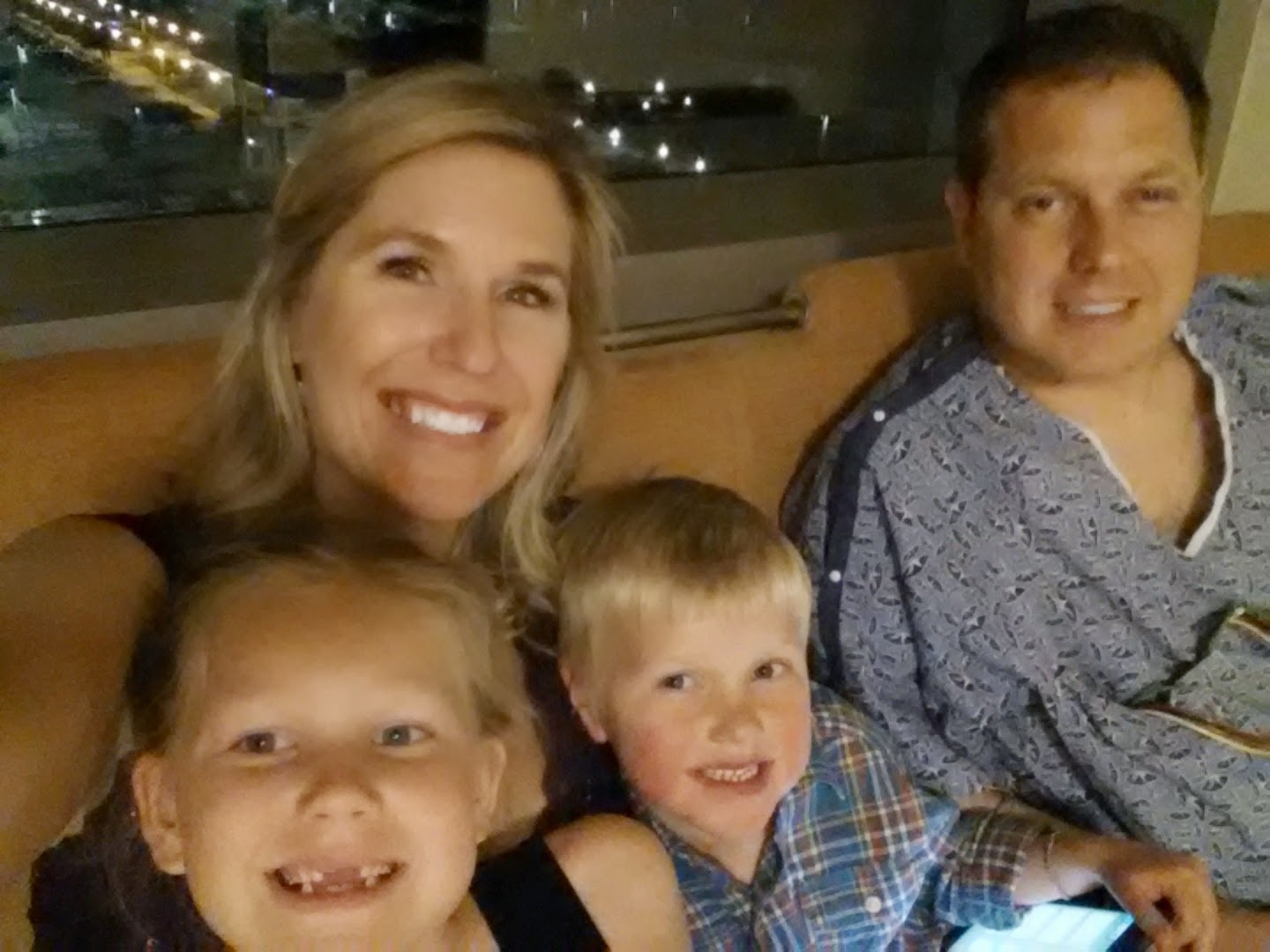 Yesterday, Dusk and I were both getting ready to be in his best friend's wedding (he, as the best man, and I, as a bridesmaid), and the kids were off playing elsewhere at the ceremony site…and then Dusk passed out and had a heart attack.

Yes. A heart attack.
On Valentine's Day.
Oh the irony.

Ok, well, not exactly a heart attack in the traditional sense of the heart failing due to poor function or something of that sort. But more in terms of an electrical malfunction that caused his heart to beat 300 beats per minute and then send him into cardiac arrest. His internal defibrillator kicked in, thank God, and ultimately shocked him twice before his heart settled down and he was able to come to.

It was awful. So, so, so scary. Dusk will tell you it was easily one of the most traumatic experiences of his life. The groomsmen, who witnessed it, will tell you, it was horribly scary. By the time they got me into the room, he was starting to come to, so I didn't see the worst of it. But it was damn scary nonetheless.

Paramedics showed up and took Dusk to a nearby hospital where his ICD was interrogated and, in the words of the ER doc "these are scary, scary strips. Suffice it to say, you're damn lucky you had the ICD. Otherwise, we would't be talking right now. That ICD saved your life today."

Dusk spent last night in the hospital in San Diego, and they discharged him this afternoon so that we could bring him to USC (where his cardiac care is). So, we're here at USC now and awaiting word on what the plan is. What we do know is that his electrolytes are still out of balance (a result of the cardiac event and subsequent shock) and that his heart has been damaged (although we won't know the extent of the damage for some time or whether it's just temporary or permanent, we do know from his cardiac enzyme levels that some damage has occurred). But the bottom line is, they don't know exactly what happened, and they don't know why. So they want to get a really good look at his heart.

The on-call cardiologist has ordered an echo, and is anticipating a cardiac catheterization as soon as they can get Dusk on the schedule. Maybe tomorrow, maybe later this week.

So we could use some prayers. Please pray specifically that
(1) They figure out why this happened;
(2) they can prevent it from happening again; and
(3) Dusk can work through the emotional trauma of the whole experience.

Please also keep the kiddos in your prayers.  They, luckily, did not see it happen, but are affected by it. We literally had to leave them at the wedding with the bridal party when we raced to the hospital.

Bodie keeps asking "Mommy, why did that have to happen to Daddy? I wish it didn't!" And tomorrow is Bodie's birthday, which just adds to the suckiness of the entire situation.

And Sierra is noticeably worried, and is processing it in her own way, trying to find explanations so she can be confident it won't happen to her daddy again.

Precious little souls who need comforting.
And if you see the kids, please be cognizant of the words you're using (i.e. don't ask them "Hey, I heard your dad had a heart attack! Is he ok?"; please remember they're still processing all of this and trying to figure out what this means for them).

We are so grateful for your prayers through this. There is no question that God had his hand on Dusk, and our entire family, yesterday. Praise God for His continuous provision over us: for the fact that Dusk is alive; that it happened among adults who knew how to handle it, and not when he was alone with the kids, or driving. Please pray for His continued presence in this situation.