Dusk is HOME! Hallelujah! We're so grateful to have him back home with us. The first thing we did when we got home was go on a family walk (well, Dusk and Sierra went on a walk 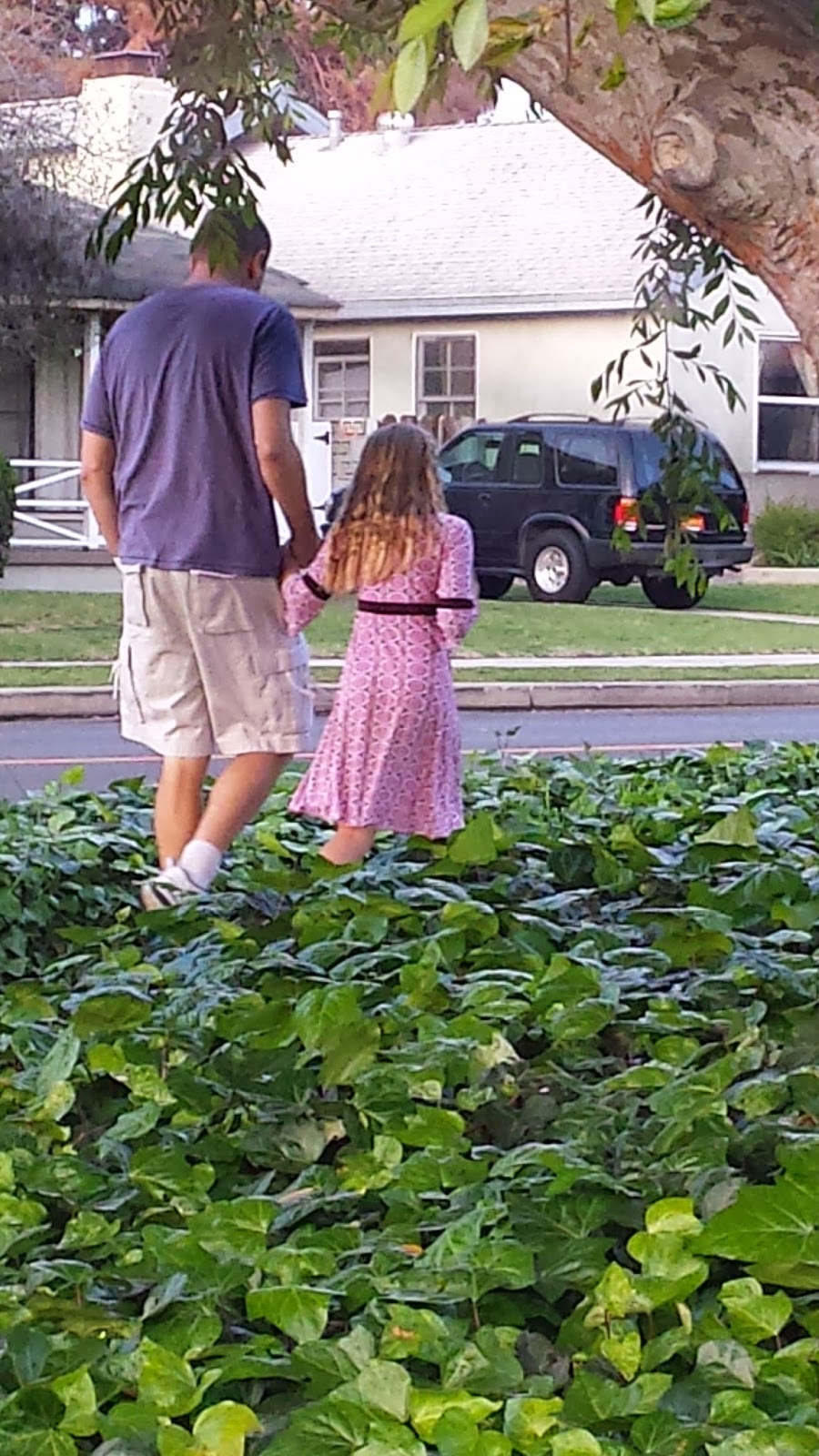 while Bodie and I followed behind walking at a snail's pace while Bodie had to stop and look at every.stinking.thing. I finally gave up and threw him in the Ergo - 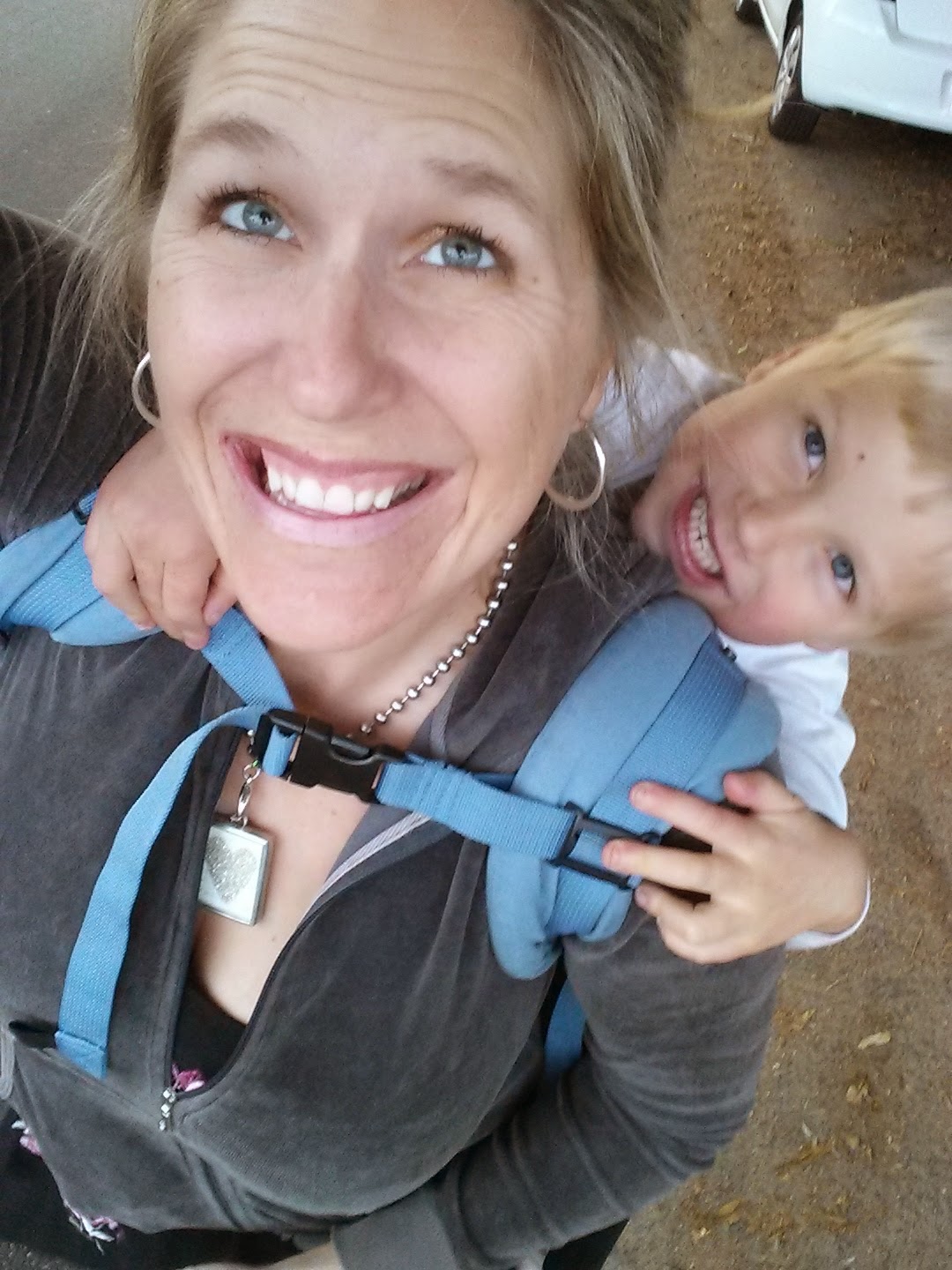 just in time to discover Dusk and Sierra and lapped us and were headed home. Ah well, at least we know for next time.

We survived the hospital stay. Dare I say, we even had fun??? 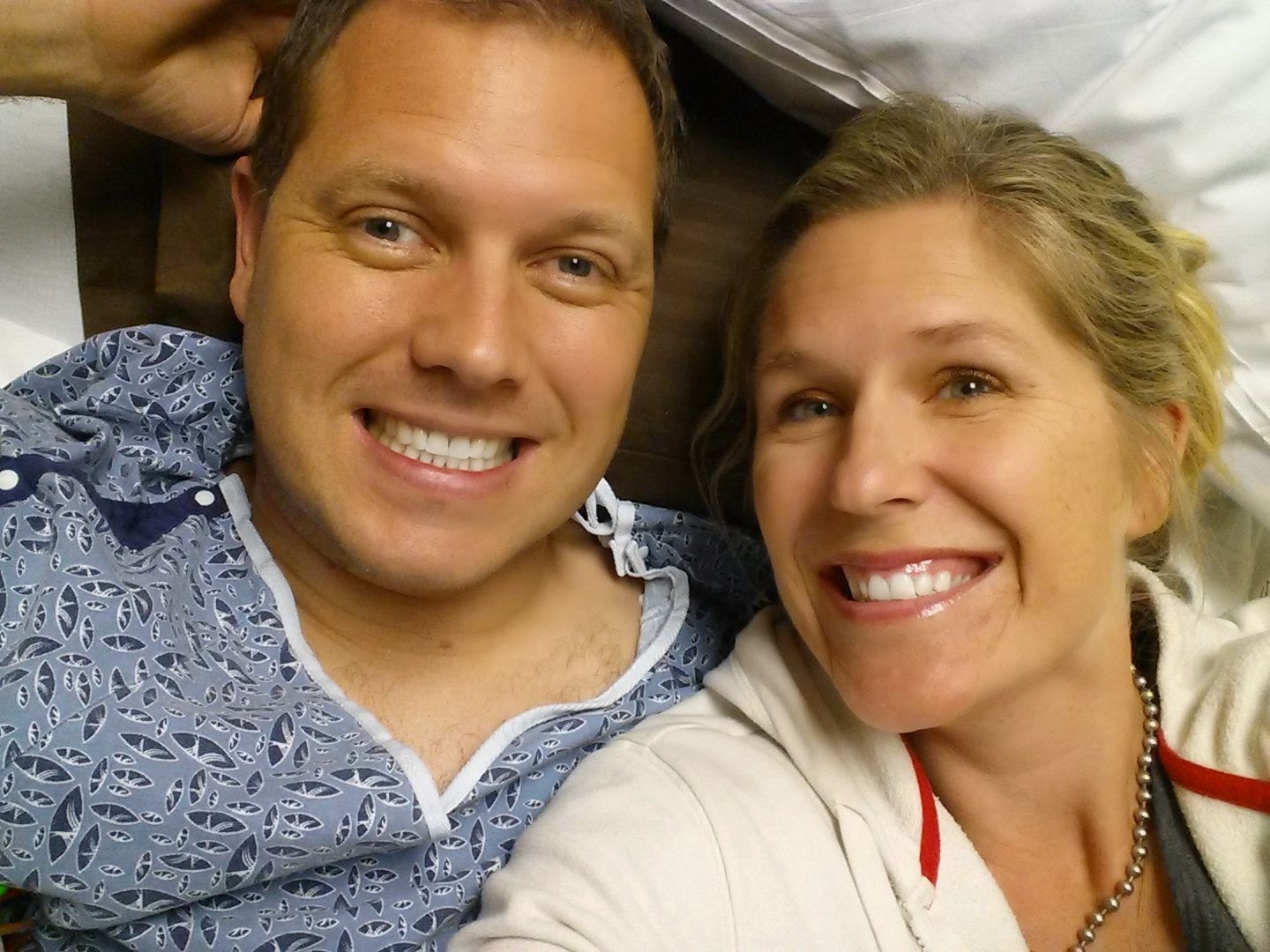 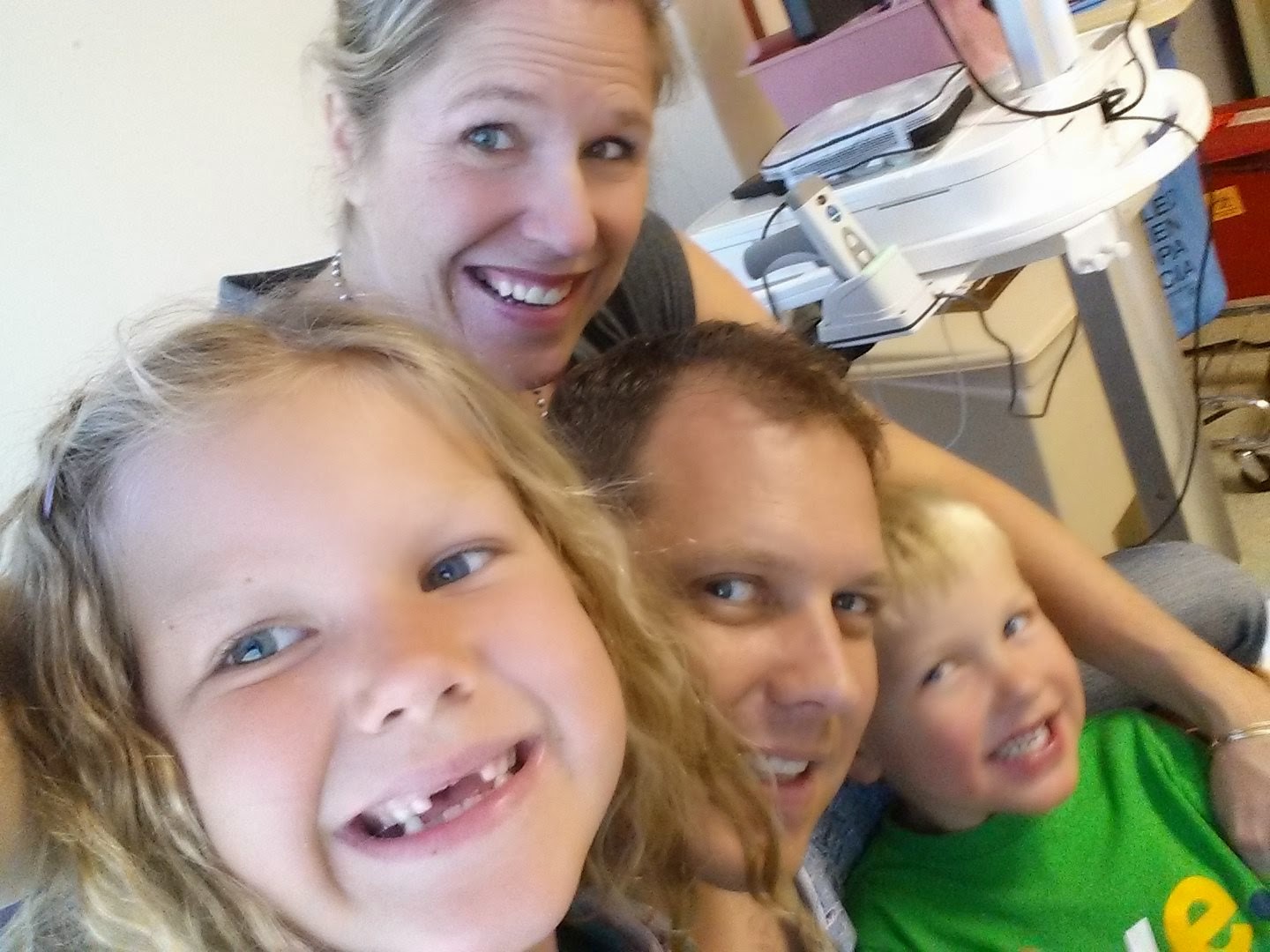 Ok, perhaps "had fun" is too strong a term. Maybe "made the best of a pretty crappy situation" is a more apt description.

We're so grateful Dusk is home, but we're still processing a lot. The long and short of it is, structurally his heart looks fine (other than his questionable non-compaction), and Dusk's arrest is "known to happen" with CPVT, the genetic condition both he and Bodie have that predisposes them to an adrenaline (or exercise) induced tachycardia. It's scary stuff, folks. Bodie's and Dusk's Electrophysiologists already knew that. But I think Dusk and I really realized for the first time last weekend just how scary it is.

We're wanting to scream from the mountaintops "OH MY GOODNESS! Do you realize what just happened?!? How do we prevent it from happening again?" And the EP's are rather nonchalantly saying "Well, duh. This is what happens with CPVT. Why do you think we put the defibrillator in Dusk 2 years ago? And why do you think we have been treating Bodie so aggressively? Dusk is pretty darn lucky to have made it this long without an event." So, this is no surprise to them. But it's putting it mildly to say it was a surprise to us.

They started Dusk on a new med, Flecanide, which is known to very effectively treat CPVT. And, it has been very successful at keeping Bodie's (luckily much less catastrophic) episodes under control. With Bodie, it was clear it worked - he had a lot of tachycardia, we put him on Flecanide and the tachycardia subsided significantly. It not only reduced his risk considerably, but it just gave him a flat out better quality of life. With Dusk, it's a little more grey, since this is the only episode he's had in 30 years. So, if he goes another 30 years without an episode, it's hard to say it's because of the Flecanide - it may have been that his body wasn't going to have another episode anyway. But since it's known to decrease the risk, we have to try.

So far, he seems to be tolerating it well, which is wonderful. In the midst of all of this (or maybe before? We only know it's a new thing), Dusk has also developed heart block.

So we have lots to think about as Dusk recovers, including possibly changing out his ICD for a different one that will pace him more effectively, to hopefully get around the heart block.
For now, Bodie's treatment remains unchanged. As you can imagine, we are concerned as to what this means for him, but since he was already being treated fairly aggressively to prevent an incidence just like this, his EP is comfortable that his risk is being adequately managed.

Please pray for us, as we move into this phase of recovery (Dusk is limited somewhat as to activity and exercise, and may have other limitations as well; we'll see as he recovers). We appreciate the prayers for Dusk, that his body continues to recover and that he has no further episodes. And pray for peace for him - all of this has been very mentally taxing, as you can imagine. And prayers for me - I'm just straight out overwhelmed and exhausted. I don't recall feeling this anxious and overwhelmed since right before Bodie's Fontan surgery. So appreciate prayers for peace for me. And prayers for peace for the kiddos - this has been a lot for them to take in. They seem to have rolled with the punches fairly well, but even so, it's hard to adjust to daddy suddenly being gone and in the hospital. Pray that they are able to trust God that they are protected through all of this.

Thank you to those of you who have reached out, prayed for us, visited Dusk in the hospital, brought us food and taken such good care of the kiddos. Another blogpost coming soon just for you!!!