Life on the normal track 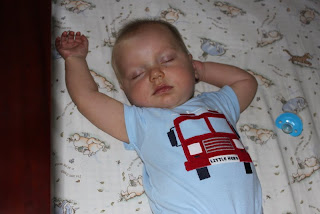 Is everyone else as exhausted as we are in the Bennett household???

What a whirlwind weekend we have had! It's definitely that time of year - and we are so blessed to be healthy and past surgeries for the moment so we can really enjoy it!!! We started off the weekend with a very special mommy/Sierra date - a princess themed birthday party for one of her little friends at school, Riley. (Daddy stayed home with Bodie - no boys allowed!) The party was so fun - the little girls dressed in princess outfits and got manicures and pedicures, and then had crepes next door. Truly, nothing cuter than a gaggle of 3 and 4 year olds running around in princess costumes hopped up on sugar. :-) 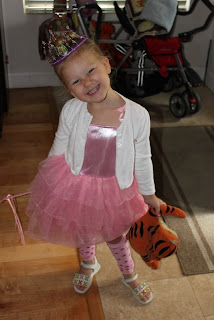 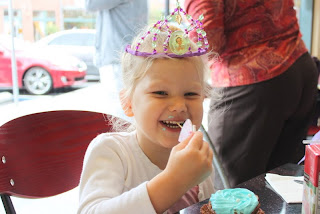 Then, Saturday night, we had our annual Thanksgiving potluck at church - such a fun evening. Sierra had so much fun with all of her little friends and Bodie had a great time as well. We handed him a dinner roll as big as his hand early in the evening and he was content to munch on it most of the night. In fact, he even got into the festivities so much, he thought he'd try Dusk's mashed potatoes, a paper napkin (got really mad when I took that one away!) and my dessert. Oops. Apparently, the kid likes chocolate cake. (I'm guessing this one won't win me the mother of the year award). He stuck his hand right into my chocolate cake, to which I grabbed it out and completely cleaned it off. He looked right at me and shoved his hand right back in. Nice. My response the second time around? "Fine. Have at it." (Come on - like I was going to clean it off again 2 seconds after I had completely cleaned it? Even I have my limits.) He took the chunk in his little fist and chowed down on it. Not a gag in sight. It was actually a huge relief to me since, back when he was throwing up pretty much all finger foods, I was seriously worried that he might not get to have cake on his 1st birthday. Yes, nice to know that the completely-ridiculous-clearly-I-was-looking-for-something-new-to-worry-about fear can safely be laid to rest. :-)

Then, Sunday, I had the opportunity to go to a baby sprinkle for Townes's mom, Sara. 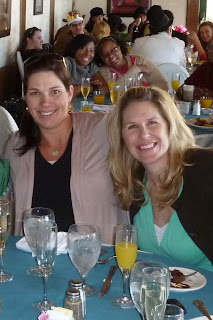 Did I mention this is Baby #5? (And yes, she makes it look so easy - she is amazing.) Baby is coming this Wednesday - so exciting! (If you could say a few extra prayers this week for a safe delivery, I'd really appreciate it!) And while I was at the sprinkle, Dusk got to be on Daddy duty with both Sierra and Bodie for the very first time. He did great - everyone survived, much to my relief! The only little hiccup? Eating, of course. Bodie is SO finicky that he's decided he only wants to eat for me...and apparently, he'll starve if he has to while he's waiting. ;-) Turkey. During the 3 hours that I was gone (over lunchtime), Bodie would typically have eaten at least one 4oz jar of baby food and a 5oz bottle of milk. What did he eat? In Daddy's words, "um...a couple mouthfuls of yogurt, some puffs and a little bit of milk. The kid didn't want to eat!" Within 30 minutes of me being home (during a time of day that he ordinarily doesn't eat much), he ate an entire jar of baby food and a full bottle of milk. Have I mentioned that he's a turkey??? The kid definitely knows what he wants and will stop at nothing to get it! (But we're ok with it, because we know his tenacity and stubbornness is what's gotten him this far!)
In Bodie news, he is doing fantastic with eating! He's now able to eat most crackers and breads (and apparently, chocolate cake) without gagging at all! PRAISE GOD! As far as his bottles, he didn't respond super favorably to weaning the thickener down. When we cut it in half, he really did a lot of gagging and coughing and refusing the bottle. So, we went back up a bit and he was much happier. We started at 1 packet of thickener to 4oz of milk (that's considered "full strength") and when we initially started weaning, we cut it in half, so 1 packet to 8oz of milk. I think it was just too big a jump for him at once. So, we split the difference and went to 1 packet to 6oz and he did great. I just changed it Friday to 1 packet to 7oz and so far he's tolerating it well. I think tomorrow or Tuesday, I'll probably switch to 1 packet to 8oz and try that again. I think he'll probably do a lot better this time around, just because it's been more gradual.
Breastfeeding? Um...let's just say that's probably not in the cards. I haven't been able to aggressively try yet since he's not down to thin liquids yet. But let me tell you, the few times I have tried have not given me much optimism. I was prepared for him not to know what to do. I was prepared for him to not be super excited. What I was not at all prepared for was his, well, visceral reaction! I had to double check to make sure I wasn't shooting razor blades out of my breasts. He literally screamed and kicked and clawed like I was poisoning him! Only one time did I have a nicer reaction, where he laughed at me, tried to latch on, made a face of complete disgust and then started blowing raspberries at me. Ah well, at least I tried!
In other Bodie news, please keep him in your prayers tomorrow. He seems pretty well past whatever was ailing him earlier this week, but he has his routine cardiology visit with an echo and ekg tomorrow. Although he has always had good appointments (other than his sats being low - but it's never been a surprise, since we have a home pulse ox), I have met other parents along this journey who do get surprise bad news at these appointments post-Glenn, where they suddenly find out their child is in extreme heart failure and transplant discussions are not far behind. So, I always go into these appointments with trepidation. Please pray that the appointment goes well (that they can get a good echo - although he's always been cooperative with echos, I have heard a number of stories lately of formerly cooperative kids being terrible about their echos post-Glenn) and that his heart function looks good enough that we can start talking about weaning him off the Digoxin!
Thanks as always for your prayers for our little hero!!!
Posted by Amy Bennett at 8:47 PM