Getting our groove back 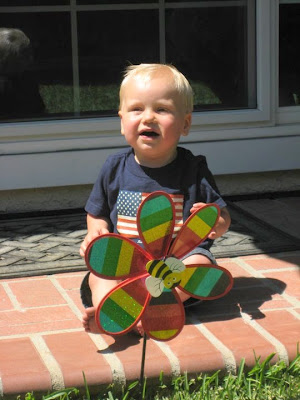 Today has been a GREAT day. No wait, make that FANTASTIC. My birthday last year was a rough day. Actually, it was just one of many dark days last spring and early summer. Bodie had been in the hospital for almost 4 months straight at that point in time, was still dependent on Milrinone, had a remaining hospital stay of at least another 3 weeks ahead of him, had his next open-heart surgery just around the corner (but no one knew how far around the corner or even which corner we were talking about for that matter) and was just really fragile. Sierra had just been suspended from her preschool under threat of explusion for biting her best friend multiple times. I had just been let go from my job because I had exhausted my maternity leave and simply could not return with Bodie still in the hospital. I was taking Sierra with me to the hospital every day, trying to juggle taking care of a fragile newborn and a confused toddler who really just needed to be near mommy. On top of all of that, I was pumping all the time. Yep, it sucked. I don't remember much from my birthday, but I do remember a few key points - (1) crying as soon as I got to the hospital because the gravity of how sucky my situation was really set in. Bodie's amazing nutritionist, Emily (oh my, how we LOVE Emily!) walked in right at that moment. She just gave me a big hug. It was so needed. (2) my mom took me out to Acapulco's for lunch - it was super crowded (something about the Friday lunch buffet) and Sierra misbehaved the entire time. I remember thinking "geez, why can't she just cut me some slack on my birthday??" (3) when we got back from lunch, Emily had called dietary and had them deliver a birthday cake for me and a little cookie for Sierra (like I said, we LOVE Emily). and (4) Dusk and I had take-out Thai for dinner, but we didn't get around to eating until really late after Sierra was in bed, so we just ordered wontons. Then, I had to pump and call the hospital to check on Bodie. Yep, like I said, it sucked. 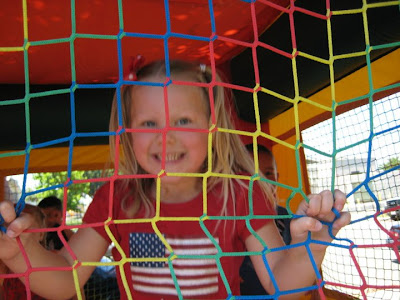 Can you see how red her little cheeks were? It was so hot out and she was running around like a crazy woman. 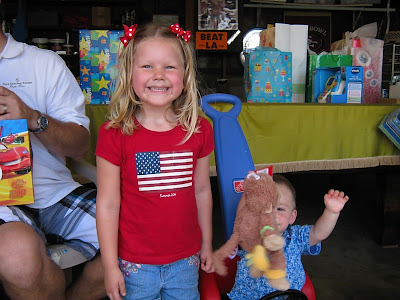 Bodie and Michael having a stand-off. Bodie kept opening up the hood of the car and then Michael would slam it shut. Then they'd stare at each other and start the process all over again. It was SO funny. 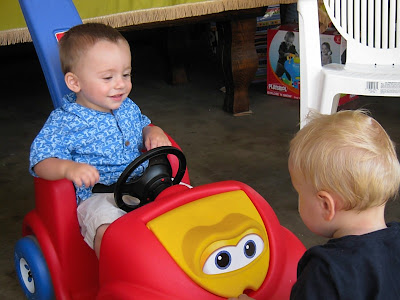 The whole family at Michael's party - Dusk and I with the kids, my brother Matt, his wife Val and Michael, and then my parents, Bill and Nancy. 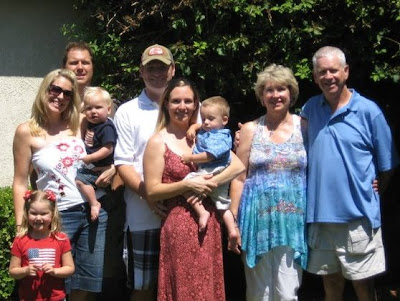 Our little girl is growing up. :-( Her first day as a Froggie...and her last day as a Froggie. (And yes, she wore that crown to school today (along with black shoes and red and black tights to accompany her pink skirt). That's just how we roll around here.) 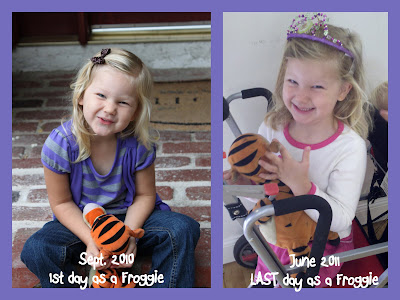 Dusk is going to kill me for including this pic, but thought I'd include it just as proof of how very much we have found our groove. Our life is so together these days that I have time to do things like, I don't know, break out Sierra's hair supplies just to see if we could do piggies in Bodie's hair. Turns out we can. Turns out, he is not a fan. Could be because he kinda looks like a teletubbie. Rest assured, we will not be trying it again. But we had to do it once, right? Right? 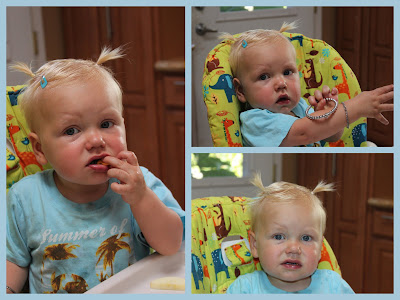