Last year, on October 1, I sent our perinatalogist this letter, just wanting to show him that kids with HLHS can do well and thrive. This year, on the 2-year anniversary, I am once again taking the opportunity to reflect and share Bodie's story with him. Here is my letter...

Two years ago, my life, the lives of everyone in my family, and the lives of the 90,000+ people who have viewed our son’s blog over the last 2 years, were forever changed. In a dark exam room, after an excruciatingly long ultrasound, you softly told me “your baby has a severe heart defect.” The landscape of my life was forever altered. A year ago, I wrote you a letter showing you how our son had defied the odds, was living and thriving despite the prenatal prognosis you gave us on October 1, 2009.

As we approach October 1, 2011, the 2 year anniversary of my son’s diagnosis, my mind is swirling with emotion. If I was full of hope when I wrote you last year’s letter, Dr. Rotmensch, that hope is overflowing this year. One year later, my son is stronger, happier and healthier than I could have imagined even a year ago. And one year later, I am wiser, more determined and more proud of my son than I can even put into words. So, once again, I write to you on the anniversary of his diagnosis. To raise awareness. To give hope. Will I do this every year on his anniversary? I don’t know. If I’ve learned nothing else the past 2 years, I’ve learned to stop making concrete plans. ;-) His diagnosis gave us the freedom to just live in the present. The present is that my son is doing incredibly well.

In my letter last year, I described my son as a typical 7 month old boy – “he smiles all the time, blows raspberries, laughs at his big sister, rolls over, chews his toes, puts anything and everything in his mouth, and pretty much does everything else a heart healthy 7 month old baby does.” Today, at 19 months old, we describe him simply as “a tornado with legs.” He moves at lightning speed and is fearless. He climbs (and climbs and climbs and climbs), he jumps off things and tears things apart. He is ALL boy. His energy level is unreal. He never stops. I can hardly keep up with him. He is talking a mile a minute (and most of it we can actually understand). He is such a funny little guy. People who don’t know about his heart defect will often tell me what a cute busy guy he is. Sometimes I tell them about his heart defect, just to see the look of shock and amazement in their eyes – and to feel that familiar sense of pride that swells within me. And sometimes I don’t. It will be his story to share someday. HIS story, that, by the grace of God, we gave him the chance to tell.

I don’t think I need to say it, but he is THRIVING. Make no mistake about that. During my prenatal appointments with me, you often talked about his quality of life, that it might likely be diminished. Let me tell you, that is the running joke around our house these days – this kid, who is smarter than a whip and running around laughing hysterically and loving life has no quality of life? Fat chance. 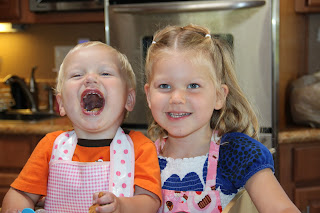 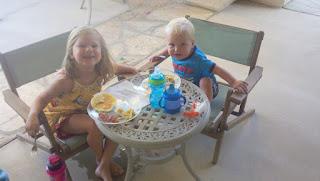 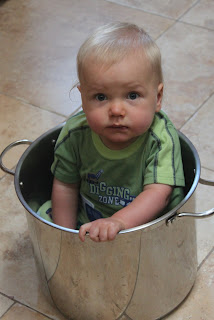 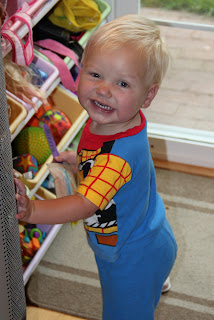 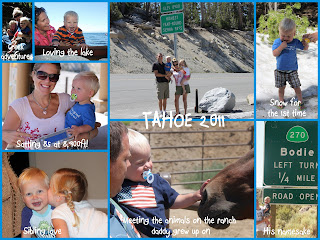 These pictures were taken at Lake Tahoe, where we took a 10 day vacation this past summer. Yes, Tahoe. As in 7,000ft+ Lake Tahoe. He did amazingly well.

I also wanted to update you on the other special kids I included in last year’s letter. One, sweet Travis, has passed on after complications from surgery – but not before making his mark as an exuberant, sweet 16 month old. We will forever remember him and our lives are the better for having known him. The others? They’re all still here – every single one of them thriving… 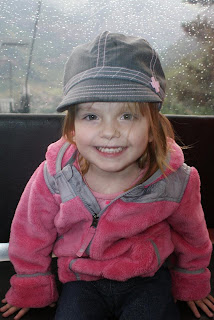 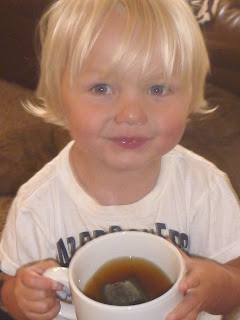 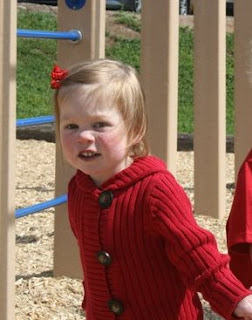 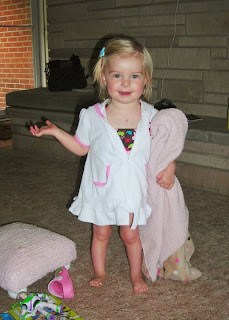 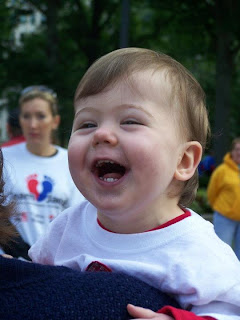 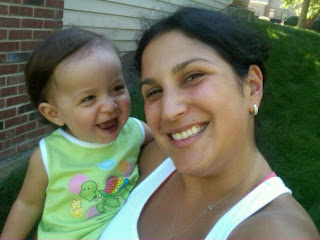 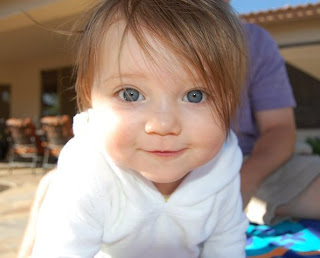 You know, the further I get into this journey with my son, the more moments I have with him, moments I’d have missed if I’d chosen to terminate, and it makes me more and more sad that so little hope was given to me at the time of diagnosis. I was so I incredibly lucky that Nancy Kim happened to be in the office the day of my diagnosis, because she was the ONLY one who gave me any hope. It makes me so sad to think of parents walking out of your office without that same opportunity. It’s not that I blame you for discussing termination right off the bat – based on your knowledge of HLHS, I can certainly understand why you assumed I would choose that option. But it wouldn’t have been fair, because my decision would have been made based on only half the story. You personally know about the complications these kids can face and the tough outcome that many do face, but what you don’t know about is the extraordinary number of these kids who fight past the complications to live happy, normal lives. Yes, it’s scary (believe me, the fact that my son still has at least one more open-heart surgery looming on the horizon has kept me up many a night), but on the other side are kids who play sports, and go to college and get married – and have normal lives. That side of HLHS is kind of a big part too, don’t you think? A part newly diagnosed parents also have the right to know about before making any decisions. Knowledge is power, right?

In the past year, along with 8 other heart moms, I started a nonprofit, Sisters by Heart, to reach out to newly diagnosed HLHS families, to combat some of this one-sided advice new parents were getting. Many, many newly diagnosed families had similar experiences with their perinatalogists, where termination was discussed and all of the attendant complications of an HLHS diagnosis, without any real discussion of the very real chance that their child could make it through all of the complications and lead a VERY normal life. We don’t downplay the complications (it is a very serious diagnosis and does take the lives of way too many sweet children), but we do try to provide hope as well as the reality that a lot of kids are thriving despite the diagnosis. We reach out to these families, and provide care packages with hospital necessities, as well as bios and pictures of our kids, most of whom are doing quite well. Just to give the parents another point of view. We have already given out care packages to over 100 families all across the United States. You’ll be interested to know that, since we track on the families we send packages to, we know that the vast majority of these 100 children are thriving despite this diagnosis.

Word is getting out about what we do. Our brochures are now in major cardiothorasic centers across the country. We’re starting, one family at a time, to change the landscape of how HLHS is perceived. Our hope is that, someday, every single family given a diagnosis of HLHS will be told not just about the gravity of the situation, but will also be given one of our brochures (of which I am enclosing a few), and told that there IS hope. My son, and so many others, are living proof of that. So Dr. Rotmensch, please, when you have another new family facing this diagnosis, yes, tell them how serious it is. Tell them how risky it is. Tell them that the first year will be beyond horrific. But then, hand them our brochure, and tell them there is HOPE. There is another side. These parents need to know that, for their sakes and for their unborn HLHS warrior’s sakes. Please help us to spread that hope.

Thank you and until next year (maybe!),

Amy (and Dusk, Sierra and (most of all) Bodie) Bennett