There's an old parable about the power of gratitude, where two poor farmers were walking together and met their Rabbi. Upon being asked "How is it for you?" the first farmer responded "Lousy. Terrible, hard, awful. Not worth getting out of bed for." God was eavesdropping on the conversation and upon hearing this thought "Lousy??? You think your life is lousy now, you ungrateful lout? I'll show you what lousy means." Upon being asked the same question, the second farmer responded "Ah, Rabbi, life is good. God is so gracious, so generous. Each morning when I awaken, I'm so grateful for the gift of another day, for I know, rain or shine, it will unfold in wonder and blessings too bountiful to count. Life is so good." God roared with mighty laughter upon hearing this saying "Good??? You think your life is good now? I'll show you what good is!"

I try very hard to live like the second farmer, focused on the beauty that life brings, and being grateful every day. But I'm only human and I slip - I think my last blog entry was a great example of that. And I'm pretty sure God was thinking "Tough??? You think your life is so tough right now, that you have the luxury of worrying about a surgery a year or two away? Let me give you something else a little more timely to worry about!"

Literally, within hours of hitting "Publish" on my blogpost, Sierra woke up with a 102.5 fever. Completely out of the blue. And here's the thing about Sierra. She's a great kid, but, well, taking medicine is not her thing. She used to be great at taking medicine - until she spent 9 days in the hospital with bacterial pneumonia at 8 months old, and since then, hasn't met a medication she trusts. Anytime I have to give her medication, I am pretty much guaranteed the first (and sometimes second or third) dose will get thrown up on me within seconds of administration. From about the age of 8 months to 3 years, Tylenol suppositories were our fever reducer of choice, for this very reason. But I don't know, it just doesn't seem right to do that to a 4 1/2 year old. So there we sat, on our kitchen floor, hours after posting that blog entry, begging and pleading with a 4 1/2 year old to take 1 1/2 teaspoons of Tylenol. Took her 15 minutes to get 1/2 of it down, before throwing it all up and starting all over again. Fun times.  The next 24 hours were spent checking her temperature, stressing about administrating Tylenol and Motrin, administering said meds (through a lot of tears, pleading, threats and throwing up - from just about everyone involved) and trying to keep the poor thing happy...all the while praying Bodie wouldn't catch it.

Her fever broke about 24 hours after it started...just in time for Bodie to get all snotty and start coughing his little lungs out. First real cold of the season. Awesome. And then...yesterday afternoon, his fever started. So we were up all night with him last night, checking his temp, checking his sats, watching his breathing, listening to him whine. He seems to be handling it ok, other than being fairly miserable. Leave it to Bodie to get his sissie's virus on top of the cold he was already brewing. He actually had a well-check scheduled for today anyway, which was ironic since he was anything but well. But we went anyway and his pediatrician said she thought he looked great other than the sad eyes and snotty nose. (As an aside, it was kinda fun to see her jaw hit the floor when she asked how many words he has and I told her about 80! I tell people this kid talks all the time, but no one seems to believe it until I tell them how many words he has!)

And, since God is apparently trying to teach me a lesson about focusing on today's problems instead of worrying about tomorrow, we got some unexpected news at today's appointment. While the tube in his right ear looks fine, the pediatrician couldn't find the left one. Looks like, less than a month of getting it in, it's already fallen out. Boo. (There's always a chance it was just "hiding" but that's pretty unlikely - they're bright blue and there's only so many places they can be, so if she didn't readily see it, it's probably not there.) We kind of had an idea we might be up against this, since it's looking like he inherited my ears, and all 4 sets of temporary tubes I had put in as a kid fell out within a month each, so I ended up with "permanent tubes." We were hoping to avoid that route with Bodie, but we'll see what the ENT says when we see him next week.

So my lesson of the day? Focus on the joys (and troubles) of today - tomorrow will bring enough of its own. And, on that note, here are a few recent pics of the kiddos...
Bodie, upon discovering a squirrel in our front yard... 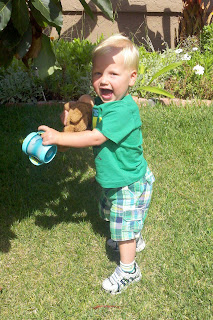 All proud of himself, after having climbed up on the barstool at the kitchen counter all by himself 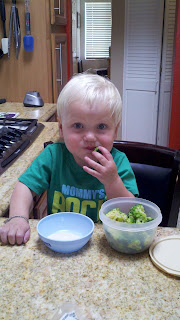 Me with the kiddos at the park last week 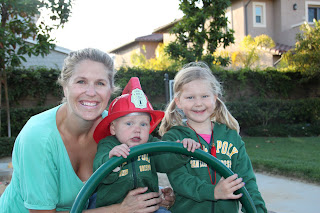 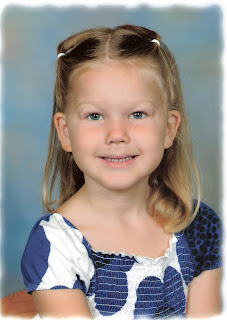 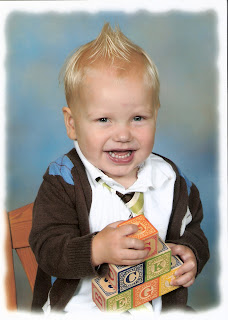 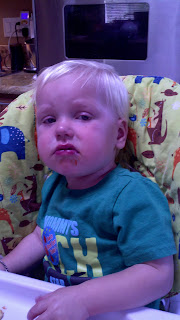