Pre Op: the Good, the Bad, and the "are you friggin kidding me?"

We were up at CHLA this morning for Bodie's pre-op stuff. It was a long, emotionally draining morning. But at least it's behind us!

The Good
Bodie was such a champ - he handled everything pretty well (except for the blood draw, but even that wasn't too bad by kid standards). He was SO excited to be there and our favorite front desk guy (who still remembers us from Bodie's ridiculously long Norwood stay) even gave Sparky a visitor pass! 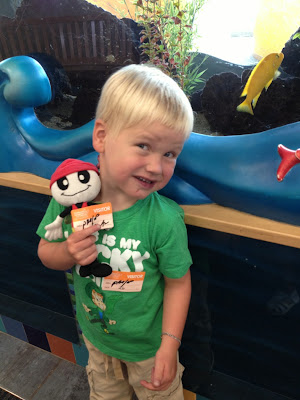 We had a thorough nurse exam with the CT nurse where she took vitals (sats of 74 - can you say "time to get this Fontan on the road, peeps"?) and a thorough medical history. We also talked about what to expect, most of which I already knew - but the fact that they expect surgery to take longer was a surprise to me. I mean, I expected it to take longer because of the scar tissue he had accumulated during his previous 3 OHS's, but for some reason it didn't click until today just how much longer it will make surgery. She told me to expect at least 5-6 hours. 5-6 hours?!? Geez - his Norwood didn't even take that long (of course, the actual surgery and bypass part should be pretty short, but it may take hours to cut through the scar tissue)! And he likely won't be first on the schedule, which means they might not even start until 10 or 11. Talk about a long day! Let's all pray things move faster!!!

He also had a chest x-ray, which he did awesome for and met with Child Life for a bit. The kids had a great time playing with the dollies. Bodie went straight for the pulxe ox probe - pretty cute to see him checking the doll's sats. 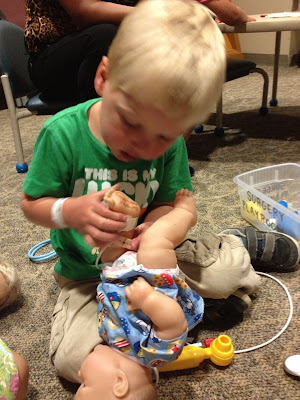 We brought Sierra along and I'm so glad. I think it was good for her to be a part of the process. Bodie sure loved having his best friend there! 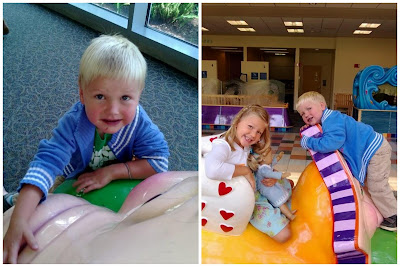 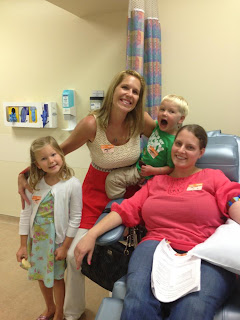 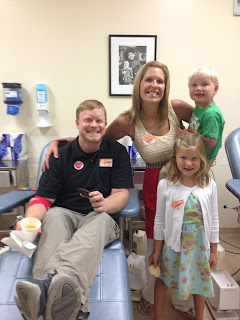 And fellow heart mama Christie came down from Simi Valley! 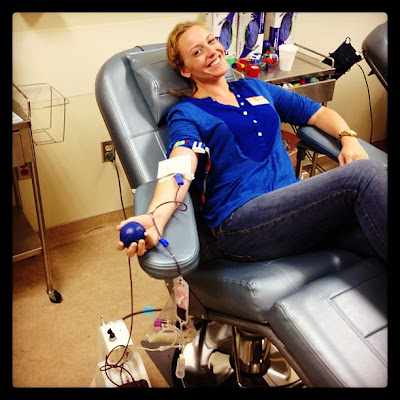 2 of my coworkers came to donate as well! Thank you Linda, Kathy and Lauren for taking time out of your schedule for our Bodie! And finally, Elizabeth snuck in for a 6am appointment to give blood and platelets! THANK YOU ALL SO MUCH!

And I just have to give the hugest shout out EVER to Valerie, my best friend who came with us this morning. She helped real the kids in, made sure everyone was doing ok and made everything so much smoother than it would have been otherwise. Thank you Val!

The Bad
It took 3 tries to get all the blood Bodie needed. The first attempt in his hand went south when he reached over and pulled it out mid blood draw. Yikes. The guy left and got someone else. Guess he realized what a stinker he was dealing with! They finally got a second spot in his left arm, but only got a couple of vials out before it stopped. So then they finished off with his right arm. Poor kid has gauze on both arms now! But sure glad it's over!

The "Are you Friggin Kidding me"
Yeah. The part I didn't want to have to get to. As we're about to leave after an emotional morning, I get a call from the surgeon's office. Bodie's surgeon has a family emergency and won't be in on Monday. Seriously. They are attempting to bump us to Thursday. BUT Bodie's surgeon wants his electrophsyiologist (EP) in the OR for the ablation. And the EP is out of the country until Sunday night. Which means we won't even know if Thursday works for his schedule until Monday morning. Sigh. Our surgeon only operates at CHLA on Mondays and Thursdays. Which means, if we don't get Thursday, we're looking at at least another week. Ugh.

The good news is that blood and platelet donations given this week will still be good for surgery next Thursday and we will NOT have to the pre-op workup again.

We know this is all in God's hands. We know He has a perfect surgery date for Bodie. We know He is watching out for Bodie and this is ALL a part of His plan. And maybe if I keep repeating this, I'll actually believe it. Ok, I do believe it - but it's taking some time to process this change in plans. And we all know how great I am with change (again, why has no one invented a sarcasm font yet???)