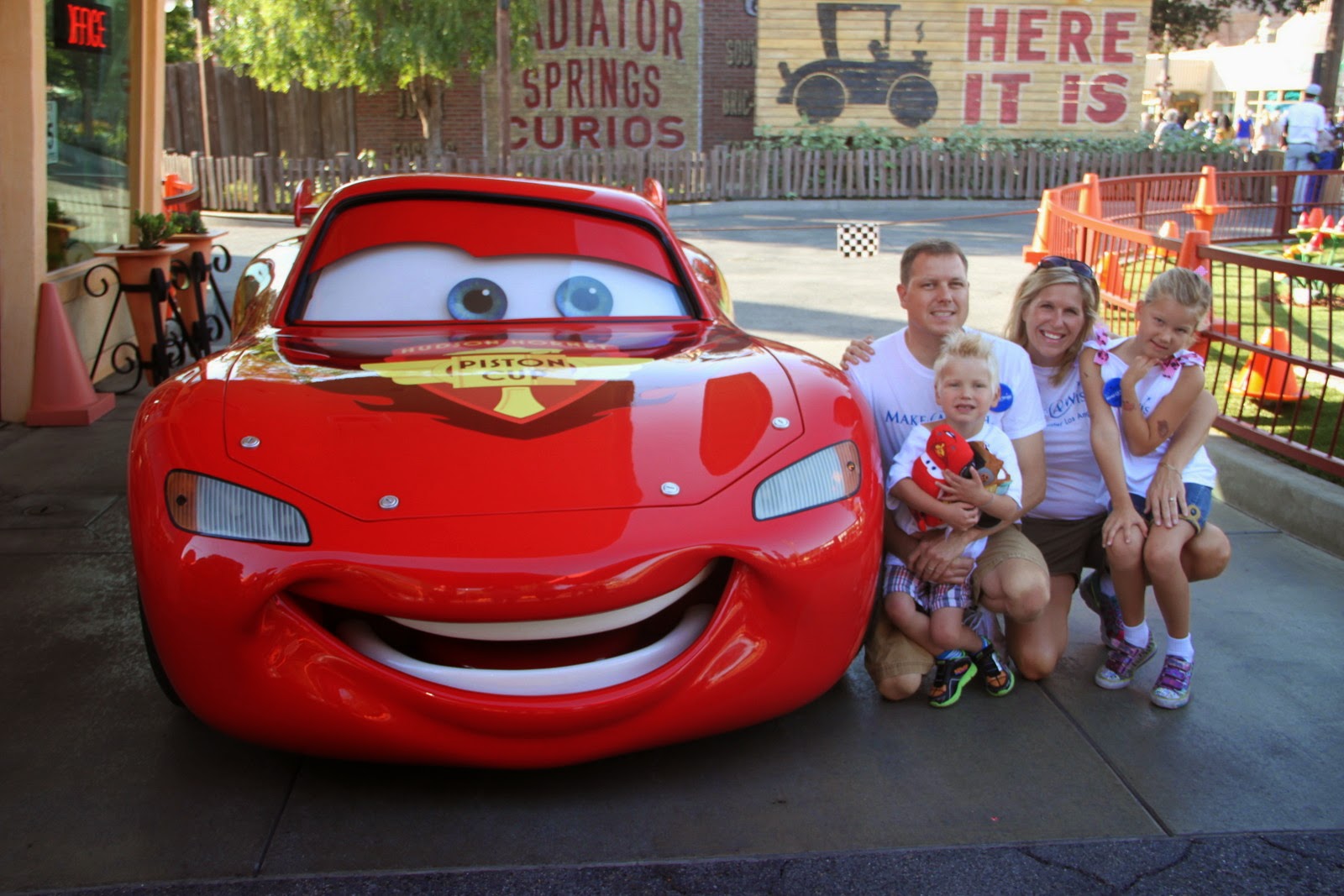 Bodie had his wish trip last week! It was AMAZING. I mean, seriously, completely and totally amazeballs.

To be honest, his Meet and Greet with Lightning McQueen and Mater ended up not even being the highlight of the trip, because the rest of it was just so dang amazing, but I have to start somewhere in blogging about it, so I figured his actual wish was as good a place as any to start!

Bodie's wish was "To Meet Lightning McQueen and Mater." And meet them, he did.

We got to Anaheim on Monday afternoon (so time to play at Downtown Disney!) and Bodie's meet and greet was Tuesday morning. There was a little miscommunication at California Adventure, and they weren't expecting us at the front gate when we got there at our call time of 7:30am. But after a few conversations and phone calls, we were let in and away from the crowds over to Cars Land. If you haven't been there, Cars Land is INCREDIBLE. As in, you feel like you're stepping onto the movie set itself!!! Bodie was sorta beside himself, and the rest of us were pretty psyched as well. 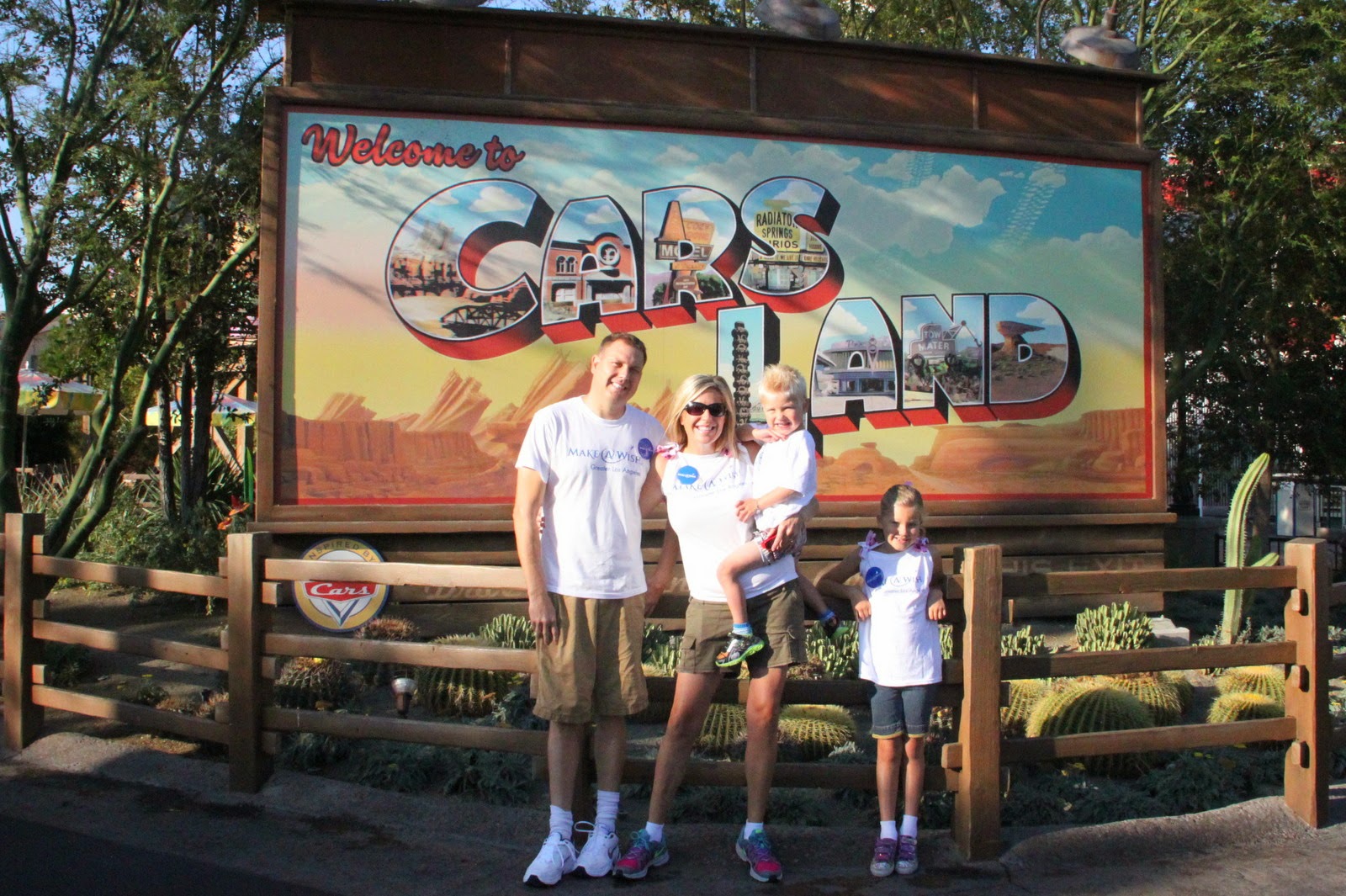 (waiting with eager anticipation for his Meet and Greet)

We were there with one other wish family whose son also wanted to meet Lightning McQueen. While we were waiting for the Meet & Greet, both boys (and the families) were let on to the Mater Tractor Tipping ride. Since we were the only ones (outside of cast members) in Cars Land at the time, that part was super fun! (I mean really, to have a ride all to yourself at Disney??? We kind of had to pinch ourselves!) 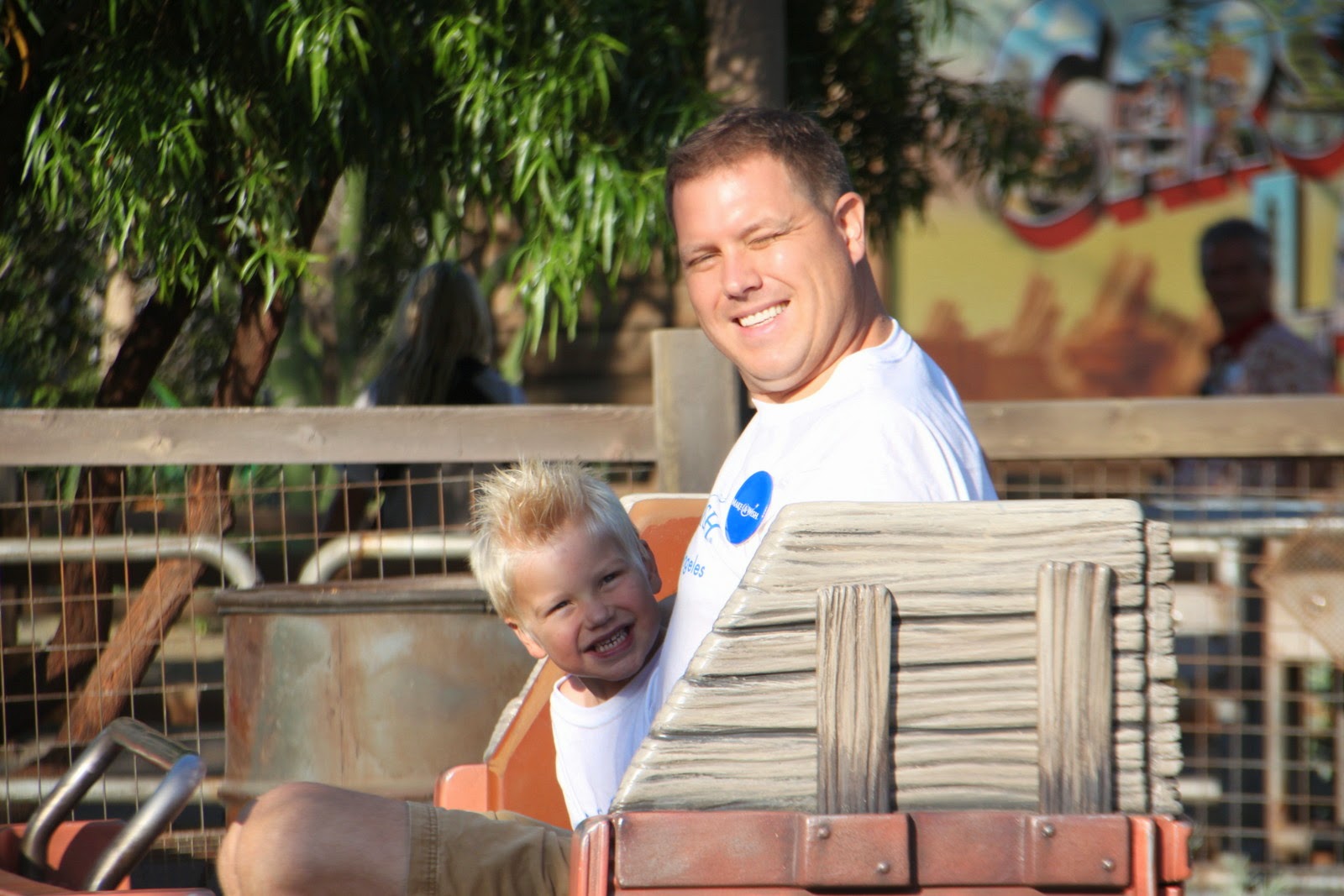 (Bodie and daddy on the ride) 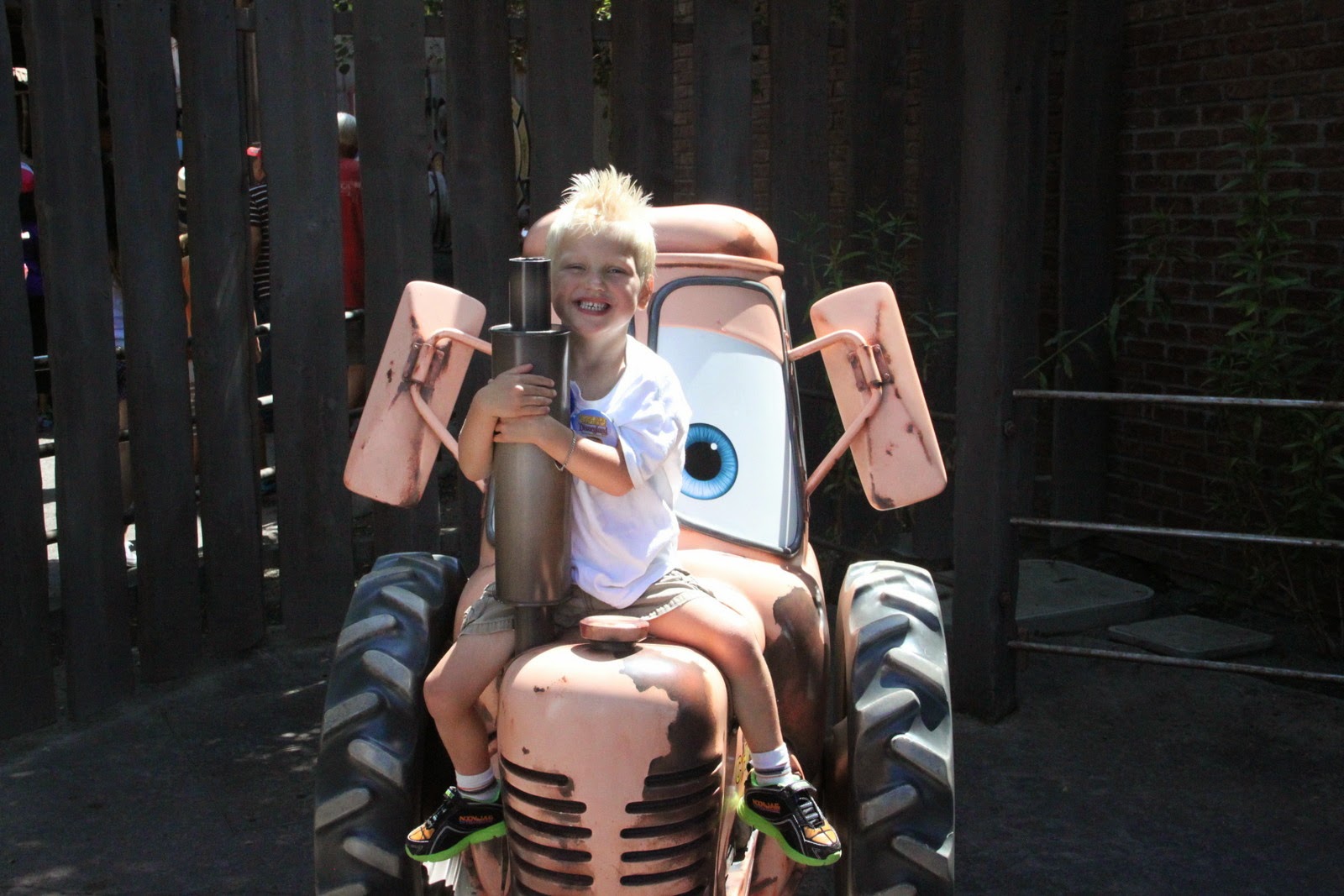 And then Mater and Lightning McQueen rolled in, and Bodie was in Heaven. He got up close and personal with both of them, and took lots and lots of pictures. 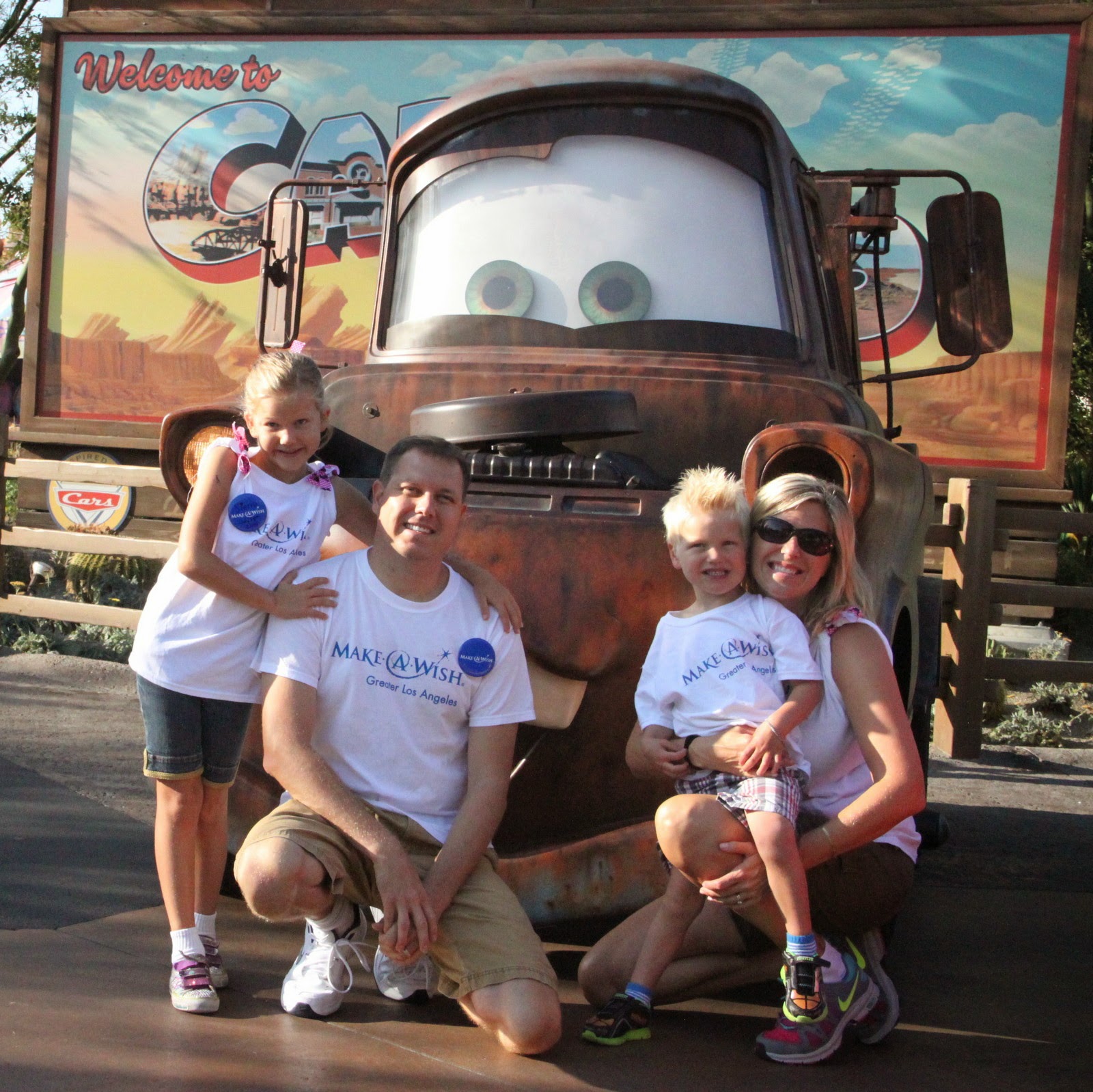 Then, Bodie discovered that Mater had a plush Lightning McQueen and Mater for Bodie on the back of the tractor. Bodie was SO excited - those stuffed guys didn't leave his side for the duration of the trip! (It's amazing we were able to keep track of them! 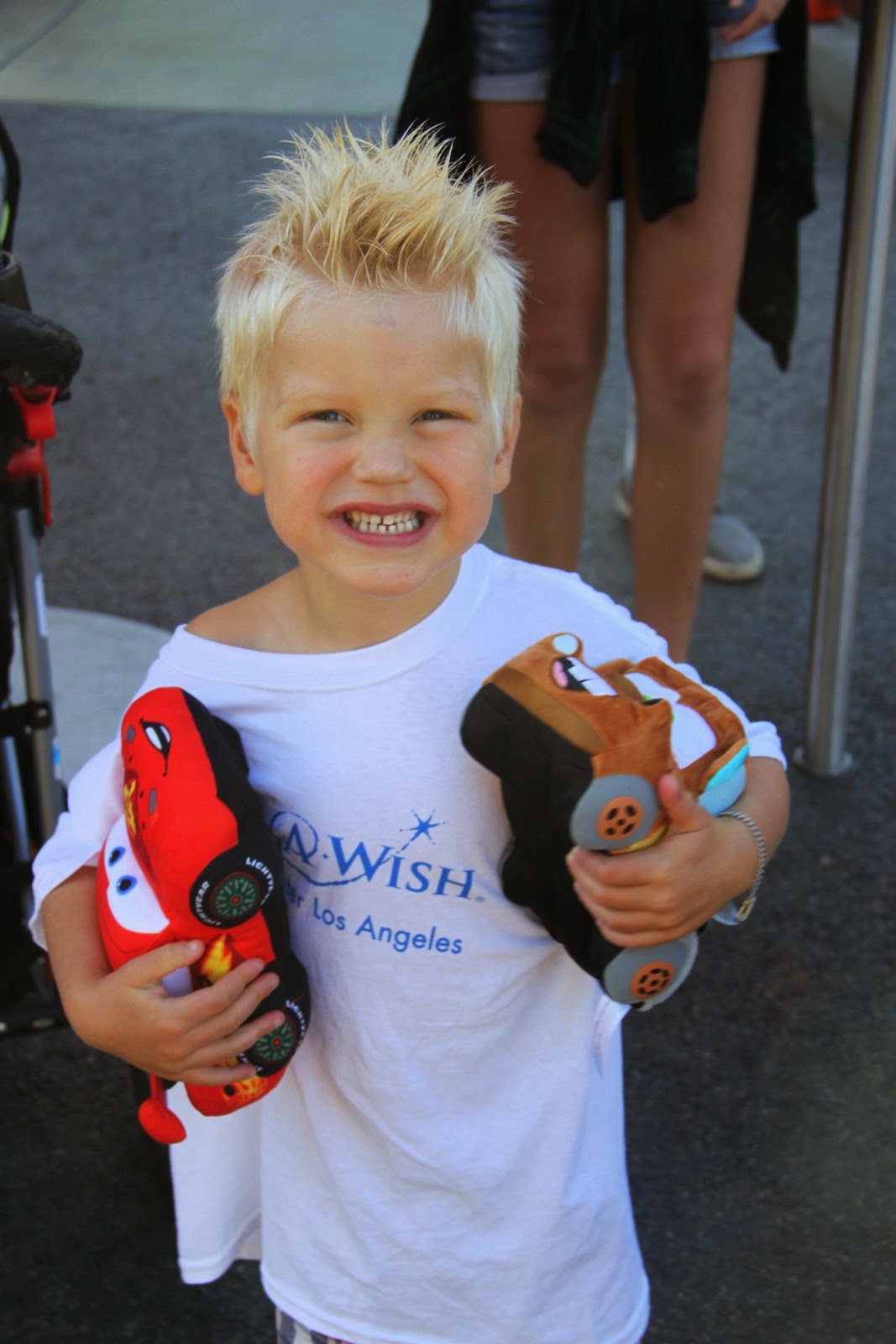 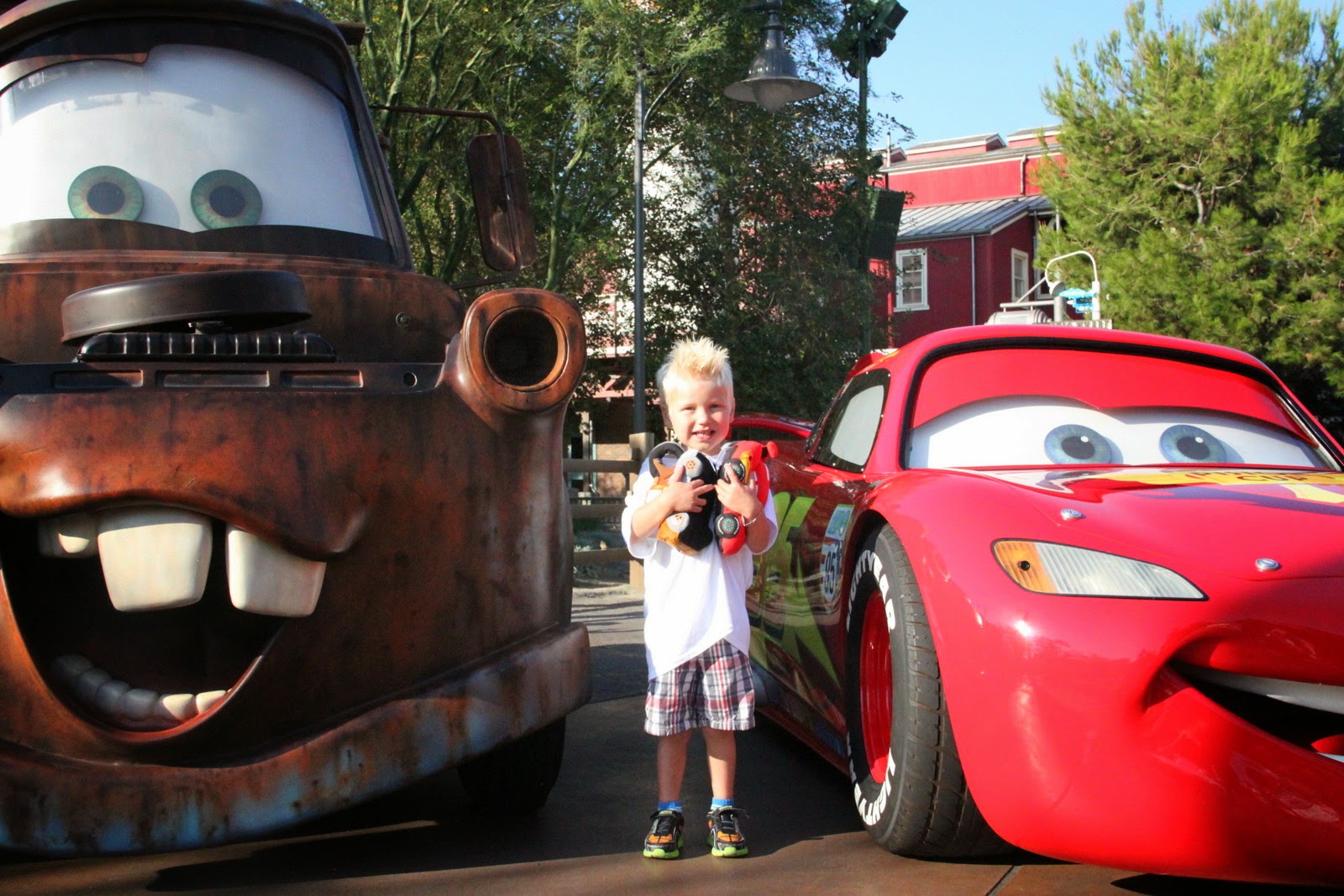 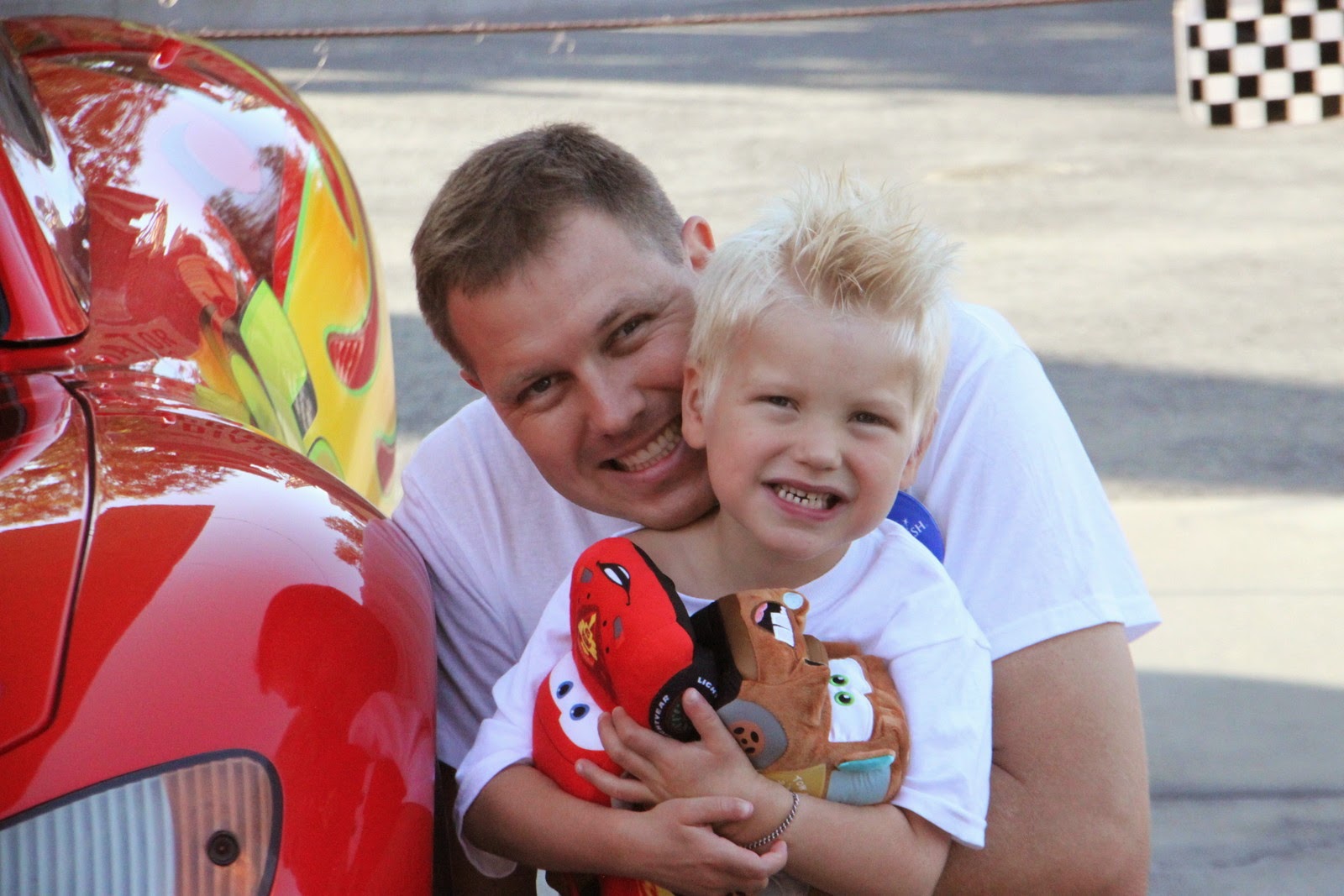 I think we had about 10 or 15 minutes with the cars before Cars Land opened to the general public, which was a pretty cool experience. Then, we got to watch them "open" Cars Land, which is a sight in and of itself (they have all the guests and cast members behind a rope and march through Cars Land).

And then we were off to enjoy the parks!
Even though his wish was technically "over" at that point, it was really just the start of an incredible vacation that was so much more than meeting Lightning McQueen and Mater!!! More pictures and stories to come!!! 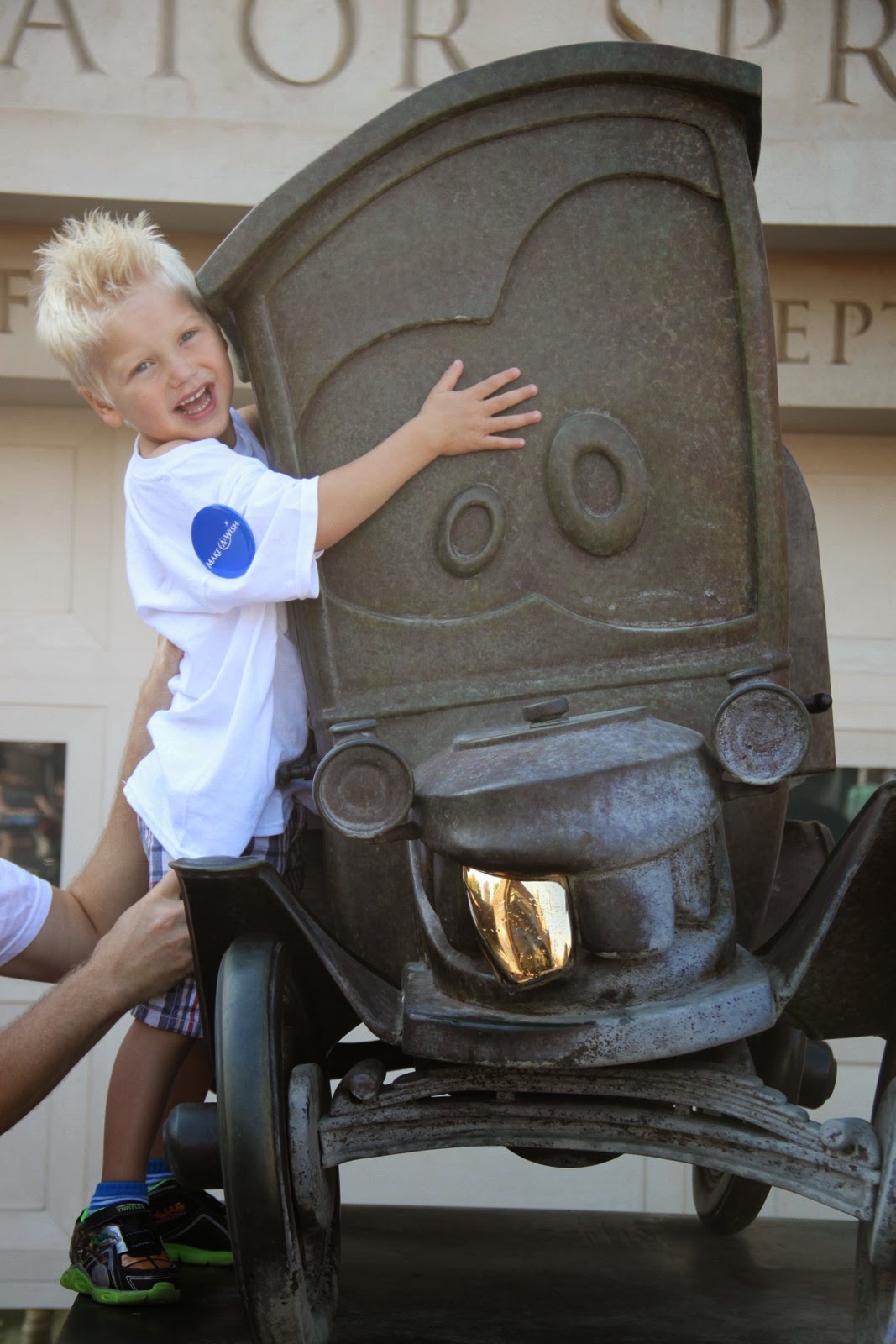 (Bodie with "Far Away Stanley" as he calls him - he had been asking all week whether he'd get to meet him, so I was thrilled to see that he would be able to!)