The kiddos had "Career Day" at school today. I was so proud of Sierra. In true multitasking free spirit fashion, she chose to dress as a 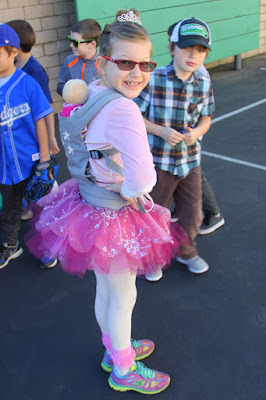 I mean, could you die from the cuteness? 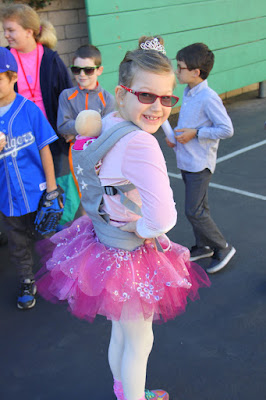 We do love our Ergos in our house.

I just love that she wanted to represent her dream of being BOTH a ballet dancer AND a mama. I am so grateful that, even at 8, she feels a calling to be a mother AND pursue her own dreams, that she understands that the two are not necessarily mutually exclusive. I think that means I'm doing something right. I hope.

And Bodie was there, too. 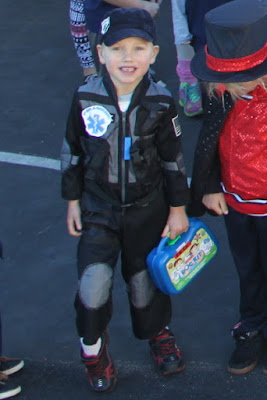 As a paramedic.
Which has been his dream for at least 2 years now.
It's so adorable.
He's obsessed with ambulances and really wants to be a paramedic.
(Or, you know, probably more likely the ambulance driver, what with his endurance issues, but hey, we're not killing his dreams at the tender age of 5.)

So, paramedic it was. Except we don't have a paramedic costume.
So, we just recommissioned his swat team uniform from Halloween 2014. Which totally worked. 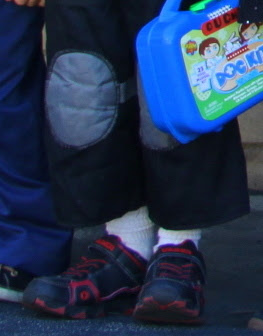 What can I say? He's kid #2.
I suppose the upside is that we have empirical proof that the kid who refuses to eat is, in fact, growing.