The detours we take

We went to cut down our Christmas tree today. 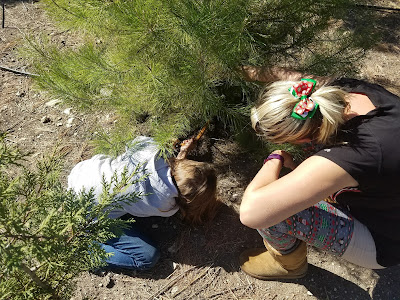 Yes, I said "cut down." I know we live in Los Angeles, but Dusk and I both grew up in more rural areas and our families cut down their own Christmas trees each year, so I can't lie - a little bit of us died inside each year we took the kids to the Home Depot Christmas Tree Lot. Last year, we introduced them to cutting down their own tree.

We went back to the same place we went last year. Last year, they had tons of beautiful trees in all shapes and sizes.

But, because we're the Bennetts, and it's 2016, and I think we can all agree that 2016 and the Bennetts REALLY need to just freaking break up already, because it's just not working out for anyone, the trees all pretty much looked like this. 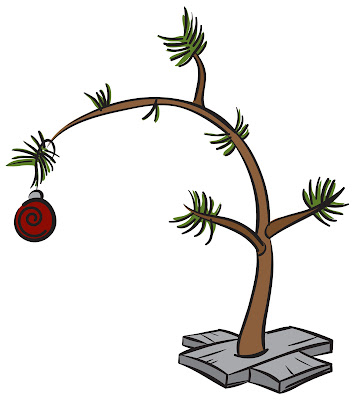 A whole freaking farm of Charlie Brown Trees.
Apparently the Santa Paula Christmas Tree farm was hit with some sort of disease and lost most of their trees. They're regrowing.

Of course.
Because, 2016 and the Bennetts.
On a side note, we're really sorry to everyone else who wanted to buy there - I'm sure that had the Bennetts planned to get their tree elsewhere, the Santa Paula farm would have been spared the tree disease.

We pulled out the phone and thanks to the modern technology of wifi and yelp, we found another farm 30 miles south of us. So we headed out, following the google map directions...

And stumbled upon this little gem - Grimes Canyon. 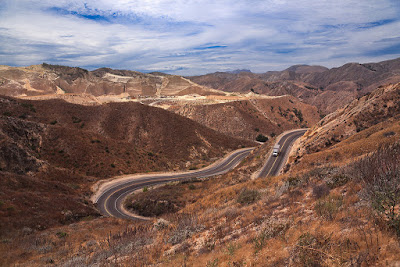 A beautiful little stretch of highway with some rather treacherous turns, and amazing sandstone walls that people have carved various drawings and writings into. 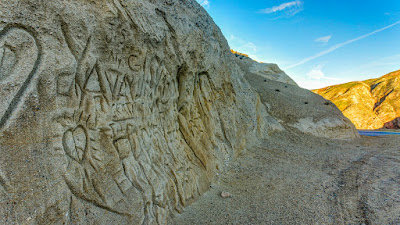 They were SO cool. We stopped off the road and let the kids explore, carving into the walls. 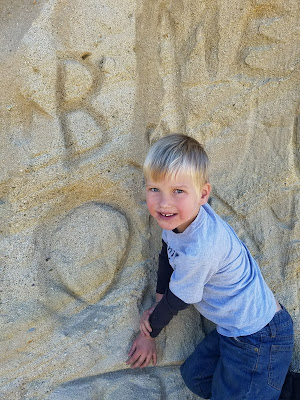 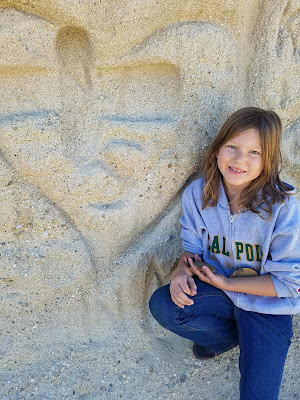 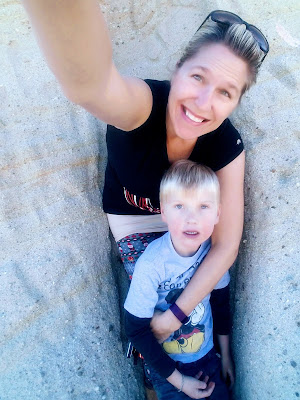 It was totally not on our agenda, and I couldn't be spontaneous if my life depended on it, but we decided to stop anyway. And it was SUCH a cool detour, and one we'd never have found had we not taken such a circuitous route to finding our Christmas tree this year.

We did eventually get our tree at a lovelylittle tree farm in Thousand Oaks and it's now proudly adorned with way too many ornaments but so much love. 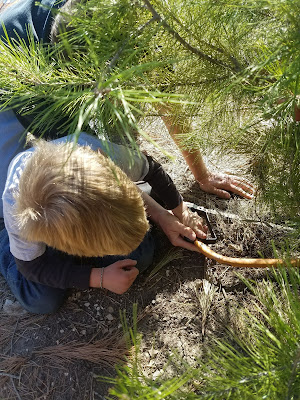 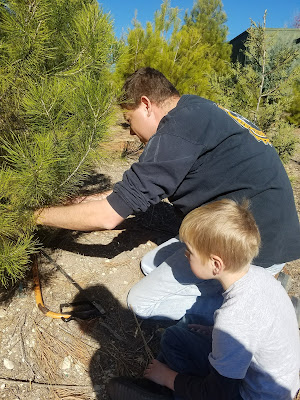 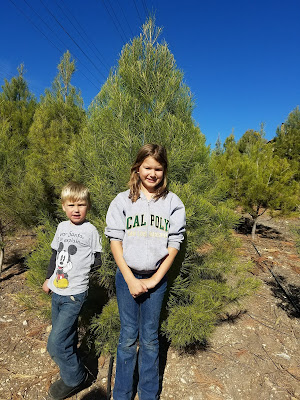 Today was such a powerful reminder of how detours can shape our lives, how even in the midst of annoyance and not getting where we thought we were going, if we just open our eyes, we might see some cool surprises.

We're currently on another detour, this one with Bodie's health. I haven't blogged any updates, because, well, we don't really have any. He had a REALLY rough Thanksgiving, with the same symptoms he had shown in early November - he was SO blue and lethargic, spent a lot of time lying on the floor, and would cry every time we asked him to eat, saying he was going to throw up. It seems beyond improbable that he would have caught another bug so soon, so we chalked it up to worsening heart failure. It was so scary.

But then, he bounced back and Sierra had some GI symptoms as well, so perhaps the improbable really did happen, and it was another bug on top of his heart failure. We don't know.

He seems better. Not 100% back to normal, but better. His energy still comes and goes (although it seems to be mostly on the upswing), and we struggle with making sure he stays on top of eating, which seems to be more critical now that he's in heart failure. Low blood sugar and heart failure just don't combine particularly well for him.

We see the heart failure team at CHLA this week, and we covet your prayers for that appointment. We don't know what route they will want to take - they may want to cath him to find out exactly what's wrong to make the best decisions on what meds to give him. Or they may not want to cath him when he's having function issues, and instead choose to try meds out first and see if we can get an improvement on his echo before cathing. We don't know.

A lot we don't know.
I deal with uncertainty about as well as I do with spontaneity.
Not so much.

So we covet your prayer this week as we meet with CHLA.
Please pray boldly for Bodie's echo to show improvement, and for wisdom for the heart failure team as we manage the detour ahead.
Please pray for this detour to be a short one, and that God might show us wonders we might have missed were we not on this detour.
Pray for Bodie's body and pray for peace for us all in this time of uncertainty.