Finding my way to normal 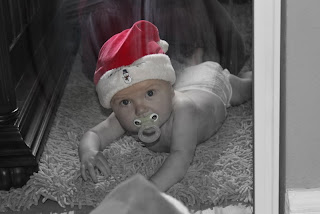 Being a parent of a single ventricle kid is, well, different.

You spend your child's first months of life literally holding your breath. Just waiting for that Glenn to get here. The time before the Norwood is, honestly, just a great big blur. You have a tiny newborn child you hardly know and you're pretty much 100% reliant on the doctors and nurses to tell you whether there is something wrong with your child and how to fix it. You're hoping and praying this child you've hardly bonded with (if you've even bonded at all - it's hard to explain if you haven't been there, but you're really torn between loving this child (of course you love them, they're yours) and wanting to distance yourself since you know there's a distinct possibility you will never bring this child home from the hospital) will make it.

Then, if you're lucky, you make it home from the Norwood and you're in the "interstage" as it's referred to, the time between the Norwood and the Glenn. The interstage is the riskiest time for a single ventricle child, the time with the highest mortality rates. I don't know about other hospitals, but I know at CHLA, your odds of making it home from the Norwood (90% survival to discharge) are actually better than your odds of making it from that point to the Glenn (85% survival from Norwood discharge to Glenn). That's a really sobering statistic. Kids during the interstage are just plain fragile. They're hospitalized for missing more than one feed at a time or because they have a runny nose, and they pass away from colds or the flu, things that a heart healthy kid wouldn't bat an eye at. During the interstage, you're VERY closely followed by a cardiologist, and you, as a parent, are monitoring absolutely everything you can. You're monitoring "ins and outs," checking sats regularly if you have a pulse ox (many docs will send you home with a prescription for one) (we had Bodie on continuous pulse ox overnight and during daytime naps), you're weighing daily and consulting your cardiologist if more than a couple of days go by without weight gain. You're likely administering a crazy amount of meds. You're watching your child like a hawk for the slightest change in feeding patterns, or change in color, or change in sleep patterns. All things that change on a daily basis for a heart healthy kid, but which can mean a shunt is clotting off or narrowing in a post-Norwood child. It's mind boggling the amount of precision and effort required to keep these children alive between the Norwood and the Glenn.

Then, if you're lucky and make it to the Glenn, the whole game changes. Post-Glenn, kids are generally incredibly stable. They don't go downhill quite so quickly, often giving warning signs for days, weeks or even months before things reach critical levels (as opposed to post-Norwood, where you can literally be talking hours). Instead of seeing the cardiologist weekly (with bi-weekly echos), you're seeing them monthly, bi-monthly and eventually even less frequently than that. Weight gain can often still be an issue for these kids (they're cardiac kids, after all), but you don't need to monitor food intake or weight as rigidly. A cold won't necessarily entail a hospital admission. Yes, single ventricle kids by definition are "medically fragile" and doctors will be cautious because of it (as we saw when Bodie was almost admitted for a possible pneumonia), but it's just different after the Glenn. They're, for the most part, "normal."

Emotionally, I'm there. I'm no longer expecting the other shoe to drop. I mean, I know it's always a possibility (there simply are no guarantees with cardiac kids), but I'm more successful at pushing that thought to the back of my mind rather than letting it permeate my outlook. I figure we'll deal with issues when they come up and can monitor him super closely again if that happens. In the meantime, we can let Bodie be a normal kid. We won't keep him on house arrest (we never have other than immediately post-op), but we can certainly be a little more lax now in terms of letting him have playdates and get out there and just enjoy being a baby). I am just trusting God for Bodie's future.

But practically speaking, I'm not sure how to get there. I am still putting Bodie on continuous pulse ox at night, even though he's consistently been satting in the low 80's for over a month now, with the exception of when he's sick. I am still weighing Bodie daily and panicking when he has a few days where he doesn't gain. And I am still printing out my excel chart and putting it up on the fridge every day to mark, down to the ounce, how much he eats, how many diapers he puts out, etc. So my question is how to get from crazy-hovering-have-to-monitor-every-little-thing to normalcy? I don't really know. Life was in such a crazy state for so long (remember that Bodie didn't have his Glenn until he was 7 months old, so we had a long time for that to become our regular routine). I realized last night as I was climbing into bed at 12:30am (and decided to wake Dusk up out of a sound sleep to discuss this, bless his heart) that it's a habit and one that I need to break for my own sanity as well as my family's well being.

I know a lot of fellow heart moms read my blog. Any advice for how to get from Point A to Point B? I'm getting there - today was the first day I didn't put the excel spreadsheet on the fridge. Baby steps. Would love some other recommendations! Other than that, please just pray for me and our whole family as we adjust into our new normal. :-)
Posted by Amy Bennett at 9:02 PM