And just like that...the school years have begun for us... 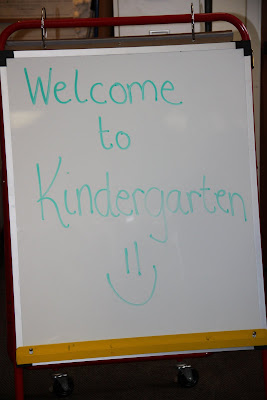 Sierra had her first day of Kindergarten today and absolutely LOVED it! I am so grateful we chose the school we did for her! 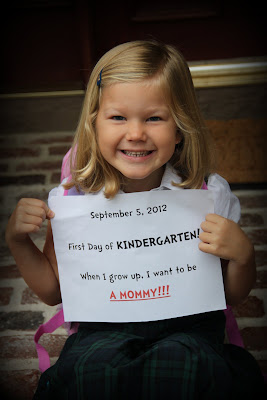 I tried to include Bodie in her first day of school pics, I really did. And as you can see...my efforts were met with the utmost cooperation... 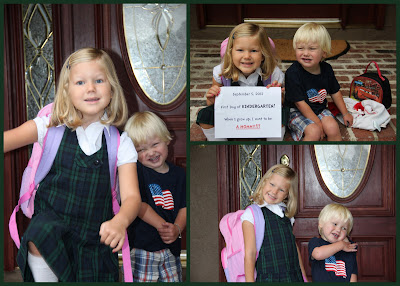 Sierra did awesome at drop-off. I, however, was a hot mess. Perhaps it was from running a little late due to the rain, or from getting violently screamed at by a complete stranger because I couldn't tell that he was in fact not pulling out of his parking spot, or from constantly having to grab her new markers out of Bodie's hands as he was furiously trying to scribble on her desk with them, or, I don't know, maybe BECAUSE MY BABY WAS STARTING KINDERGARTEN?!? Ah, whatever the case, it was nothing that a nice hug from the Kindergarten teacher couldn't make all better. Yep, I'm that dorky parent whose kid did fine but who was in tears and needed a hug herself. I'm sure Sierra will be super proud to read this someday.

But I digress. Truly, the school is fantastic. The parents were invited to Chapel, which I was beyond impressed with. I had honestly expected to be pretty bored with it (not sure why I expected it to be dry and boring - I don't find church boring, but I guess the name just conjured up images of complete boredom), but it was so well done and engaging for the students. They were all participating and it was clear they were having a great time. I was pretty blown away with how dynamic and entertaining it was, and thrilled to know Sierra's going to be getting solid Biblical teaching both at home and school. 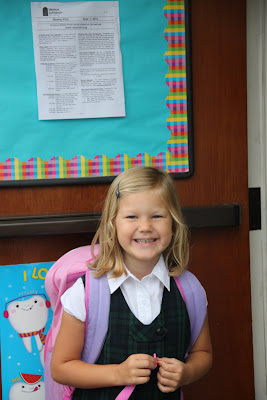 I've been praying so hard that Sierra would find a good little girlfriend in her Kindergarten class, somebody whose mom I would really vibe with as well. In a class of 8 kids, only 3 of whom are girls, that's kind of a tall order, even for, you know, the creator of the universe (and obviously, yes, I realize it's not really a tall order for Him, but in my super emotional "my baby is starting kindergarten" mind, it totally seemed like it). Well, boy did God answer, because both of the other girls are super sweet and one of them could literally be Sierra's sister (just similar in so many ways), and doggone it, if her mom isn't the most awesomely hilarious and sweet woman I've met in a long time! I would include the darling pic I got of the girls, but I don't know the mom well enough yet to post the pic without her permission. But suffice it to say, the girlies are going to be fast friends, and I'm pretty sure I've made a great new friend in the process as well. Praise God!

All in all, the day was a huge success and Sierra says she can't wait to go back! What a blessing to be so happy with the school we've chosen for her. :-) 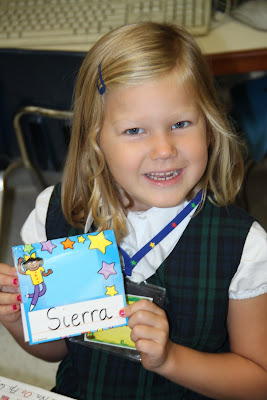