On October 1, 2009, we first heard the words "your baby has a severe congenital heart defect." Like so many parents, the news was received at our structural ultrasound, when I was 17 weeks pregnant. The experience was traumatic, to say the least, not the least of which was because, save for our incredible cardiologist (who by the grace of God happened to be in the office that day, doing prenatal consultations), the response from the medical team was largely negative, with most surprised that we were not choosing to terminate. Although they were compassionate, the overall feeling that we were given was that our child was in grave danger and would likely not make it to term - and, if the baby did, would not have a good prognosis. It often felt as though we were fighting our medical team to stay positive. The frustrating thing to me is that I now know that there is a great deal of HOPE with these kids, and none of that hope was conveyed to me by the medical team (again, save for the cardiologist).

Every year, on October 1, I send our perinatalogist a letter, just wanting to show him that kids with HLHS can do well and thrive. You can find my 1-year letter here and my 2-year letter here. This year, on the 3-year anniversary, I am once again taking the opportunity to reflect and share Bodie's story with him. Here is my letter... 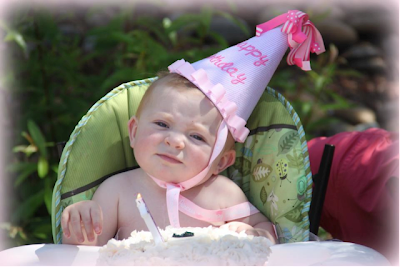 This is Ella May Beckstead. She has HLHS, just like Bodie. She is one of “ours,” a family that has been touched by Sisters by Heart. Last weekend, Bodie and I watched her celebrate her first birthday, and rejoiced in the moment.

Three years ago today, the course of my life was changed in a moment, to forever after be split into the before and the after. Before you told me my unborn baby had a congenital heart defect so severe that only a small percentage of the most skilled surgeons in the country will even attempt the complex surgical repair needed. Before I knew my unborn child would fight for his life almost immediately. Before you gave me little to no hope for my unborn child’s life. Just, well, before.

On the second anniversary of Bodie’s diagnosis, the further I got into the heart community and the more successful HLHS cases I saw, that sadness had turned to anger. Anger, I suppose, that you should have “known better.” Anger that, as the head of a major prenatal diagnosis center, you should have known that palliated HLHS is not a death sentence, that there is a great deal of hope for these children, that the advances in this medical field are staggering.

But, today, on the third anniversary of his diagnosis, I get it. I understand that it wasn’t ever about my son, or about the moment the bottom dropped out of my world. It was about my family’s opportunity to be a part of something so much bigger than that. It was about Ella, and the more than 300 other families that have been touched by Sisters by Heart in the last 2 years. Because, Dr. Rotmensch, Sisters by Heart was borne largely out of my prenatal diagnosis experience, out of my desire that no family ever be given an HLHS diagnosis and leave without HOPE for their child, for their family. I was incredibly lucky that Dr. Kim happened to be in the office on the day I received my diagnosis. Not every parent is as lucky to have a Dr. Kim waiting in the wings, and had I left after only seeing you, I would have left under the impression that my child had no hope for a normal life. No family should ever experience that, all of the fear attendant to an HLHS diagnosis, but none of the hope, none of the knowledge that many of these kids go on to live very typical, happy, lives.

HLHS sucks. It is a horrible defect, and I would trade my heart for my son’s in a second. But there are so many kids, like Bodie and like Ella, who aren’t just surviving, but are thriving. The Bodies and the Ellas of this world aren’t just defying statistics, they’re redefining them.

Bodie is doing incredible, by the way. We still have his Fontan surgery ahead of us, and it scares the daylights out of me, to be honest. But today, he’s doing fantastic. He’s just like any other 2½ year-old. He knows all the words to his favorite praise songs (and is almost always singing them!).  He’s obsessed with cars, trucks and trains. He knows his ABC’s, he can count to 10 (and include almost all the numbers to get there! J), he’s potty trained and he’s smarter than a whip. He’s inquisitive, he’s sweet, he’s stubborn and he’s funny. His ½ a heart does NOT make the rules for him. HE makes the rules. This past year, we did charity events, we spent 10 days in Tahoe, we flew to South Carolina (and got to go into the cockpit on the way back) – and just generally LIVED our lives!!! 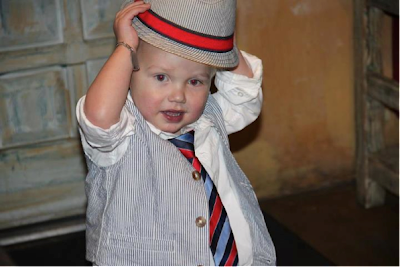 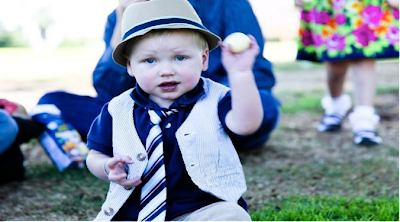 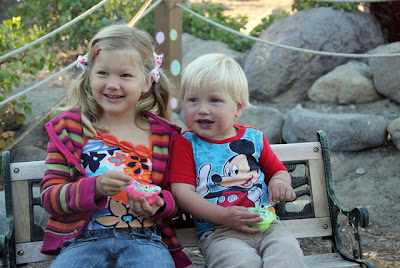 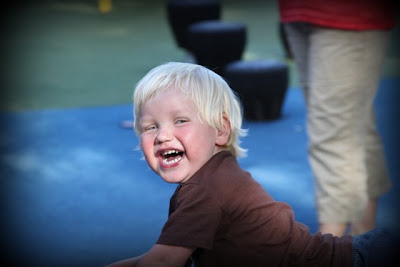 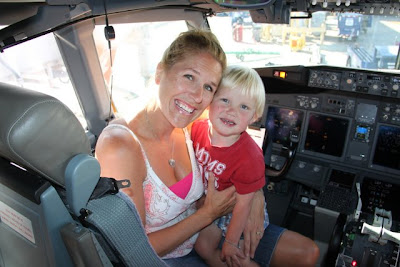 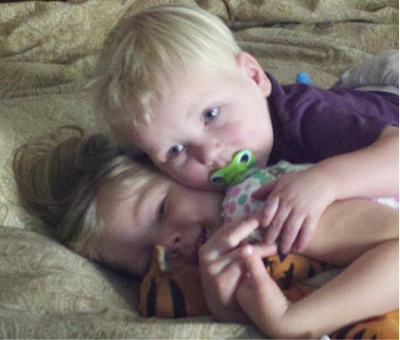 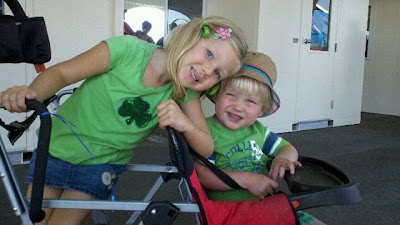 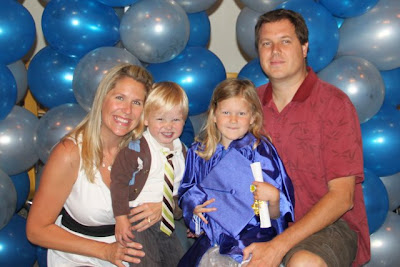 Bodie and Ella are far from alone. The other kids I include in this letter every year? Although some have had some tough post-Fontan complications, most are still kicking HLHS butt. 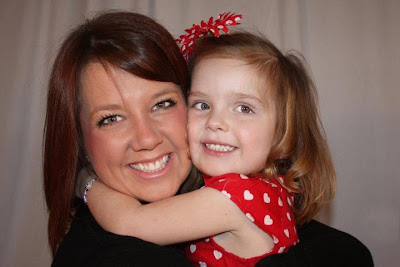 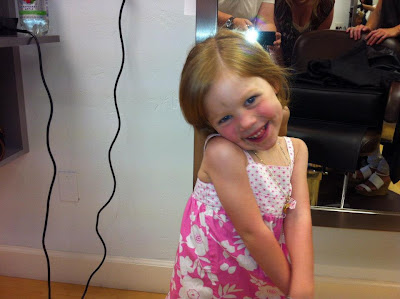 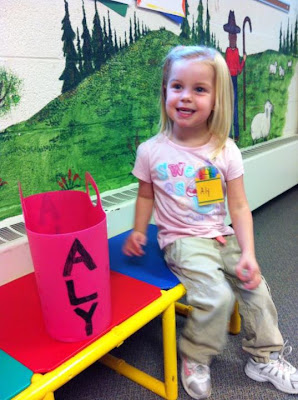 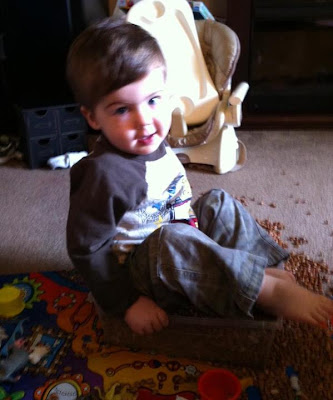 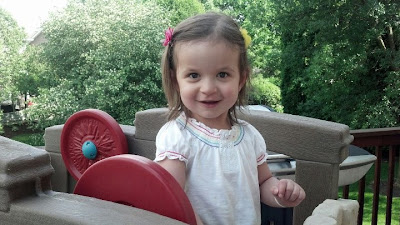 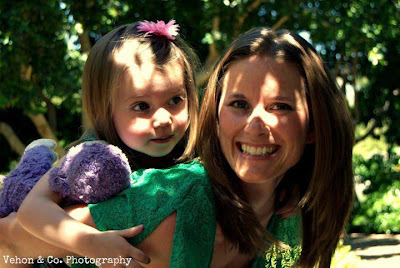 Dr. Rotmensch, the latest statistics are showing that 60-75% of HLHSers are making it to 5 years old without needing a transplant (and the numbers are as high as 80% at higher volume centers). The advances currently being made in stem cell and bone marrow treatment for congenital heart defects are amazing. This field has moved at the speed of light in the past decade, and, by all accounts, it appears we’re just getting started. So, yes, HLHS sucks. It’s a terrible diagnosis and, as long as it still takes one child from their mother’s arms, research is not done.  Yes, parents absolutely need to know how devastating this diagnosis is, how it will change their lives forever and rob them of any sense of security they felt over any of their children’s futures. But, please, also take a few moments to remember the Bodies, the Ellas, the Olivias, the Towneses, the Addies, the Aly-Jeans, the Graces, the Jacobs and the Zoes of the CHD world. And please, remember Sisters by Heart and the HOPE we bring.

You may feel that recommending the termination of an HLHS child is the right thing to do, but I ask that you also think about the many blessings you are terminating, along with their unborn child – a chance to learn what life is all about, the opportunity to live in the present moment on a daily basis, the insights that both heartache and pure love can bring, and the inspiration our HLHS children bring to people all over the world.