You know, the thing we burned the crap out of his heart to get rid of? Yeah, that's back.

Since we've been weaning his diuretics, I've been spot checking his oxygen saturations to make sure he's tolerating it ok (lowered sats can be a sign of fluid re-accumulation). Saturday morning, I put him on the pulse ox to see his heartrate show up at 180 beats per minute (more than twice his usual resting rate of around 80). I honestly thought the machine was wrong because he was not symptomatic at all. But I pulled out the stethoscope and counted it myself, and actually got closer to 200.

He spent the better part of the weekend with his little heart racing. We've been able to bring it down to a more manageable range (below 130 most of the time) with beta blockers, which is better, but it's still not his normal sinus rhythm. And, after 2 days of it, his sats are crappy and he's now symptomatic (blue and winded again). To say we're disheartened is putting it mildly.

Between the two ablations, we've burned a fair amount of Bodie's heart tissue. Why does that matter? Because he is dependent upon his pacemaker. And his pacemaker leads have to be attached to tissue in the heart that isn't burned or scarred. And he only has half a heart to begin with. Which means he doesn't have a lot of real estate where leads can affectively be placed to begin with. And some of that real estate just got the crap burned out of it. In fact, when they went in to place his leads 2 weeks ago, they had a hard time finding a spot where the leads could be attached and conduct well. They eventually did find good spots, but it definitely left us feeling uneasy about future lead replacements. We do know Bodie will need lead replacements throughout his life; our hope is that they will last as long as the pacemaker batteries themselves (possibly as long as 10-15 years); but the fact that he already broke one lead in the first 18 months of having his pacemaker is not a fantastic sign. And we won't go into our other options should they be unable to find a suitable spot for pacemaker lead placement (but I'll give you a hint - there's approximately one option. It starts with 't' and ends with 'ransplant').

So, that said, learning that we willingly put more scar tissue on our sons heart, likely compromising future lead replacements, for what amounted to nothing was a hard pill to swallow. Do we regret doing the ablations? NO, absolutely not. We had to try. We made the best decision with all of the information we had at hand. But we're frustrated to be back in the same position we were before the ablations.

Where do we go from here? We put Bodie back on his beta blockers and hope and pray they do the trick. Being on beta blockers regularly isn't a huge deal; neither Propranolol nor Atelenolol have a very big risk profile. No huge long-term risks, other than possibly reducing the efficacy of inhaled steroids for asthma. Since Bodie's asthma is presently managed without the use of inhaled steroids, we're hopeful that won't be a problem.

If the beta blockers don't work, we may be looking at restarting Amiodarone. Amidarone, unlike beta blockers, has a very high risk profile. And it's in all the areas we don't to have to worry about; Bodie's sort of the poster child for the kid you don't want on Amiodarone. We were lucky that he has not had any of the major side-effects yet, but they are associated with longer term usage. If we have to go back on it, we'll do what we have to do. But we're sure love to avoid it. So please pray that we can avoid going back on the Amiodarone.

Besides dealing with the same old problem we've been dealing with for years now, Bodie's doing awesome. I mean, really truly fantastic. He's responding to the diuretic wean well, and his activity is great (he was up at 11:30 last night, following me around and begging for a snack!) I look at him and honestly, kinda forget he had two heart surgeries just a little over 2 weeks ago. This kid is so.freaking.resilient.

We're now out and about. YAY!!! We went to the Natural History Museum yesterday. 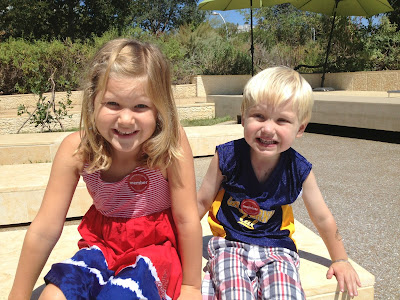 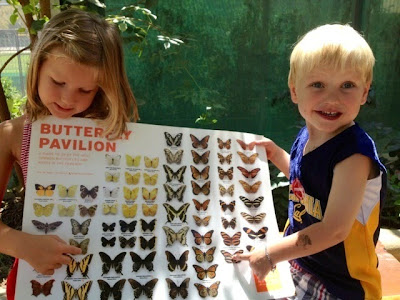 And Art Zone today, a fantastic place where kids can paint, dress up and have a blast. 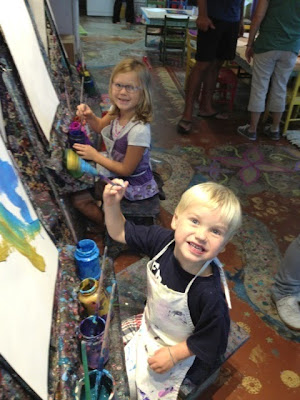 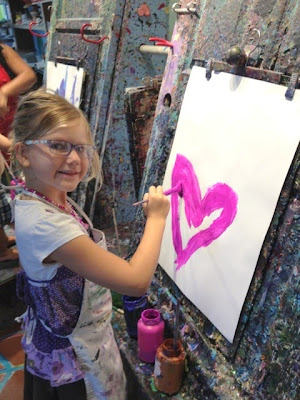 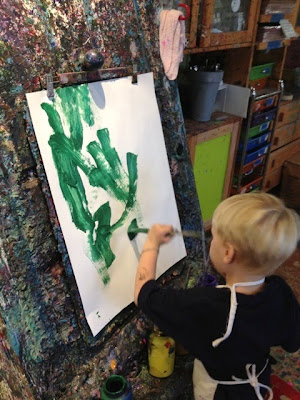 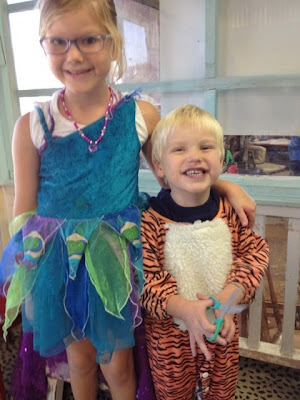 (Adorable costume...not so adorable purple lips on the tiger.)

So...if we could just close our eyes and ignore the whole "my-heart-is-trying-to-run-a-marathon-without-me" bit, we'd be jumping for joy at how well Bodie is recovering. Let's all pray together that we can get this EAT under control so that we can truly relax into Fontan recovery and start looking forward. Thank you!