It seems hardly possible that 4 years have passed since I met you. Since you walked into that exam room with 2 other doctors, echoed my unborn baby’s heart for what seemed like hours, pushed your glasses down the bridge of your nose, looked at me and said in a soft voice, “I am so sorry.” And, just like that, my life was never the same. The weeks and months that followed would be a blur of fear, worry and the unknown.

I wasn’t sure whether I was going to write you a letter on the anniversary of our diagnosis this year. Honestly, we’ve been living life and I wasn’t sure I’d find the time.

But then, as life with a medically fragile child tends to be, things got unpredictable. And we found ourselves back in the hospital. And I realized that this year, perhaps more than ever, under these circumstances, you needed to hear from me. You needed to know, even with my son lying in a hospital bed, with talks of a picc line and iv antibiotics and infection, I don’t regret it. Not for one minute.

I don’t regret giving my son life. I don’t regret fighting for him. I don’t always love this new world our family has found ourselves in, fraught with fear and worry and the unknown. But we don’t ever regret our choice to continue the pregnancy.

In this world, in the fear, we have found strength and resilience we never knew we had. And we have gotten to know and love the bravest boy we’ve ever known. 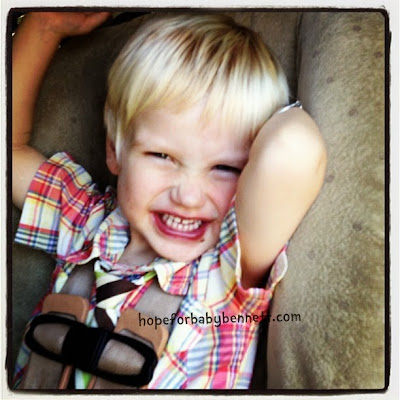 2013 has been a bit tougher for Bodie, with another open-heart surgery followed by an open-chest surgery (although, I suppose, when you’re talking cracking through my son’s sternum in either case, the fact that his heart itself was not cut open in the latter seems somewhat like splitting hairs) 4 days later, a cardiac catheterization, 2 cardiac ablations and now a hospital stay for a pacemaker site infection. But, even so, all told, we have only spent 12 nights in the hospital this year. And the rest of the year? We’ve been LIVING LIFE.

I won’t lie. This year has brought plenty of tough moments. Realizing that my son’s ablation wasn’t successful and that we had cauterized parts of his heart for nothing was one of them. Hearing that a possible infection prevented them from replacing his pacemaker during his planned open-heart surgery and that his chest would have to be re-opened in less than a week to insert the pacemaker was another. Helping medical personnel hold my child down through 3 attempted iv placements was another. 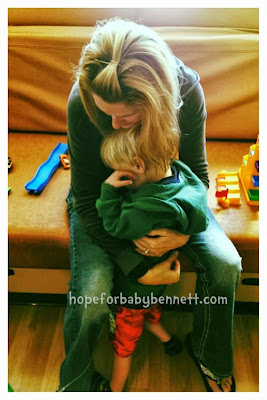 But that’s not what I will remember this year for.  Not even close.

I will remember 2013 as the year that he started preschool. 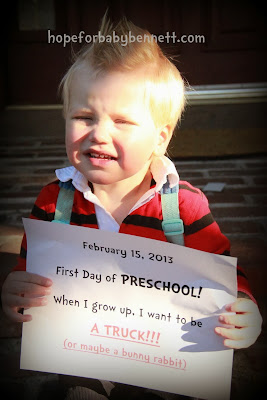 I will remember that, when evaluated by LAUSD to determine whether he needed any services, we discovered that he tested at or above age level across the board. (In cognitive abilities and receptive communication, in fact, our amazing 3-year old boy tested mostly in the 4-5 year old range.) And I will remember the woman who stopped us in the Bed, Bath & Beyond checkout line to ask how old Bodie was, her surprise that he was only 3, that she thought he was much older based on our conversation and his reasoning abilities.

I will remember this was the year I realized what a magnetic personality he has, how strangers are drawn to him and want to talk to him, how they are amazed when they learn everything he has been through.

I will remember that he learned to memorize Bible Verses, and is obsessed with AWANA and starting the Cubbies program this year.

I will remember how much he loves his sister, and how much fun they had together at Tahoe this last summer. 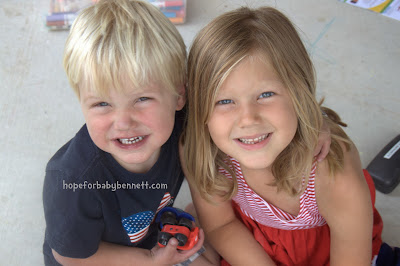 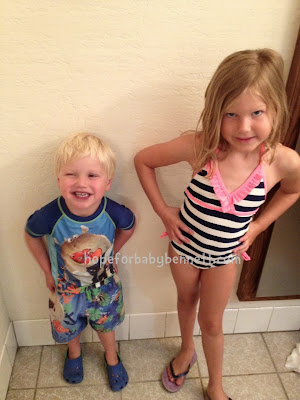 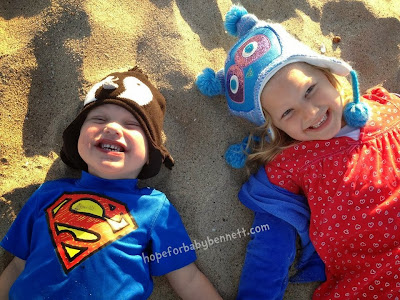 So, Dr. Rotmensch, when you ask me whether I regret giving my son a chance, whether parenting this fragile child is worth it or I wish we could somehow start over with a “healthy” child, I will tell you that I don’t regret it, and that I wish EVERY parent facing a new HLHS diagnosis could see how incredible these kids are, how fantastically "normal" their lives can be, and that for so so so many of these kids, the seemingly insurmountable medical challenges early on are just stumbling blocks in the every day typical lives they lead.

So yes, tell expecting HLHS parents that this is a battle that will never be over, that their child won’t be perfect, that they’ll have to adjust their expectations for what their future was going to look like. But then, tell them that it, all of it, is 100% worth it, for the chance to parent such incredible kids. Tell them they will learn more about themselves, about hope and about love than they can even begin to imagine. Tell them their 3-year old may someday be running circles around them, and telling them incredible stories, and making everyone laugh with their infectious laugh. Tell them that ½ a heart does NOT mean ½ a life.

And then, give them a Sisters by Heart brochure. We can take it from there.