We started Bodie in Tee-Ball this year. We wouldn't have put him in so young, but one of his HLHS buddies' dad was coaching his team and asked if Bodie wanted to be on the team, so it was sort of a no-brainer. We thought " How fun! Bodie will LOVE it!" 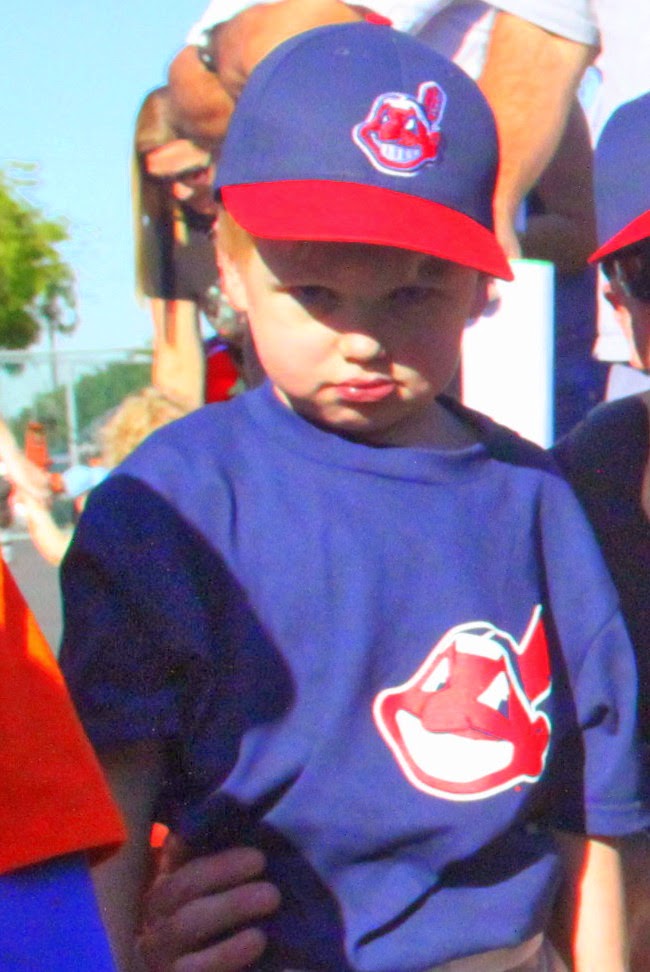 His first game, he got up to bat, hit the ball and then meandered over to 2nd base, and, after, being tagged out by 3 other players, meandered slowly over to 1st base. The 2nd time he was up to bat, he hit the ball, ran over and picked it up, then walked 1/2 way to first and then was like "screw this. I don't want to do it." and walked back to the dugout, where he sat for the rest of the game, spraying himself with the team water bottle and refusing to go back out on the field.

His second game, he laid on the ground and flat out refused to play for most of the game, claiming he was "too tired." He was forced up to bat the first time. 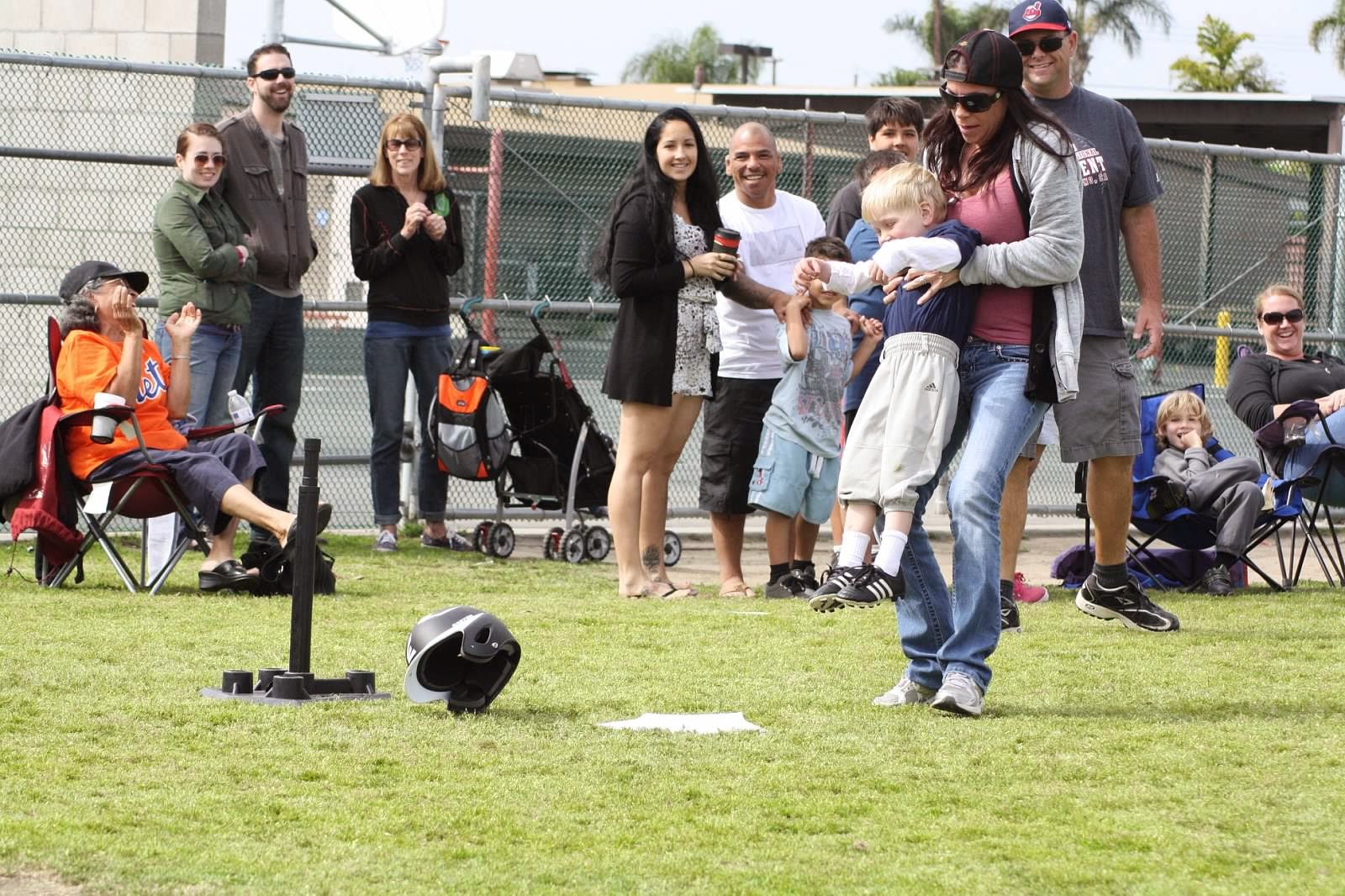 Why yes, that would be OUR kid everyone is laughing at. Hahahaha!

He finally got up to bat out of his volition, only because I told him he couldn't swim later at the hotel unless he actually played in the game. So he hit the ball, and then ran the bases over the next 3 plays. He touched every base, only because he had a personal escort (one of the coaches) directing him each step of the way. Upon hitting home base, he said "So, can I swim now?"

When I said yes, he promptly ran over to where Sierra was playing and proceeded to chase the other kids around like crazy.

Sorry for the crassness, but seriously, THIS KID. I'm pretty sure he has learned that, if he says he's tired, everyone will back off and not make him do whatever it is he's supposed to be doing. I have NEVER heard him say he was tired when he was doing something that was his idea.

It's honestly a tough line for us to walk - we want him to learn limits, and that it's ok to say he's tired when he legitimately is. He's ultimately going to be the one calling the shots with his health, and with subpar oxygen levels, he needs to learn what his body and cannot handle - and respect that. There will legitimately be times where he WILL be tired, where he really WON'T be able to do what the other kids are doing. BUT, we also don't want him using it as an excuse to get out of doing stuff that he actually can do. We didn't fight so hard to get his heart mended for him to use it an excuse.

A life lesson for us, I suppose - and for Bodie.

In the meantime, we don't regret putting him in tee-ball and are grateful for the opportunity to try a sport out (and tee-ball is the CUTEST sport to watch!), but sure would love it if the kid would get into it and realize how fun organized sports can be! 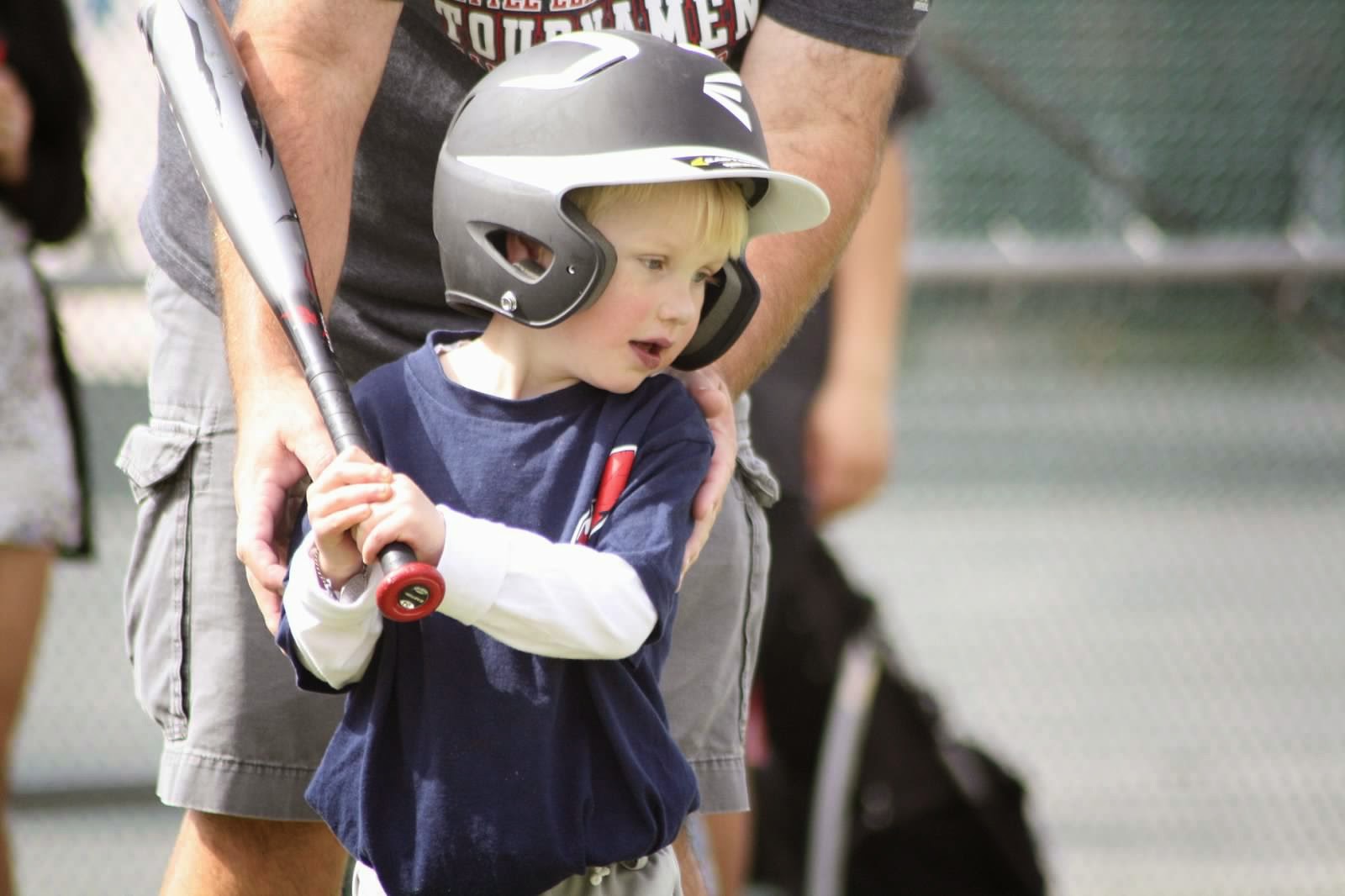 We're hopeful as the season progresses, he'll really start to enjoy it! And, if not, that's cool with us. He so does not have to be an athlete. But he does need to try. And we're not quitters, and we won't raise our kids to be, so we'll finish out the season...but I suspect tee-ball may be a one and done sport for us. :-)