A certain little somebody got cleared from Infectious Diseases on Monday. 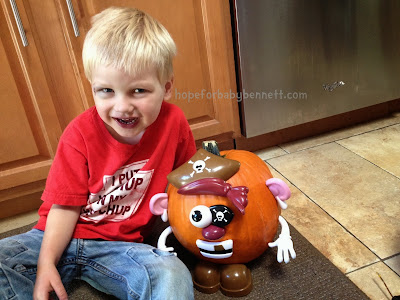 Well, "cleared" might not be the best term. The actual words were something to the effect of

Bodie was so excited at the mere thought of stopping his antibiotics that he ran into a table. 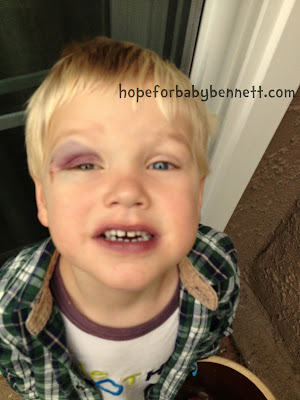 Ok, so maybe it didn't happen exactly like that, but he DID run into a table on Saturday afternoon. At full speed. I couldn't tell you why. Maybe to scare the crap outta me. Cause he kinda totally did.

But, other than screaming like crazy when it happened, he was fine afterwards. We slapped a bandaid on it and he was running around like himself just a little bit later! 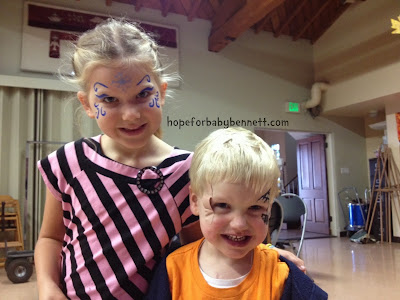 And I CAN tell you that he's super excited about his black eye. And keeps threatening to run into another table, since he's awfully sad that his eye is healing as quickly as it is. Silly boy.

And, because it's not enough to have one of us with a nasty infection at a time, Bodie decided to share. Last week, I came down with an infection on my face and in my right eye. A trip to urgent care confirmed conjunctivitis in my eye and a staph infection on my face. Fantastic. The doc sent me home with eyedrops for my eye and an ointment for my face. The next day I came down with the stomach flu. Seriously. Have I mentioned that we have really bad luck?!? When my face looked worse and my eye really stinking hurt 2 days later, I saw my Primary Care Physician who started me on oral antibiotics in addition to the ointment and the drops. 4 days in and my eyes (yes, plural - it had spread to the other eye by then) were feeling a bit better, but my face looked horrific and I had myself pretty darn convinced it was mrsa and I was going to have to be hospitalized.

So, hypothetically speaking, if I were going to be seeing a world class infectious diseases doctor anyway for my son's follow-up appointment, I would definitely ask said doctor off the record for his thoughts. And he may have told me that he thought I was likely colonized with the same type of staph as Bodie (MSSSA), which the antibiotics I was on would treat. And he may have also told me that he thought my face looked so bad because I was having a reaction to the ointment, and that, if I were his patient, he would tell me to stop the ointment since the oral antibiotics would give me enough coverage. But, this is all hypothetical, since we all know a pediatric ID doctor couldn't actually give me medical advice.

The good news is, after stopping the ointment, my face is already starting to look better! Yay! But, in the meantime, we'll all keep praying BIG TIME that Bodie's staph stays far, far, far away - and my infection clears up for good! 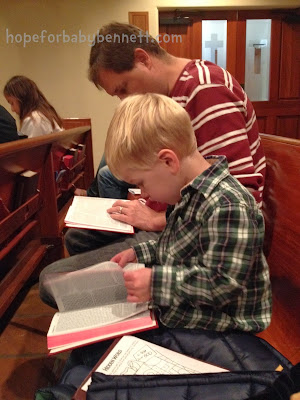 One of my favorite pictures E.V.E.R. You could almost believe Bodie is a sweet, innocent kid from this picture!

We also got a surprise visit from Uncle Paul this week! We love you Uncle Paul! 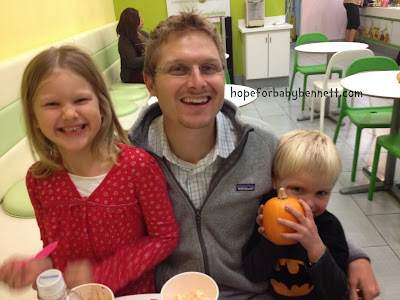 We're all hopeful we shared only our love with Uncle Paul, and none of our germs!