Minions for our Minion, Part 2. Everything Else. 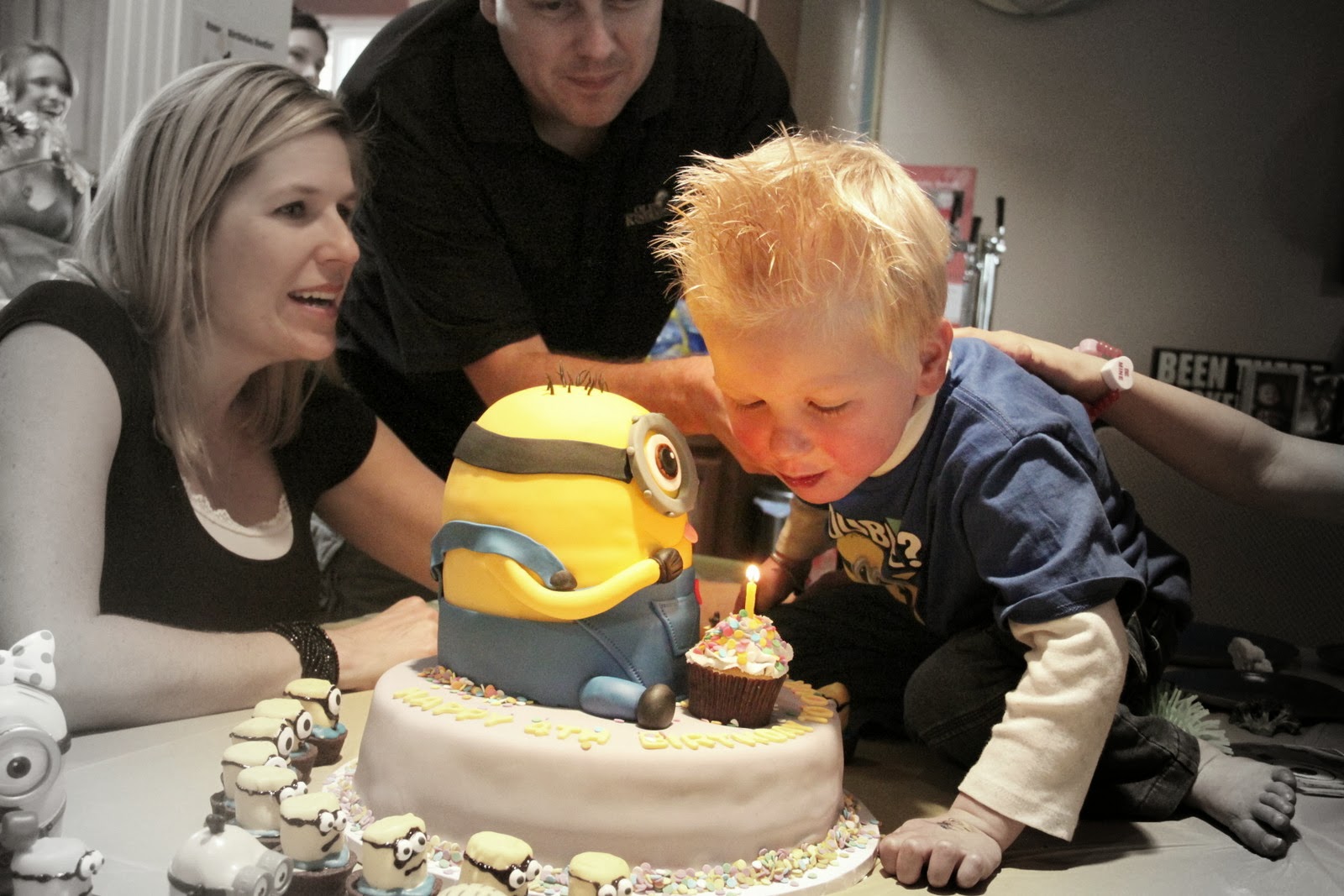 I should preface this post by mentioning that every.single.idea (yes, every cotton picking one) was stolen from someone else. I don't have an original thought in my head. Seriously, peeps, I'm an accountant - there's just no room for both creativity and numbers. It's one or the other, I'm afraid. Thank God for the internet. That's all I gotta say.

Anyway, check out this party! My kids are absolutely obsessed with Despicable Me and are quoting both movies all day long, so it was super fun to use it as our theme!

We pretty much did everything Minion we could think of, including overall decorations… 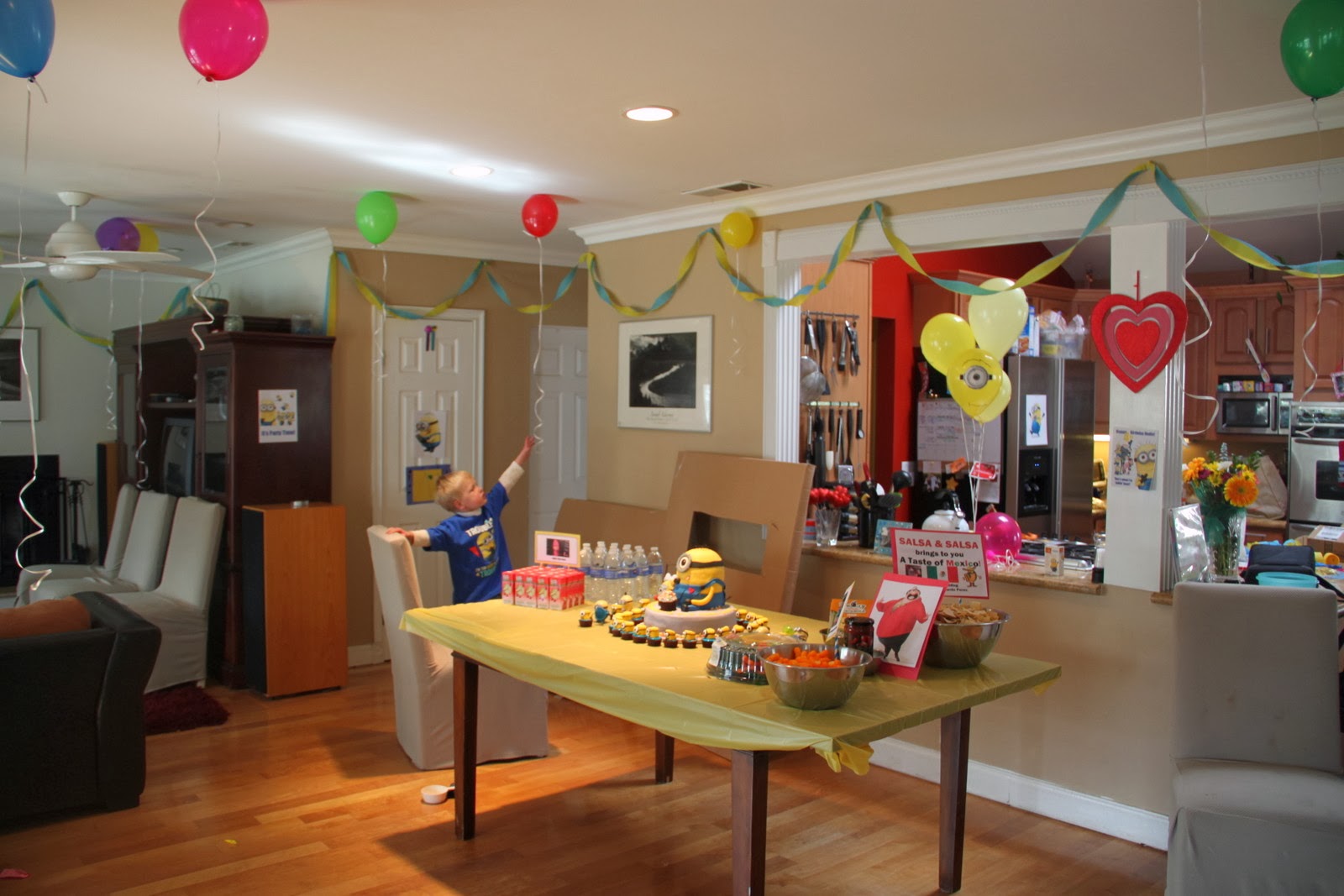 ...Minion balloons (Bodie about peed his pants in excitement over these!) - the kids helped draw the mouths and hair… 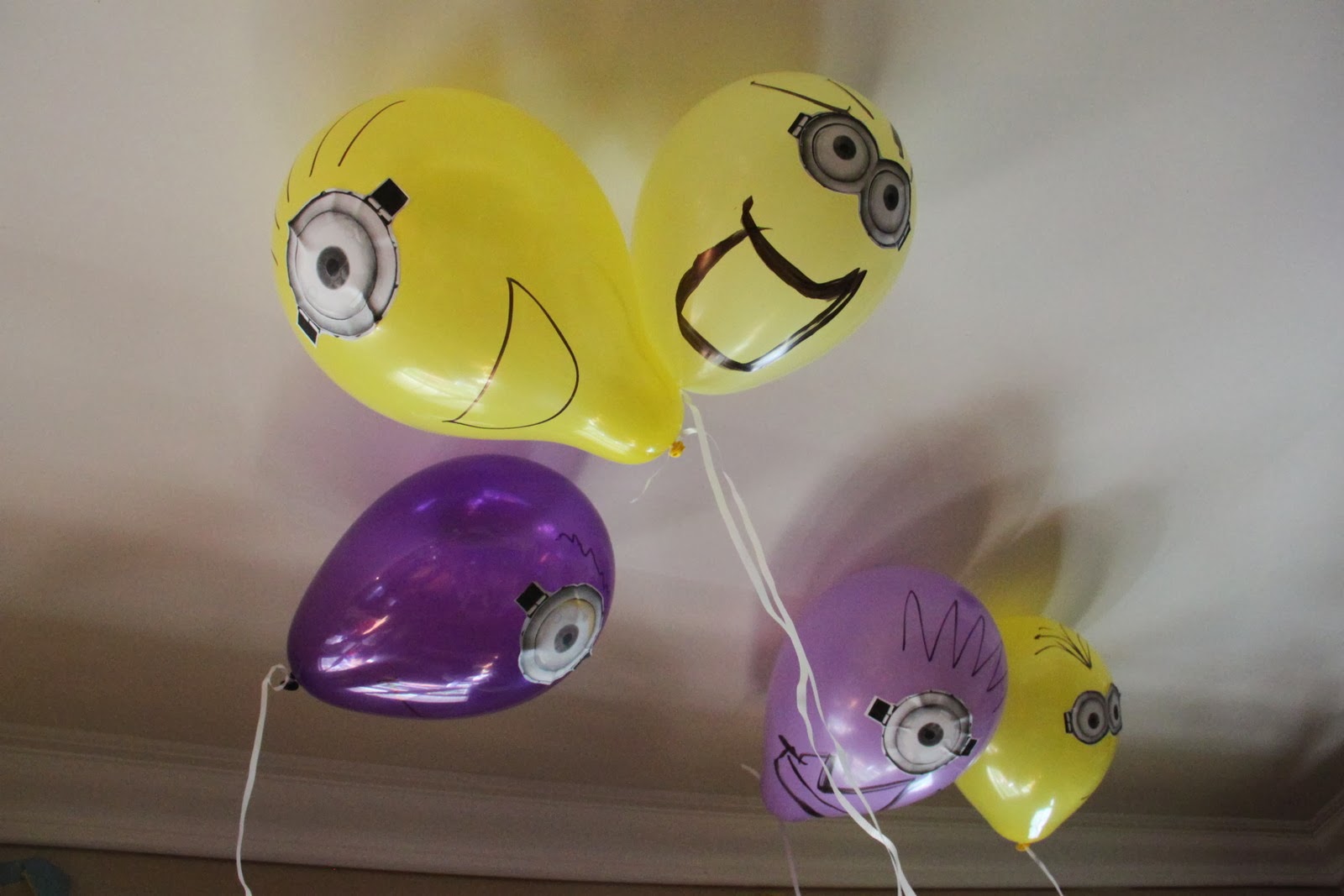 …Minion signs everywhere. Minions even made it into our wall of family pictures. 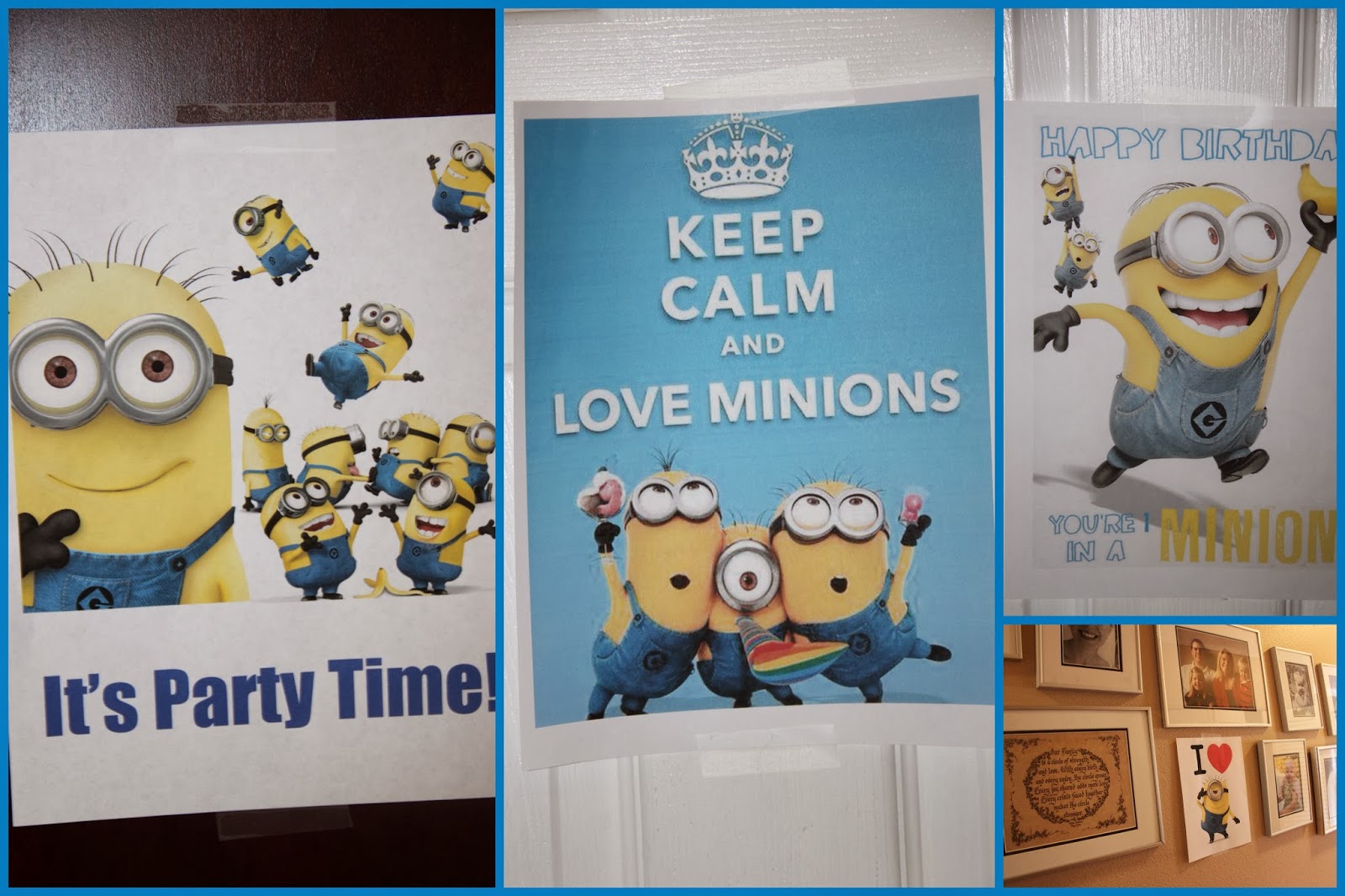 and on both the outside and inside of the bathroom door! 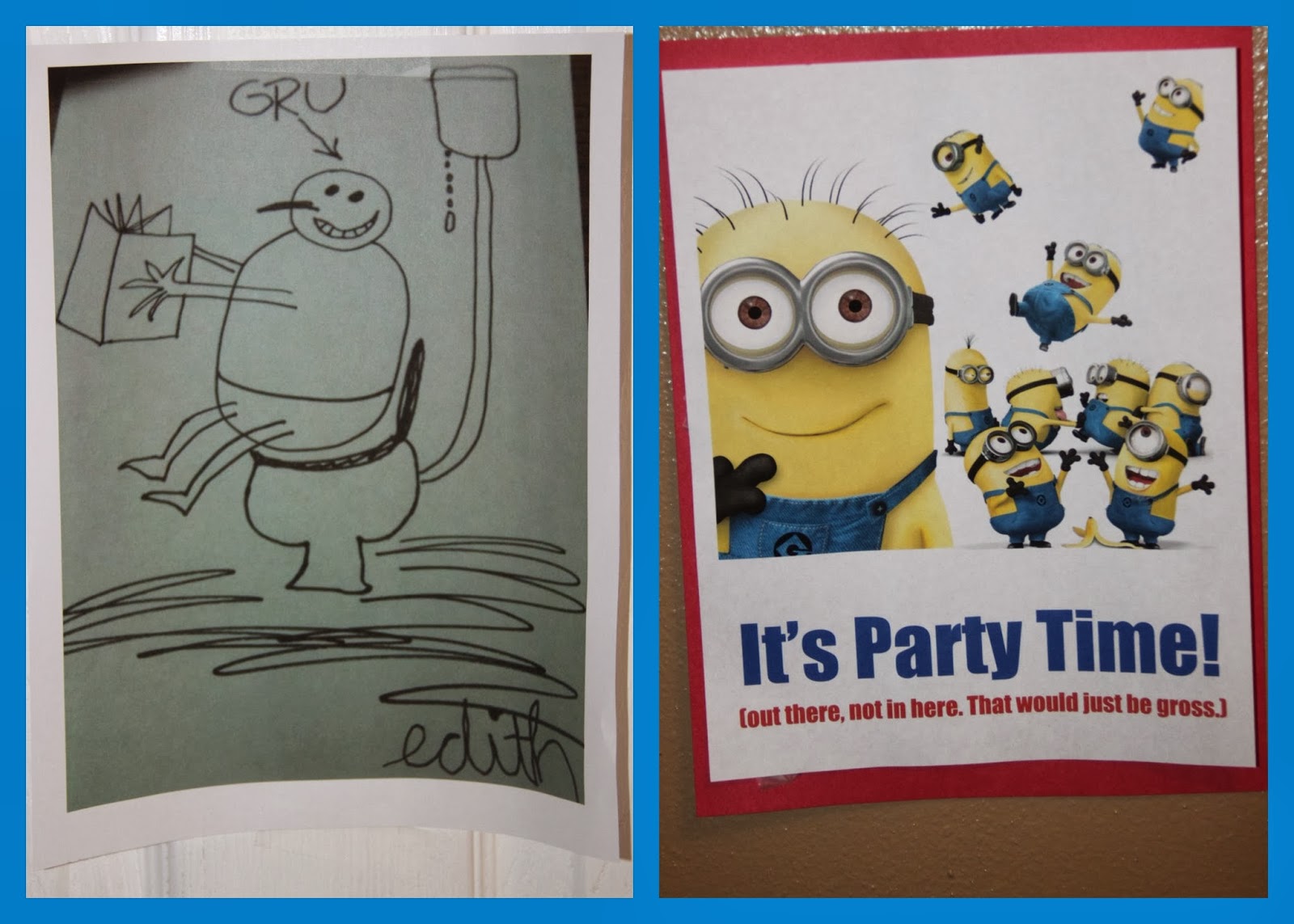 We had a Make Your Own Minion station, which the kids LOVED. It saw lots o action (it was totally worth the hours spent cutting out countless minion parts!) 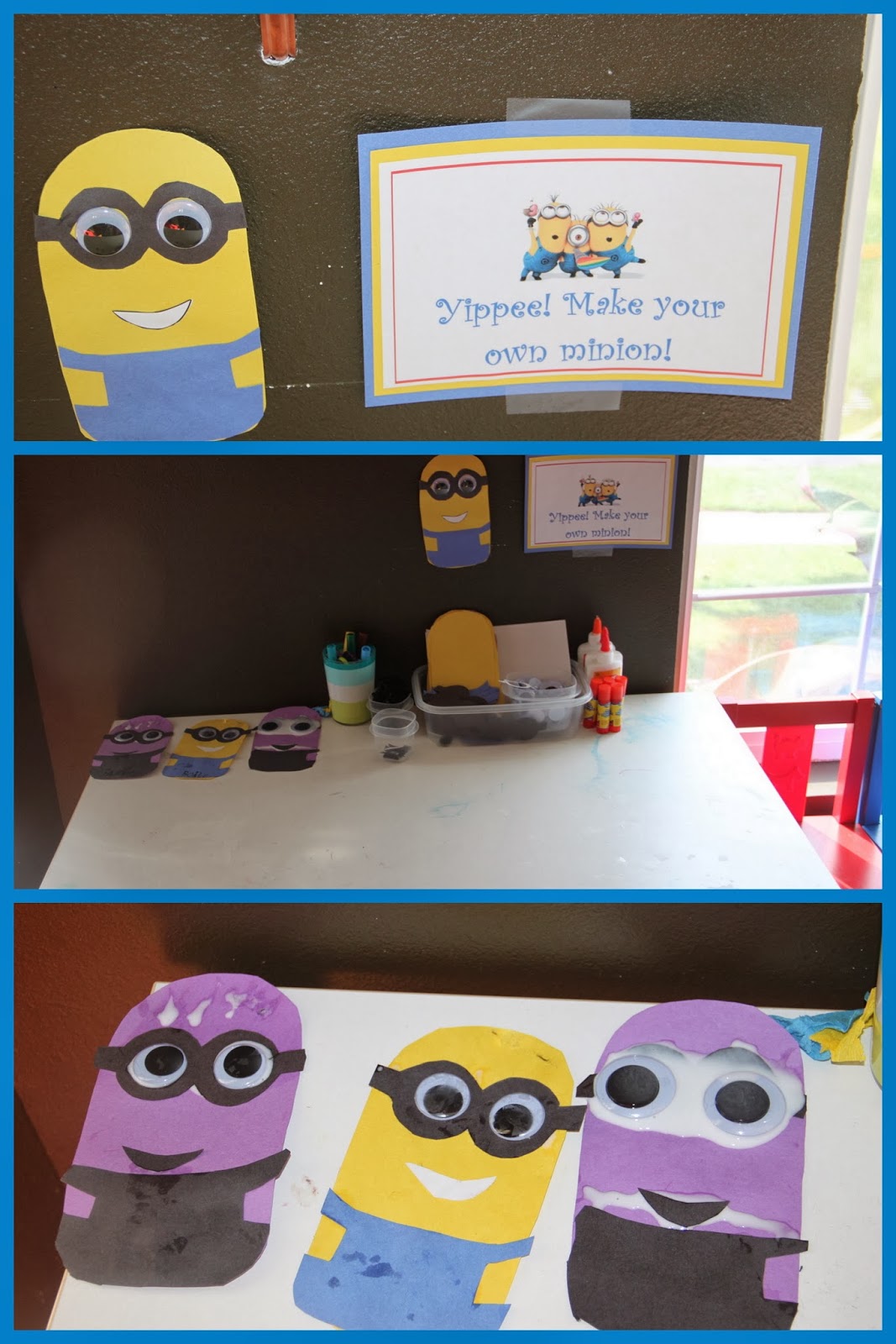 For food, we had "caterpillars which will never become butterflies" (cheese puffs) 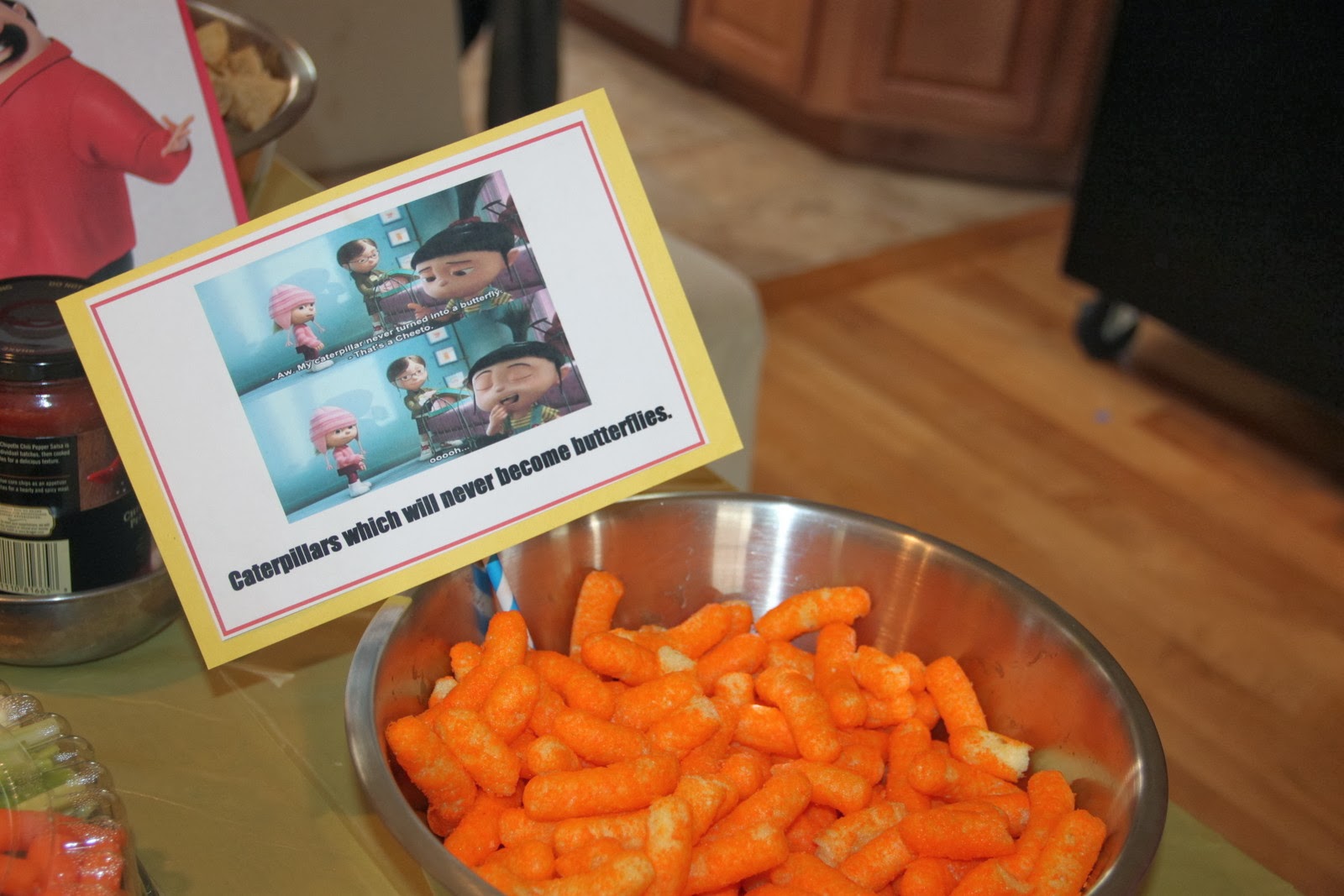 Chips, guac and salsa, brought to you by "Salsa & Salsa" 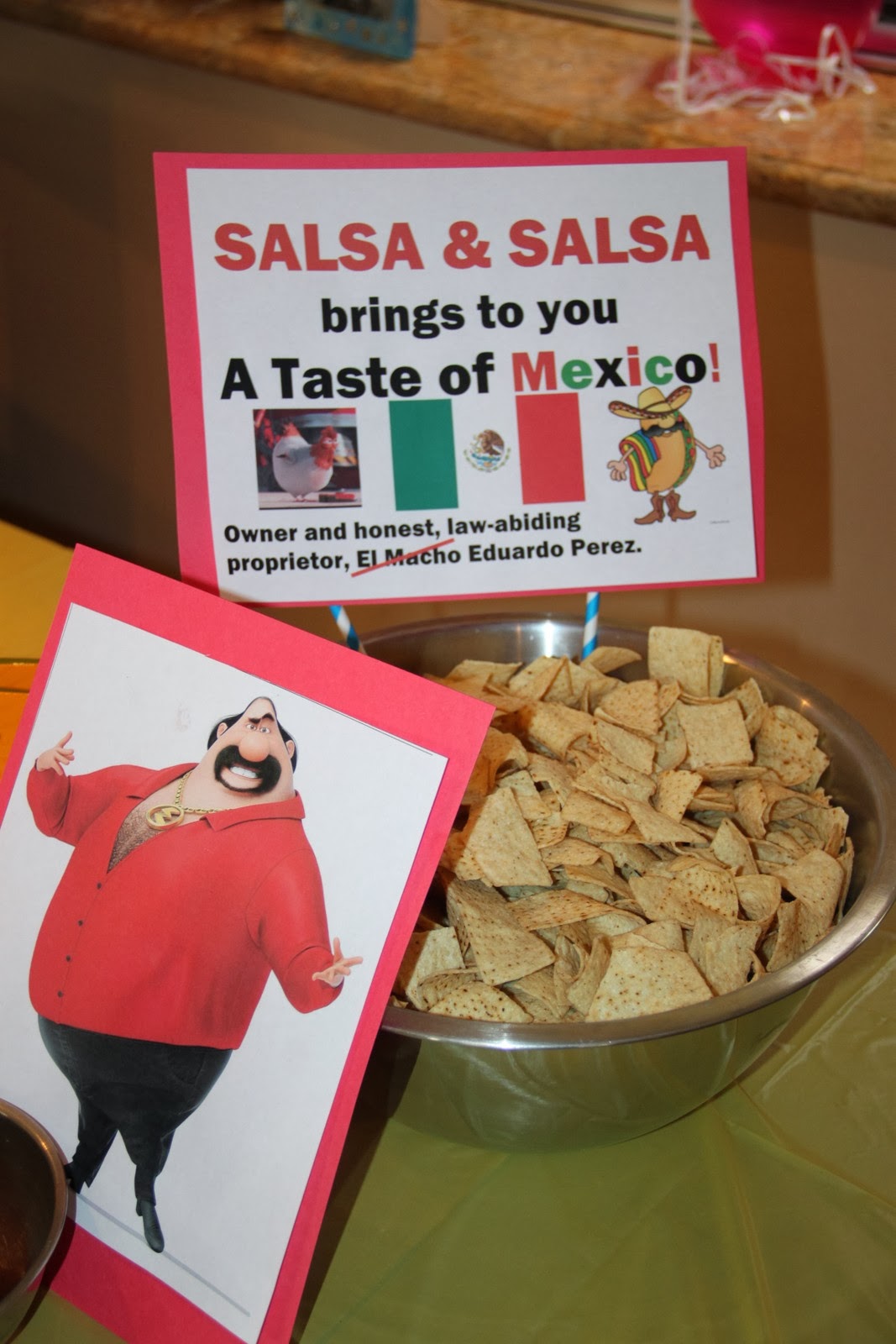 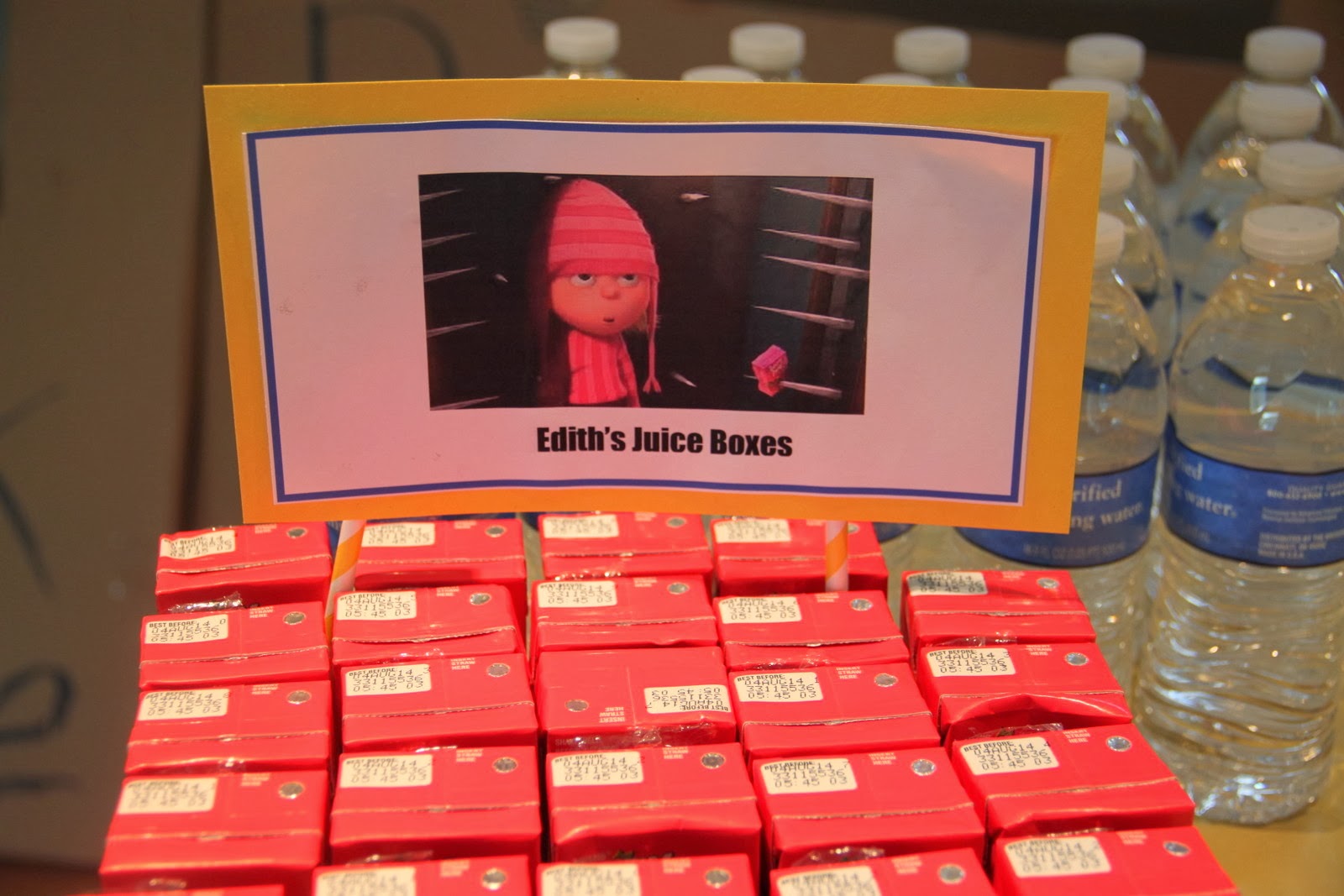 We also had that amazing cake and marshmallow brownie things which the kiddos LOVED. 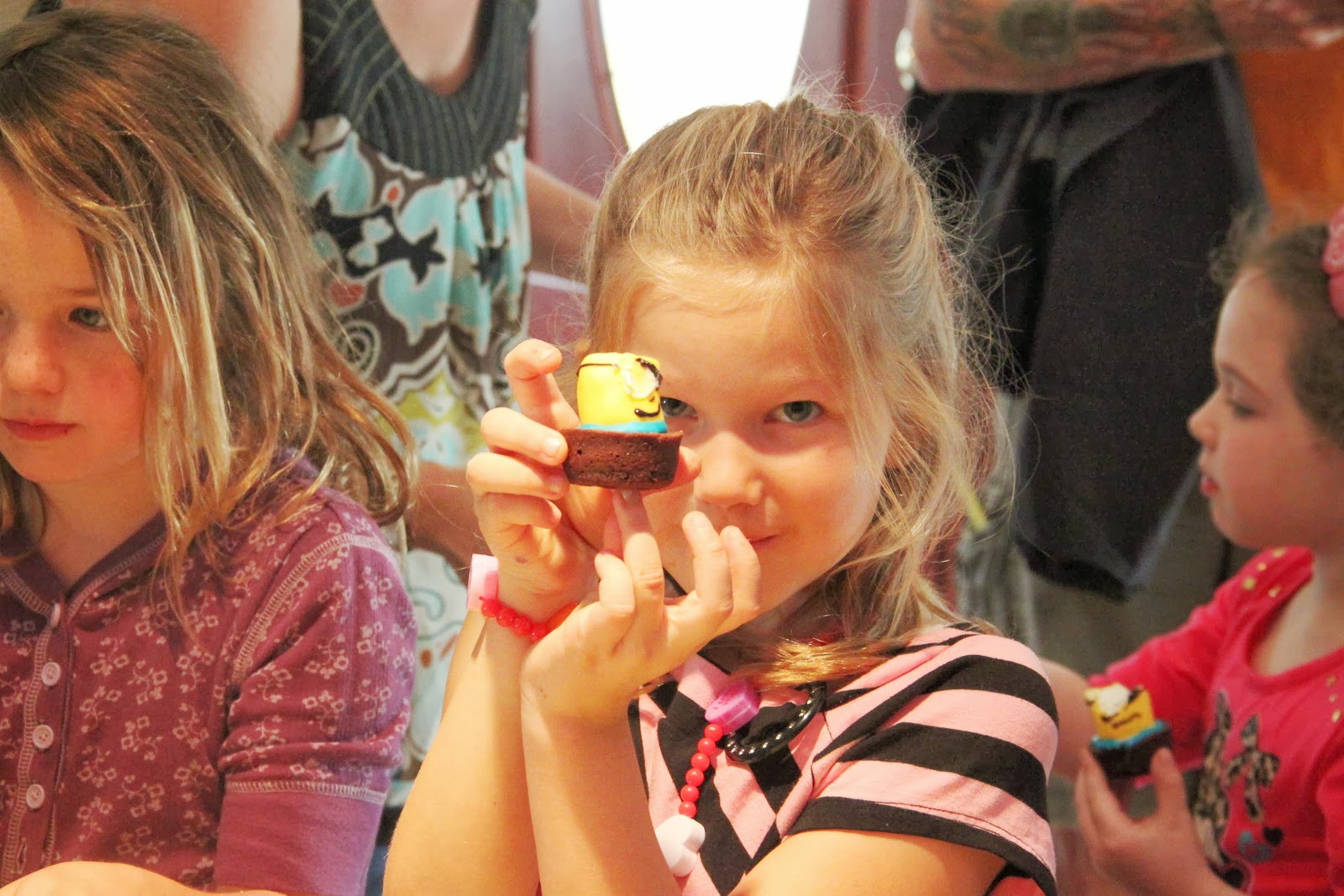 We played "Pin the Goggles on the Minnion," which turned out to be super cute. 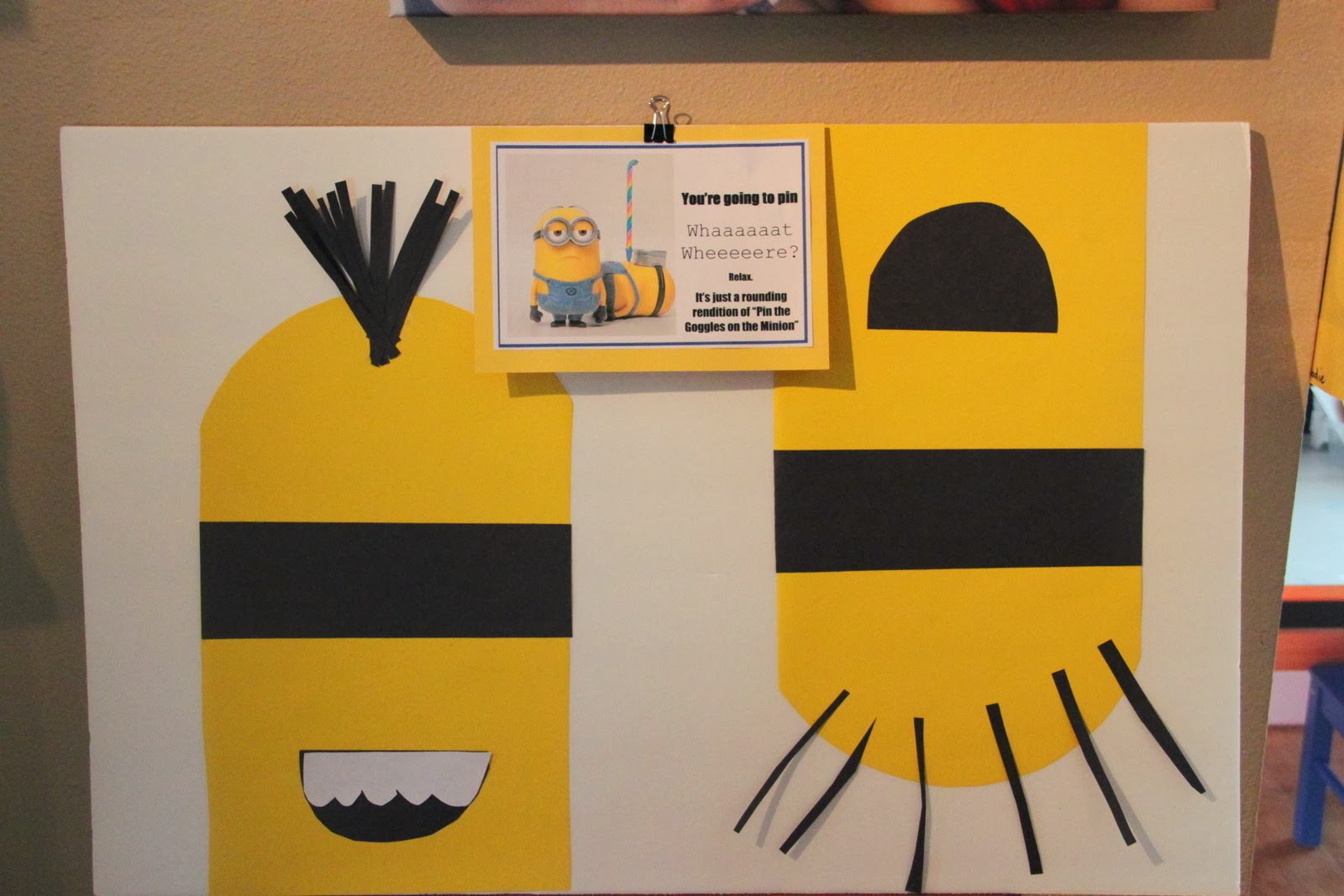 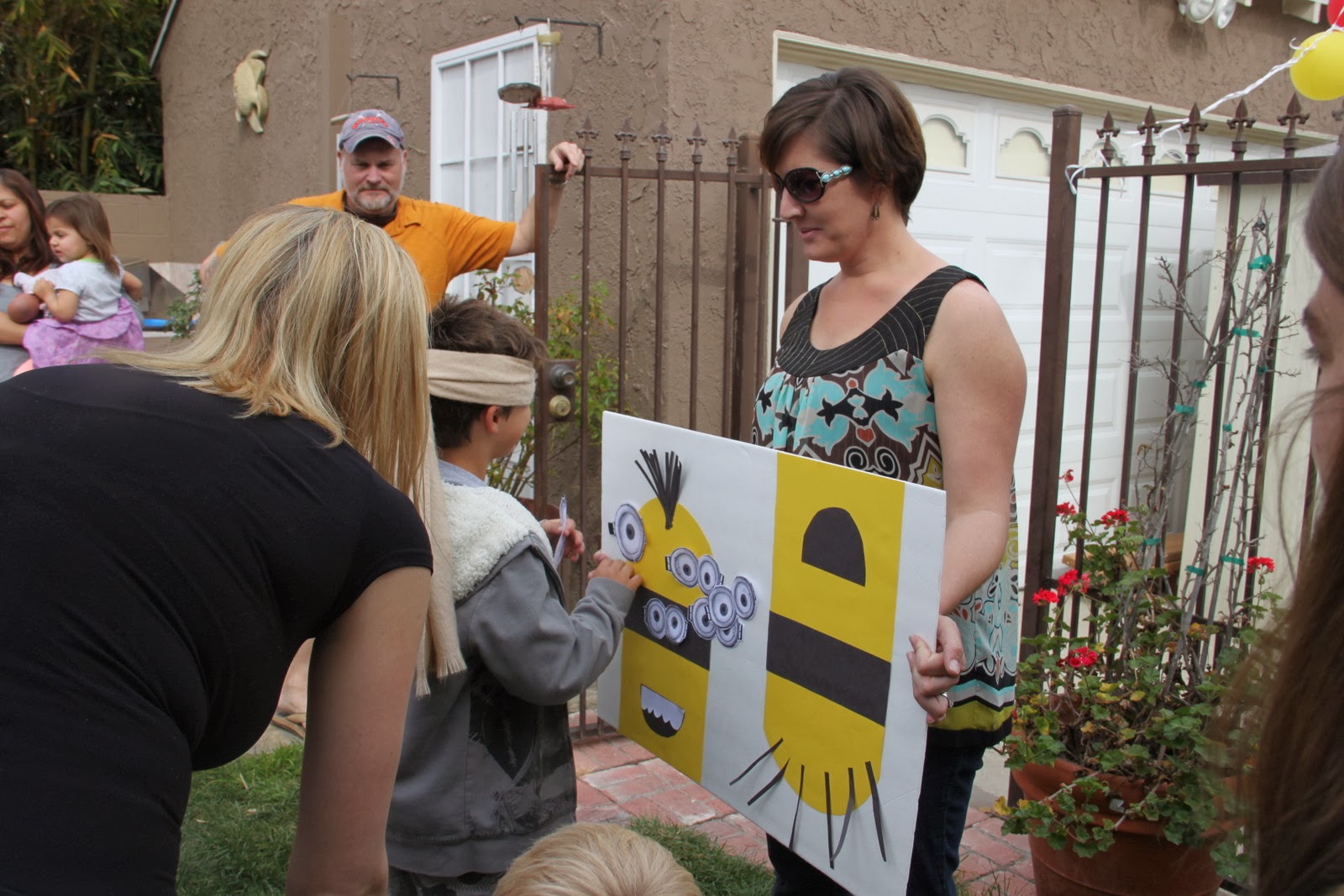 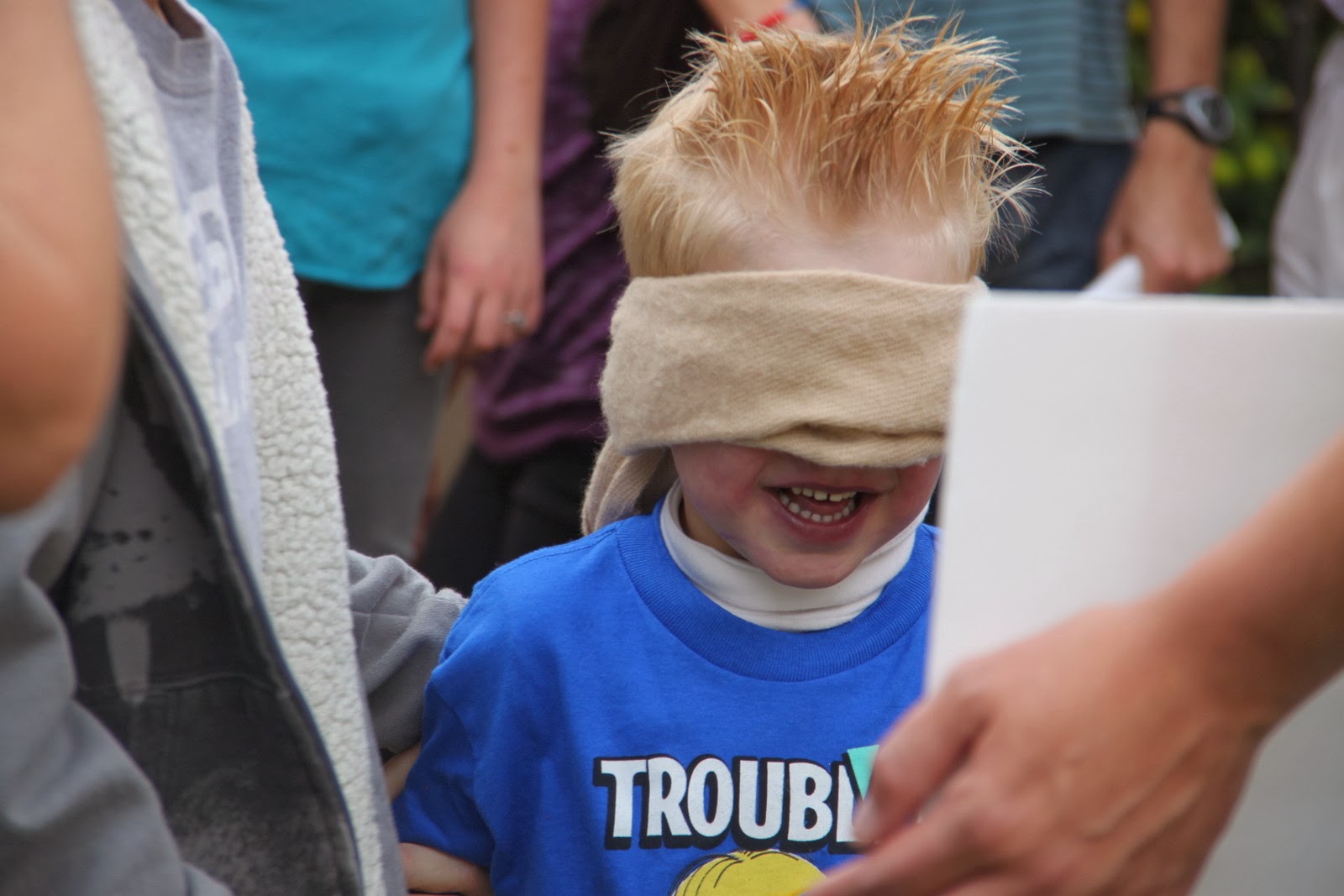 I will say, in talking about what a "fun and easy" game this was to create, Pinterest didn't mention the part where my almost 4-year old would be thrashing around on the ground, sobbing, because his eyes were covered and "I can't see, mama!!!!!" Pinterest FAIL.

Thankfully, both the
Box of Shame 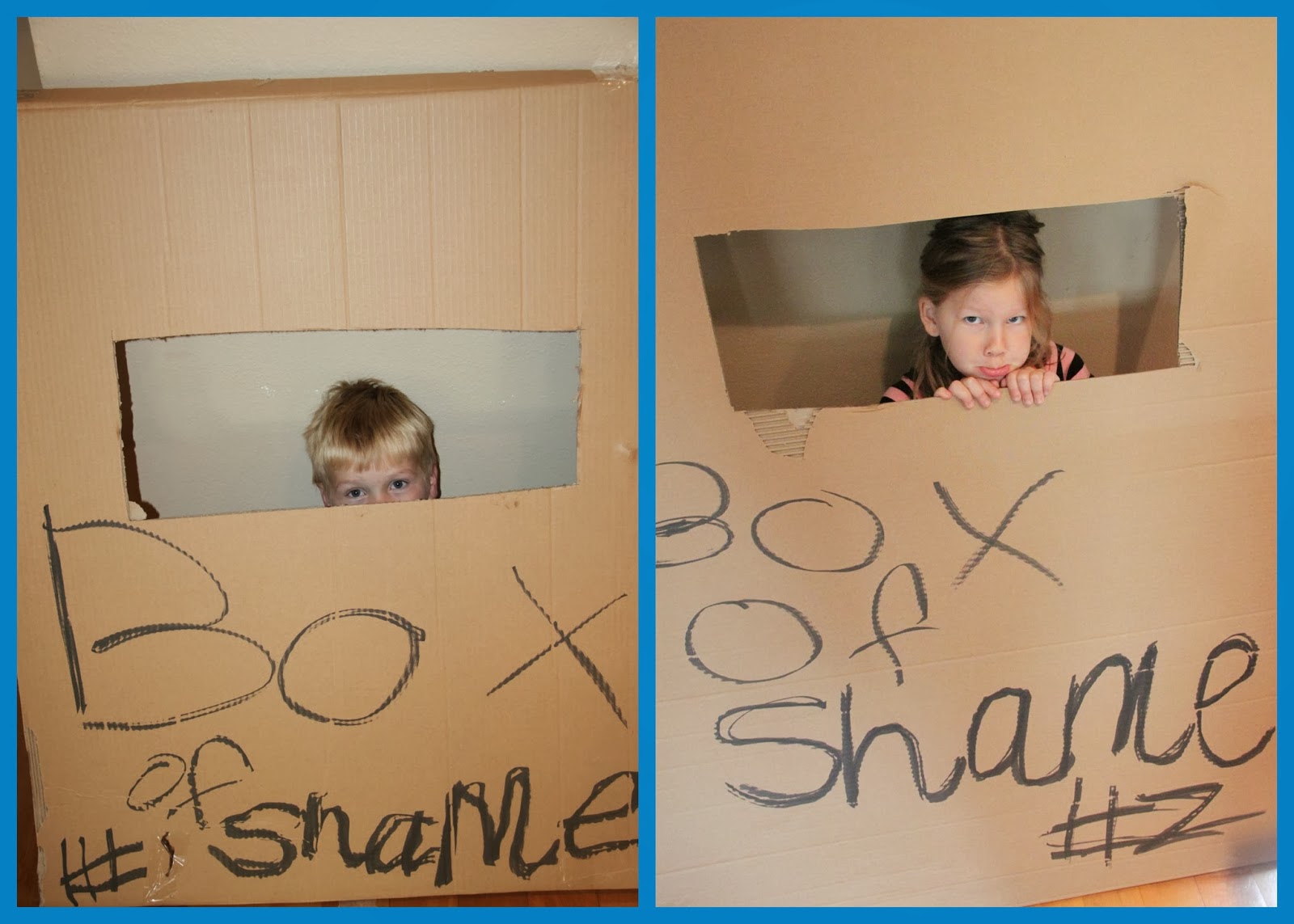 and the Piñata were bigger hits. (but seriously, why does it take so.stinking.long. to break open a dang piñata??? I swear paint was drying somewhere faster than those kids were taking down that piñata!) 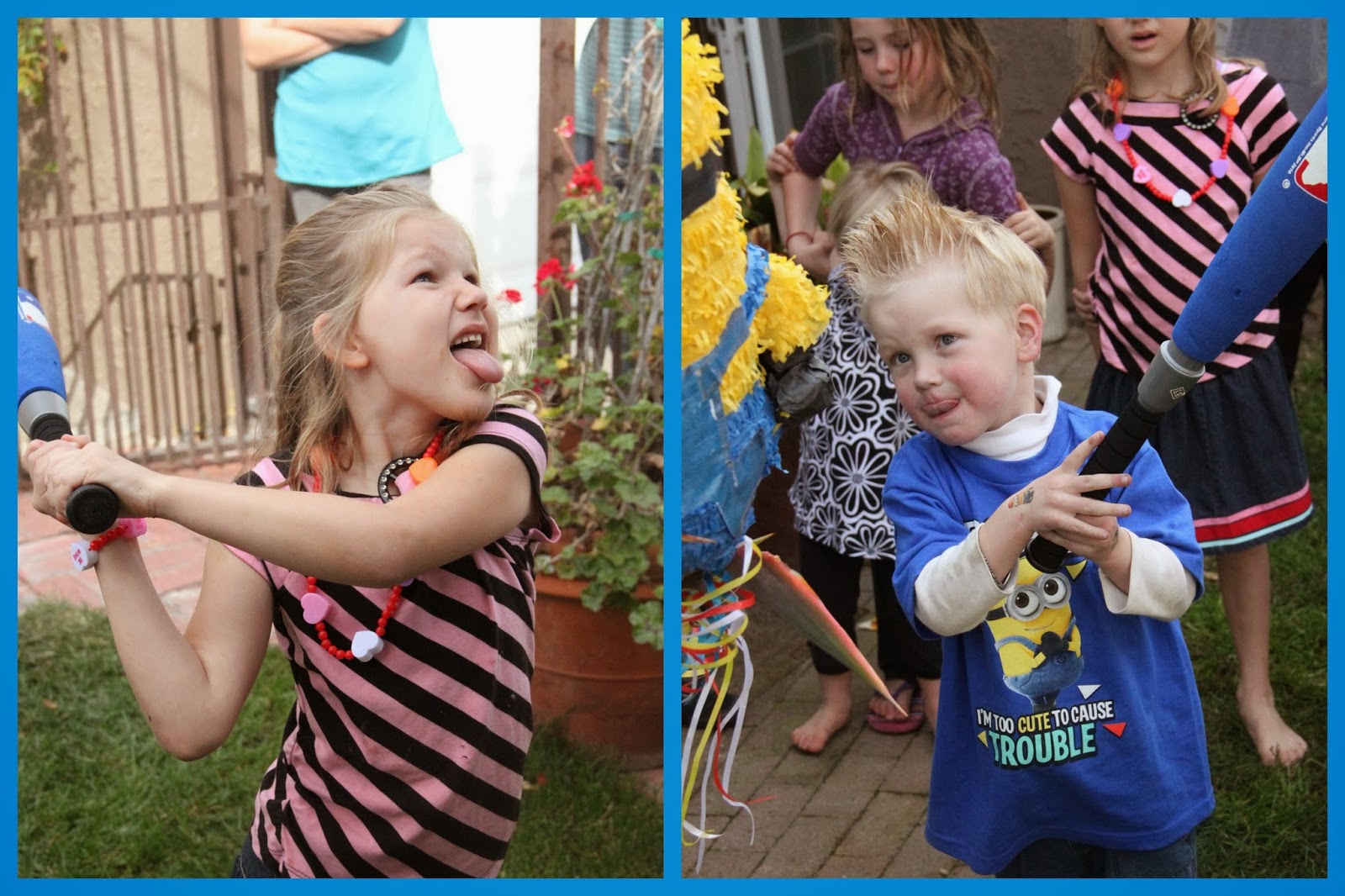 (Yeah, I'd say there's not much room for doubt that these 2 are related!)

But, in true kid style, they played the games for about 30 seconds (well, except for the aforementioned Piñata) and then destroyed the kids' bedrooms for the remainder of the party. That's ok, they had fun, which is all that matters!

Bodie's 2 best (ok, only, but they're cool, so we're good with that) friends were able to come: 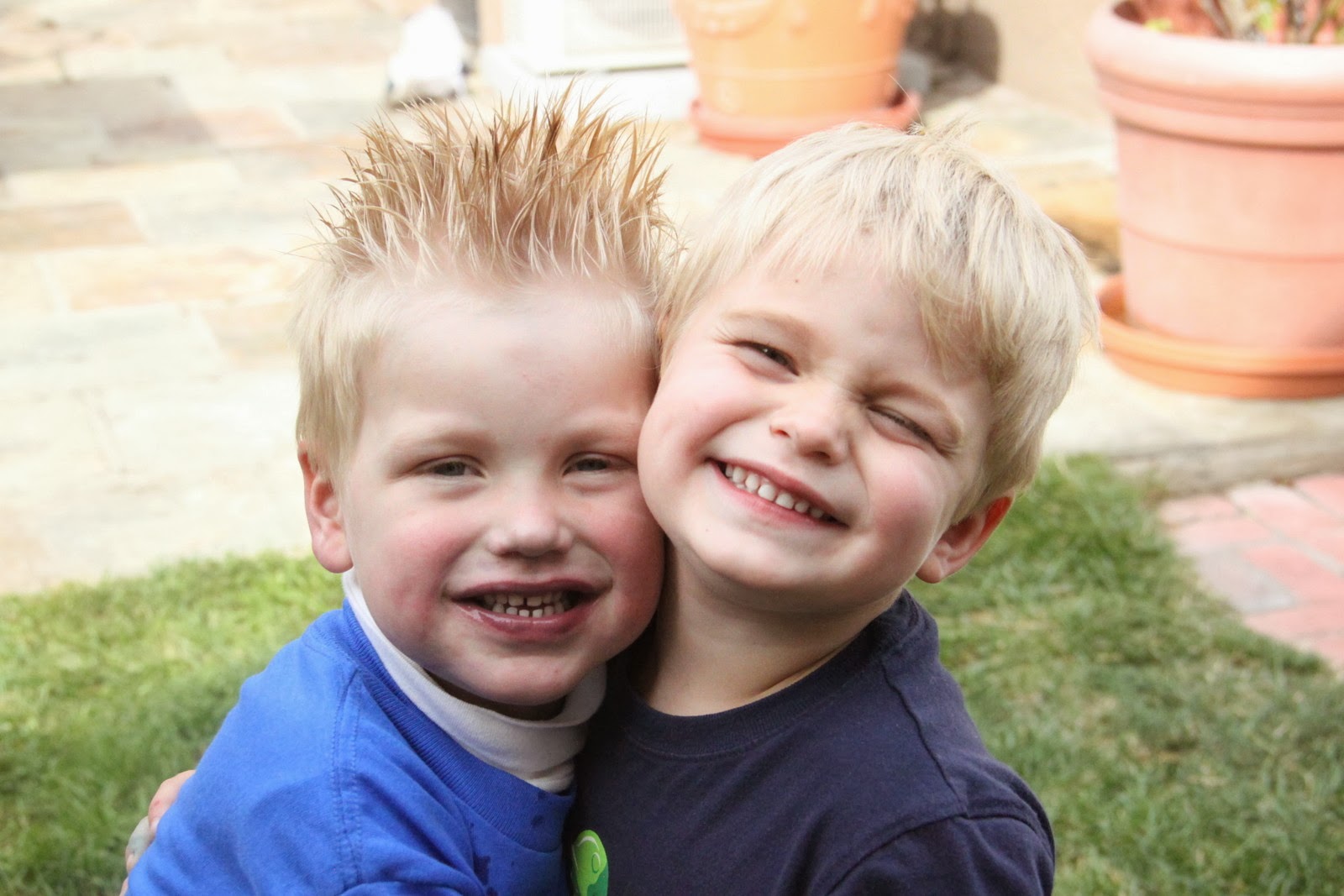 (They say everybody has a Doppelgänger. Meet Bodie's.) 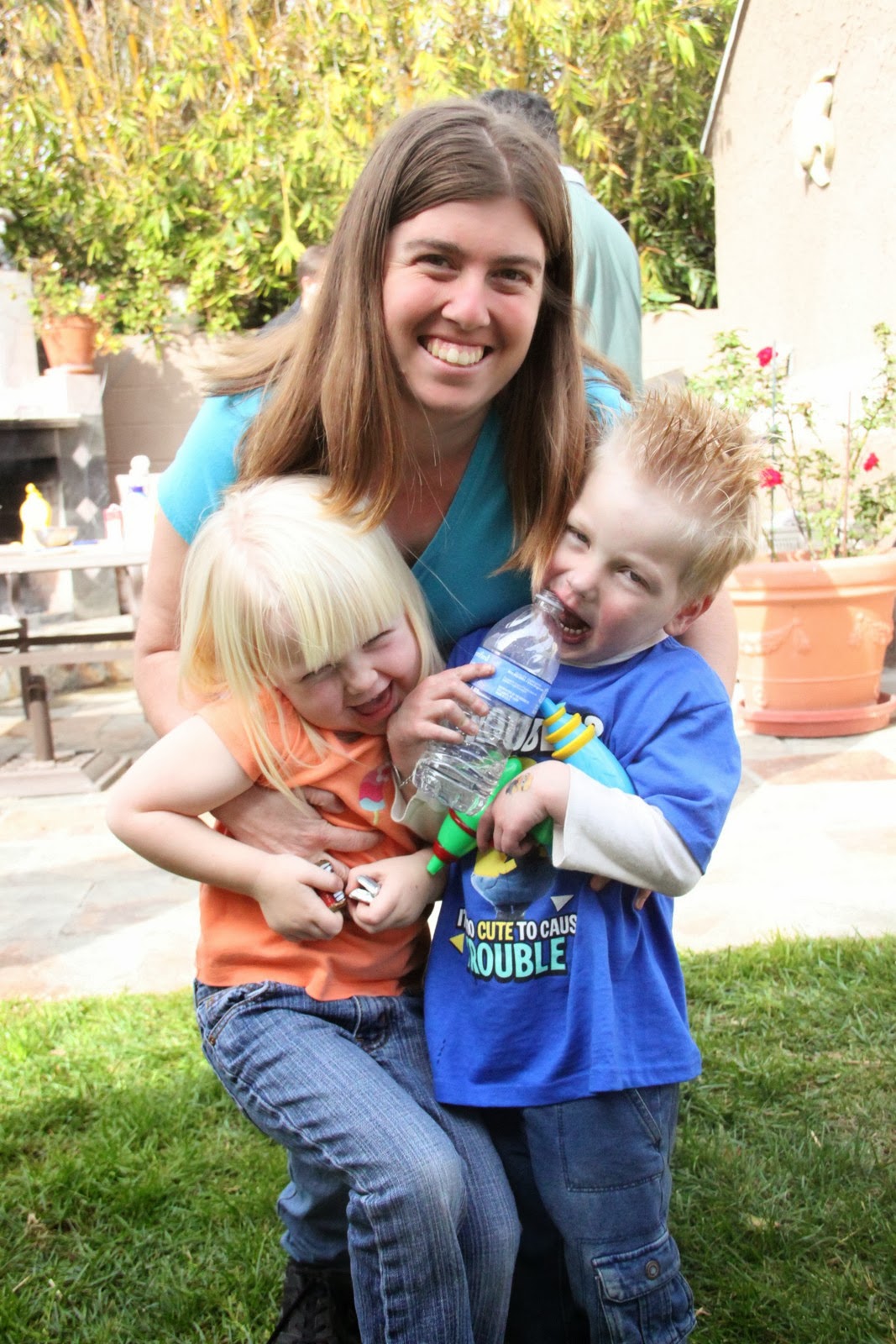 (kiddos were being held by Teacher Chelsea, who was one of Bodie's Teachers at his developmental preschool and has continued to be his teacher at his current preschool. She's moving on to a new school next week, but we feel SO blessed that she has been Bodie's teacher as long as she has!)

For favors, we had "minions" (twinkies) and "Vector's squid launchers" 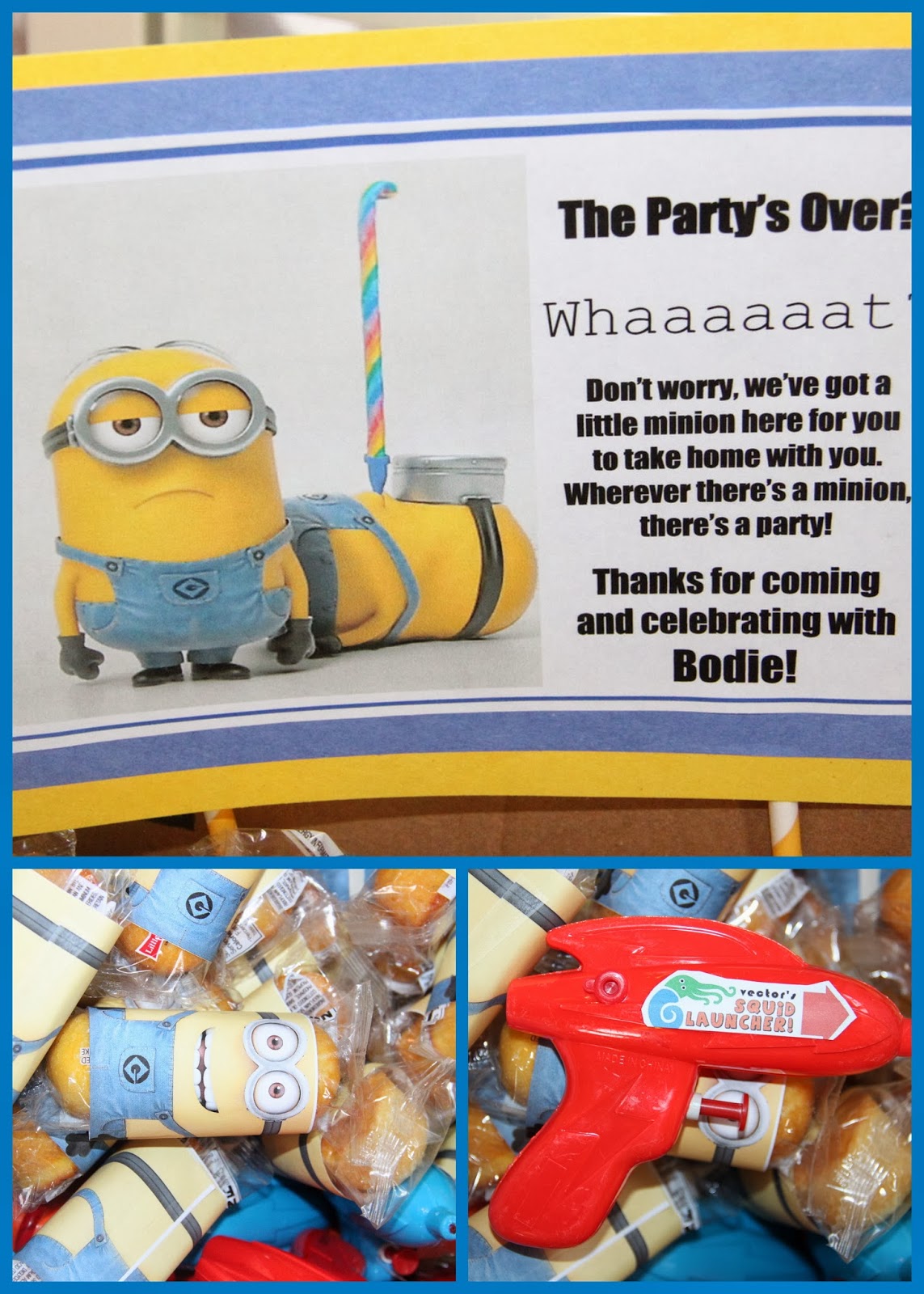 And, finally, I will leave you with one of my favorite parts of Bodie's birthday parties - the picture of heart kiddos in attendance! We actually would have had 6 more CHDers there, were it not for nasty cold and flu bugs keeping their families home. Darn cold and flu season. :-( But we had lots of fun with
Connor (such a LOVE), Barbara, Bodie and Townes - and Jeni, a 28-year old HLHS survivor!!! 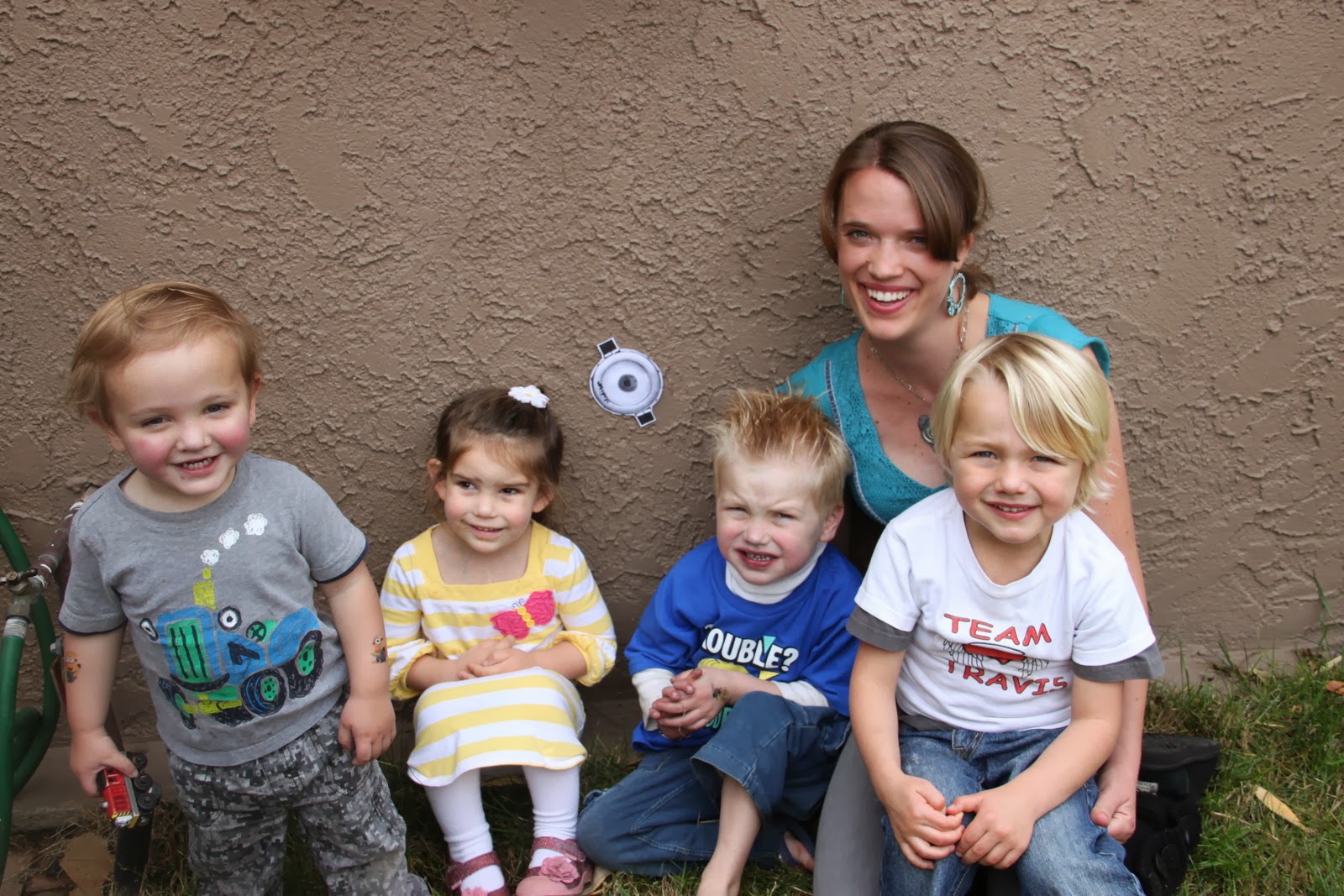 (I'm not sure how many open-heart surgeries there are between these 5 amazing peeps, but I'm guessing around 15 or so! WOWZA! Talk about miracles!)

I have such a fondness in my heart for these 3. Barbara was Bodie's roommate after his Norwood and Townes was the first CHDer we met in person - and has been a constant source of hope and friendship for our family! I love that these kiddos have been in Bodie's birthday picture every year. 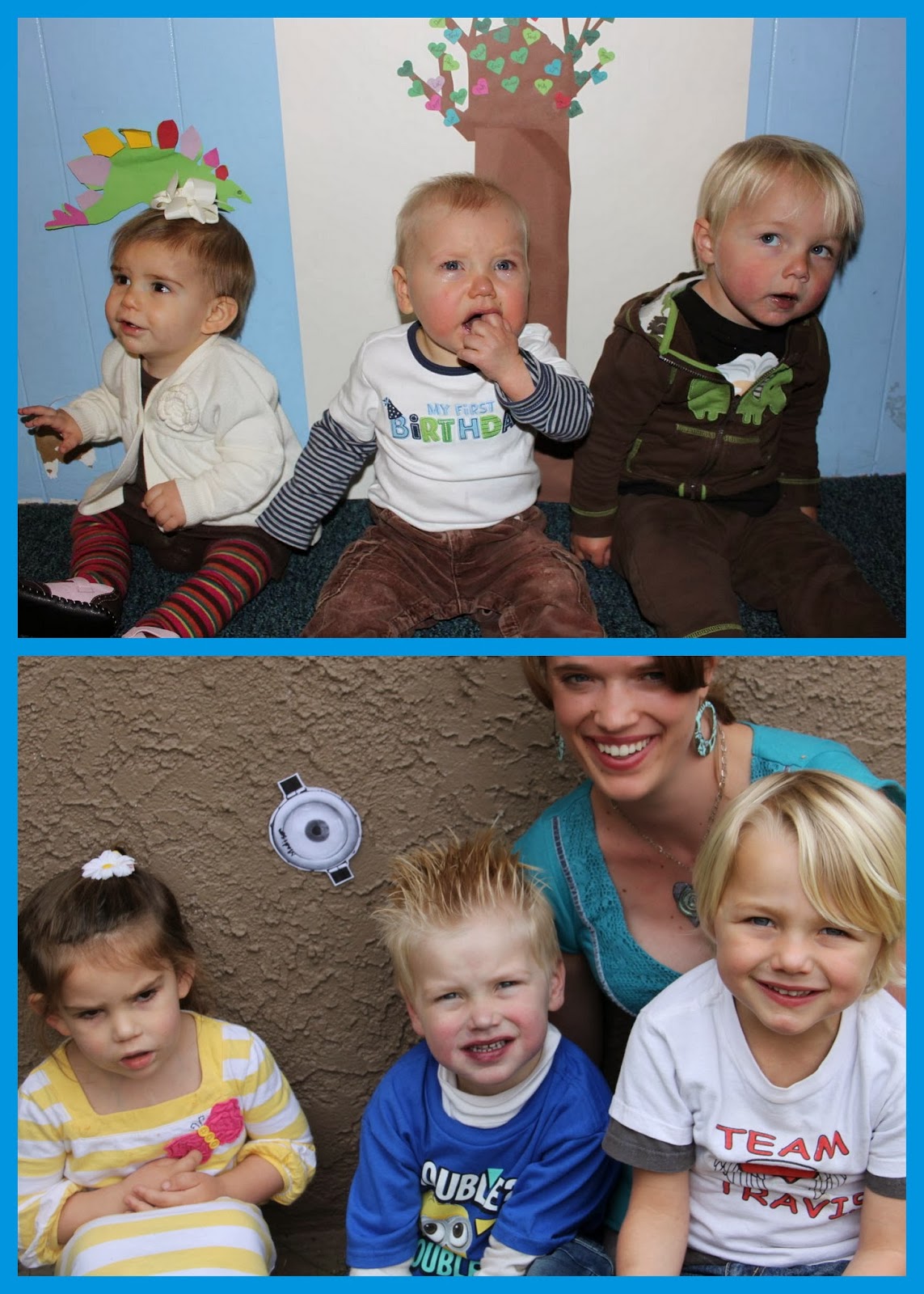 Happy Birthday, Bodie! We love you SO much!

P.S. Thank you for picking Minions for your birthday party instead of water buffalos. Seriously. Thank you so much.