The kids and I got back yesterday from an awesome weekend up at my parents. 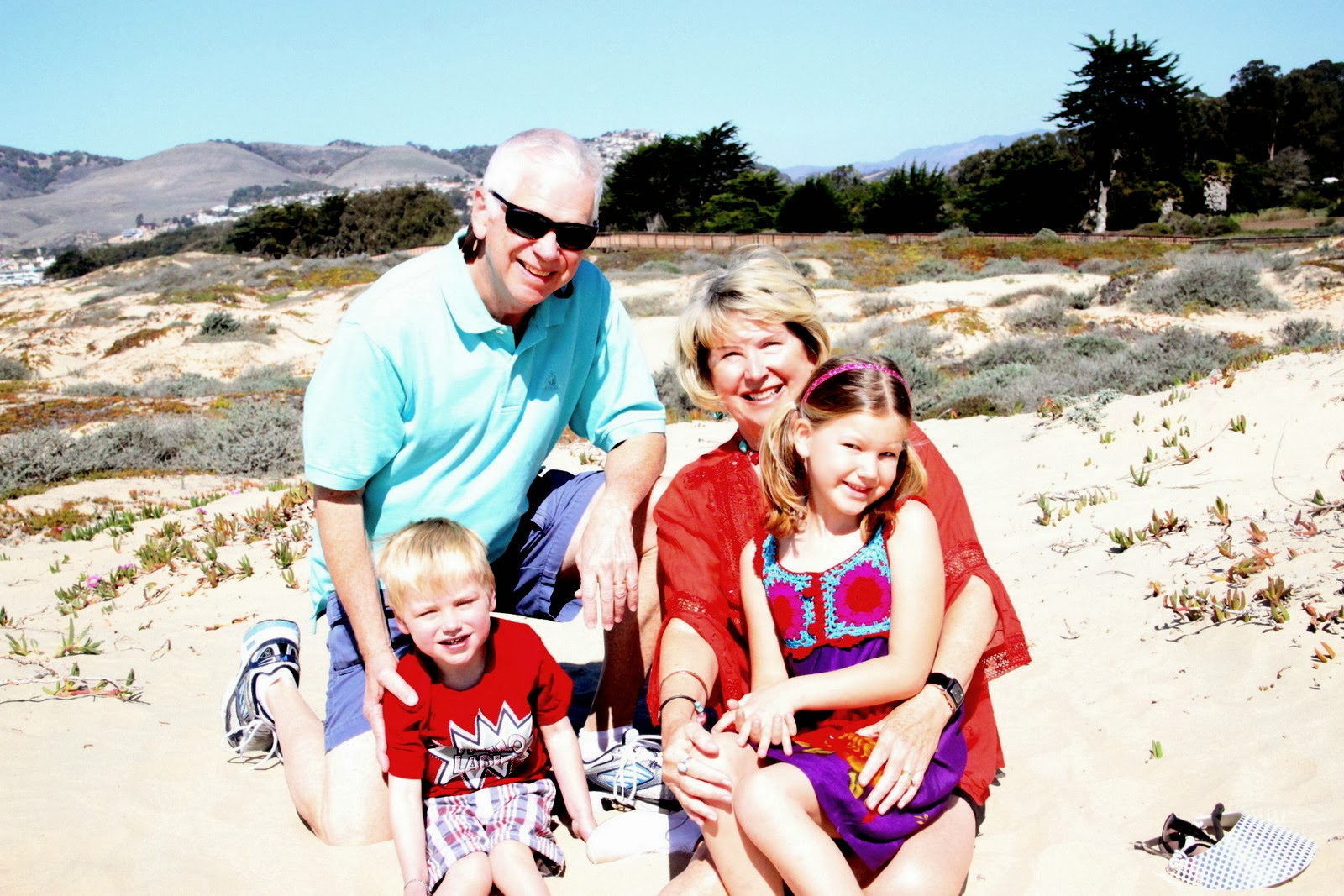 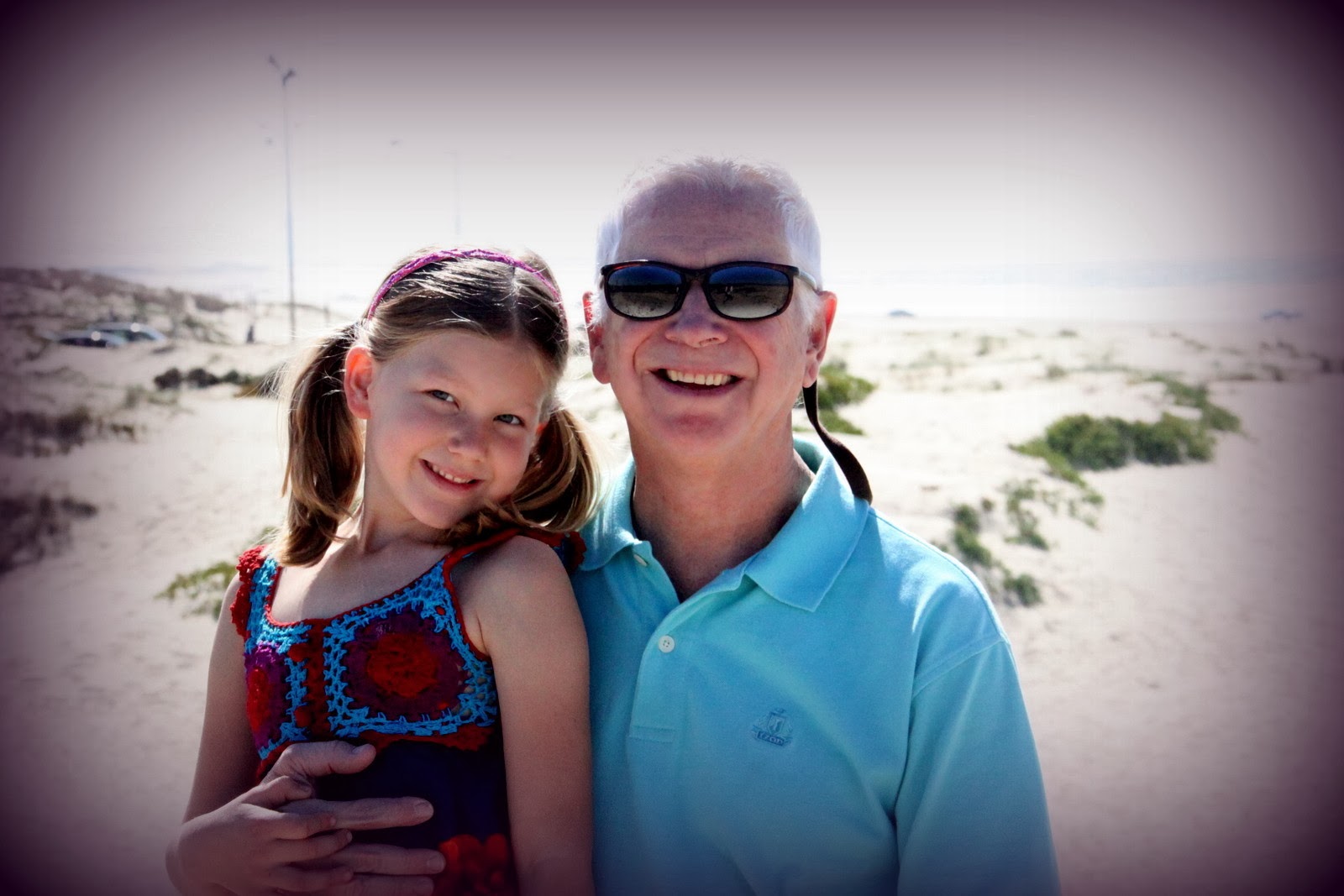 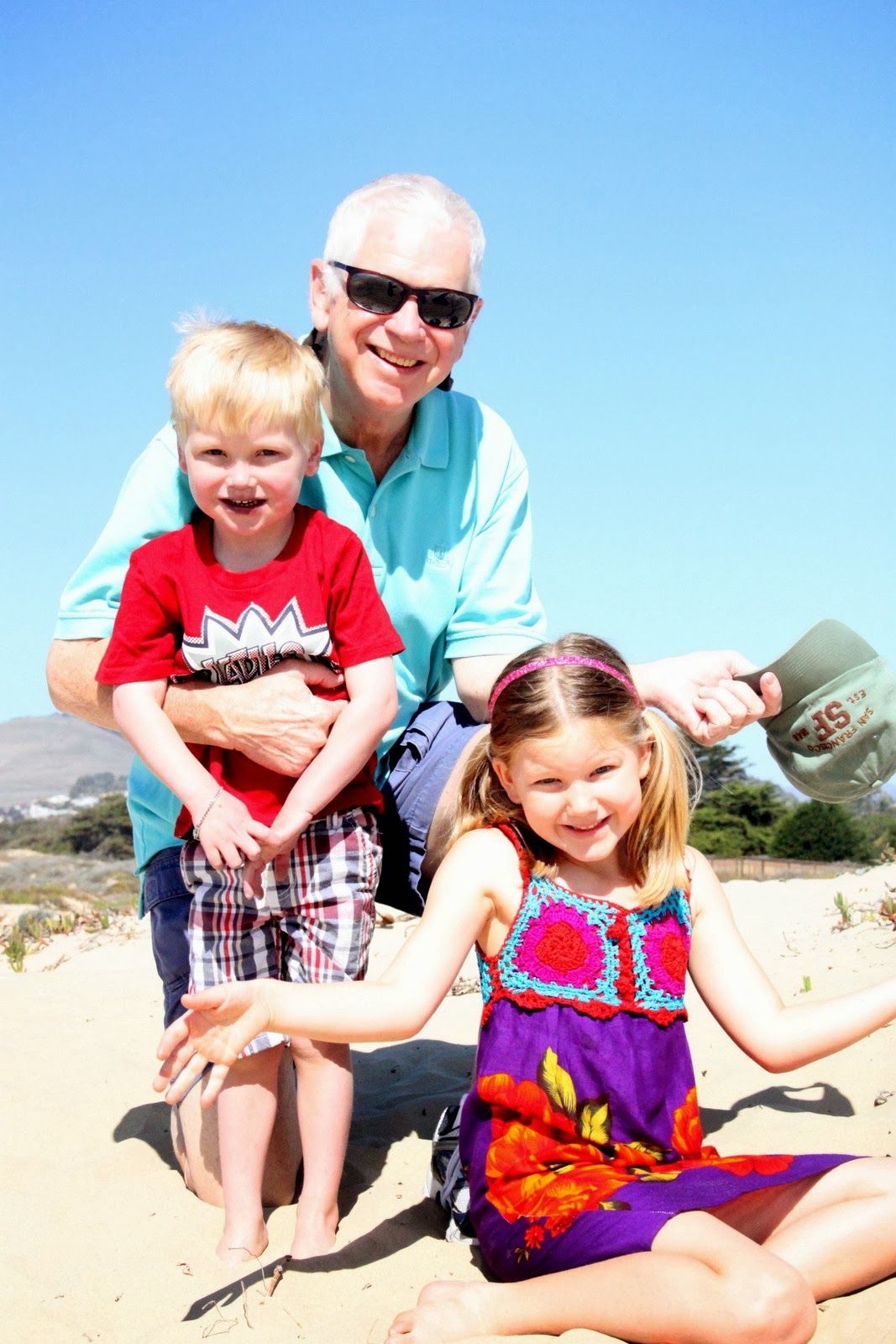 ...could you die from the cuteness in these kiddos? Cause I sorta could…(yeah, yeah, yeah - I know I'm biased)... 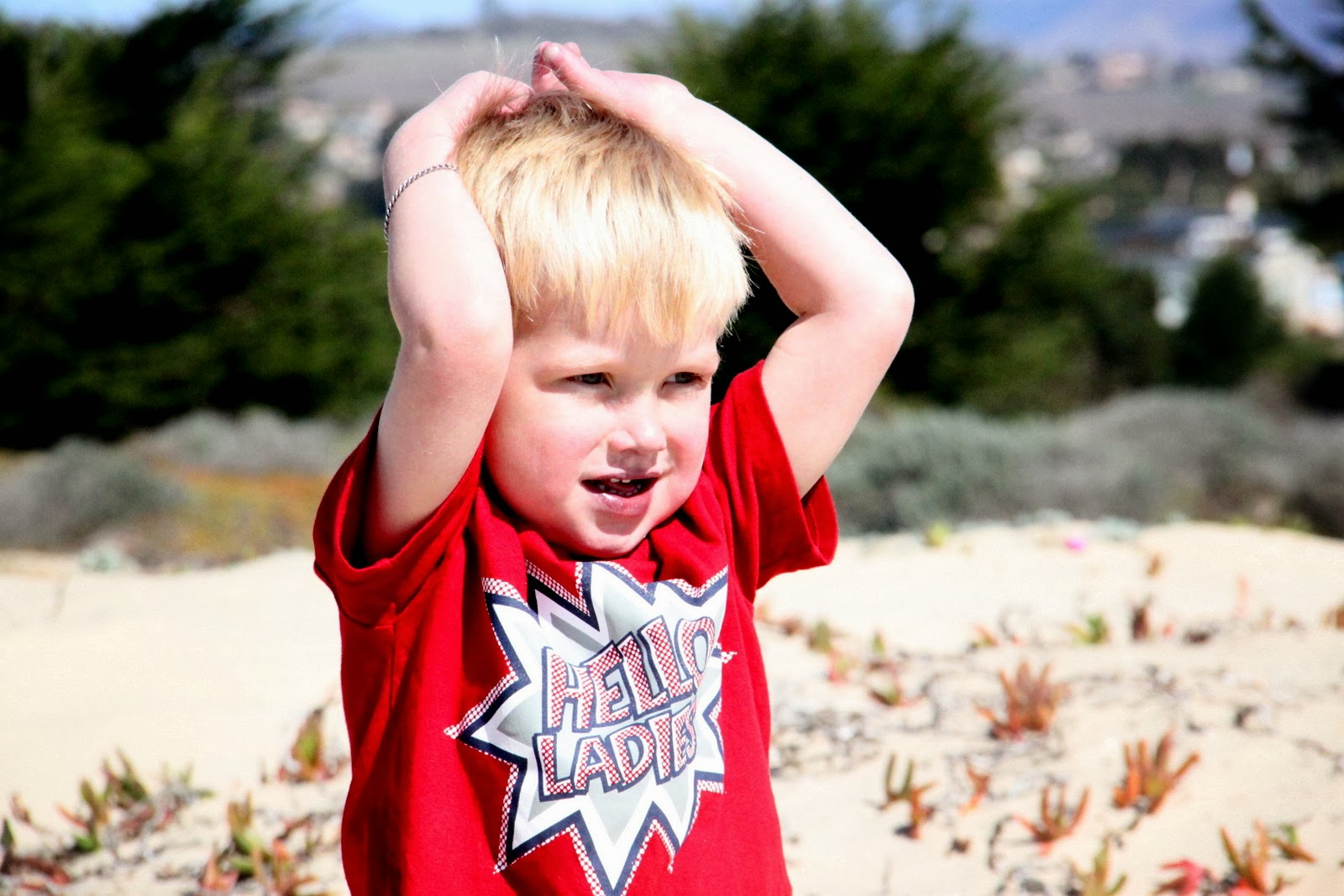 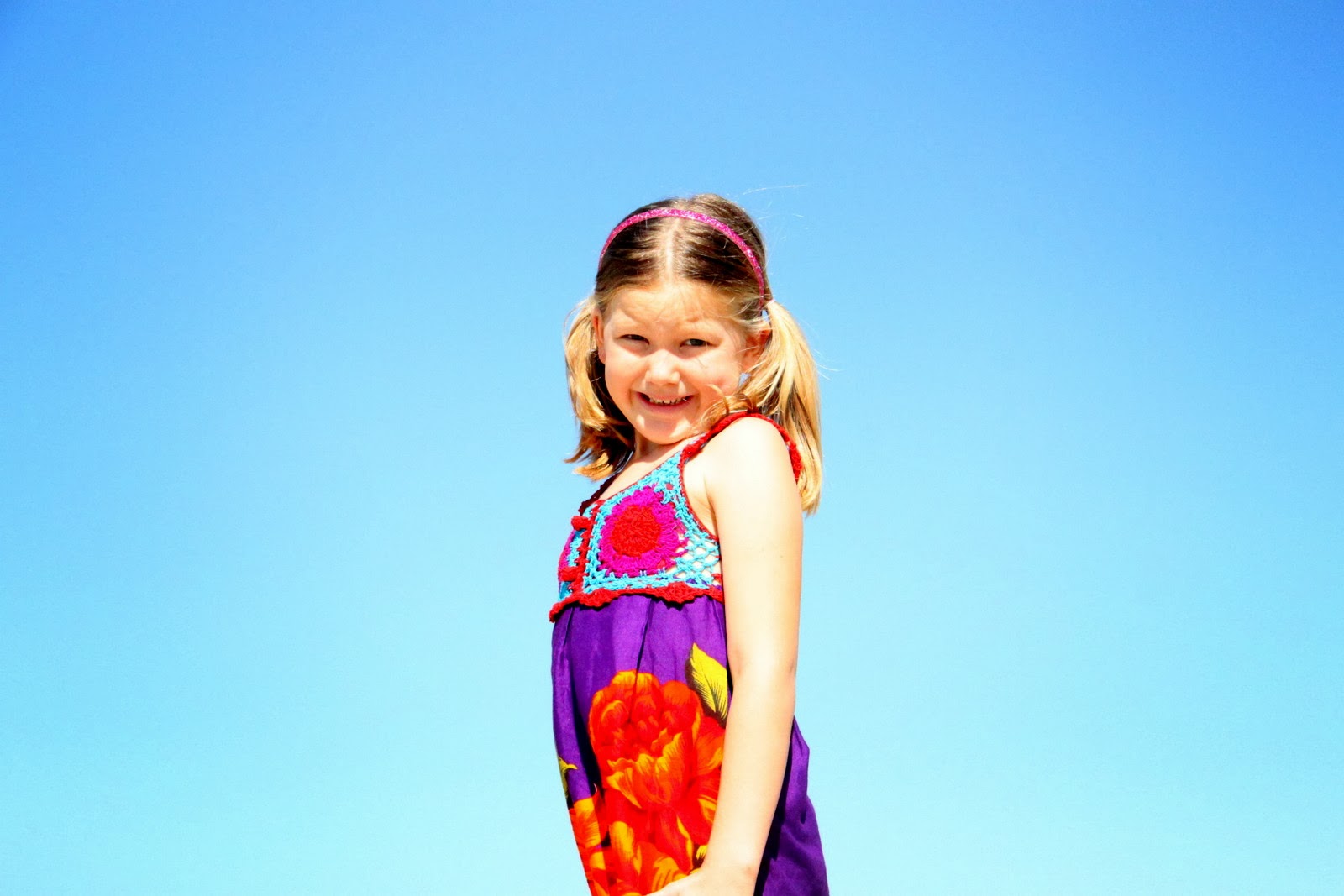 And then, we got to go to dinner with some pretty special peeps.

During the course of Bodie's journey, we've have the pleasure of meeting some pretty incredible people. People who might never have crossed our paths were it not for Bodie's heart. These two are at the top of the list of favorite people we've met that way. 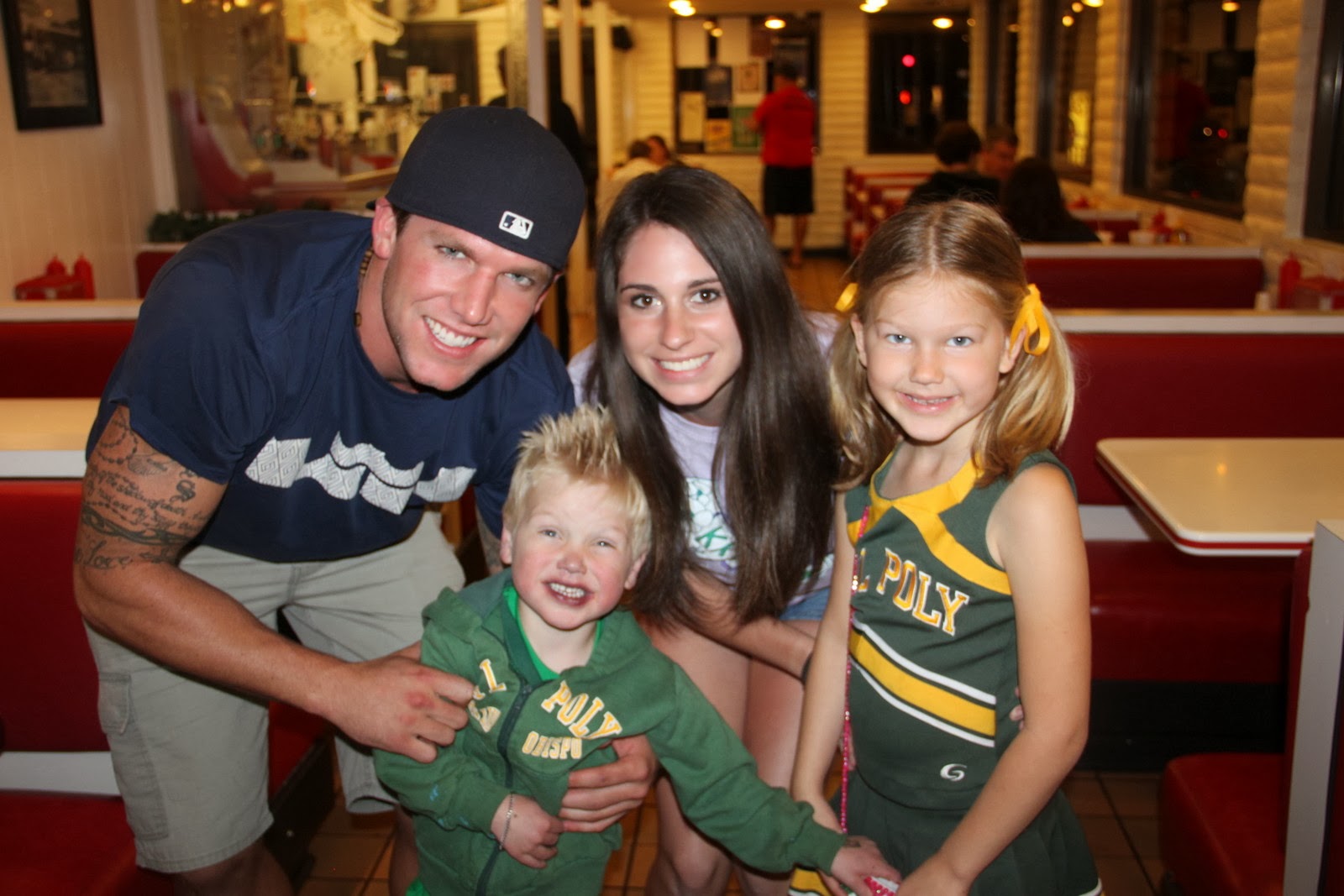 Cole is a football player at Cal Poly, and is the one who walked with Bodie down the hill when Bodie was the honorary captain last Fall. And Katie is a sports writer for the Mustangs. We got to know them last Fall and have kept in touch since then. Both of these 2, by the way, are graduating this spring - and totally on the way to the NFL. But I digress. Their stellar accomplishments are not what this post is about.

This post is about how awesome they are. These two incredibly nice and thoughtful college students, who take the time out of their busy schedules to love on our family. How lucky are we??? So so lucky.

Even if Bodie doesn't always think so. 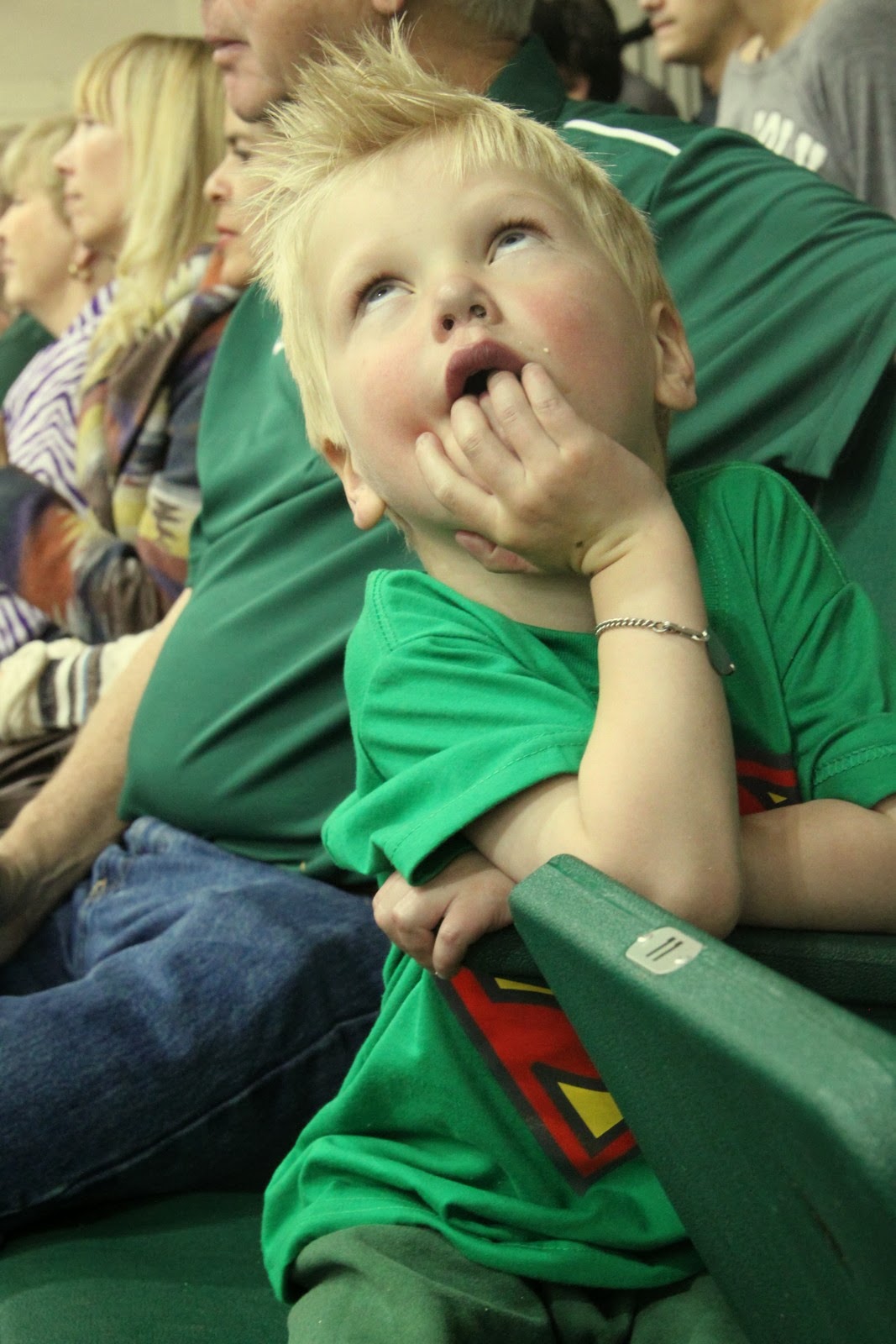 (This was sort of Bodie's expression for most of dinner - but this is how he shows his love. Trust us.)

I tell ya, if every graduating college senior was like these 2, our country would have a bright future indeed. Their parents should be so, so proud.

After dinner, we went to the Cal Poly basketball game and had a ball. 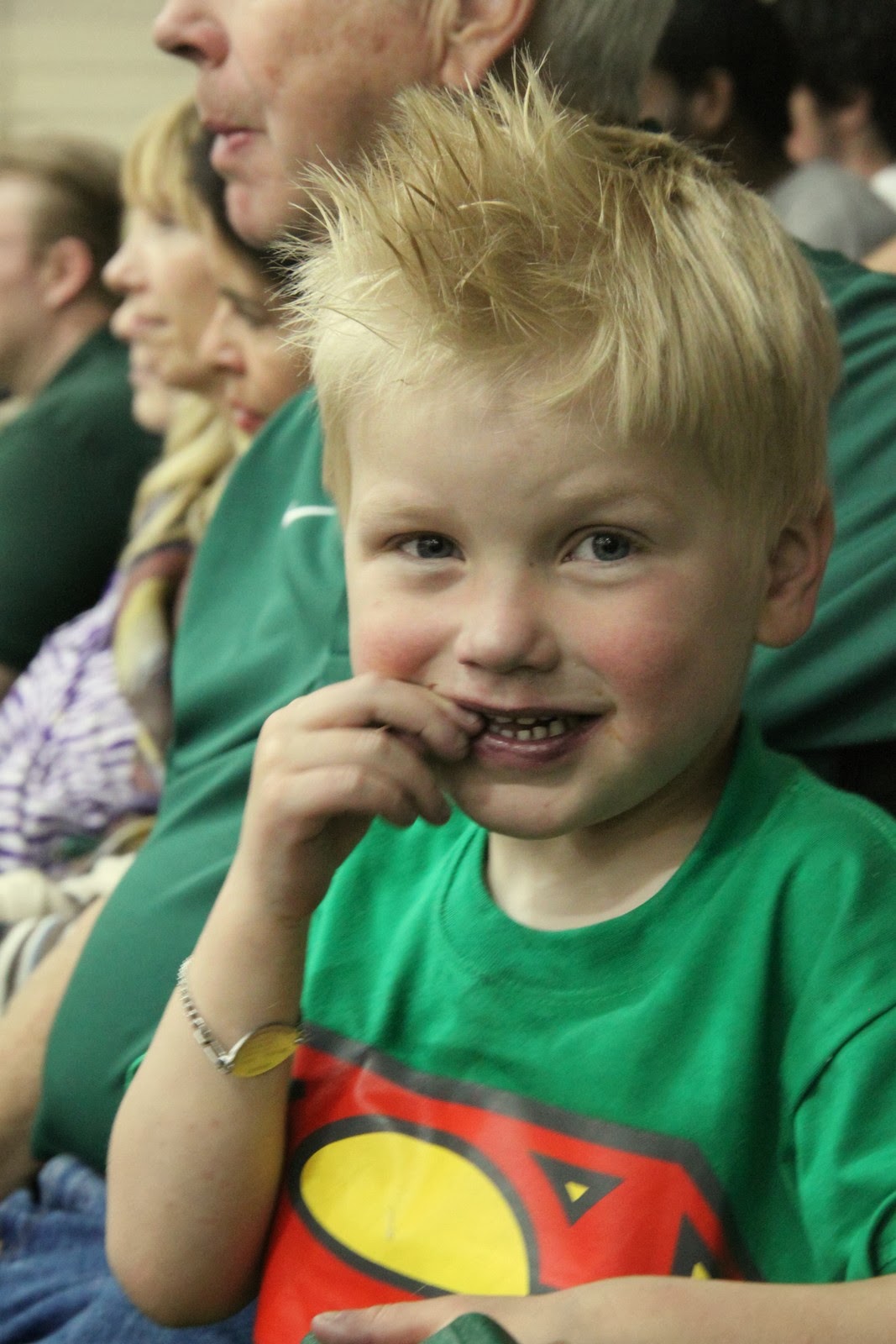 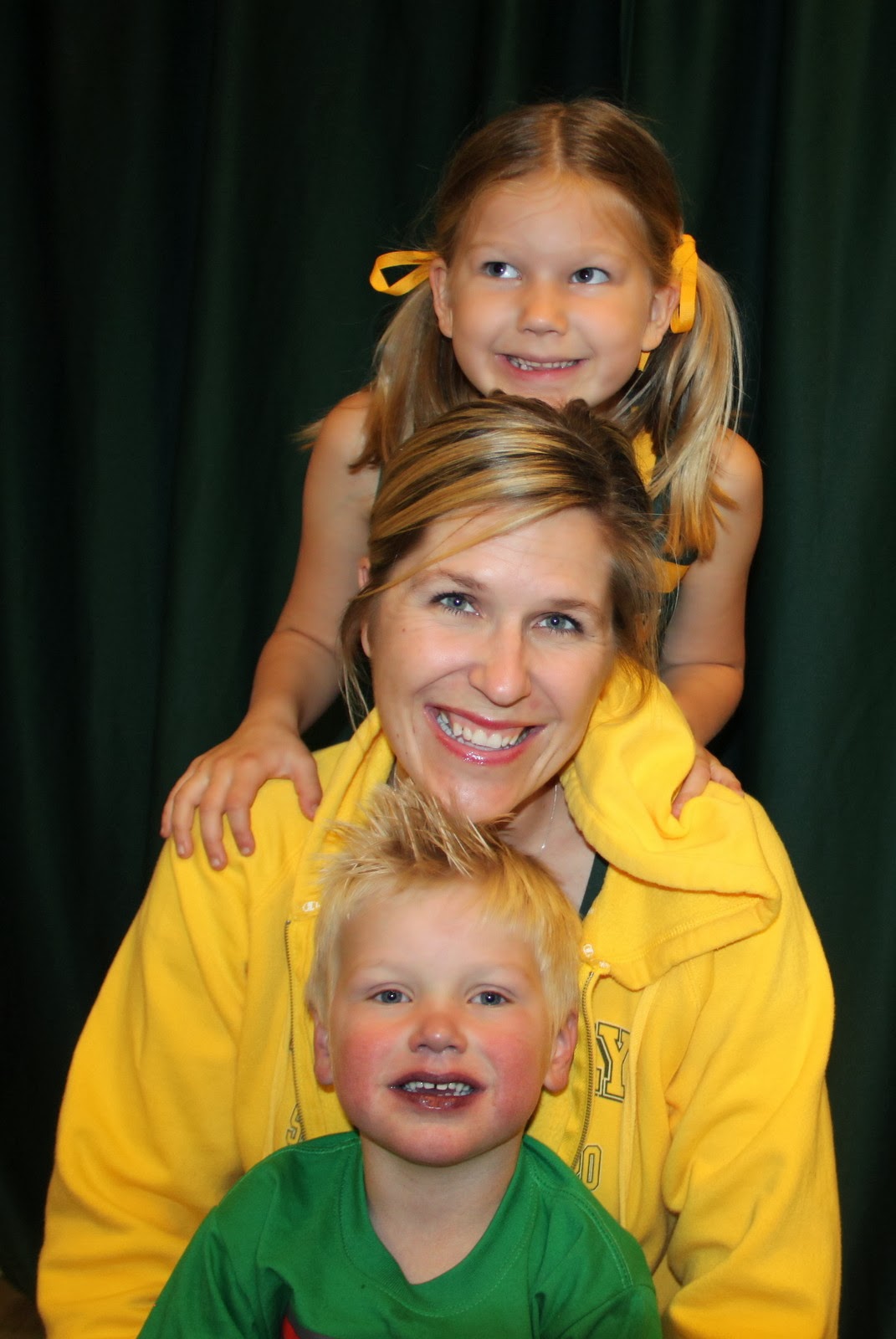 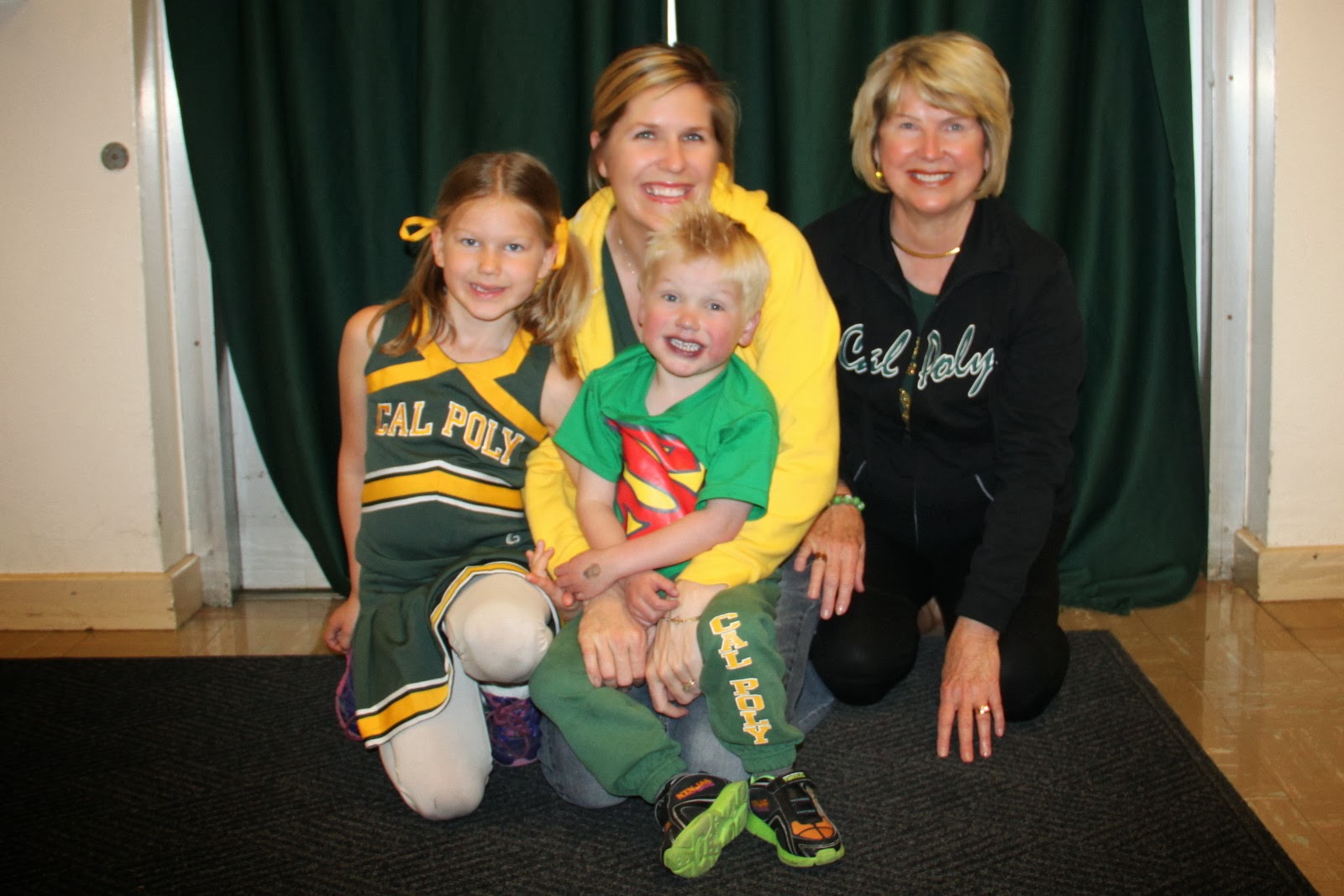 And then, we ran into Cole again. And because he's just such an incredibly kind and generous guy, he took Sierra over to the cheerleaders. And we saw the sweet cheer coach who we met last Fall. The one who let Sierra meet all the cheerleaders and hang with them during halftime last time.

And this time, totally unexpectedly, she got to cheer. 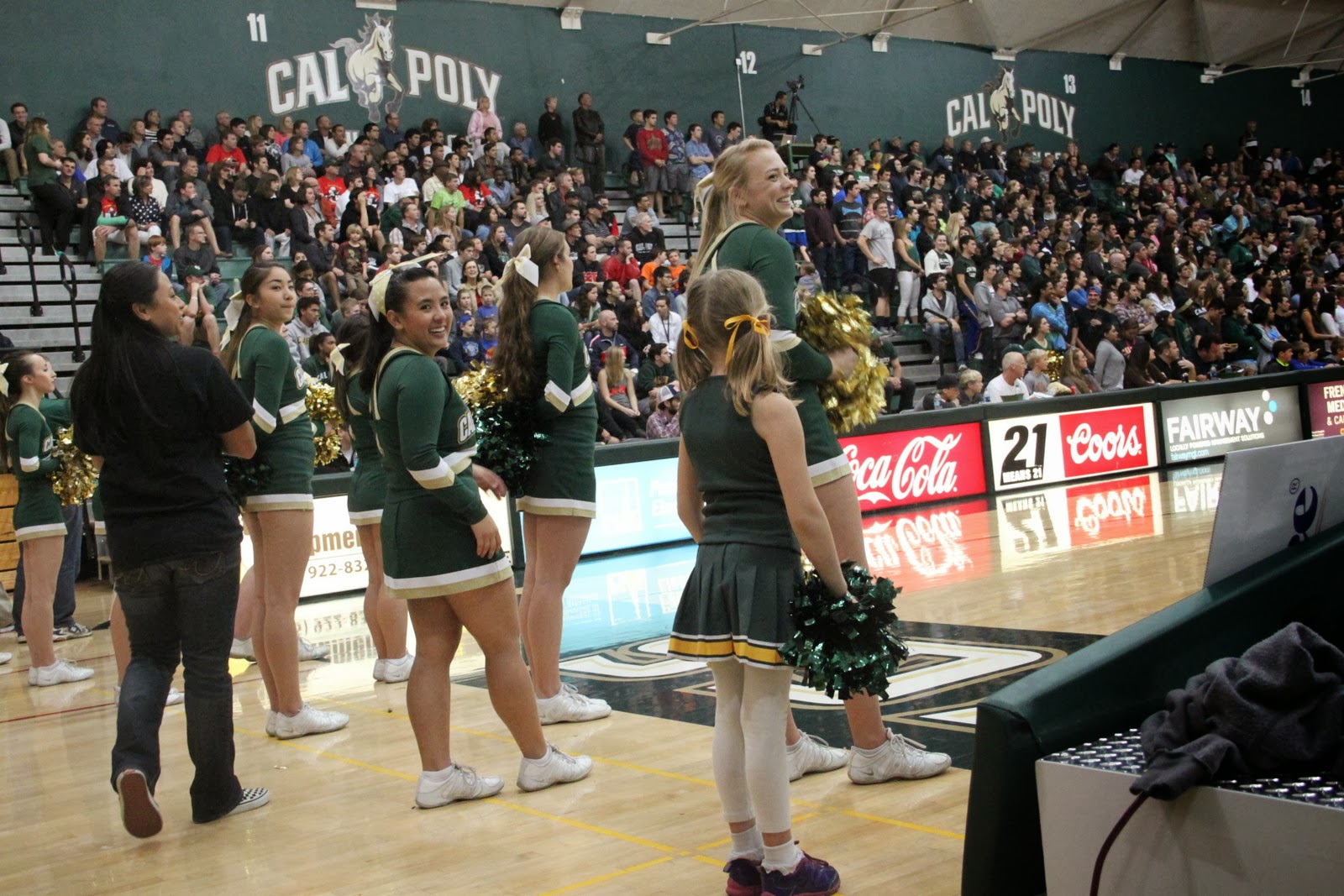 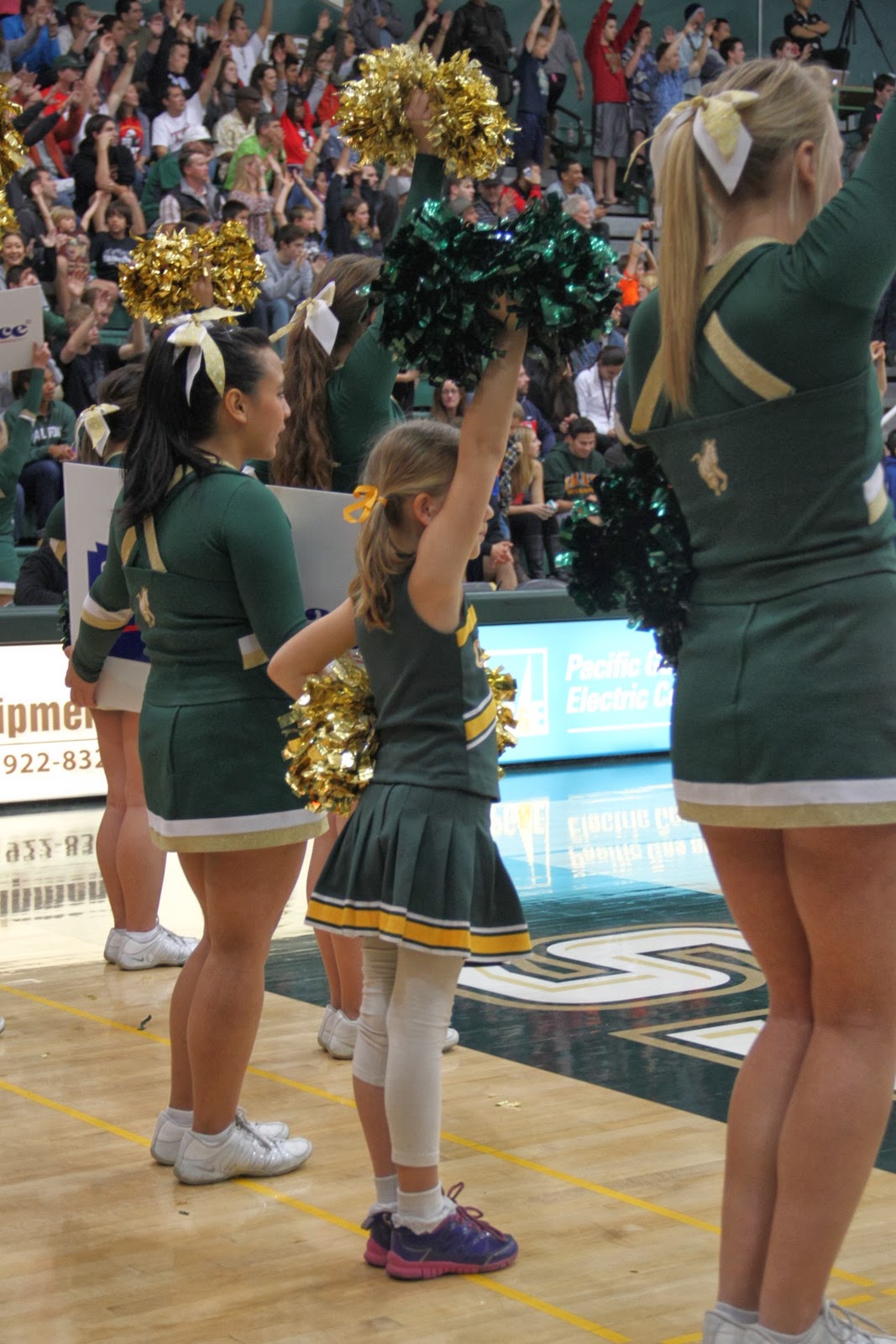 In the middle of the game.
Seriously.
Can you believe this?
Because I SO COULD NOT.
It was pretty ahmazing.

And, you know, get thrown up in a stunt or two. 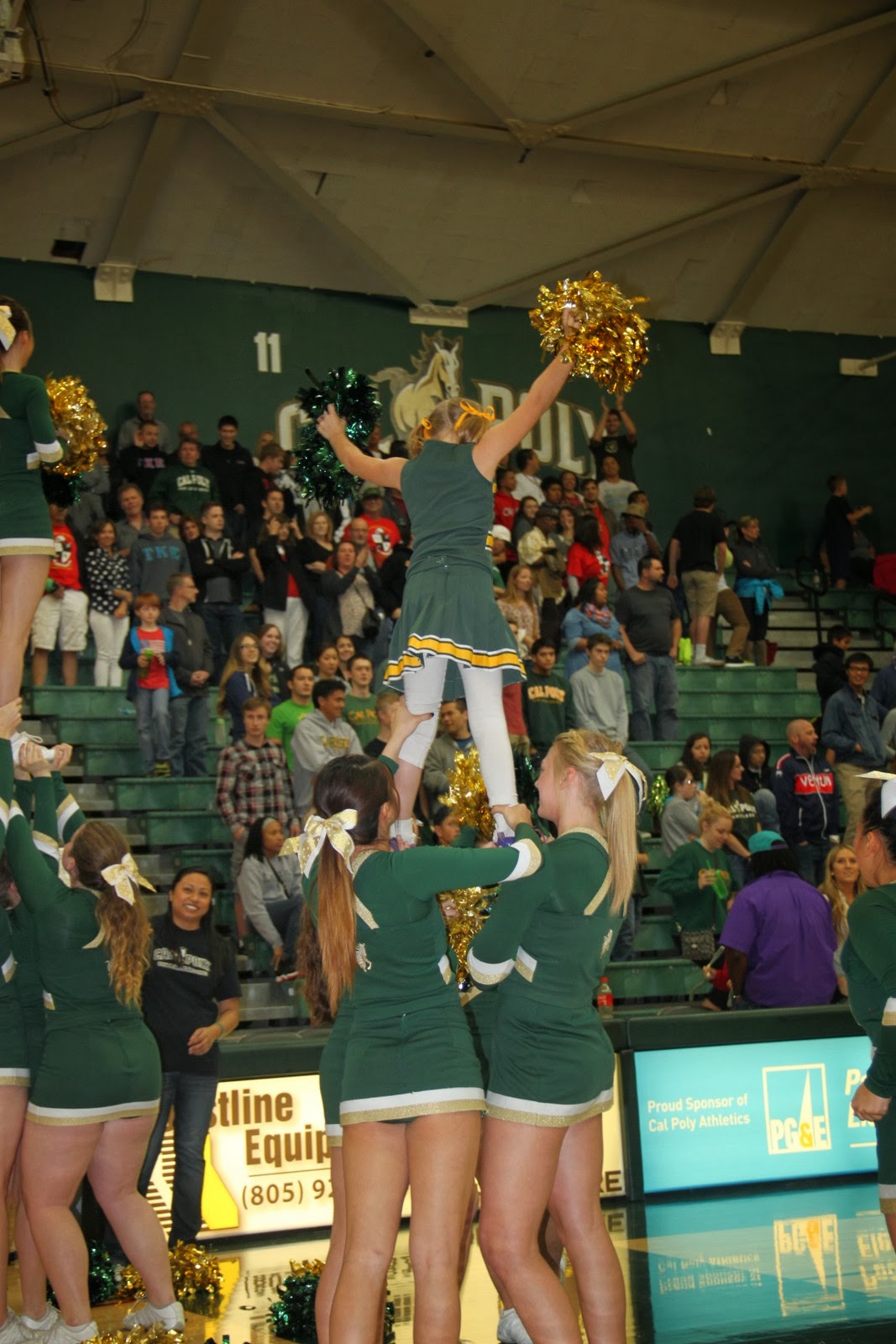 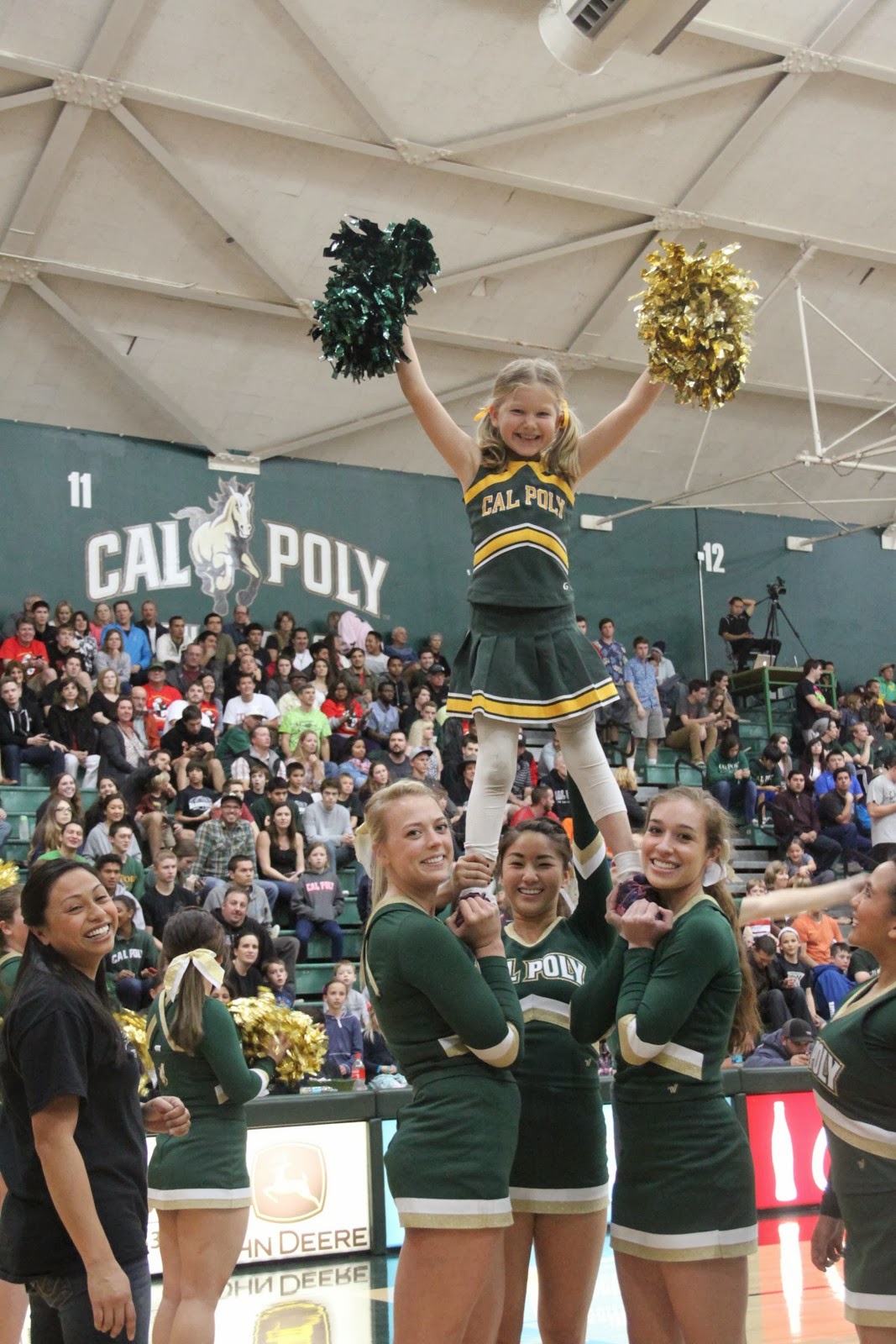 I honestly don't know who was more excited - her or me. :-)
Or, maybe Bodie, because he got to climb all over places he wasn't supposed to climb while I was taking pics of Sierra. 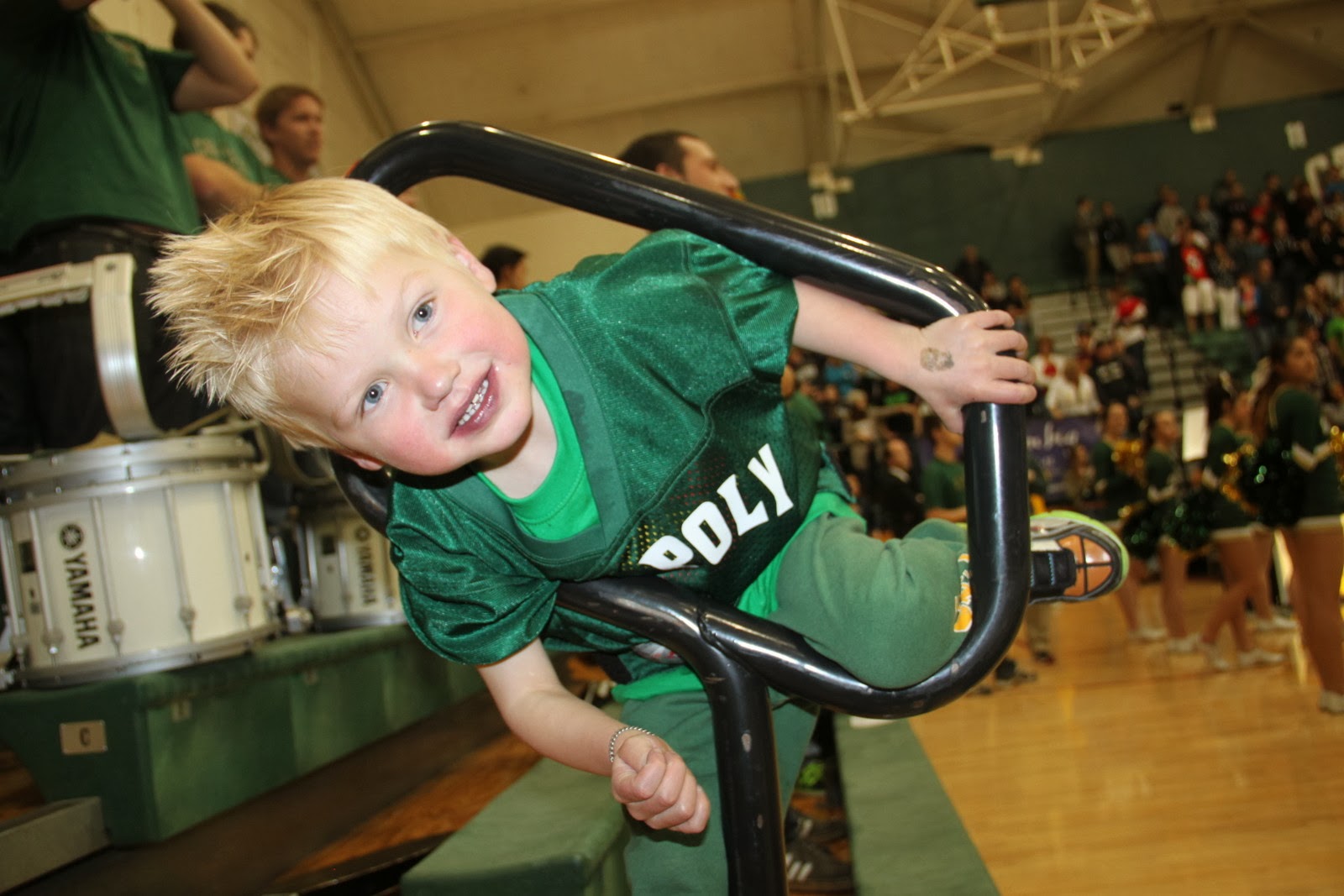 After the game, Sierra got to dance with the cheerleaders on the floor. 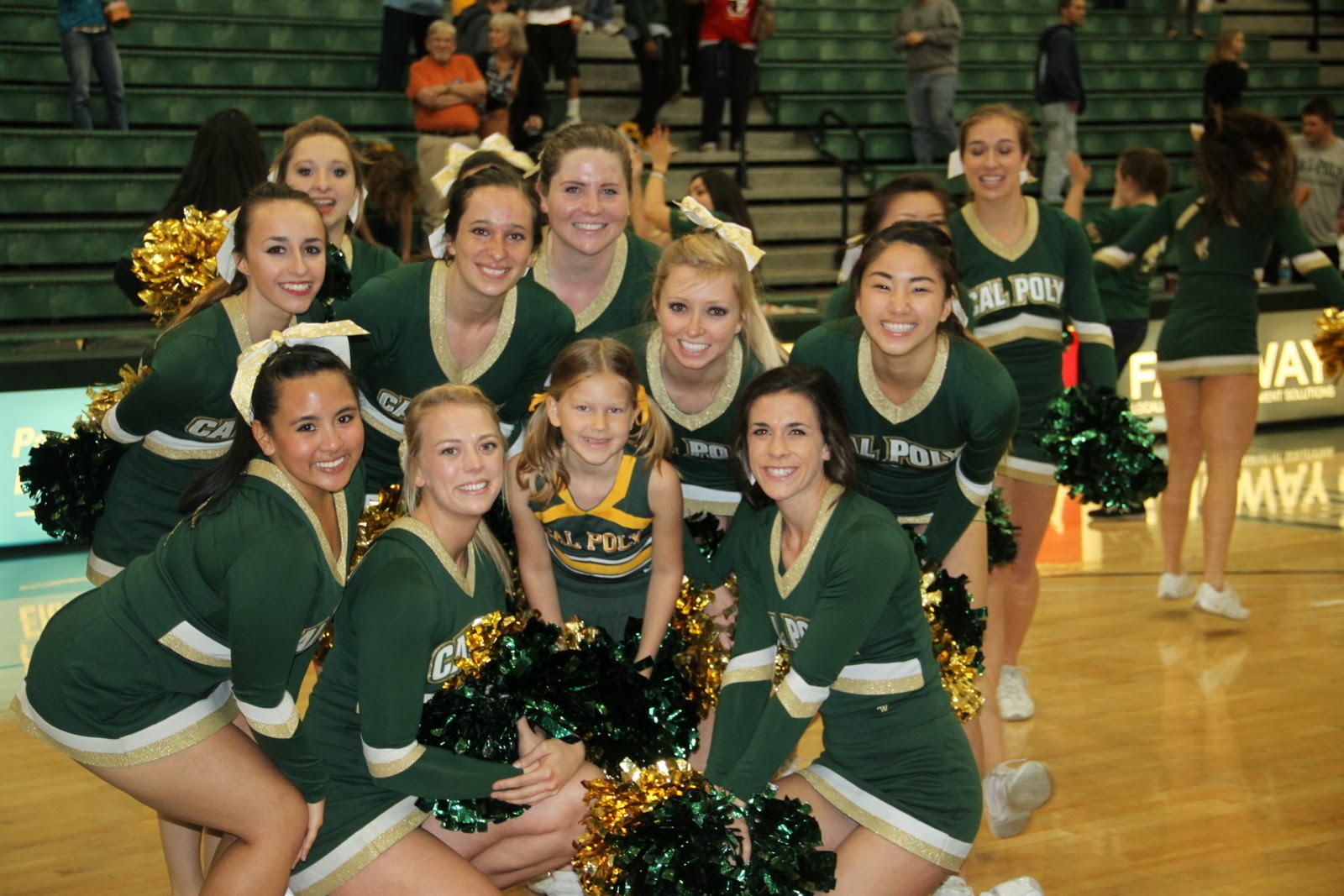 And Bodie got to meet the basketball players. Who he totally ignored (seriously). And the tuba player. Who he totally did not ignore. And press some keys. He was pretty impressed. 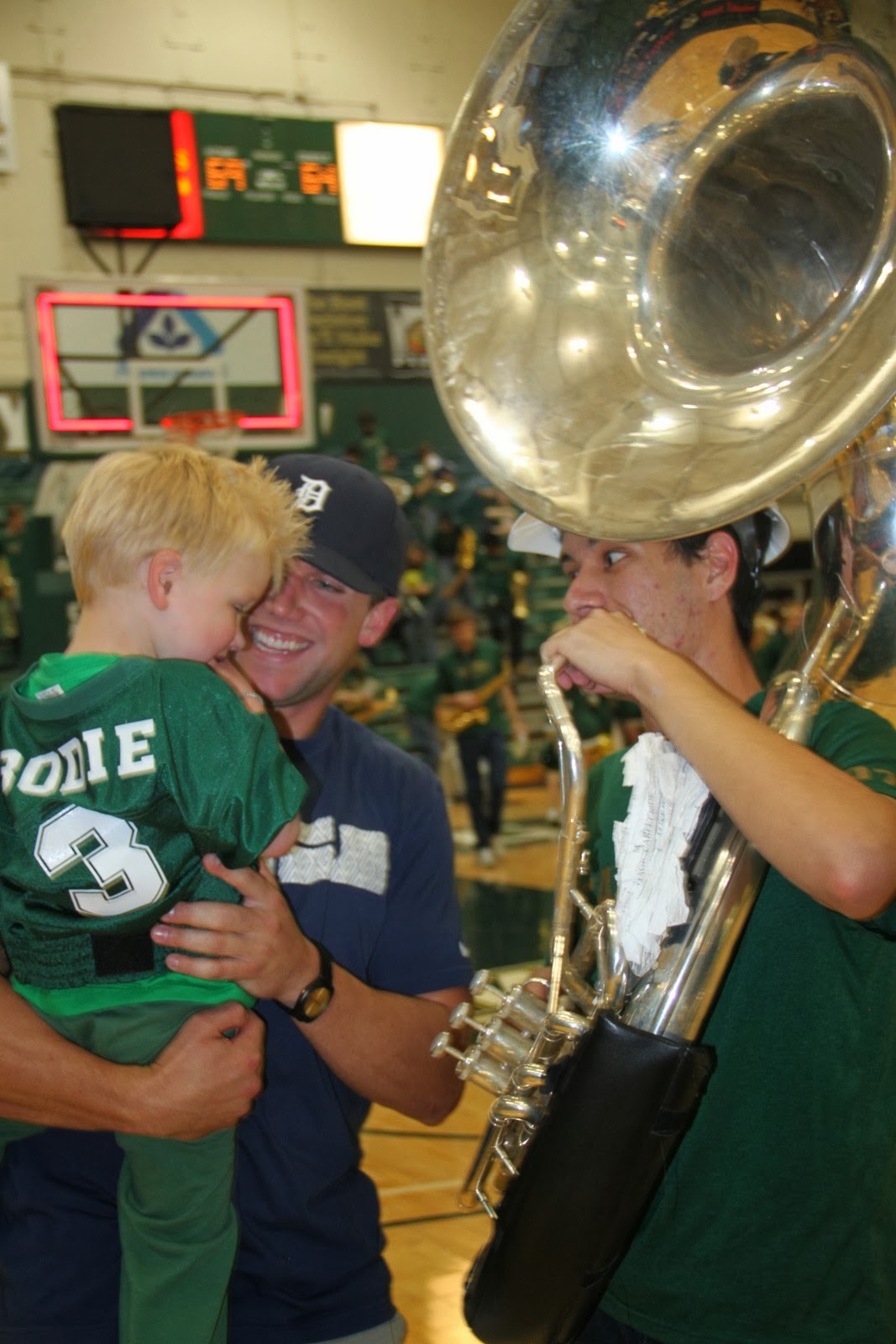 But I'll be honest. When we got home and called daddy to tell him all about the evening, he was most excited about the rib sandwich he won on the AMPM scratcher Cole gave him. This kid is so weird sometimes.

Like I said, we're beyond blessed to have Cole and Katie in our lives. Sometimes, big things come in little packages. And sometimes, they come in the completely unexpected form of big, burly football players with hearts of gold. 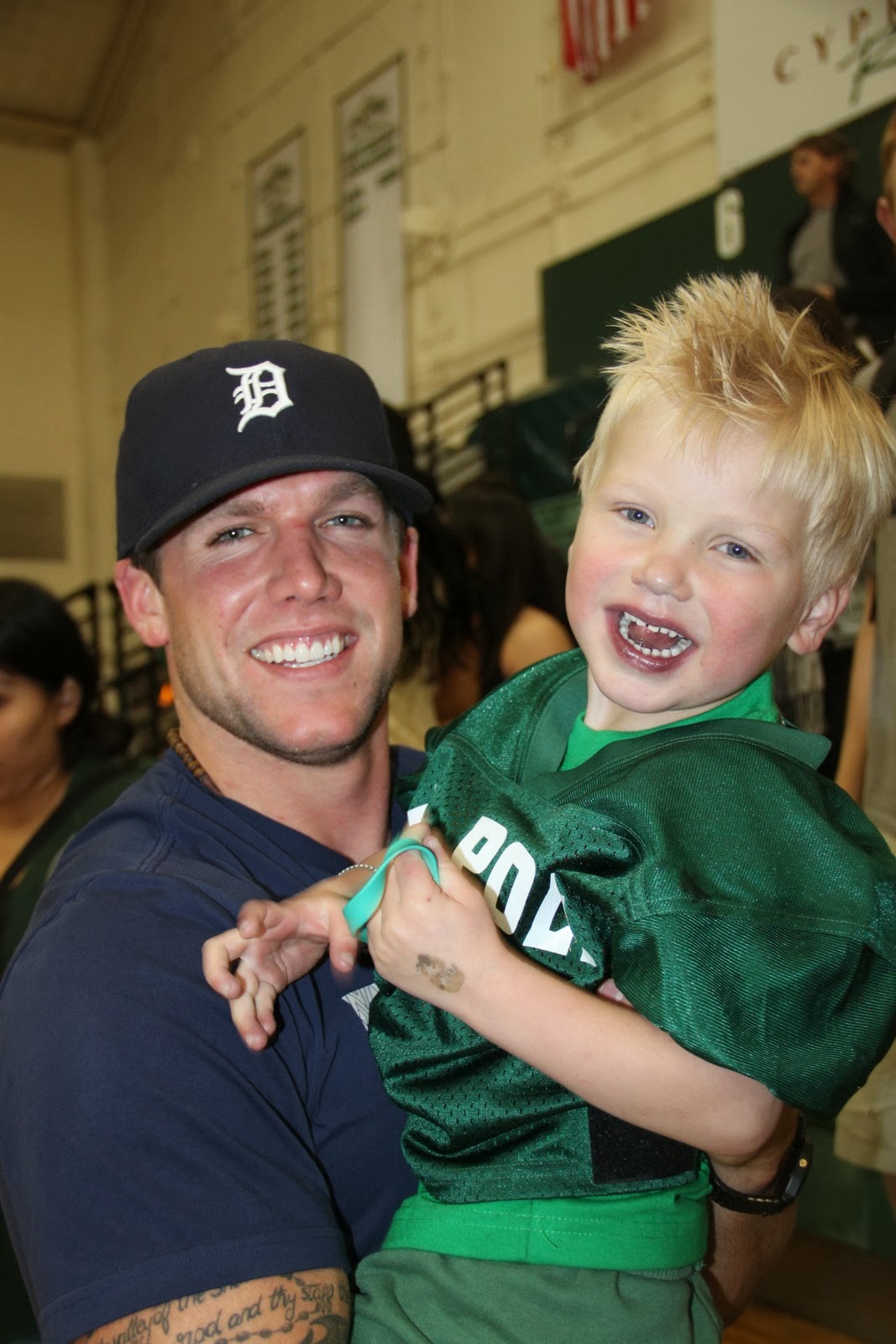 Thanks for being our guardian angels, Katie and Cole. We love you guys!