3 years ago this Friday, on August 19, 2013, our sweet boy had his pacemaker replacement surgery, just 4 days after another open-heart surgery. It was a scary time, but the surgery was a success and really got him on the path to Fontan recovery. 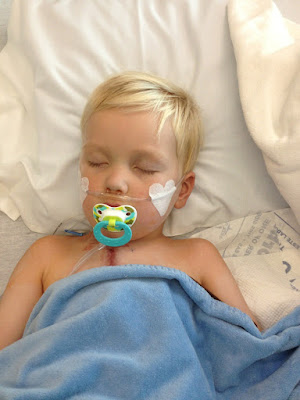 So, to celebrate his "pacerversary" (that's now a word, in case you didn't know), we're giving Bodie...

ANOTHER TRIP TO THE OR!!! 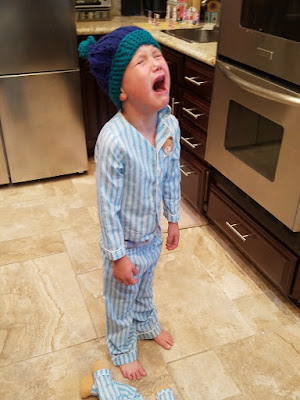 (Yayayayay! Aren't we seriously the best parents ever???)

Yep, Bodie's surgery that was supposed to take place next week got bumped up to THIS Friday (as in less than 48 hours from now). The rescheduling has been a monumental pain in the butt from a scheduling perspective, but we're trying to roll with it. The bigger concern was that Bodie has nasal congestion, so it has been up in the air all week whether surgery was going to happen.

But we had pre-op today and because his viral panel came back totally clear, he has no other symptoms, his chest x-ray looked great and everything else looks good, surgery is a GO. 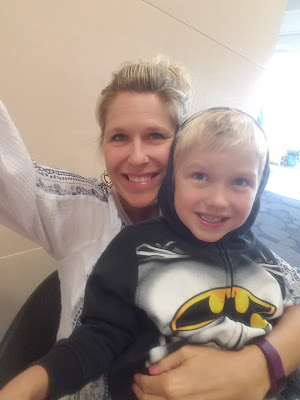 So, yes, not only did we give him an anniversary gift of another surgery, but we toyed with him all week, going back and forth all week about whether said surgery was even going to happen. Life in our house has been SUPER fun this week, let me tell you. Don't you wish you had parents like us???

It's been an exceptionally stressful week and not where we optimally want to feel going into surgery. But it's where we're at. So, as we head into surgery on Friday morning, we appreciate all the prayers you can send our way!

Please pray for:
1. Bodie to go into surgery in the best health possible, for his remaining congestion to clear up.
2. The surgery to go as smoothly as possible.
3. Bodie to have the least amount of pain possible post-operatively (this is probably the biggest request, since we are going into this surgery knowing that it will be a painful recovery).
4. Safe travels for Grandma Jan and Popo Alan, who changed their flight reservations to accommodate the rescheduled date.
5. Calm nerves for ALL OF US!

As an aside, every morning over the past few weeks, first thing in the morning, Bodie would rush to the calendar in the kitchen, wanting to count down the days until surgery (unlike the rest of us, he's pretty excited about the surgery). I wanted him to stop so that I could take a picture of him pointing to his surgery date.

He was totally uncooperative, and wouldn't point to the 23rd.
Can you see what day he is pointing to?
The 19th. 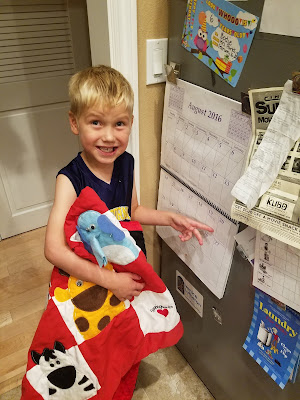 Except that this picture was taken on August 10.
The day before we got the call about rescheduling.
Crazy, right?

Clearly, Bodie has known all along that August 19th was his surgical date.
It would have been nice if he'd have let us in on the secret.
Just sayin.

As always, we covet your prayers over our sweet boy, his surgical team and our entire family.