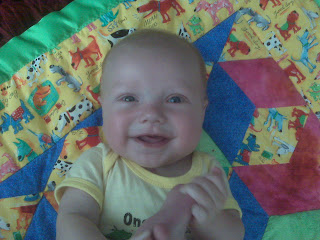 I have debated with myself for months about whether or not to post this blog entry, simply because I know that not everyone who reads our blog shares our faith. And, truthfully, I don’t want any of our faithful followers to write me off as a “religious nutjob” (is that even a word?) and stop reading the blog. Anyway, as I said, I’ve debated, and guess which side ended up winning? The side that always chooses to overshare. LOL. I felt it was important to share this. So, here goes…

During the 2008 presidential elections, a lot of things were put into perspective for me, particularly with regard to issues on the California ballot. A lot of issues that are loosely referred to as “moral ground” issues. One such issue was parental notification (the right of parents to be notified prior to a doctor granting their minor child an abortion). For some reason, the issue really hit home to me. While I understand the argument on both sides of the issue (had to get something out of my law school education, right?), it just struck me so profoundly that we were seriously debating the technicalities of allowing one individual to end the life of another. It really struck me how far America’s moral compass has shifted over time. (You can argue that the shift is a good or a bad thing, but let there be no denying that it has indeed shifted.)

In any case, I felt an undeniable calling upon my heart to do something with the sanctity of life movement. I didn’t know what it was, but I just felt that God was really calling me to that arena. I thought perhaps he wanted me to switch jobs, so I started looking for accounting positions within local crisis pregnancy organizations (I apologize to my former boss, Carolyn, who reads this blog and didn’t know until this exact moment that I was looking for another job!). I prayed ferverently for God to use me. I believe my prayer went something like “Father, I feel a huge calling on my heart for the unborn. I don’t know what it is, but I know you have plans for me. Use Me. Here I am Lord. Willing and ready. I don’t care how you use me. Just use me.” (Yep, how’s that for a loaded prayer? By the way, I don’t recommend praying a prayer like this unless you’re really ready for it – and without checking with your husband first! Uh - oops)

When God didn’t answer within the 5 second time frame I allotted him, I assumed I must have misread what I was feeling and promptly forgot about the whole issue. What can I say? Patience has never been my strong suit.

Enter February 2009, when we discovered we were carrying a child with Trisomy 21 (Down Syndrome) and a cystic hygroma (far too much fluid accumulating behind the neck of the baby). “Aha!” I thought. “THIS is what God was preparing my heart for!” From the very first moment our OB asked me incredulously “really? Even if the CVS test comes back positive for Down Syndrome, you won’t terminate?” I thought we had our platform to be able to speak for the unborn. It was a short-lived opportunity as that baby sadly died in utero a month later. It was a tremendously difficult period for us, but we felt as though God had used us in a wonderful way and we had “passed” the test. Boy, we had no idea.

Enter October 2009, when we found out our unborn baby had Hypoplastic Left Heart Syndrome. I’d say that blew the lid off of this calling entirely. The day my journey began as a heart mom. The day that our son and our family would forever after be a testimony to the sanctity of life. Every prenatal appointment when someone would ask curiously when I had found out about our baby’s condition (if we had found out early enough, why didn’t we terminate?). Every time I had to assure the perinatalogist that no, we were not interested in termination (we finally had to ask him to put something in the file because we were so sick of the discussion). Every time I have an opportunity to tell someone about Bodie’s heart condition and they look at this robust, cheeky little “normal” kid in awe. And every single time I run my hand up the beautiful scar on his chest. Yes, I found my calling. Just a lot closer to home than I ever imagined. 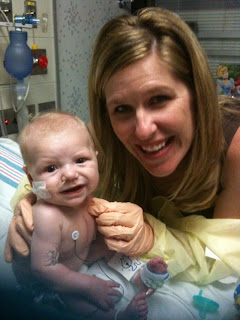