Even more of a miracle than we realized...

I meant to post about this yesterday, but completely forgot. The night before Bodie's surgery, he spiked a fever in the middle of the night, so they ran cultures on him. The respiratory culture came back positive, but because his CRP was still low (one of the first indicators of a serious infection), they sent him to surgery anyway and started him on antibiotics. Well, Friday, we finally found out what the bug was and apparently it was a really bad one - bad enough that he has to be in isolation so that none of the other kids catch it(we have to wear gown/gloves/mask when we're with him now (well, that is, if the nurse is really strict)). (At this point, he's fine - they had him on the right antibiotic and I think he only has a day or two left - and he hasn't had a fever since.) I asked our nurse yesterday whether they would have sent Bodie to surgery if they'd known what bug it was. She said probably not, since kids going into surgery battling serious infections can really get into trouble and have bad outcomes. WOW. So, we already thought Bodie's recovery was miraculous - and that was before we knew he was battling a crazy respiratory infection at the same time. Praise God!!!

Please continue to pray for Bodie. He is really doing great, continuing to tolerate his feeds through the NG tube (they've been steadily increasing them) and seeming a lot happier. But they're planning to run a battery of GI tests tomorrow that should determine whether he will have to have a g-tube. Please pray that the tests reveal he is NOT aspirating and will NOT need a g-tube. That would be another miracle for our little guy!!!

Oh, and here's a picture of him today, taken by Gigi as mommy and daddy went with Sierra to her BFF's birthday party:
Bodie 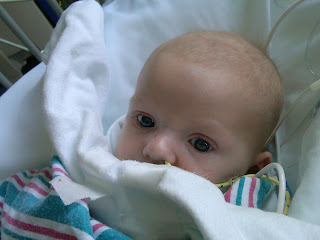 Sierra (at the party) 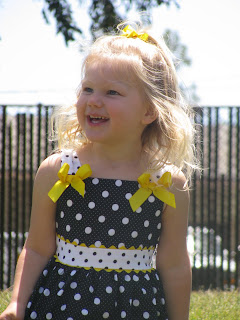 Thanks!
Amy
Posted by Amy Bennett at 9:41 PM